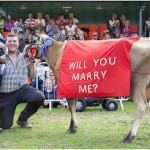 Thinking of getting married? Wondering when to propose? According to this research, Valentine’s Day is second to Christmas Eve for marriage proposals.

Apparently, a simple Will You Marry Me? is the most popular method of proposing (51%) but of course, there’s a variety of ways to do that. Here’s a few examples to give you some ideas and no, there’s no sign of a Miley / Glenroe proposal in sight (something along the lines of knowing each other for some time and neither of them getting any younger).

This marriage proposal was ploughed into a field and was 100 ft long and 24 ft high. Viewed from a local castle that they often visited, it was the perfect spot to pop the question. 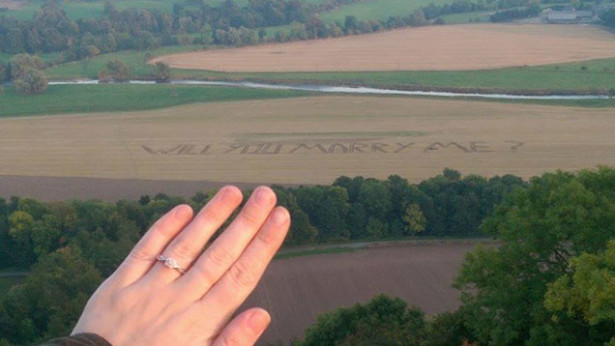 No expense spared with the next two proposal as they involve the hire of helicopters. This farmer used weedkiller to spell out the words in his field of wheat (I’d imagine most farmers would baulk at destroying some of their crop) and then brought his girlfriend up in the air to view the proposal. It could be risky though, after all, would she dare to say no if she feared being pushed out of the helicopter?! 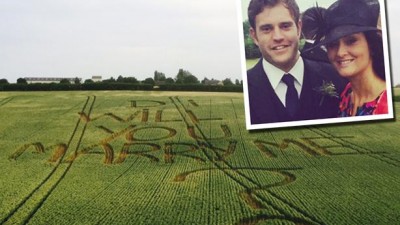 This Australian farmer stacked hay bales in a field, spelling out the proposal, and viewed it from a helicopter. 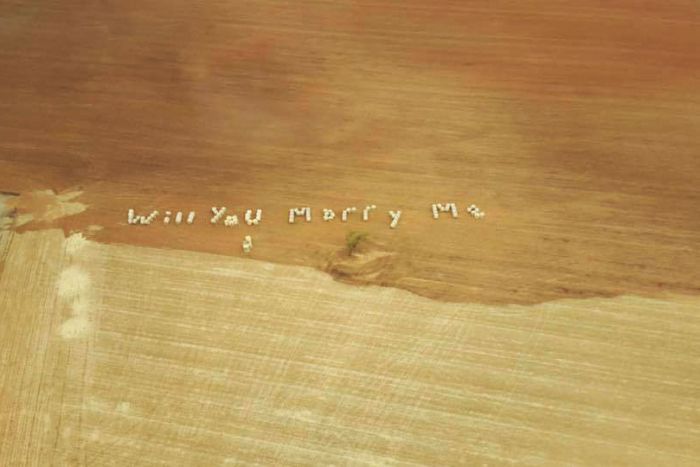 Another way to do it, of course, is to spray letters onto wrapped silage bales and it doesn’t involve flights. Some farmers use bales placed near the road, others opt for bales placed on a field hidden from public view! Which would you opt for? 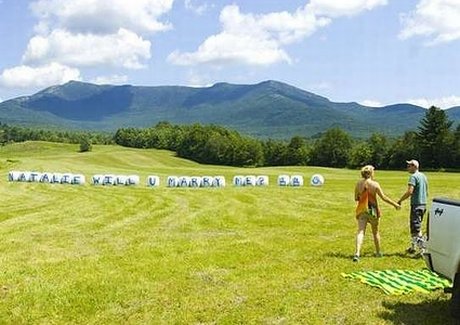 Alex led his prize cow into the showground at Ashbourne Show and his method of proposing to his girlfriend was to have the cow wear a huge banner bearing the words Will You Marry Me? Now, there probably won’t be any agricultural shows on in February but it could be worthwhile bearing it in mind until the summer! 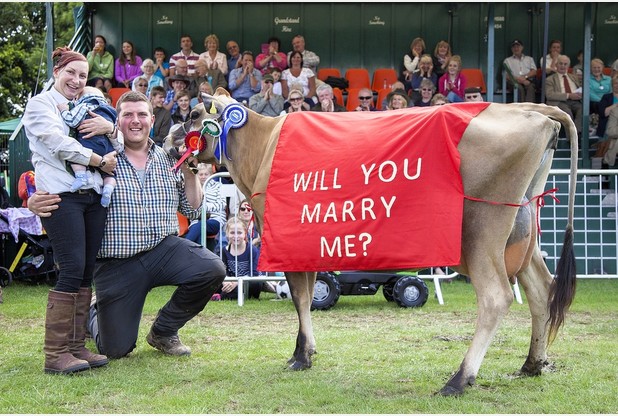 According to this research, Irish women prefer to be proposed to with poetry so good luck writing a poem into your field!

Whatever you do, don’t make a huge gesture of a proposal and then hand her the money to go shopping for the ring. Take the day off work and go with her, you’ll probably end up spending more but it’s about having a good time and making memories too.

How did Brian propose to me? Well, we’d had a row on the phone (we were always useless at long distance relationships) and he got in the car and drove the hour to see me and by the time he arrived, he decided to propose. It certainly wasn’t what I expected but I said yes and we got married eight months later. We’ll be married 24 years this August – eeek! Feeling very old!

I always wondered if anyone had ever proposed with my first book, entitled Would You Marry A Farmer? and I was delighted to hear that it has happened on at least one occasion. Two women were looking at my second book at the Ploughing Championships in September and one commented to the other that her brother had used it to propose. On asking more, I discovered that he had a bottle of champagne secreted away as well and yes, she said yes. If you’d like to give it a go, the book is available in paperback from this website and from Amazon. 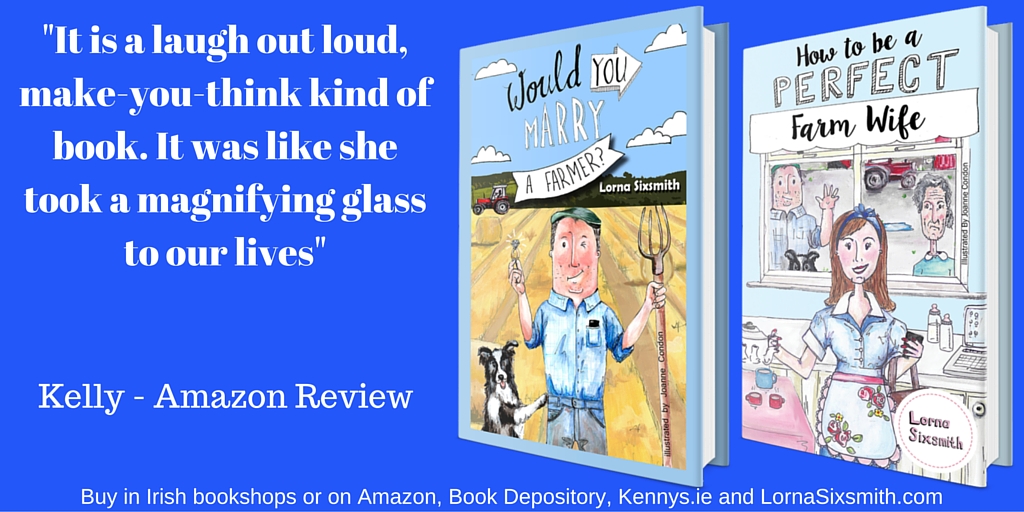 And if you are already married, I’d love to hear how the proposal happened.