Women in Irish farming, women in politics, women in positions of seniority – it was very much in the public spotlight on days such as Little Christmas / Nollaig na mBan. Some don’t agree with gender quotas or the existence of the glass ceiling – others argue that women are definitely still treated as secondary citizens in many areas. 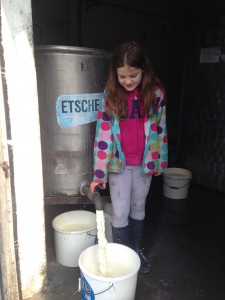 It’s widely known and recognised (both in academic research circles and amongst most farmers) that women’s contributions have long been undervalued on farms. My book recounts some stories of the work that women had to do on the farms for decades. While men took care of the crops and the sale of animals, women milked cows, fed calves, fed poultry, hauled water, fed pigs, chopped sticks, brought in turf and that was before she even started baking bread or washing clothes. ?Milking cows was seen as women’s work by most male farmers until the payment came by cheque and mechanisation was introduced.

Now we are in 2014 – is women’s work still undervalued on farms? Are women still an invisible workforce? What about the women who are registered as farmers or who wish to become farmers – are they considered to be ‘true farmers’? What is life like now for women in Irish farming?

I was recently at a ‘Women in Agriculture’ forum to discuss research presented by Lily Mulhall on behalf of the National Rural Network and they are publishing their research and recommendations. Here’s a snapshot which makes for interesting reading.

27% of the Irish agricultural workforce are female.

13% of Irish farms are owned by women which equates to 15,500. They hold 10% of the agricultural land and 8% of the SFP payments go to women. This is in stark contrast to Galicia in northern Spain where 58% of the women hold land and receive 44% of the SFP.

Very few women under 35 own farms, it is a paltry 0.5%. 27% of the female farm owners are over 65 (this probably means that most are owned by widows).

Only 11% of farmers over 50 have identified a female has a successor to their farm. ?(This scares me as my husband and I aren’t too far from 50! However, as our daughter is 9 and our son is 11, it will be a while before we will be deciding on a successor!)

They interviewed 23 farming women in the South East so the figures aren’t huge but provide a good indication of experiences and concerns. Their issues included:

How to get more women farming

These are some of the suggestions presented by the research:

Recommendations by the NRN research: 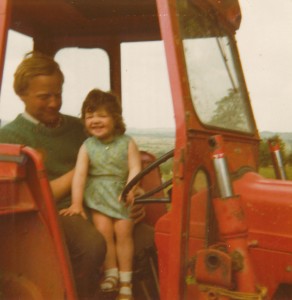 As you can see, plans are in place to encourage and promote women in farming. For those of you who don’t know my story, I will tell you my own situation. ?I was brought up on this family farm with my younger sister and brother. I enjoyed being out on the farm as a youngster – following my dad around the yard, as a passenger on the tractor, feeding calves, stacking bales etc. My father never encouraged me to milk, in fact, he positively discouraged it. Not because he was being sexist in a negative way but he had seen too many case of women being left to do all the housework and yardwork including milking the cows while lazy husbands went to the pub after the mart. While he might have been sexist in seeing feeding calves and housework as more appropriate work for women, he saw the value in that work as a necessary part of a farm – he just didn’t think women should have to do it all and he wasn’t of the generation to don an apron!

I never planned on farming – I had a younger brother and presumed he would farm. My husband was brought up on a farm but as the second son, he left the farm to go to university. We both worked in the UK for over ten years, securing degrees and working away. We returned to farm in 2002 offered us the farm. Our son was 3 weeks old when we came back.

I’m the legal farmer here – the farm is in my name, the herd number is in my name. Obviously enough, we have a joint account and equal access to money. However, if anyone asked me for my occupation, I’d probably say I’m a social media trainer. ?In time, I might even describe myself as an author. I see my farming as part-time hence it is my secondary occupation. Once cows start calving, I’ll probably work for 20-25 hours a week feeding calves etc from early Feb to the end of April. The rest of the year I help with paperwork, stand in gaps, help with dosing, collect spare parts and do errands, bring in cows for milking etc. ?I was so busy with the book in November and December that I think Brian realised how many of those jobs I did and how they ate into time as he ended up going on errands etc. As he said one day, he needed his farming wife back and I needed an assistant! ?It’s partly out of respect to other female farmers and indeed, hard working farmers like my husband too that I don’t describe myself as a farmer as my primary occupation. After all, if I was to farm full-time I’d be doing about 70 hours a week here!. Apart from being busy with other stuff, my skin wouldn’t stand it. I have eczema which is kept at bay by one anti-histamine ?a day and keeping an eye on diet. I’m allergic to dairy products, horsehair, cowhair, straw, hay, grass pollens ……. and yes, when I’m feeding calves I’ll be increasing my anti-histamine tablet intake. I could never bed calves for example – the straw would drive me insane.

I quite like this quote by Stephen Fry:?We are not nouns, we are verbs. I am not a thing – an actor, a writer – I am a person who does things – I write, I act – and I never know what I am going to do next. I think you can be imprisoned if you think of yourself as a noun. I write, I teach, I farm, I mother, I nurture …. 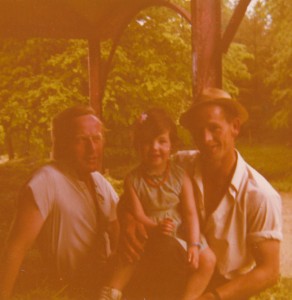 Oh, and I kept my own name when I got married 21 years ago – I did join the James on to double barrel it for a while but hated it. Just use Sixsmith everywhere but yes, although the kids have Sixsmith as ?a second surname they don’t use it -w ay too much of a mouthful. Would it matter to me if my daughter farmed, changed her name on marriage and her children had a different name? I love my daughter so much she could do anything and I’d still think she was wonderful. ?I’d love to see her inheriting here if she wanted to do it. ?She is the apple of my father’s eye too and I think he would share my opinion if he was to live to see her inheriting the farm.

I’m interested to hear what you think of all this. For example, do you think we need a separate women’s unit in the Dept of Agric? Could the media do more to promote the image of women in farming? Do women need female farming groups? Do women need more confidence?

4 thoughts on “Women In Irish Farming – are they still invisible and undervalued?”