Ireland’s winter has now been going on for almost 12 months – it started last May when we had to rehouse cows at night and with the ridiculously wet summer, it was tough going to keep cows out, cattle were in and out and getting silage cut for the winter was a challenge!

The fact at the moment is that numerous farmers are undergoing severe fodder shortages. Yes, there are farmers, mostly older ones, that weren’t aware the quality of their silage wasn’t good, they didn’t get it tested and hence didn’t supplement their animals feed sufficiently. Cows in calf to ‘big’ sires, giving birth to big calves, just didn’t have the strength to get up again after calving and many ‘went down’ even before calving. Vets have had to do more Caesarean sections than normal and also having to put cows out of their misery after the birth. ?That is one problem. The other is that virtually all farmers are either completely out of fodder or nearing the end. We have about a week of silage left. ?Normally the heifers come to the home farm to be inseminated at the beginning of May – there isn’t grass for the cows let alone the heifers – we’re looking at ways to supplement the silage both to make it last longer and to ensure that these heifers are still growing and will be well able to give birth next February. 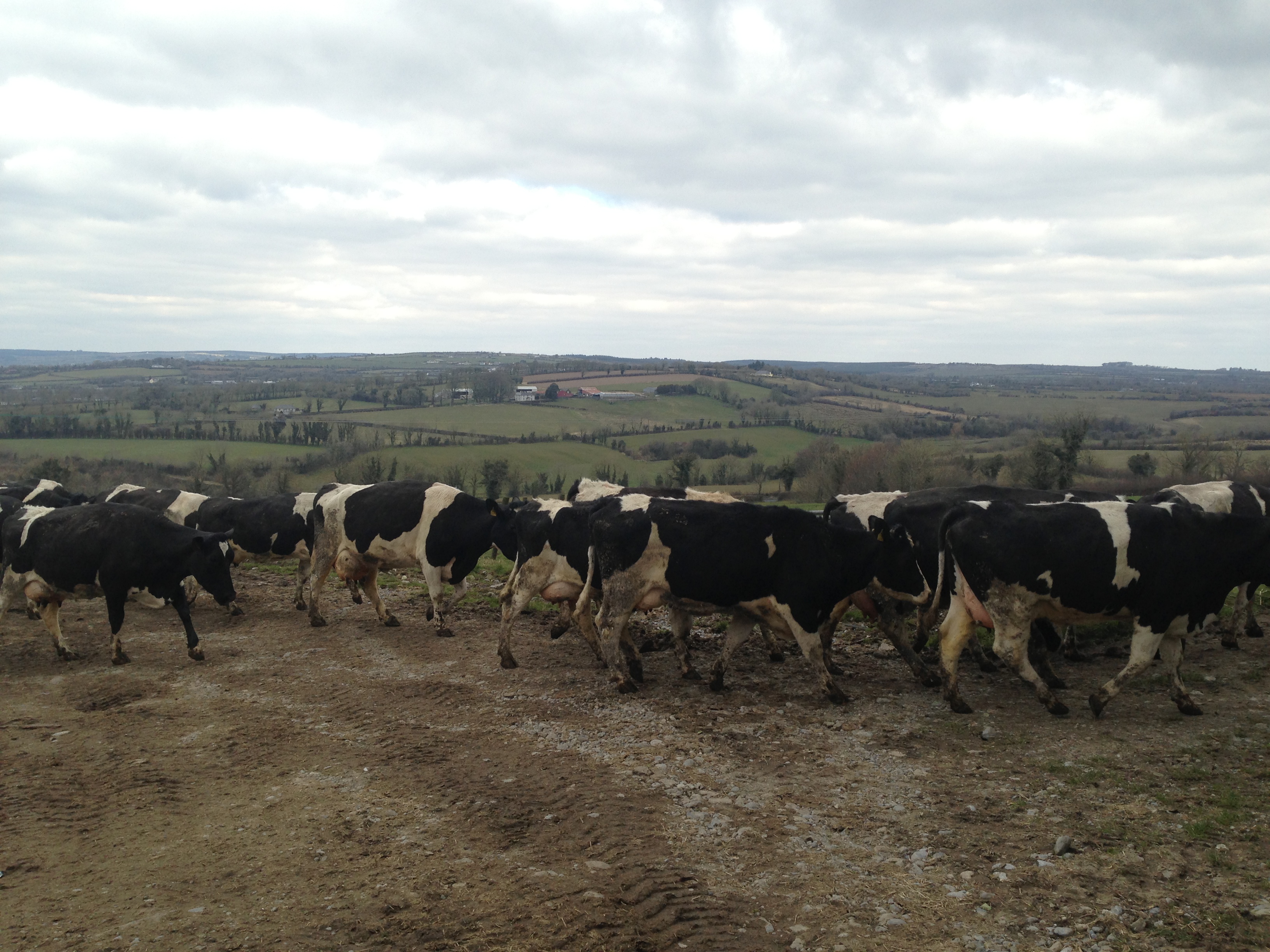 Many farmers are in dire straits – some just didn’t get to make enough fodder last summer, other parts of the country e.g. Cork are accustomed to turning their cows out as they calve from early February hence they would be used to preparing for ‘short’ winters and many have been low or out of fodder for weeks. ?Cattle need roughage (hay, silage, straw, grass) in their diet, they can’t manage on concentrates alone. ?This article in today’s Irish Examiner shows how farmers are being left to their own devices to cope with this unprecedented harsh winter. Our Agriculture minister has told banks and merchants to cut farmers some slack and extend credit. He has made ?1million available to cover costs of transport of feed from the UK but it seems to be a dip in the ocean. As stated in the article, Teagasc always advises farmers to have 20% extra fodder available for emergencies but even that may not have been enough on some farms.

Crazy prices are being paid for bales of silage. Normally approximately ?22-30 per bale, anything over that is extortionate especially regarding the probably low quality of silage from last summer. ?According to sources on twitter and locally, silage bales have sold for as high as ?56, one farmer bought 300 bales for ?69 a piece and there was an auction in Kilkenny whereby 300 bales were sold in lots of ten at ?73 a piece. Seeing people profit on other people’s misfortune leave a bad taste in my mouth and it always shows people’s desperation when they are paying those prices. ?Farmers care about their animals and would prefer to go without food themselves than hear their animals bawl with the hunger. We got a few cows scanned today that weren’t cycling and the scanner said he isn’t seeing any thin cows – but then farmers who are working day to day and driving miles for bales of silage won’t be thinking about getting cows checked and starting AI, they’ll be trying to get some food for them! 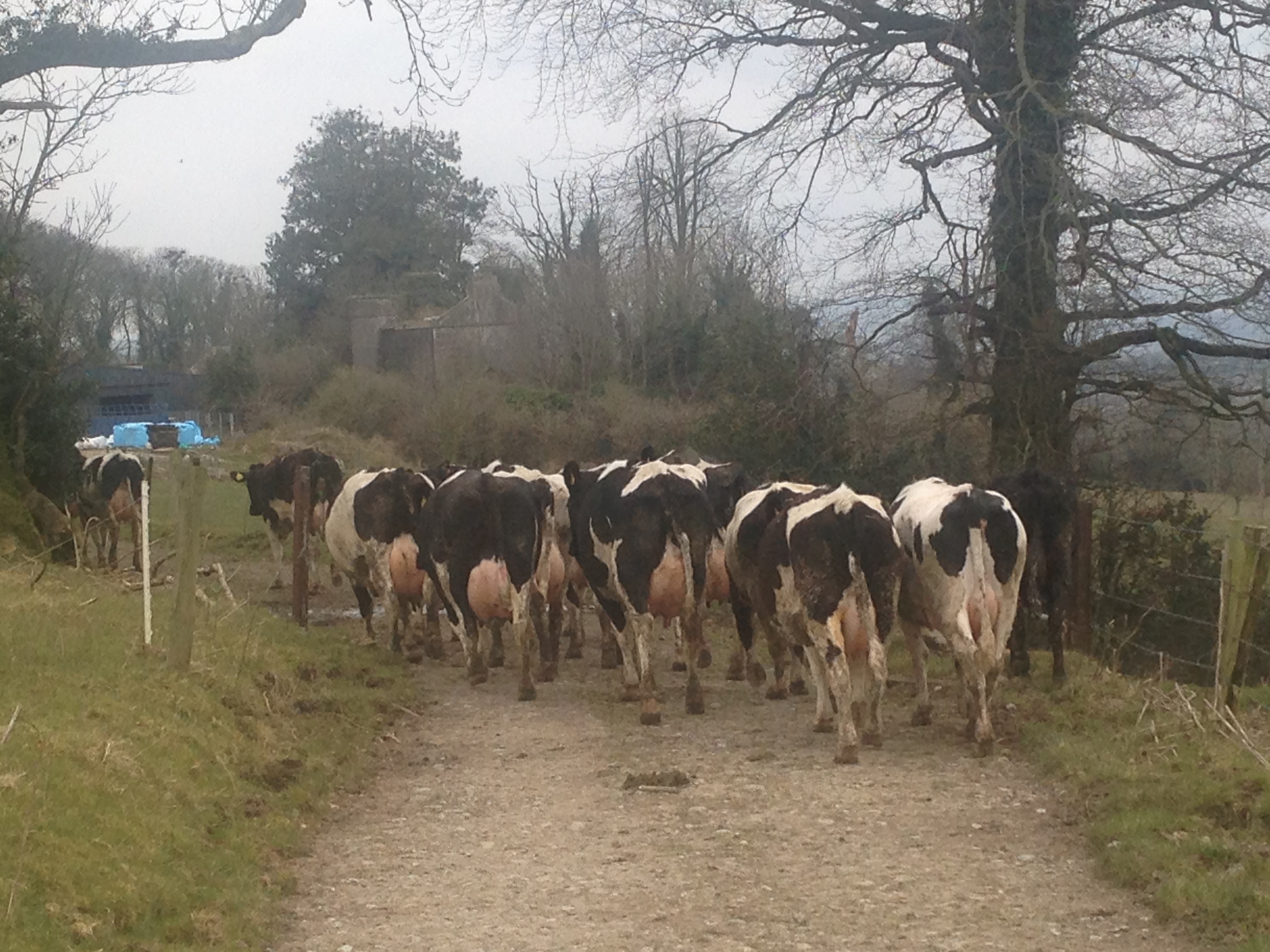 What makes me angry and very upset is a horrific story of a very recent suicide and it has been confirmed by twitter sources though I can’t find any reference to it in newspapers. ?Apparently he went to his bank to look for credit to buy fodder for his animals and was refused. I don’t know if he was a dairy or suckler farmer but apparently some merchants aren’t extending credit to suckler or sheep farmers. ?Having being refused by his bank (which was probably bailed out by the tax payers), he snapped, went home and shot his 40 cows before shooting himself. It is just horrific. The banks that were bailed out by the taxpayers can’t bail out a farmer. Now, I know we don’t have access to credit history or know anything about the case ?but …… Simon Coveney was on the news today, releasing a helpline number, saying that no animals should starve, no farmer should be too proud to ask for help. Is it too little too late?

According to this report, there will be emergency assistance, no farmer should see his animal starve. But the fact is that many have starved already – or at least died or been put down as a result of malnutrition. Farmers aren’t looking for handouts but they do need the banks and the merchants to cut them some slack. The Glanbias and the Dairygolds aren’t going to go under. Farmers are sitting on assets, their land. The merchants will get paid eventually. The article also mentions the ‘strong commodity prices’ available at the moment! The milk price may be good but our dairy cows are selling for an average of ?400 less than they were 4 years ago. We sold cows for ?10K on Monday and gave one of our merchants a cheque for ?11K on Tuesday – a tip of the iceberg! To be fair to that merchant, they haven’t put any pressure on us at all and always thank us sincerely for every order, even if it feels like we are ordering feed every second day! 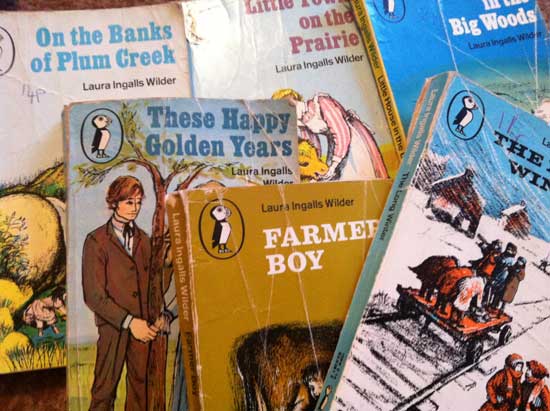 Over Christmas, I reread ‘The Long Winter’ by Laura Ingalls. Back in 1880, their small town had been all but abandoned by those in the East, who gave up trying to get food to them on the railway. Although they had killing their cow and horses as a last resort, the seven month winter meant that they were reduced to grinding the wheat for one loaf of bread per day and burning twisted hay in the fire. ?That was 1880. It is now 2013. Transport is not a problem is terms of getting fodder to farmers – there’s hay coming in from the UK, some farmers still have surplus silage bales. As Coveney said, no animals should starve. No one should be driven to suicide either – not in this day and age.

It is hard to believe that next Wednesday will be 1st May – heaven help us if it is a poor summer.

4 thoughts on “The Long Winter”