Did you know that farming is the second most dangerous occupation- second to mining? I would have thought farming came much further down on the list but this profession, which can seem to idyllic in many ways, is realistically highly dangerous. Anyone brought up on a farm can probably remember near misses. I know I can recall falling from the front of a tall trailer load of hay, luckily I hit the ground without coming into contact with the towbar or anything else made of steel or iron. I was travelling to the outfarm with our workman one day, I was sitting happily in the trailer when the pin fell out and the tractor went on, leaving the trailer behind. Luckily, it ground to a halt particularly as we were going downhill and it just might have kept going and ended up goodness knows where. Playing on bales in the hayshed was a common pastime – never once dreaming of the dangers of what might happen if we slipped down between bales. My younger brother was three years old the evening we couldn’t find him – we were hugely excited to find a dog had pups and we thought he was inside with my mum and she thought he was with us and our dad. We found him near the slurry pit, having a wander around. Children have died on Irish farms doing just these things. 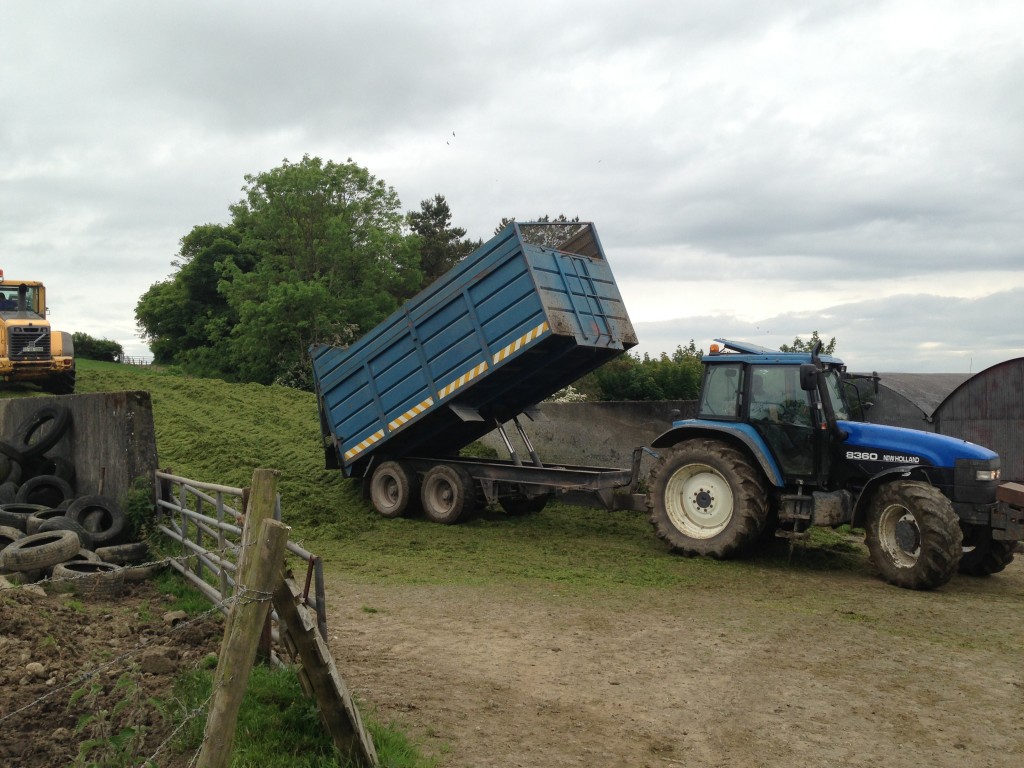 In many ways, we are much more safety conscious now, my kids don’t use the yard like a playground in the same way I did. ?When the silage is being compacted into the pit, all the work is done by machinery now – when I was a kid, there would have been 2 or 3 men spronging out the silage in between the tractor with the buckrake. ?The passenger seat on the tractor has a safety belt. Tractors have a cab, both doors on and they close properly. Slurry pits are surrounded by high fences and have agitation points. But there have still been 16 farm deaths in 2013 (four were children) and 14 so far this year. Machinery is getting bigger and accidents with machinery account for quite a few deaths. Livestock aren’t necessarily handled as often and hence aren’t as tame as they used to be. People are working in isolation rather than having employees so they are doing jobs on their own and taking a risk or there is no one to call for help if there is an accident. This report shows how a son saved his father’s life but we all remember the three family members who died from slurry gas last year as they all went to each other’s aid. Older farmers are helping out and their reaction times aren’t as quick as they used to me, leaving them exposed to dangers. With one parent working off farm, the farmer often has to double his work with childcare which means having children on the tractor which isn’t ideal. 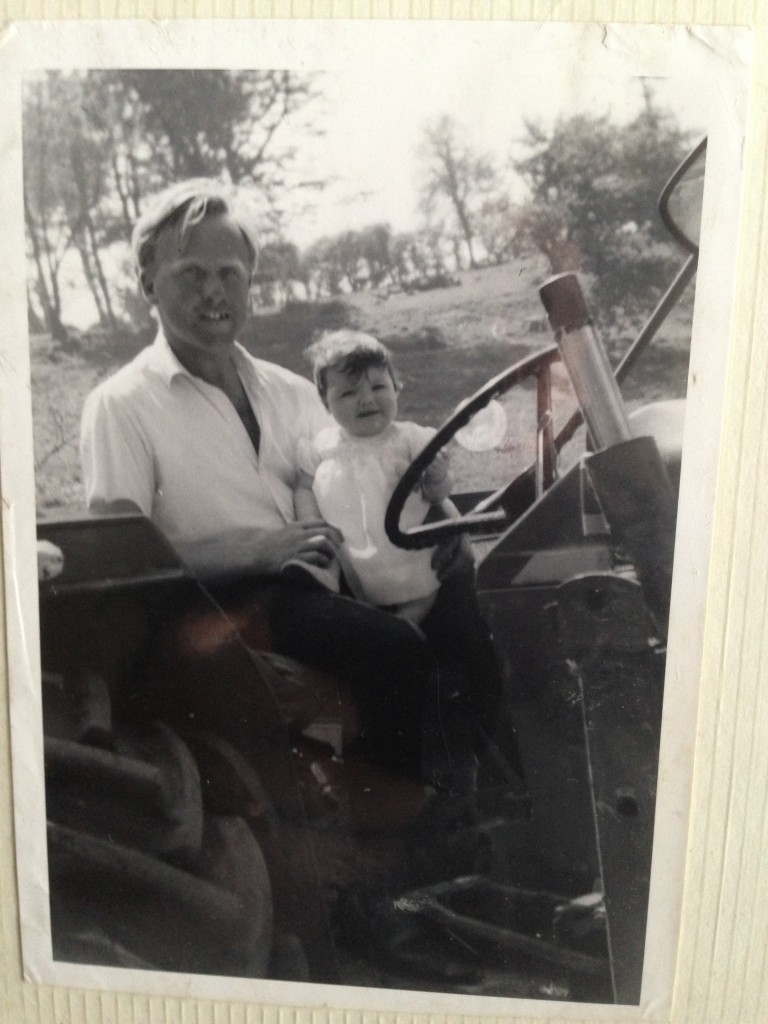 This week’s Farmers Journal highlighted how people met their deaths on farms and includes a report from a young mother who found her husband after he died in an accident. The editor, Justin McCarthy, writes about how the front tyres of his tractor drove over his young sister and how she was still alive between the front and back tyres when he climbed down (and made a full recovery). ?Reading over these would literally turn your blood cold as you know how easily any of them could happen. ?Brian works on his own most of the time and while he is often late for dinner because he was busy, I often find myself sending him a text to check everything is okay and then I relax when I get his reply – particularly when I knew he was working with the beef bulls when we had them.

Today is Farm Safety Day, organised by the IFA. ?The IFA in Carlow tonight will show safety videos. They want every farming family to discuss farm safety, or rather, discuss farm dangers – to become more aware, to implement safety strategies. The HSA has committed to doing 3000 farm visits this year to check on handling facilities, that machinery is in good order and properly guarded, that slurry handling is safe etc. I know many farmers will look on these visits as a curse and as a pain in the neck having pen pushers coming to look around their farm and yes, it is a pain but if they can point out something that’s a possible killer and get the farmer to do something about it, then it’s worth it. ?Farmers have to use their own common sense too though. Accidents will happen, but it’s about minimising the risks.

We have to update our farm safety statement every 18 months for our Bord Bia audit. You can also fill out a risk assessment document on the IFA site.

I know that there’s a narrow path between wrapping children in cotton wool and exposing them to potential danger. Once a child is 14, they can attend a tractor driving / safety course and I know I’ll be getting my two to do that. Our twelve year old has driven the tractor and the loader but only when Brian has been with him. ?They know they have to let us know in advance if they are going up the yard. It is very unusual for both of them to be on the tractor at the same time. I know I’m relieved in one way that we aren’t doing bull beef any more – separating 5 or 6 bulls from a batch of 15 had its risks. My mother used to be nervous when we had two bulls on the farm, last winter we had 60! This video shows what can happen with a bull!

Farming can be a fabulous way of life but it is far from being a pastoral idyll. It’s very easy to think that accidents always happen to someone else!