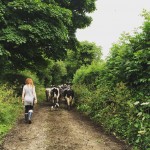 We bought a new pup a couple of months ago. Sam, our hardworking collie, will soon be ten years old and apart from thinking that he probably needs a rest, we’re very conscious that we would be lost without a good dog. Put it this way, I’d need to improve on my fitness! Indeed, when we see him next to an exuberant pup, it really brings home that he’s worked hard his whole life and is starting to slow up a little. 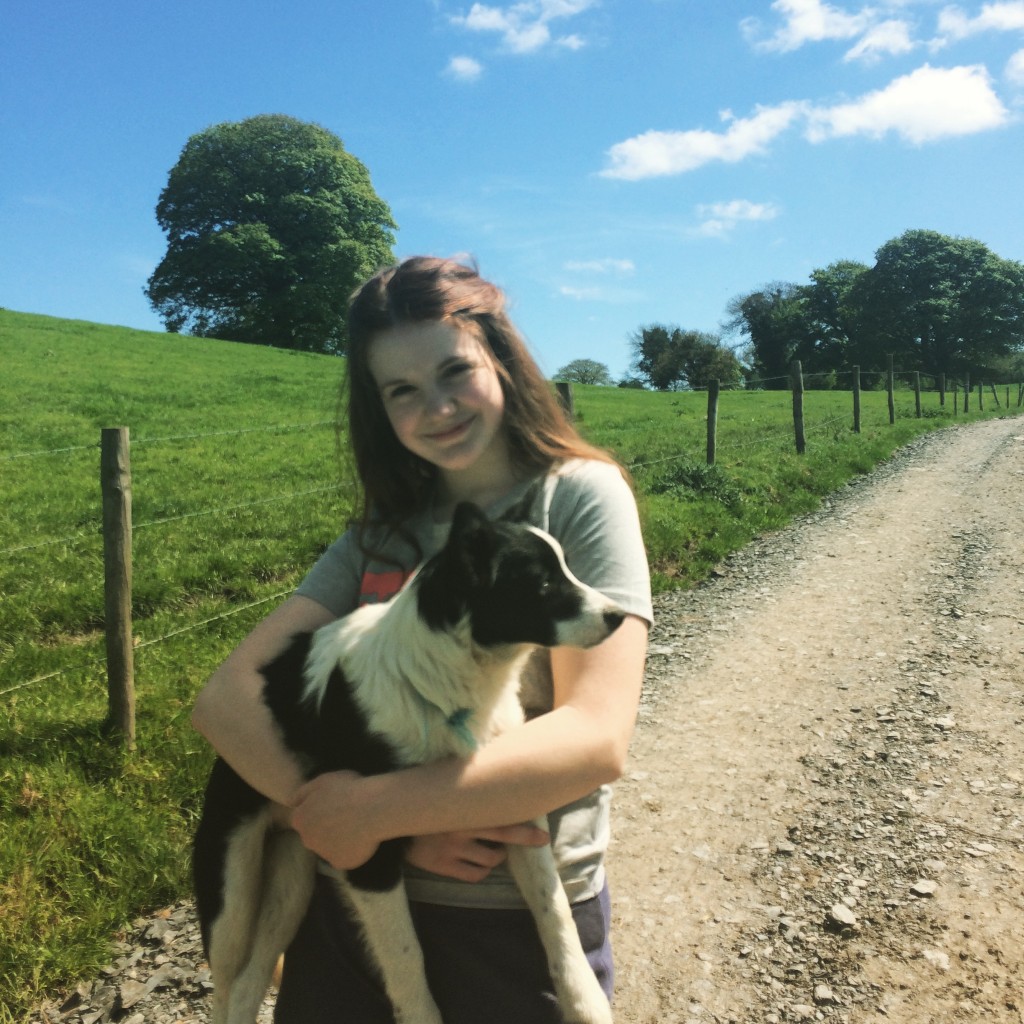 Their relationship was a little bit strained at first, Sam and Lou, I mean. He’s never been around other dogs and wasn’t at all sure what to make of her. We took care to feed them in separate dishes and as long as she wasn’t eating his food and we patted him at the same time as we patted her, he seemed to accept her within a day or two. They both come down to the back door when Brian is inside and while Sam sits there quietly, Lou is looking for something to play with or dig up. Then she persuades him to play fight with her and they will mock bite at each other and roll over and chase each other. It makes us feel guilty that he’s been an only dog for so long, was he missing out?! 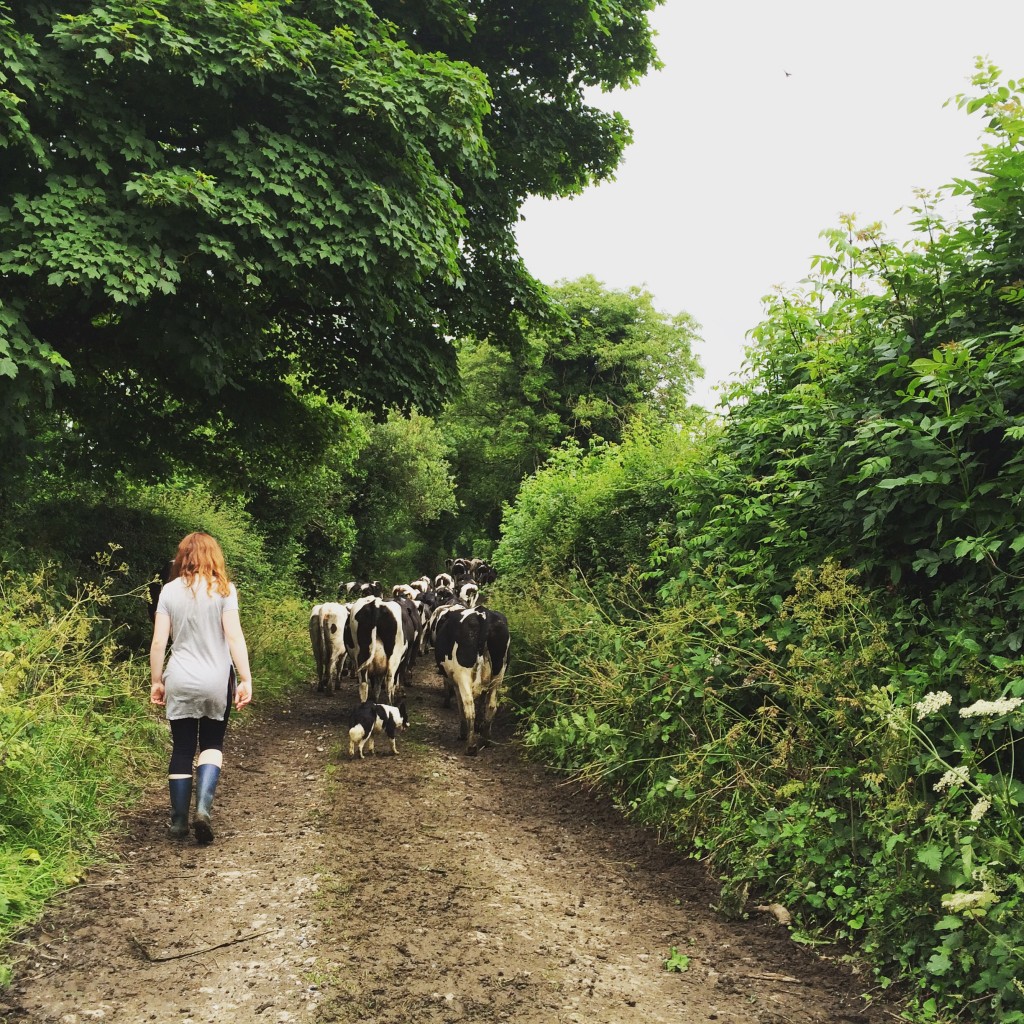 Lou is turning out to be our best buy of 2016. She’s always in a good mood, delighted to see us, exuberant, kind, fun and she’s already pretty good at bringing in the cows. As far as Sam is concerned, this job is boring now and he just sits in the field and lets her do the work. He’s happiest when trailing the loader bucket when it moves (mad dog) or when there’s a challenge such as rounding up younger cattle who aren’t as compliant as cows, particularly young bulls. He likes nothing better than a good challenge whereas we’re limiting Lou to the cows for now. And she loves work! I’ve a short video here that I took on snapchat of her rounding up the cows and she’s great, she goes behind them, she keeps trotting to and fro to make sure they keep up with the ones in front. She has it cracked.

What’s particularly special is when you see your daughter develop such a great bond with a dog. The two of them go for walks together, they have conversations, they run around, they curl up together on the rug, they put each other in a good mood. For those occasions when I need a cure for teenage hormones, a half hour with Lou is all that will be needed.

By the way, if you’re on snapchat and would like to follow me (I’m keen to follow more people so will follow back), I’m there as lornasixsmith. Oh, and since I have youtube open, I’m going to share this video we took of sheep circling a giant haystack at the Teagasc Farm1916 event a couple of weeks ago – I think it’s hilarious. Enjoy.

3 thoughts on “One Girl and Her Pup”