Today was one of those days when memories were made, an ordinary day yet very special in its own way. Maybe it seemed all the more special because I was made more aware yesterday of the fickleness of life, of taking life day by day, of knowing that nothing about the future is certain, not even our continued existence. 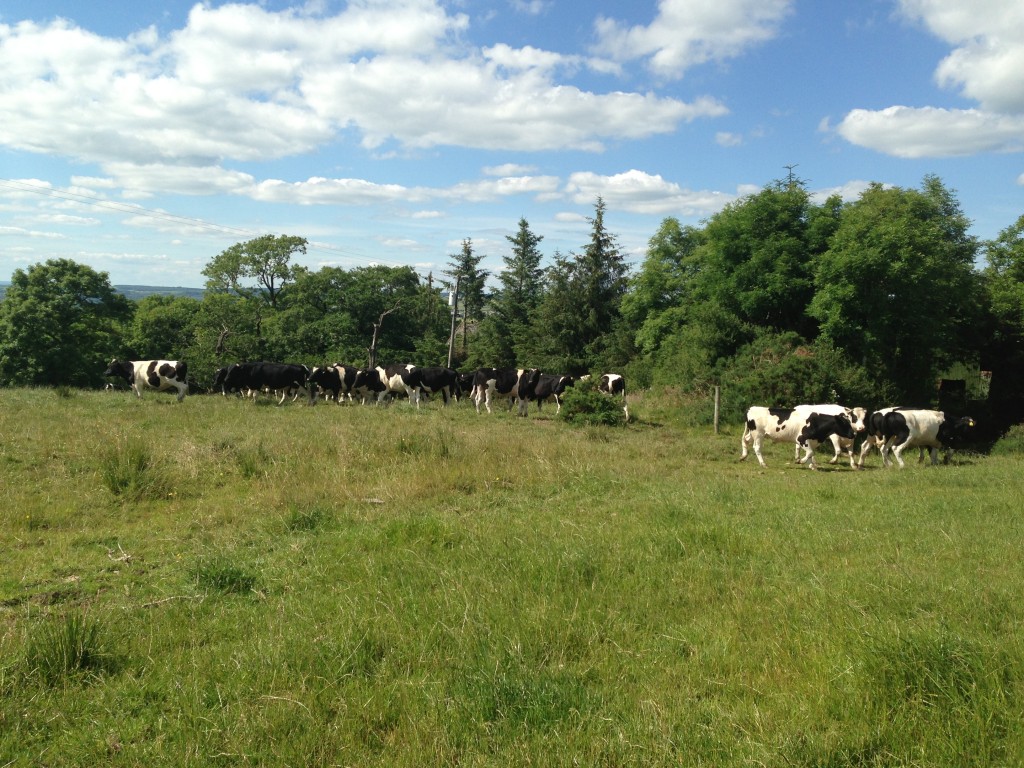 I went to the Embrace Farm service yesterday, a very touching and fitting remembrance ecumenical service to pay respect to and remember those lost in farming accidents in Ireland over the years. Names of deceased were called out, most of them male. One little girl,around the same age as my daughter, who died last year. Young and old farmers lost to slurry gas and tractor accidents and attacks by livestock. Did you know that farming is the second most dangerous profession – second only to mining? Scary to think that we take our lives in our hands on a daily basis and it can often be the difference of inches or seconds that makes an accident a shock or a death.

It was a lovely service. Be Thou My Vision was the first hymn, one that always makes me want to cry as it always reminds me of the death of our workman, Tommy Byrne, in 1986, not to a farming accident but perhaps the reason was an indirect result of farming. Rugby ambassadors read out names of deceased, candles were presented to family members, some brought symbolic presentations to the alter. Our Minister of Agriculture presented a wreath. The CEO of Glanbia read ‘God Made a Farmer’ (and I think it had been altered to make it an Irish version to an extent) and there were many other prayers and readings. I’d say hundreds went back to the hotel afterwards where there were more speeches and lots of farming talk too.

Before I went to the service yesterday, there was the Sod’s law situation where a young bull and 7 heifers had escaped into a neighbour’s farm. As there was a bull, we decided we’d better get them back. We knew it could take hours if we couldn’t separate our cattle from theirs in the field as we’d have to get them into the sheds on the other side of the road, separate them and get them back to their respective fields. First we had to go to the 11am service in our church as the children were getting presentations of books. Then it was home, quick change and over to the outfarm. It seemed as though the neighbour’s cattle had been in with ours and then one was bulling and for some reason, lots of them went back through the gap. I was well prepared – I had my good bra, belt for my jeans and a stick! It took 3 attempts to get them separated from the other cattle, we got 3 or 4 across to our field on each attempt but boy, am I unfit! The ground was uneven, hard and had plenty of rushes. Rather than running lightly across the uneven ground, I was sure I was going to twist an ankle! We didn’t bring the dog so there was a bit of shouting between the adults! But we got there in the end, repaired the gap temporarily, put up an electric fence too and then hurried home where I changed into my dress and heels in 2 minutes flat to head over to the remembrance service for 2pm – I was only about 5 minutes late and managed to get a seat. 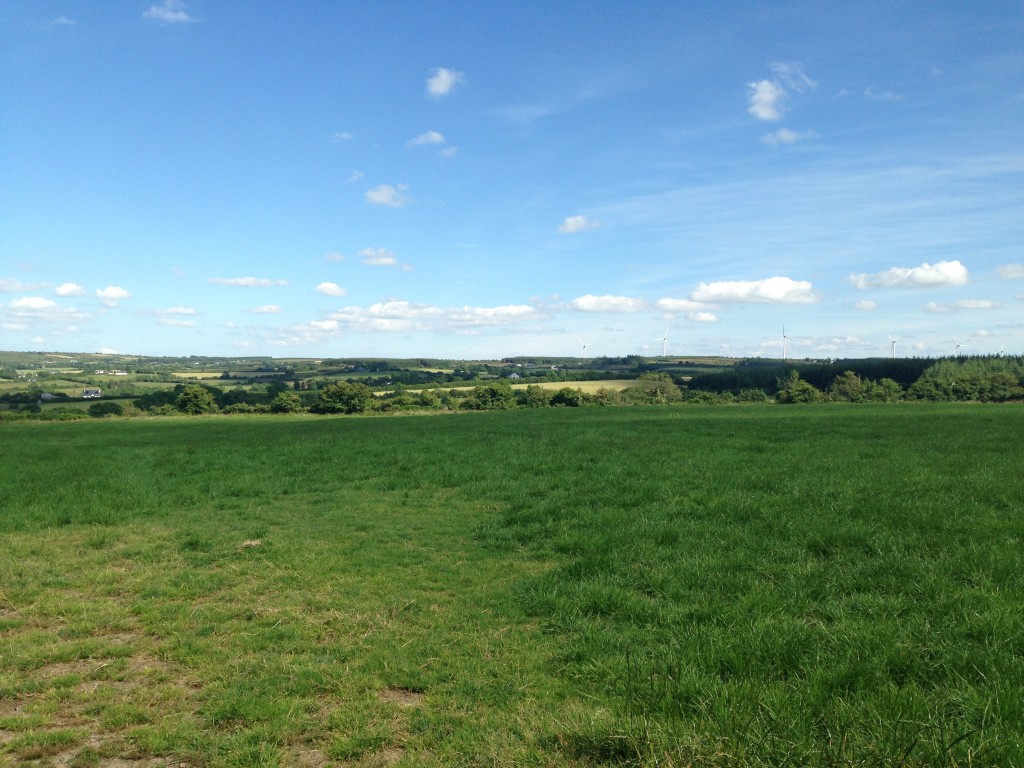 Brian was working up at the highest part of the farm this afternoon, across Garrendenny Lane. He had said he’d be home for dinner at 5pm. At 4pm, I walked up with the kids as it was such a nice day and to see if he needed a hand. When it became clear at 4:45 that there was at least another hour’s work to be done, we decided to bring a picnic up to the field. I returned to the house with Kate and the boys worked on dosing a batch of cattle.

Walking back up the hill with a heavy bag made me think of how women, years ago, would have made most of the same route, bringing dinner or tea to the men in the fields, probably carrying dinners for lots of men, bottles of milky tea, home made cake and whatever else they would rustle up. My grandmother would have done it with some of her daughters, bringing tea to the men in the fields. 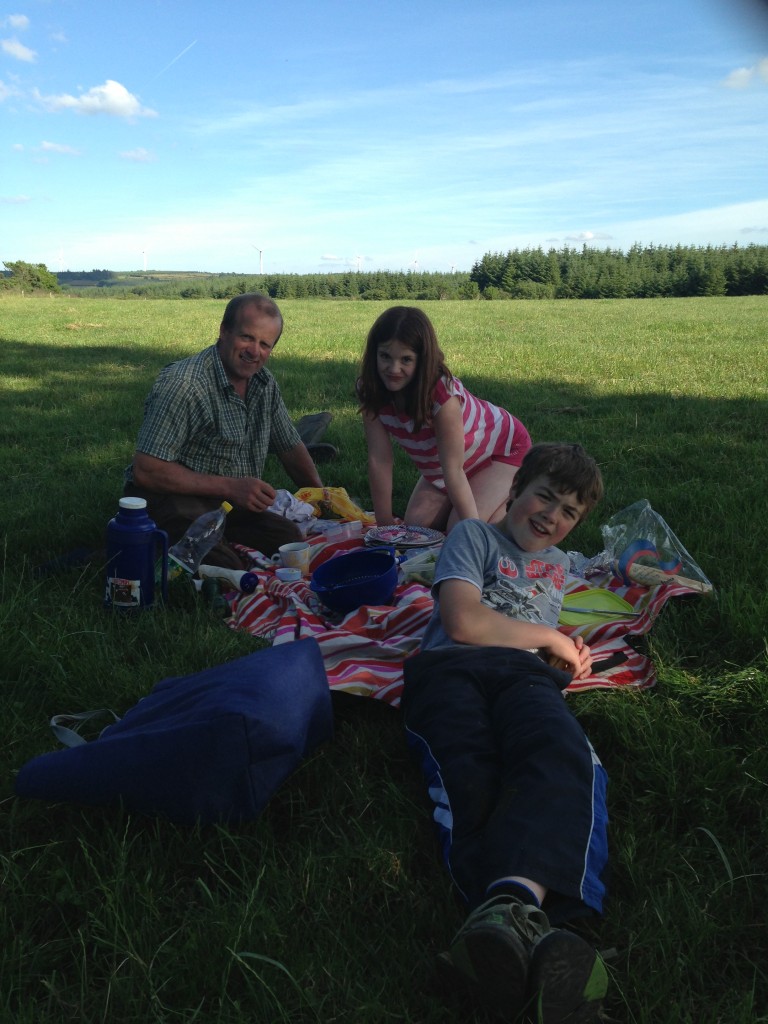 It was the perfect day for a farm picnic. The Quarry field had been re-seeded last year and as it had been grazed, the grass was short and looked well. Modern science was visible in the distance with its turning windmills, Coillte’s forests off to one side and a small quarry behind us. 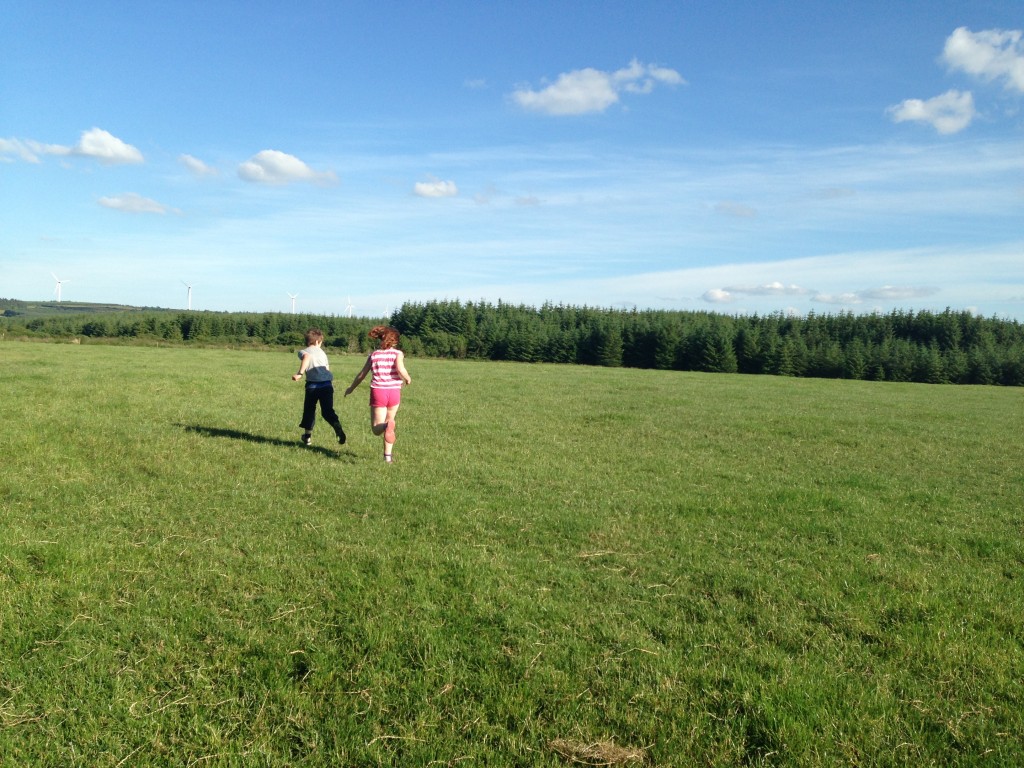 As the children played tag, it made us think that it was many decades since a previous owner’s children would have played in these fields. The previous owner (from 1983 approx to 2006) was a bachelor and lived a couple of miles away. The owner before that, Jack Bolger, was single too. He moved up there in the 1940s, living without electricity in a large farmhouse, farming beef cattle with no tractor, living on bread, spuds and bacon. While it is beautiful in the summer, it would be pretty bleak in the winter months. Until the late 70s, there were other people living along the lane but they died out or moved away and Jack himself moved away in 1983 and died in 1996. ?The last family to live up there may have been the Wilsons, most of whom moved to Canada, the eldest daughter staying in Ireland to marry while the bulk of the family emigrated. 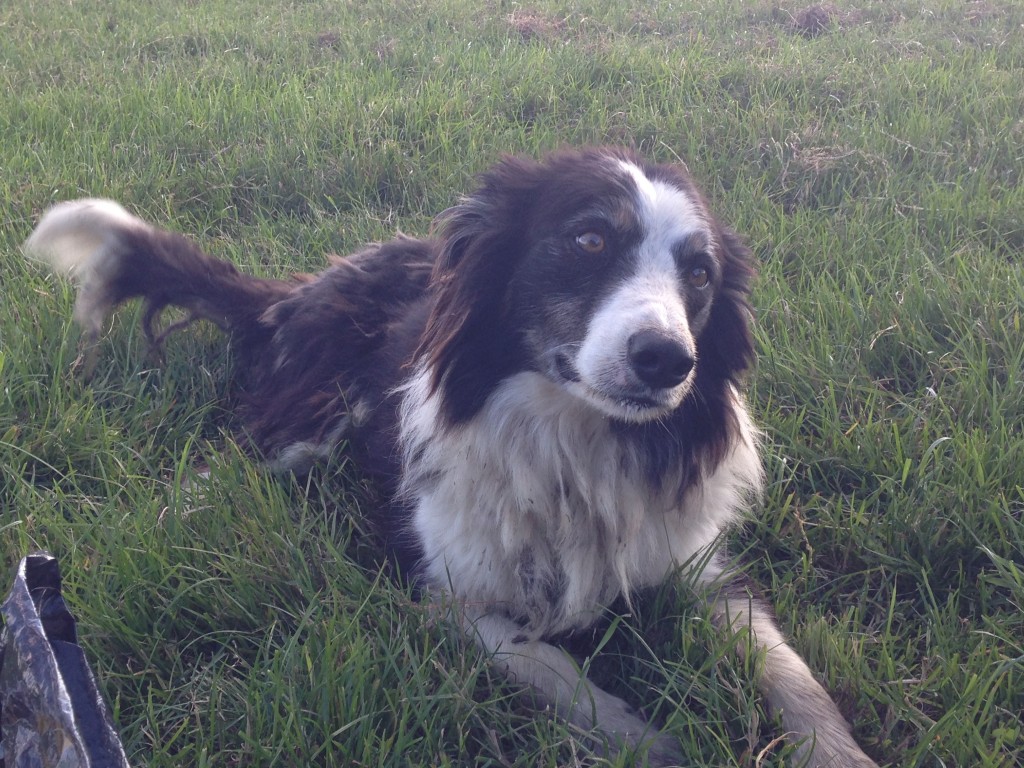 It was one of those perfect evenings – sun, a little breeze, a perfect blue sky, laughter and a feeling of relaxation. An ordinary day on the farm but yet a special memory was created too – just because we had a picnic. Even the dog was happy and relaxed – well, he always is but more so!

4 thoughts on “Memories Are Made Of Days Like These”