Getting a farmer away for a holiday is easier said than done. They will think up a million reasons why it’s not a good reason to go. These will include the months of calving / lambing/ breeding / harvesting / sowing / repairing / grass management. If they don’t have a regular workman, they’ll be worried about the capability of the relief worker not to mention the additional cost to the holiday of paying the relief worker. There’s also the extra work in getting things ready before you leave – I don’t know about you but it can make us wish we weren’t going away!

In our case, the only slot for getting away on holiday is the second week of January, a couple of weeks after ?Christmas and yet about three weeks before calving starts. The cows are ‘dry’ (not giving milk as they’re having a rest before calving) hence there’s no need for a relief milker. All the cattle are indoors so there’s no need for grass management. All we need is someone to come in for a few hours each day and feed all the cattle in their sheds and check that none are ill.

We didn’t get away last January because of the ‘bull beef crisis’. Bulls that were supposed to go to the factory in early January didn’t go until February or March. Apart from the fact that our holiday money (and then some) went on feeding these bulls with meal (after all, we couldn’t say to them, sorry, the factories don’t want you yet, you have to go hungry), there was too much risk attached to getting someone in with 60 bulls on site. We also kept thinking they’d go ‘any week now’. We’re back to steers now, selling the two bulls that were used to sweep up last week. No problems getting factories to take bulls at the moment – it all shows it’s down to supply and demand and there were just too many on the ground last year which meant that factories could pull the price on bulls, then wait until farmers were desperate, take in bulls and pull the price on steers and heifers. All well planned and orchestrated!!

Some farmers will argue that they don’t need a holiday. I think all do – to recharge the batteries, to renew enthusiasm, to help them think outside the box, and to appreciate that they have. If they have kids, it’s a great way to spend time with them plus it’s not good for children to see all work and no play.

Anyway, not having bulls this year meant that one excuse was removed. I just had to work on the others! ?The kids were really keen on a sun holiday this year, we’ve never brought them on a sun holiday as most places are too far away for 5 or 6 days at this time of the year. In the past we’ve gone to Cork, Euro Disney, London, Cork, Euro Disney and Paris at this time of the year. 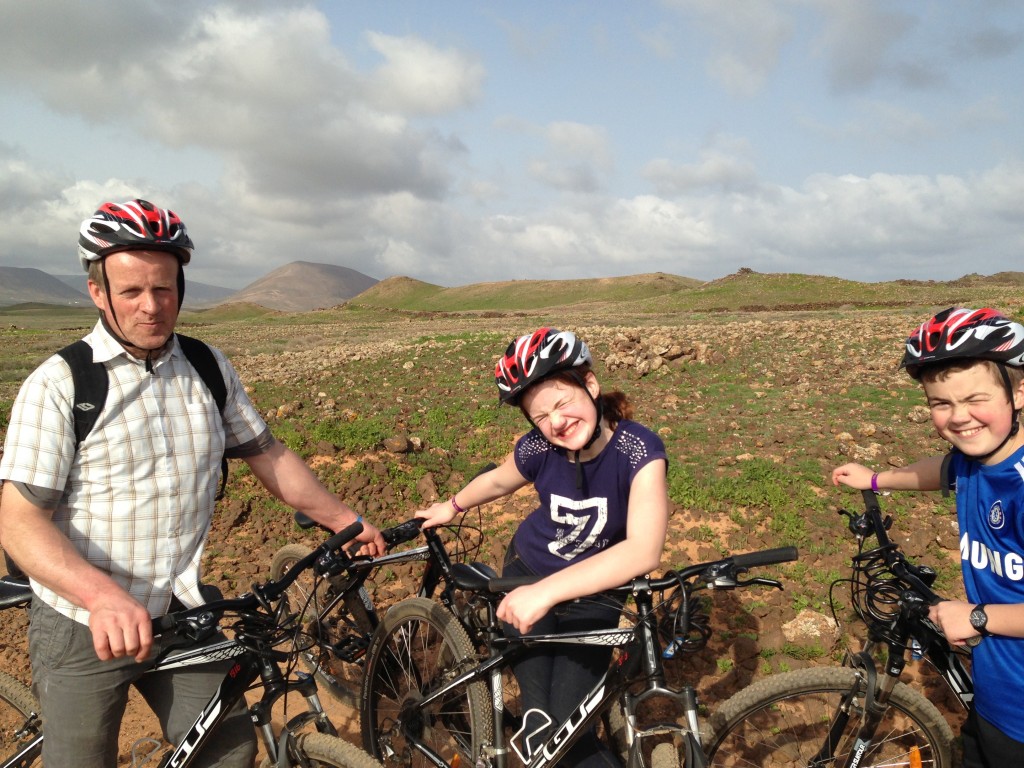 Off we went to Lanzarote. I only booked 3 days before we left as if the forecast wasn’t going to be good, the last thing I wanted was listening to bored kids and a moaning farmer. It was fab! Had a couple of showers but the sun was out, the breeze was refreshing and it was warm enough for our Irish skin. We sunbathed, we walked, we ate, we cycled, we went on a trip, we swam, we read books …….

Yes, we read books. Before a return to farming, Brian would have read novels occasionally but the kids have never seen him read anything beyond farmers papers but he read The Spinning Heart by Donal Ryan and The Gods of Guilt by Michael Connelly. It was lovely discussing both books with him – I really enjoyed that. Much more intriguing that discussing articles in the Farmers Journal or various bulls in AI catalogues!

I got to read lots of books. The kids splashed around in the pool in front of the apartment or headed off to play snooker so there was lots of half hours snatched to read. What I liked about the resort was that it was all on ground or second level, most apartment were like little narrow terraced bungalow in a large courtyard with the pool in the centre, they had about 8 of these. I hated the look of the tall apartment blocks with small balconies where you’d have to crane your neck for a decent view. We were less than 5 min walk from the beach too. 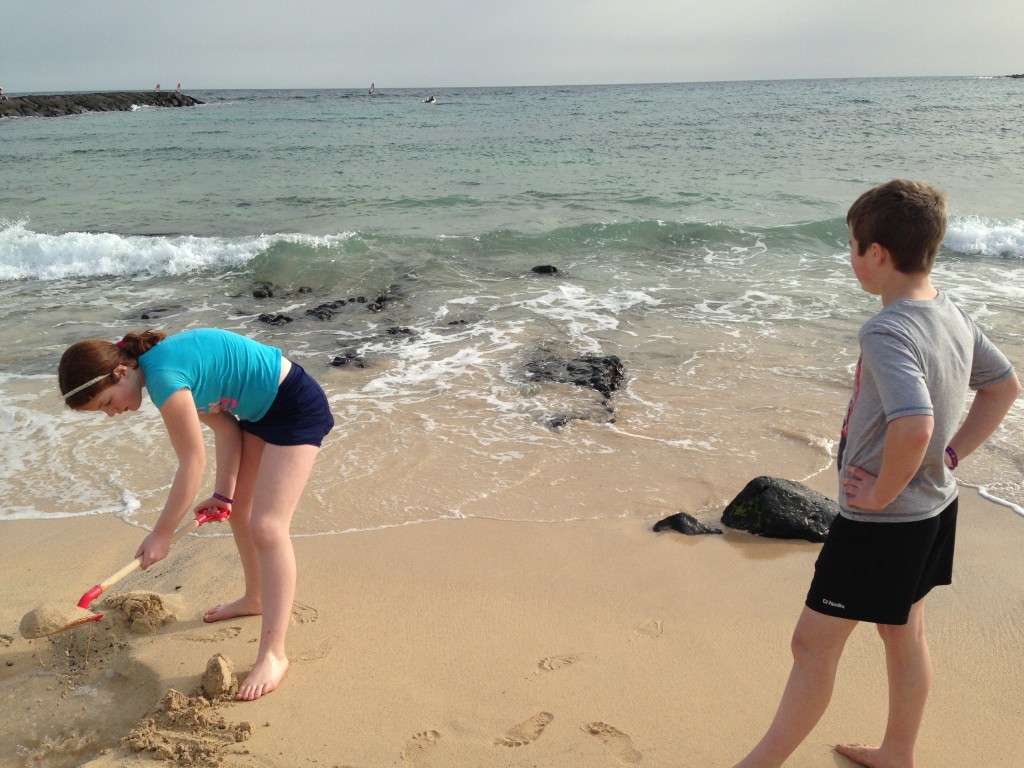 The Various Haunts of Men by Susan Hill – the first Simon Serrailler novel, crime novel, a good read, not particularly scary but is intriguing.

The Gods of Guilt by Michael Connelly – Another crime novel, excellent writing, nice the way all the various storylines tied together at the end.

Call the Vet by Anna Birch – a nice read, will review soon

The Bitter Trade by Piers Alexander – historical novel, well written but I wasn’t riveted. Here’s a good review of it though.

Pentecost by J. F. Penn – I was disappointed with this, thought it would be better. It’s a bit like a very very very simplistic Da Vinci Code.

Everything a woman needs to know before she marries a farmer by Joyce Surrenne Penny – I came across this recently although it was published in 2012. Given that my next book isn’t going to be a million miles from this in subject matter, I was intrigued. It’s an A-Z of what every woman marrying an Australian farmer should know – lots of practical tips but not as much humour as I thought there would be.

Now that I have my iPad and I love it (Samsung Galaxy was so clunky), I’m going to be reading more ebooks! I still prefer reading paperbacks and browsing in real bookshops but I want to read more indie publications this year too and it’s just more affordable sometimes to get them via ebook.

Anyway, back to the farmer and the holiday. Did he relax or was he worrying about his cows and all the things that could go wrong? It didn’t help that a cow lost twin calves the weekend before we left, there’s always the worry it will happen again. 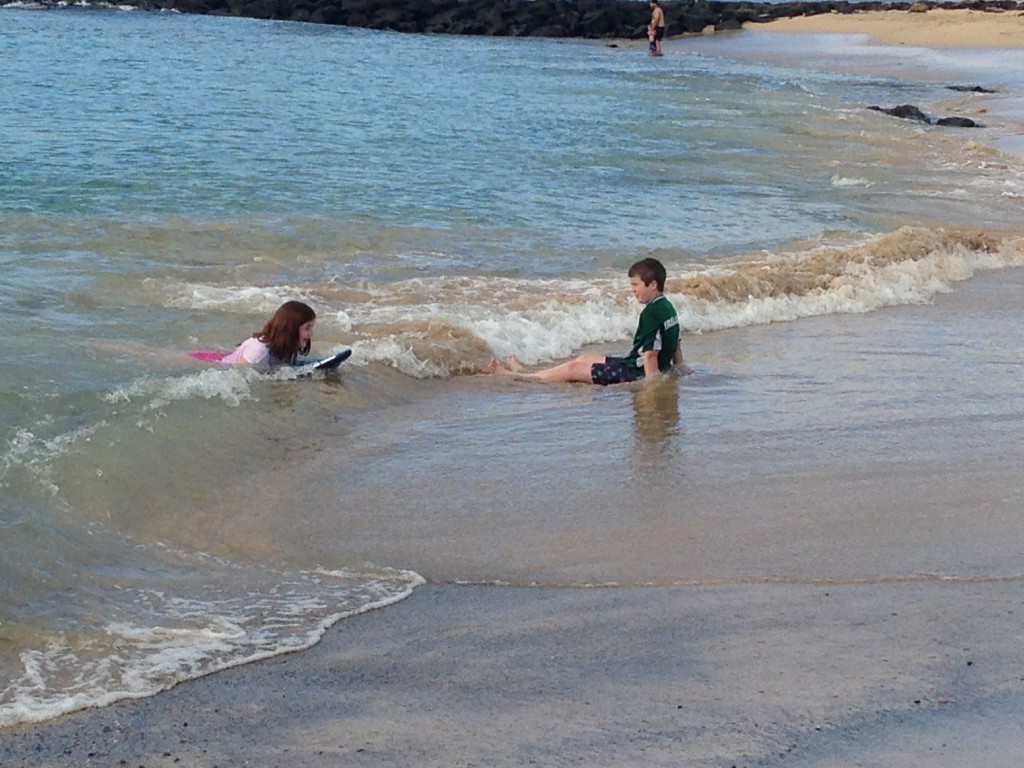 He did relax! I think the change in temperature helped. He totally got away from it all and none of us wanted to come home. I think the weather recognised how we felt and lashed rain just as we were checking out so we’d feel better! ?We’re back to it now and panicking a bit that it’s the middle of January and there’s so much to do but we’ll get through it. The batteries are recharged now before the calving starts. The kids said it was the best holiday yet and we’ve lovely memories of good times spent with them too. After all, it won’t be that long till they won’t want to be seen with us!

So, to summarise – how to get your farmer away on holidays without too much grumbling:

Do you have any tips to share on getting farmers to take those holidays?

2 thoughts on “Getting Farmers On Holiday – Easier Said Than Done”