It just seems to have been a mad fortnight, the Ploughing match taking a full day out of the week before last and yes, although the children thoroughly enjoyed it and we didn’t have to queue in traffic, I won’t be bothering to travel to New Ross for it next year. 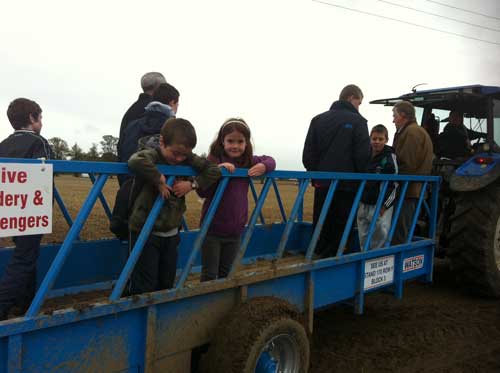 The Way to Travel! 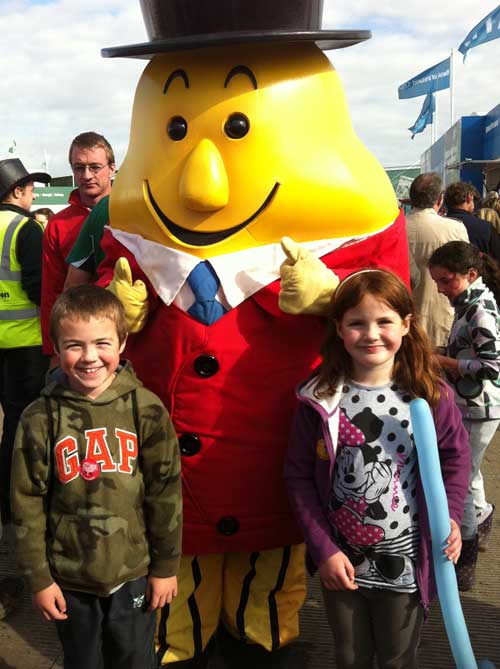 I went to the SE Women in Business conference last week, I was in the finals for the Social Media category and as I knew all the other Carlow finalists too, I knew it would be a good laugh. ?Sharing with Dee of Greenside Up, we chatted and laughed for hours. 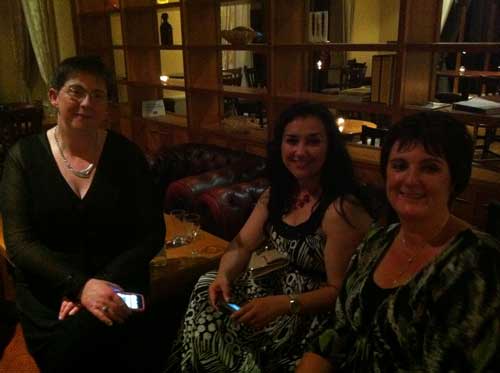 I was a little disappointed with the speakers at the conference. Yes, most were good speakers and I’m probably a bit critical when I don my ?toastmasters hat but most of them just weren’t motivational or uplifting which was a shame. Jill Kerby reckons we are only at the tip of the iceberg regarding the recession and much worse is to come which may be true but didn’t exactly fill the room with enthusiasm. Norah Casey wasn’t able to make it apparently so Maureen Gaffney stepped in and while her points were useful, they weren’t exactly motivating either. Hearing at length that we need a minimum ratio of 5 positive experiences or remarks delivered to us to every one negative to ‘flourish’ and that happy people live on average for 8 years longer than their miserable counterparts, although I’m generally a happy person, I felt like slitting my wrists after listening to it for an hour!! – (yes, I’m inclined to exaggerate on occasion too) 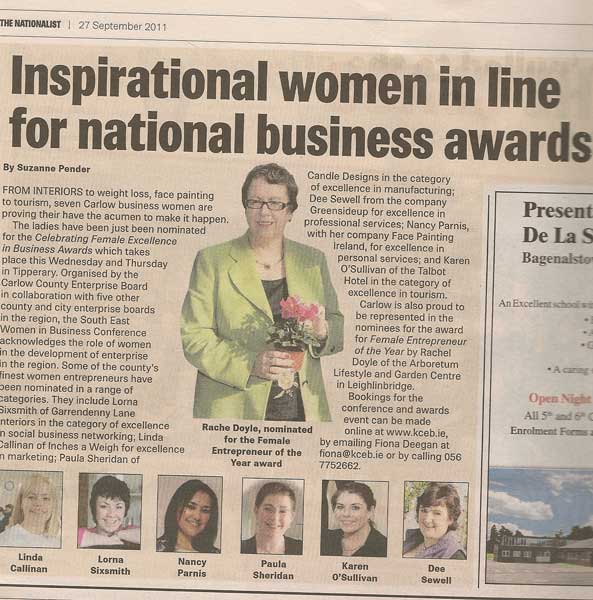 The lady from Google told us all about the wonder of Google Adwords (yes, mainly a selling pitch) and about the free websites offered by Google, the Enterprise boards and Blacknight. I asked the question can blogs be added to these websites (which in my opinion are quite poor in standard) and she didn’t know the answer and advised I contact Blacknight which I did – by twitter! Apparently you can, but need to upgrade and probably hire a web developer which begs the question, why bother doing one of these in the first place unless you really just want a site that has your contact details. ?According to Blacknight and Fobairt, the vast majority of businesses don’t bother to update their websites or their blogs which to me seems bizarre, I mean, would you dust your shop window and change your displays in a bricks and mortar shop? Of course you would and your web presence should receive just as much attention. So we had an interesting debate on twitter for half an hour or so! I wasn’t on my soap box at all 🙂

The 3 casestudies at the end of the conference were almost forced to shorten their presentations as people were eager to leave and the conference was running late – they were probably the most inspiring talks of the day, particularly the talk by Yvonne Crotty of Bonzie.

It was good craic though and the networking was good. I got to chat to one of the journalists from the Farmers Journal about blogging so we’ll see if something comes from that.

Hope you all had a good weekend x