I went to Nantwich Show in Cheshire on Wednesday. It now seems like weeks ago as it’s been pretty busy since I got back at 2 am on Thursday morning. I thoroughly enjoyed it and it was interesting to see how it differed and yet was similar to Irish agricultural shows. I also went to a farming social media conference the previous day but more about that tomorrow. 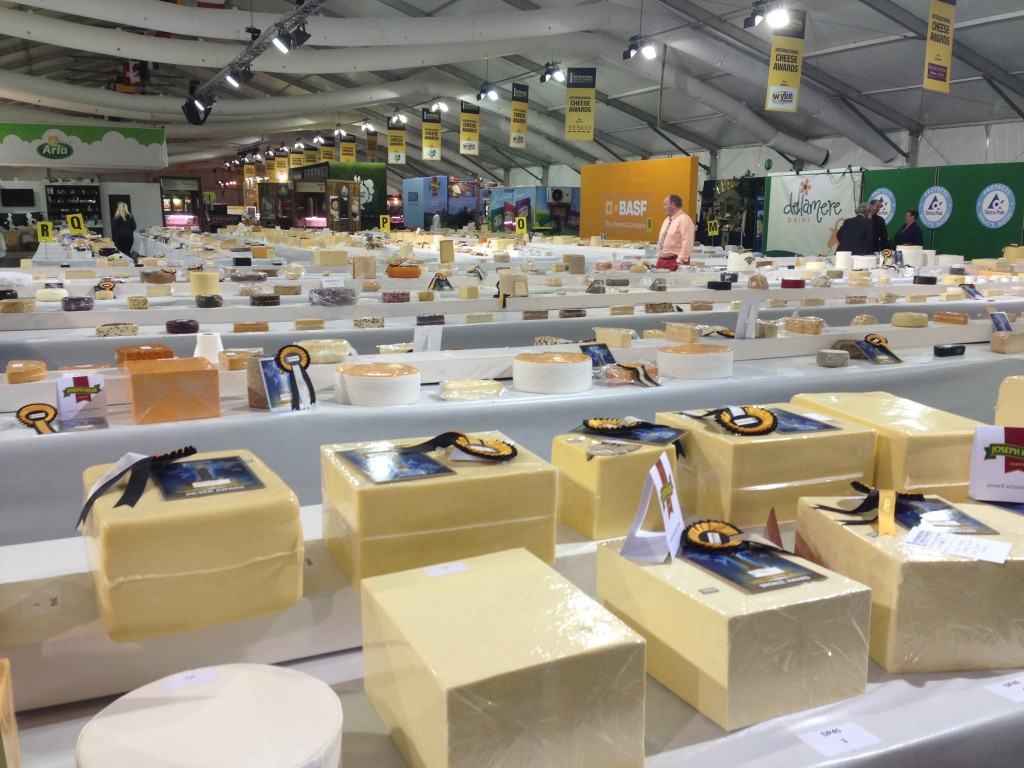 International Cheese Awards – Cheese as far as the eye can see!

The Nantwich Show is also home to the International Cheese Awards. I have never seen as much cheese!

It was lovely to see 6 or 7 Irish cheese companies represented well and a couple of them won prizes. I had bought some cheese by the Little Milk Company the previous weekend and brought home some Cahills Cheese – both were gorgeous. 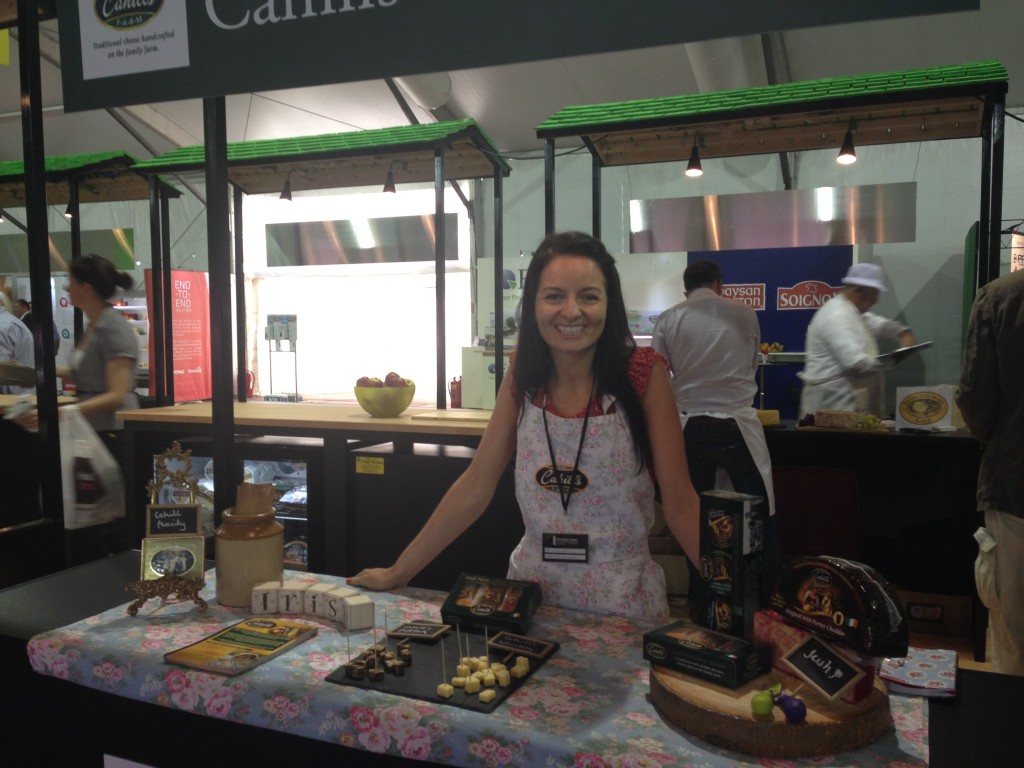 Helen Cahill of Cahill Cheese at the Cheese Awards 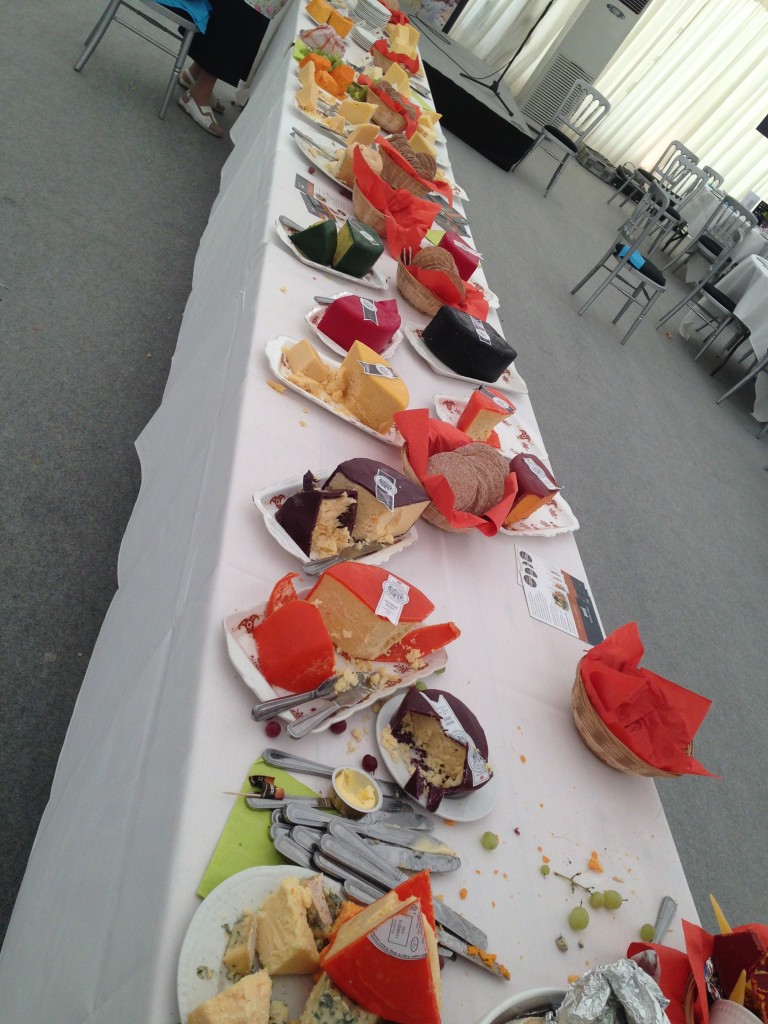 We were invited to the lunch on the Tuesday that was for sponsors, cheese award winners, celebrities, cheese award participants – there must have been a thousand people at it. A fabulous lunch and around 4pm, we realised that there was a cheese board spread in the middle of the room (we had just seen the desserts) so back we went for more!

Honestly, after tasting so much fabulous cheese over the two days, I am never ever buying a bland cheddar in the supermarket again. Better to eat a little less and really really enjoy it.

We arrived at 7 am as Sarah had to set up her stand where she sold scrumptious scones, cookies and pies, all freshly made around midnight the night before! 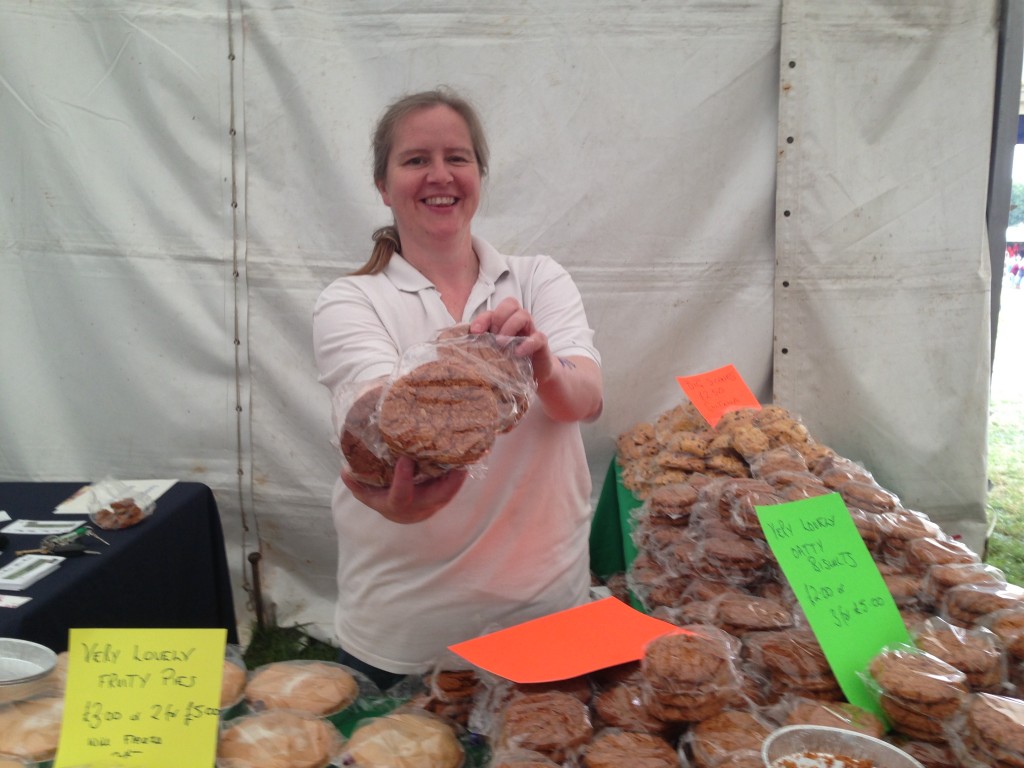 We got to see the Shire horses being plaited up. 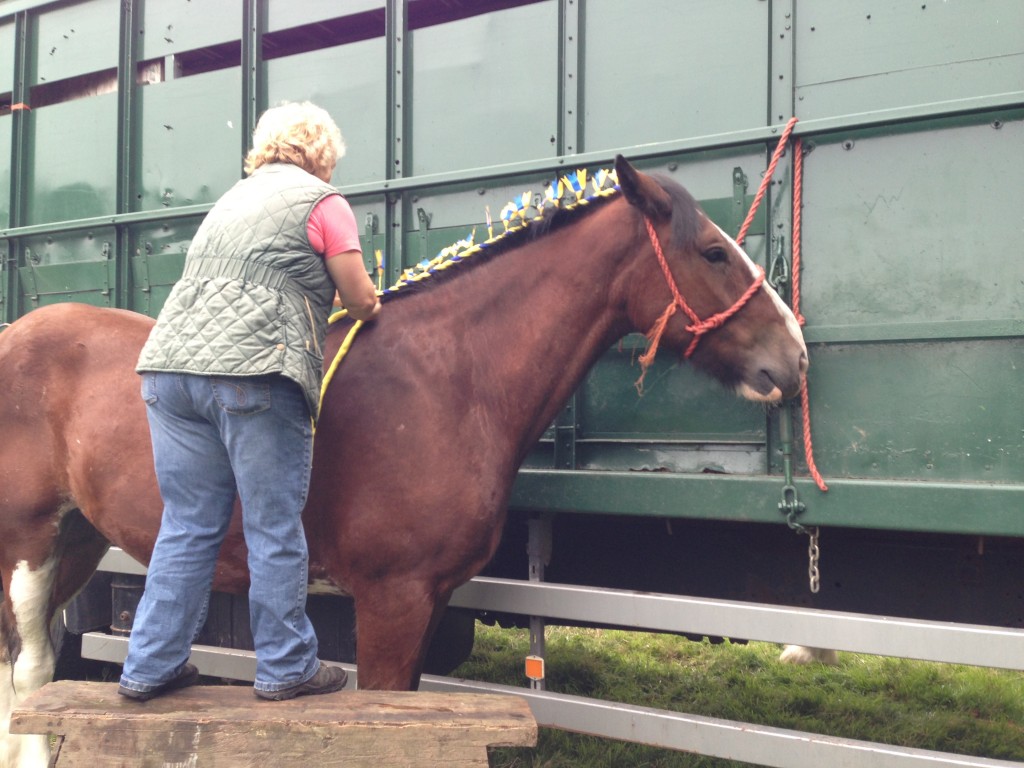 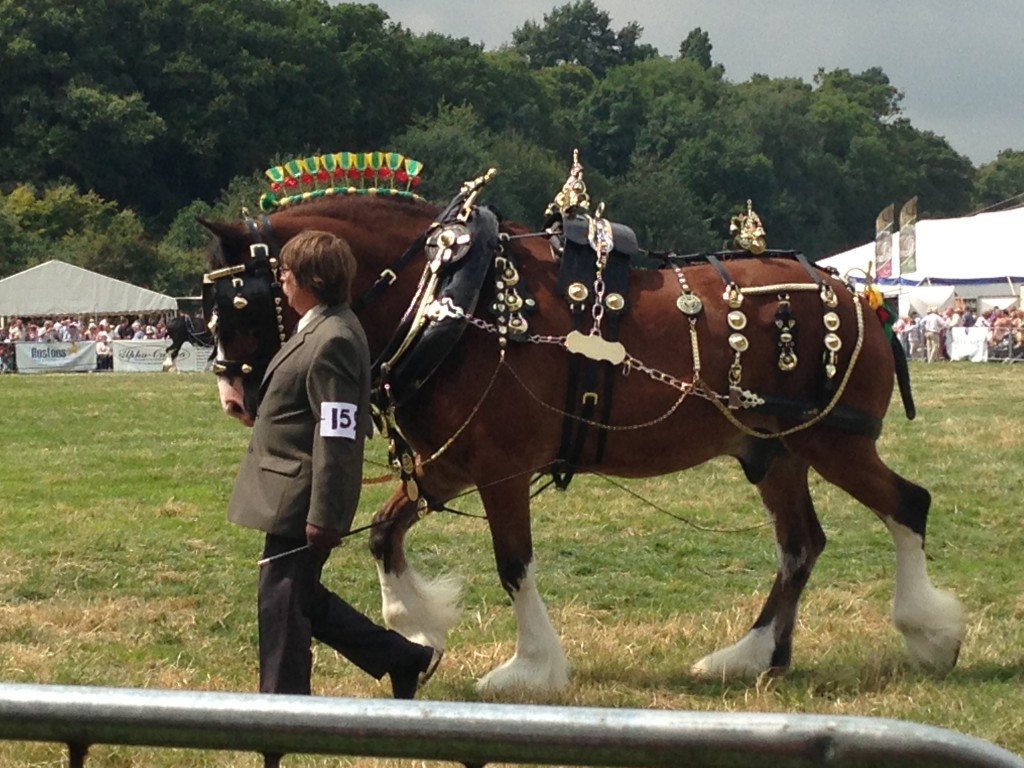 There were so many Shire horses in the main arena for the bulk of the day, entering various competitions and a pure delight to see. 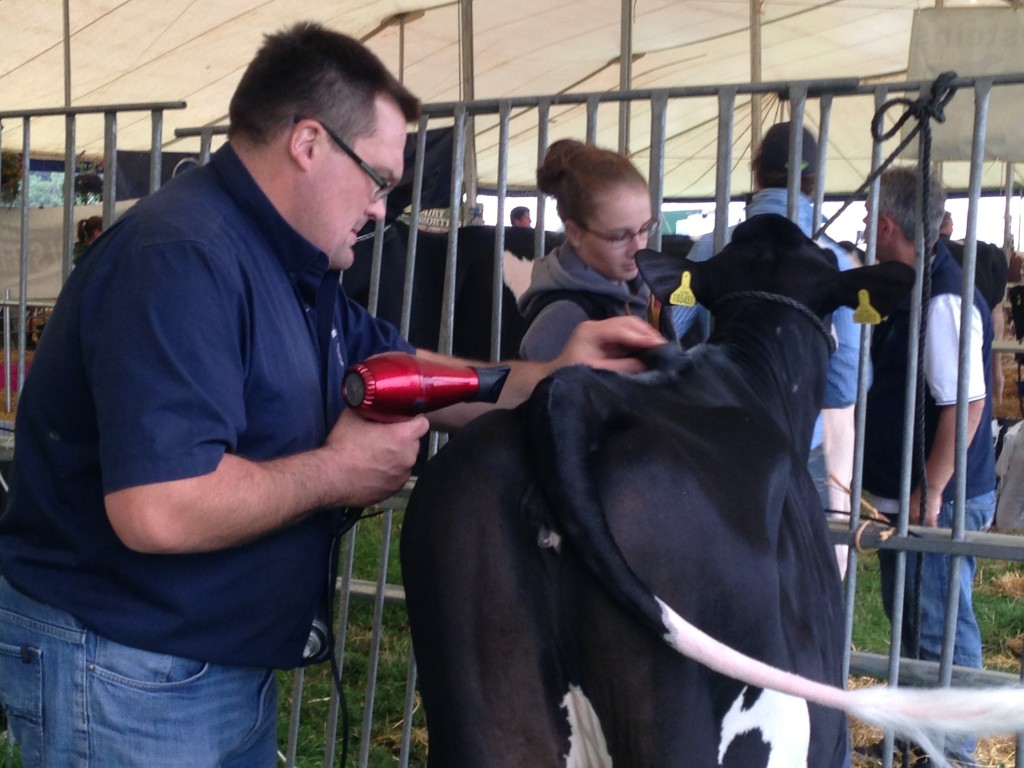 I also enjoyed seeing the cattle being power-washed, shampooed, clipped and blow-dried! ?I’m pretty sure that hairdressers of the human variety don’t pay this much attention. I wonder was this farmer considered a good catch and if he can do a good cut and blow dry too?! 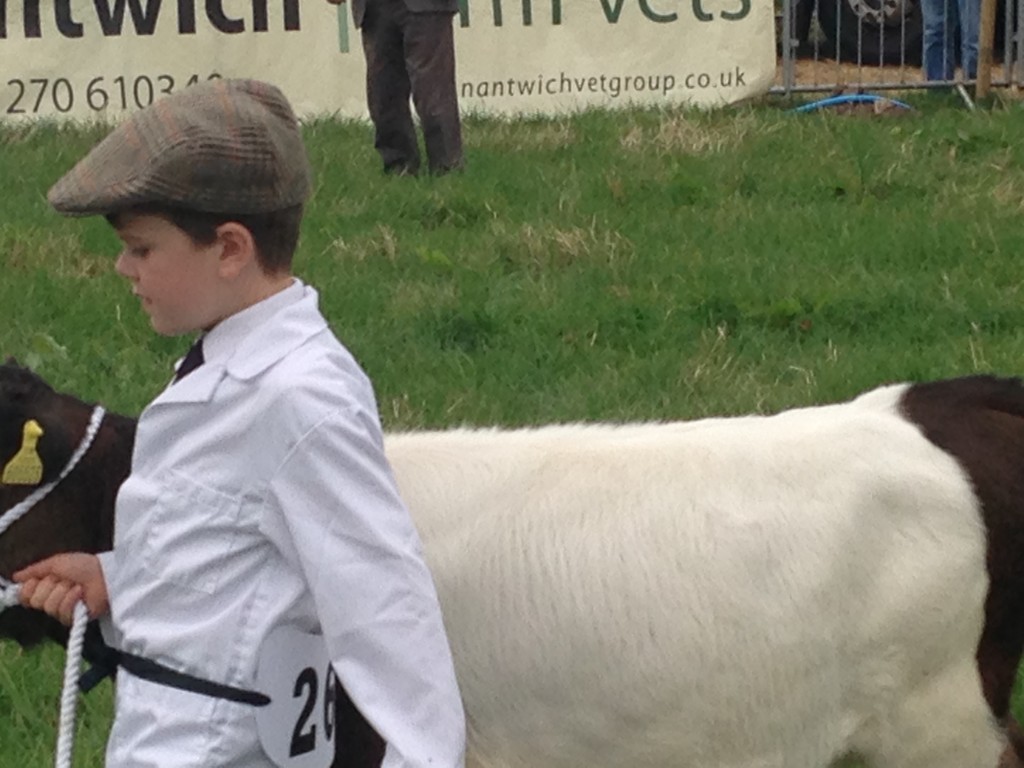 It was lovely watching some of the cattle judging, especially seeing young children handling the stock. This little guy was ever so cute.

There was a huge crowd there, particularly considering it was on a weekday. Lots of families around who had taken the day off work, lots of mums with young kids and having picnics and of course, lots of farmers. Stand owners reckoned there was more than 35,000 people there so bigger than most Irish shows although, of course, the population is much bigger. The show was extremely well laid out, it wasn’t a big show yet there was plenty to see with no gaps in what was going in in the various arenas. 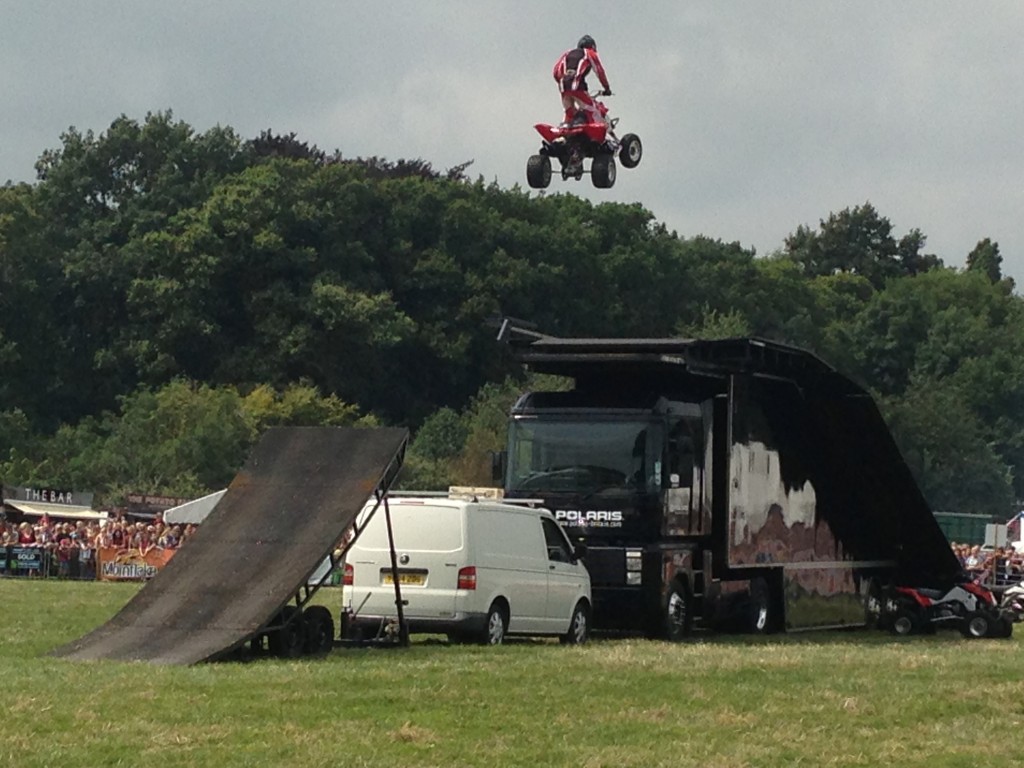 The daredevil show went down just as well as the Shires, gundogs and vintage machinery. All were located close to each other too and yet there was plenty of room for people to sit on grass to eat and picnic. 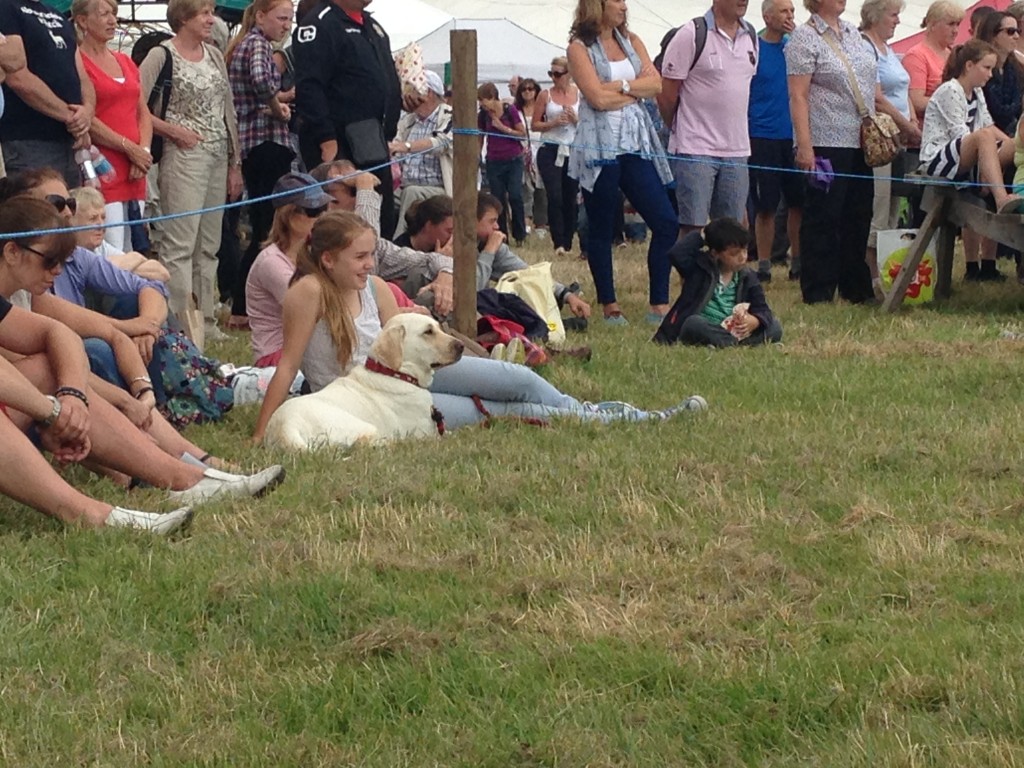 When watching the extremely talented gundogs work and listening to the expert explaining the do’s and don’ts of having a good gundog, I was amused to see this girl point out various aspects of the show to her much loved labrador. He listened to every word she said and followed her pointed finger with his eyes. 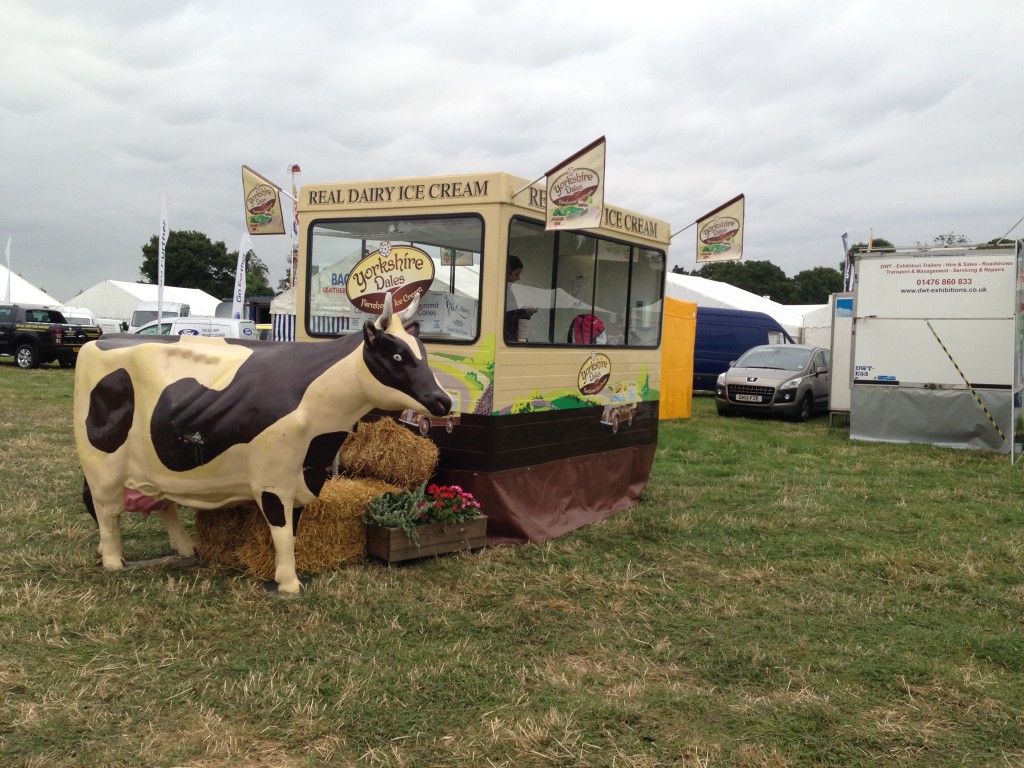 I particularly liked that the icecream vans were from farmhouse icecream companies – not a Mr Whippy in sight! Complete with their Friesian cow too! 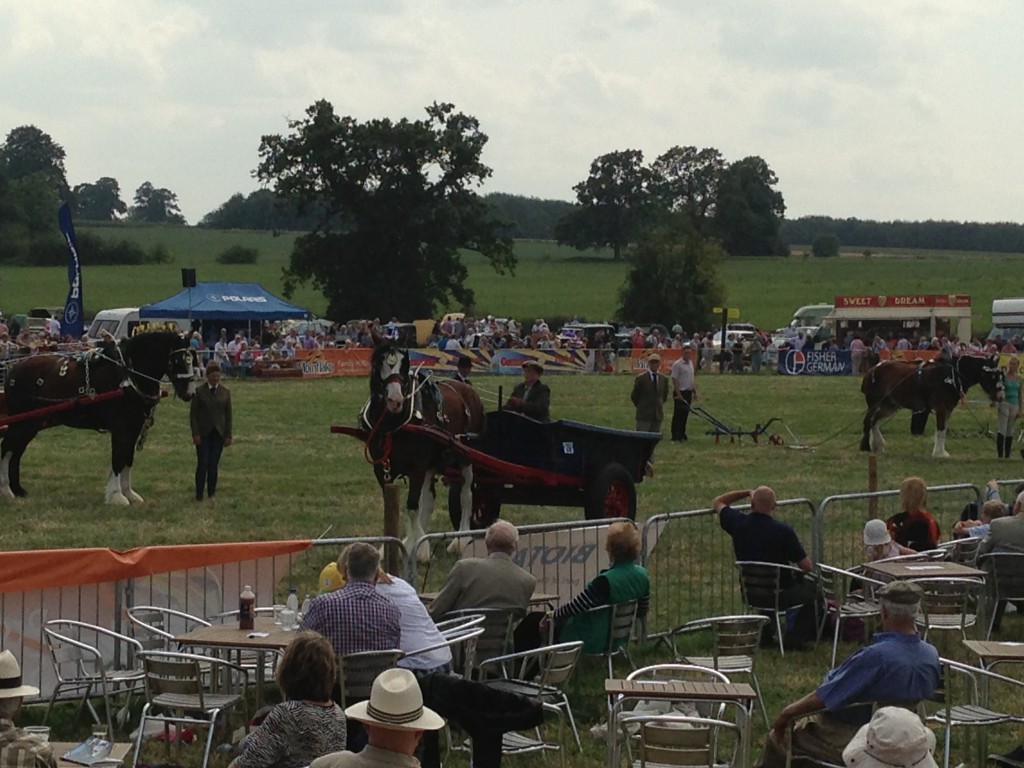 There was a lovely vintage feel to the whole day – between the exhibitions, the friendly atmosphere and even the town crier. The only thing I could say the Irish shows do better are the vegetable and cake entries – I thought the entries into the various competitions were quite sparse and although the long carrots and parsnips were impressive, I have seen more impressive displays at Tinahely and Tullamore shows. 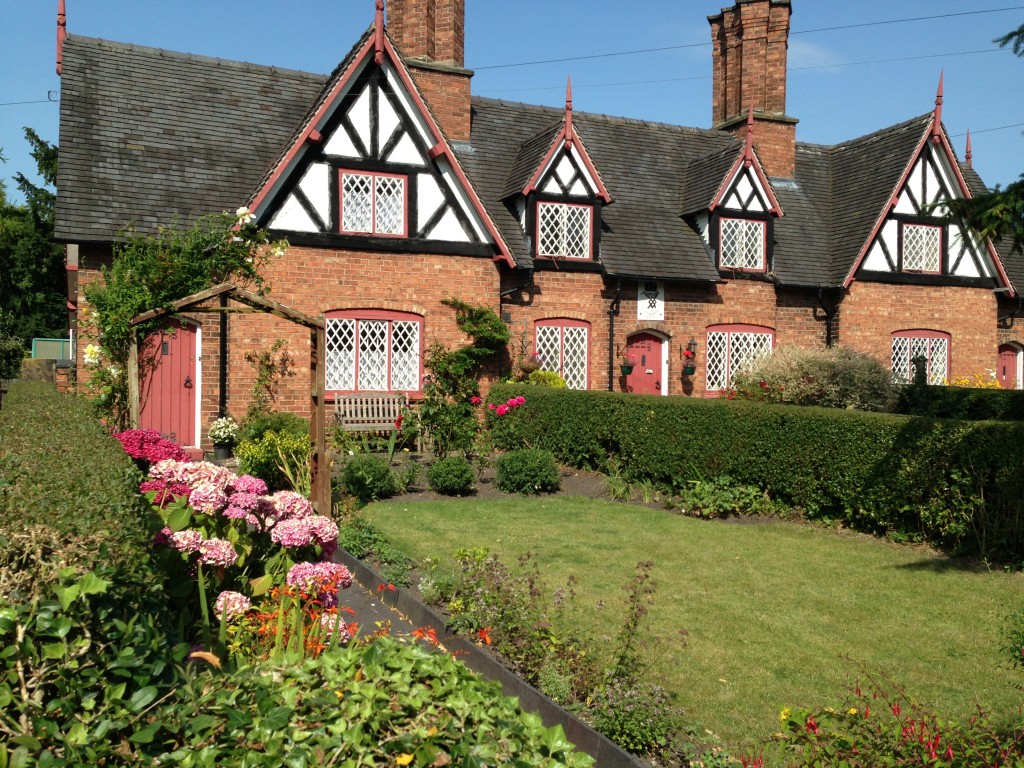 I went into Nantwich around 4pm as I wanted to have a look around before I caught the train to Manchester Airport. I loved the architecture and yes, it did make me miss Salisbury again even though it is 12 years since we lived there. 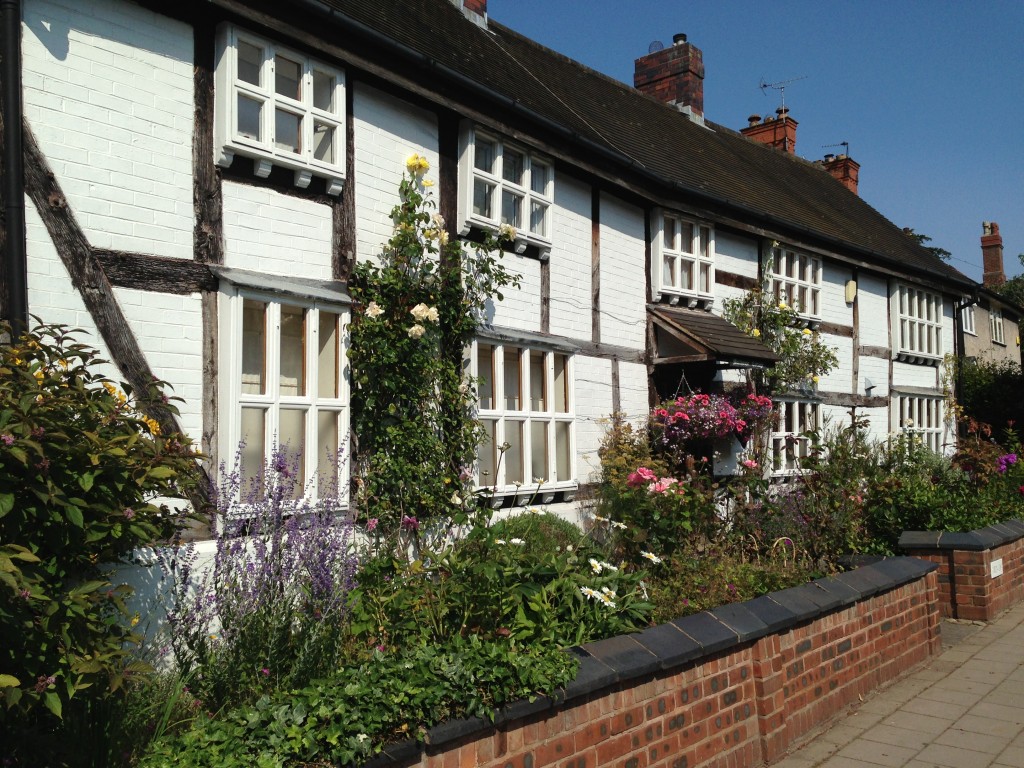 Nantwich isn’t that large a town and I got the impression that shops might be struggling somewhat. Shops and cafes closed at 5pm and one had a sign in the window asking potential customers to use it or lose it. I sat in the sunshine in the town square reading a book and doing a little bit of people watching before heading to the train station.