Fancy a new kitchen in the house or a new harvester? This is the dilemma poised by a farmer at the end of his recent Farmers Journal article.

Now, if you’ve moved into the original farmhouse rather than building a new house, you may have a 1960s or 1970s kitchen. Maybe it is nice enough to be considered retro and vintage and maybe it’s not! Here’s why a fancy new kitchen may be a better idea than a new version of a harvester. 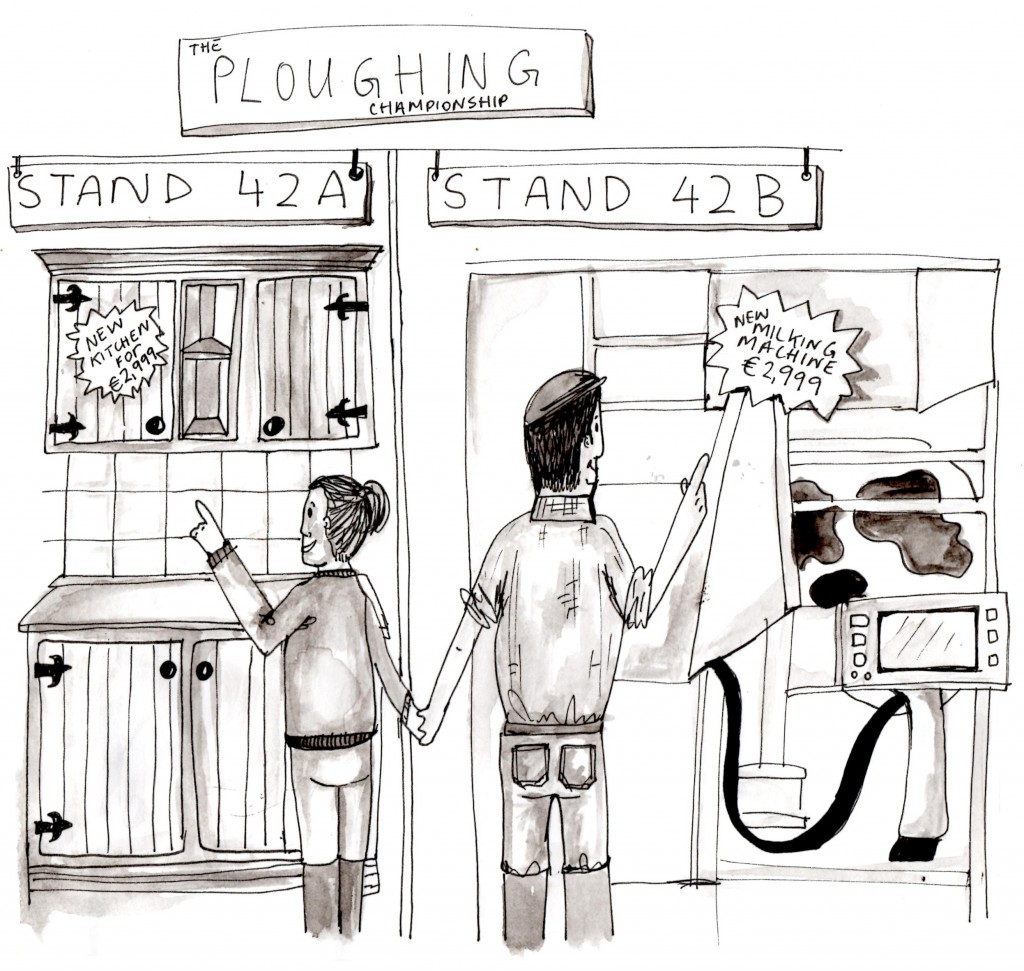 When in at the bank for our annual review recently and discussing cashflow for the year – making it clear that we may not be that flush seeing that the predictions for milk price were so dire, Brian started asking about the possibility of getting another loan. One loan is up next year and another is up the year after – all the others go on for years and years!! Now, while I have a fairly relaxed attitude to borrowing, I was questioning the sense in getting more loans just because one is paid off but the fact is that we’ve a number of sheds that need re-roofing and more work done to them – almost rebuilding in fact so it wouldn’t take long to spend ?100,000. Brian repaired the oldest part of one lean-to roof last year himself and yes, we were safety conscious, feet of dung were left piled up in the shed to give him a soft landing should he fall (which he did once), but he can’t do the bigger repairs.

I’ve had fairly relaxed plans to do some work to the house for a while now – a few years ago we converted the attached garage by reroofing it (getting rid of the flat roof and building it up), putting in windows and getting it to look like part of the house on the outside but ran out of money to do the interior. I’d love it to be a huge big office cum library, plus that I could use it as an office if doing any training. I guess there would be a farm office desk in a small corner of it! I have a huge Chesterfield sofa that needs re-upholstering and it would be perfect out there.

I’m not overly fussy about my kitchen. I’m not the type to have an Aga for decoration and never cook in it and neither am I so misguided to think that I am capable of turning out perfect meals just because the kitchen is fabulous. I don’t like too much worktop space as I’m terrible for leaving stuff out on it, if I need more space, it means I just tidy stuff away into the cupboards. I don’t like too many small cupboards and instead, I have one old tall cupboard with 5 shelves that takes the foodstuffs that don’t go in the fridge. But it would be nice to remove the floor tiles (I hate floor tiles with a vengence) and replace with a wooden floor, new cooker, new units etc. And lastly, our spare bedroom and bathroom require an overhaul. Despite plans to do them some year, between making loan repayments and stealing from Peter to pay Paul I never manage it from cashflow but I think the time is nigh to take the bulls by the horns and get the work done!