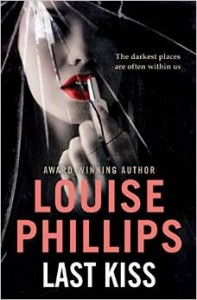 opens with a scene that reminds every Irish person of Ann Lovett, a 14 year old who died in childbirth by a shrine of the Virgin Mary, back in 1984. Only 30 years ago but at a time when illegitimacy was regarded as a immoral ‘crime’ in so many ways. Ann and her baby boy both died.? The scene in the book tells of a 15 year old giving birth in a wood, she dies but the baby survives. The teenager’s body is burned and we don’t know what happens to the baby but are pretty sure it isn’t going to have a happy life either.

Move on and we are introduced to that baby, now a 32 year old female, her online persona is ‘Cassie4Casonova’ and she is a murderer, she admits (with some pride it seems) that she killed Pierre, she wears lipstick called Carmine and she is a keen photographer. The narration is told in the first person which is rather unnerving. We usually bond with the narrator, see things from their viewpoint, sympathise with them, want them to be the winner but do we want to bond with a murderer?? The narration does create sympathy for this character as we learn of her cruel past, we admire her for her survival skills but yet, she is a cruel murderer and it seems she has killed again as a art dealer in Dublin is found murdered. As a reader, my feelings are mixed towards her – abhorrence and yet sympathetic.

We then meet the other main characters for the book. Dr Kate Pearson, the criminal psychologist, now separated from her husband and with custody for her young son, she works at building up a profile for the police – using the positioning of the dead body to lead her to the killer’s reliance on tarot cards. Adam O’Connor, free to return to work after his suspension, wants to get back to it and the attraction between them seems as strong as ever. We also meet Sandra, convinced her husband Edgar is having an affair with ‘Cassie4Casanova’ (and of course, we the readers know who that is!). She is convinced her husband’s mistress is invading her home, moving her things, writing her threatening notes. Is she unhinged? She doesn’t seem to trust any of her friends but they seem to be shadowy, suspicious characters – can they really be trusted in any case?

The book provides glimpses into prostitution, SM, incest, parenting, the effects of neglect on young children and as I mentioned above, tarot cards. It all adds up to create a fast paced novel as we wonder if Pearson and O’Connor will find the killer before the next target is killed. Who is the next target? It seems to be Sandra or is it her husband? Or is Edgar the murderer’s unwitting aide? What about Sandra’s friends – are they in cahoots with Edgar and/or the murderer too? Pearson is getting closer, links are established between previous and unsolved murders in Paris and Rome, similar in that the victims’ lips had traces of the Carmine lipstick and that both bodies were laid out in a way that was reminiscent of tarot cards.

Many crime novels have the reader as puzzled as the detective, we see it from their point of view, share their frustrations, try to work out the clues as they are presented to us. In this one though, we know who the murderer is to some extent and I felt impatient waiting for Pearson to ‘catch up’ which, of course, she did. I won’t say any more as it would be a spoiler but the development of the relationship between killer and victim is very clever. The fact the killer is female adds to the novel, it’s unusual for a woman to be so brutal and as she shares her thought processes with us, it almost feels like we are waiting to be discovered too even though we’re also in the dark. Very clever.