It’s a year ago today (it was a Friday lunchtime) when 1000 copies of Would You Marry A Farmer? arrived to my hallway and piled up there in brown boxes. The smell of new paper filled the hall and landing for the first few days until we got used to it. ?I wasn’t too worried about selling the first thousand, I knew that 235 were going to my crowdfunding pledgers and I hoped to sell 500 in total by Christmas, I wasn’t sure how realistic that would be but it was a goal! The 5 book blogger reviewers were due to post their reviews in a week’s time and I was a little bit nervous about what they would think but other than that, I was fairly relaxed. Louise Denvir was coming down the following week to record an interview for RTE Countrywide but that was all I had organised regarding press coverage.

A year on and I feel I should have the second book almost ready to go but I’ll get there! On the other hand, my first book has done better than I expected plus I’ve got more press coverage that I ever dreamt would happen. I am conscious that I’ve done sod all regards getting it into gift guides (bar contacting Irish Country Living) for Xmas but it’s all so so timeconsuming.

I’d forgotten about an interview I did with Tangible Magazine so it was a nice surprise when they tweeted me with the image the other day. Tangible Magazine is available to read in all Dublin caf?s should you happen to be in the vicinity. It’s a lovely double spread. 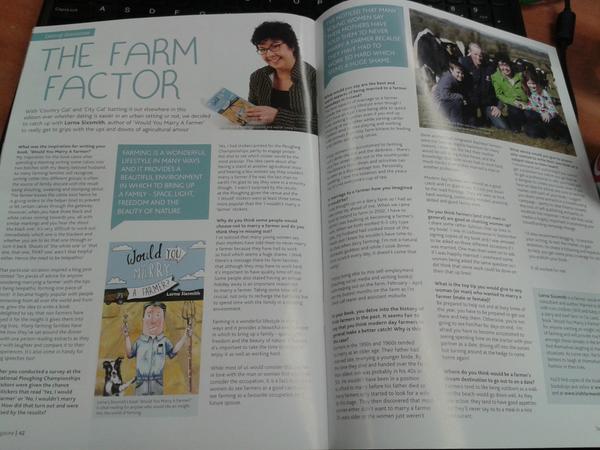 TG4 (Irish TV Channel) came out with their television cameras on Thursday and we had 3 hours of filming! It will form about 5 minutes of footage on Roisin at 8pm on Monday. I’ll post the link to where it will be available online once it is aired. I’m not sure if the book will get much of a mention or not but here’s hoping! Anyway, not bad for a woman whose cupla focal is limited to ‘Go raibh maith agat’! 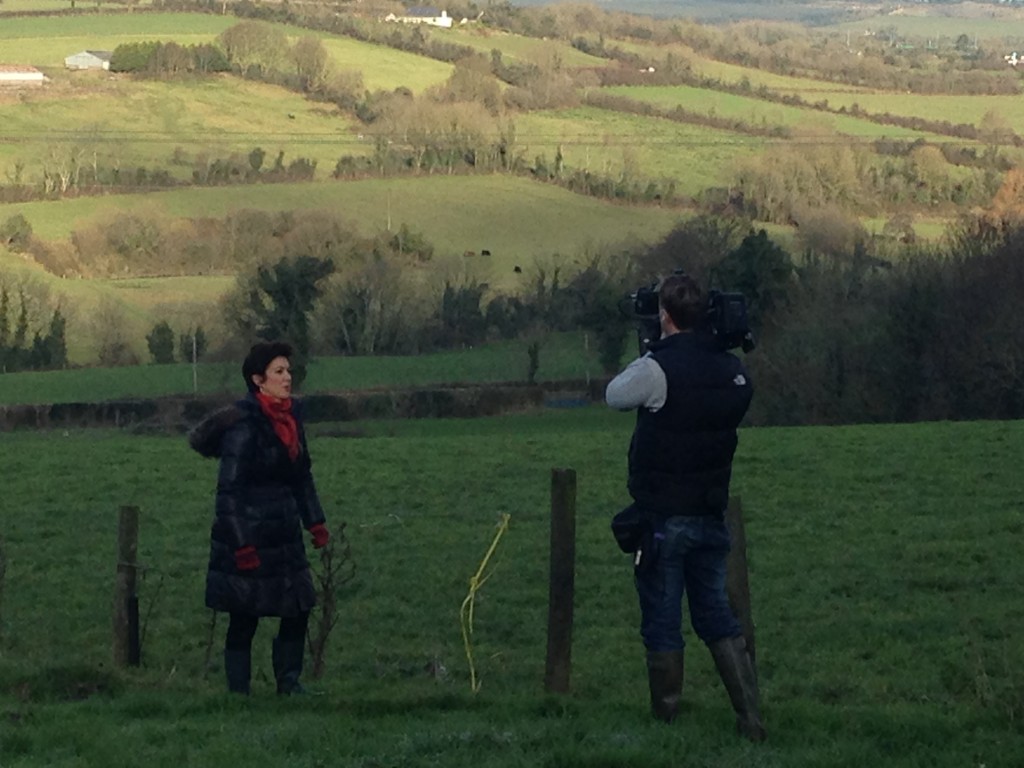 It will be interesting to see what is removed and what stays in from the footage. The two of us were in hysterics when we were scraping the cubicles and throwing lime. When we were clipping the heifer’s tail, the electric clipper was too noisy so I had to do it with a blunt hand clipper and I’m sure it will look like I’m a farmer from the time of Noah’s ark! 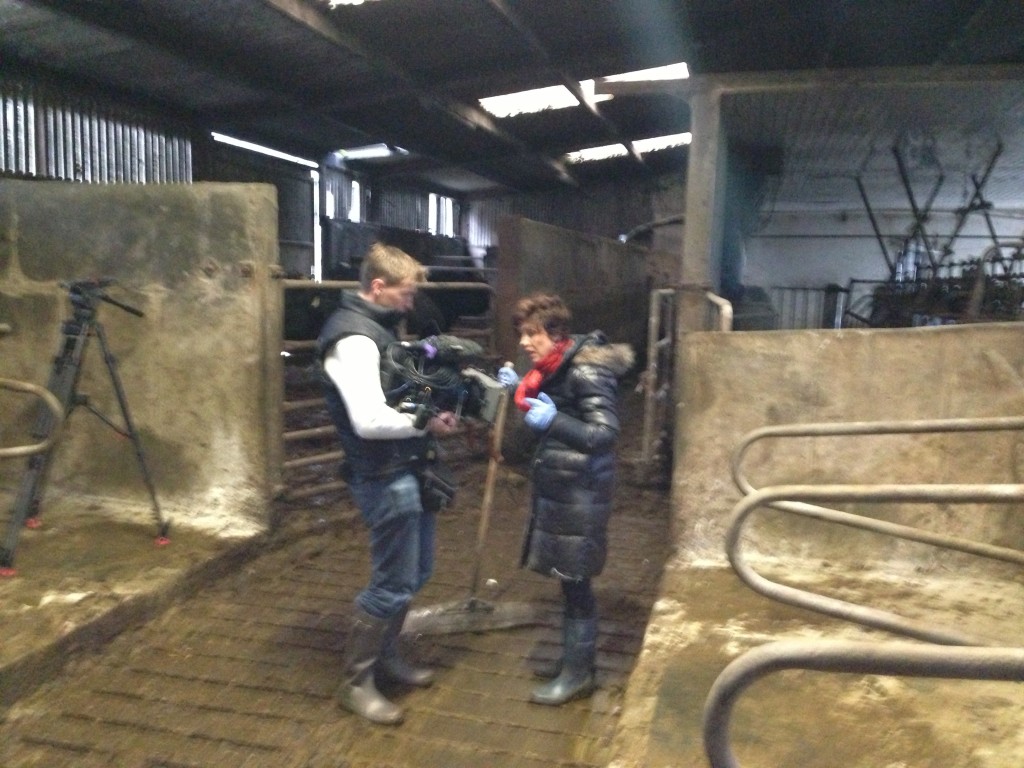 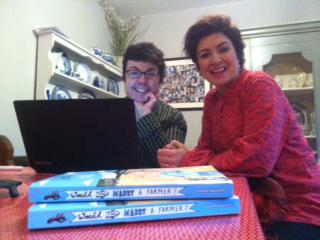 And this one was a huge surprise. I’ve been invited to be a panelist on TV3 Midday! For those of you not familiar with this TV programme, I guess it’s a little like Loose Women where 4 panelists and the presenter discuss 4 topics – the topics aren’t terribly serious or political so hopefully I won’t be stuck for things to say! I’ve noticed that quite a lot of the panelists are regulars and do it for 2 days at time so I’m not sure if it will develop into a permanent arrangement. I’m going to be on this Monday and Tuesday. There won’t be any mention of the book but I guess I will be introduced as an author. Follow @TV3Midday ?if you want to follow along on twitter! I’m going on to a Teagasc conference in the city centre after the programme so I’m trying to work out what I can wear that will look smart and yet be comfortable for walking from the Luas!! 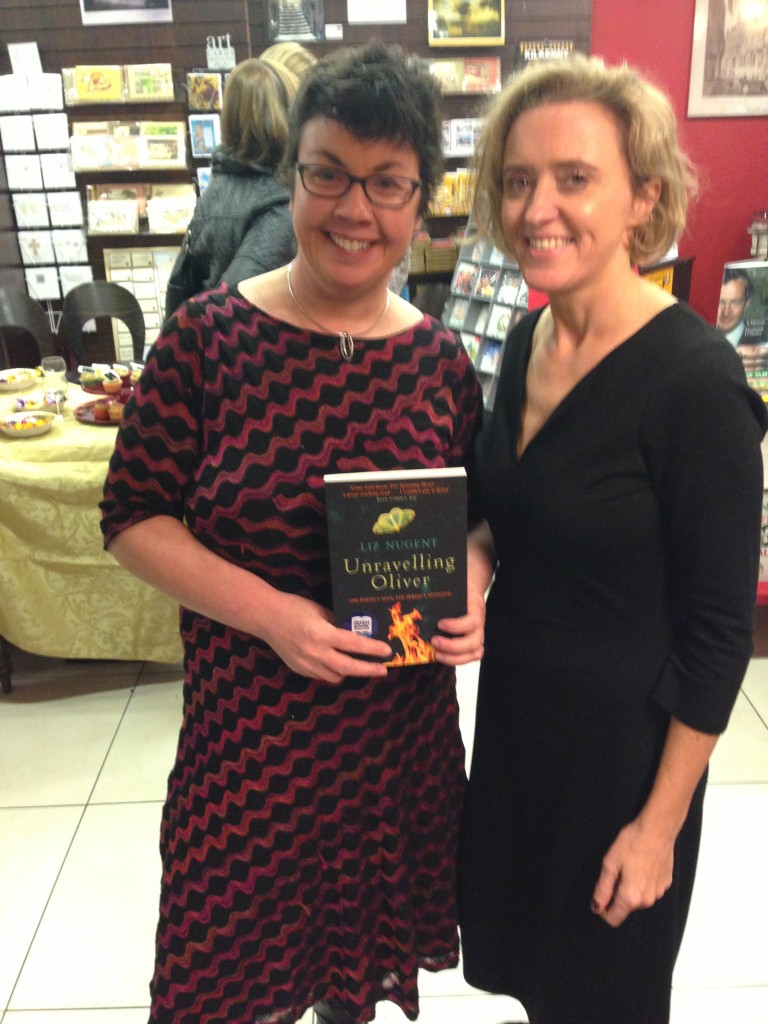 I went along to the Stone House Books reader event last night, had the pleasure of meeting Donal Ryan again, and meeting Liz Nugent and Martine Madden for the first time. Just look at the book-covered cupcakes – that really made my week! Liz is a fabulous bookshop owner and a wonderful host. I so so enjoyed the evening.And yes, I got my hair cut short, wore a hat there as my hair was still wet from the shower but forgot to run my hands through it! 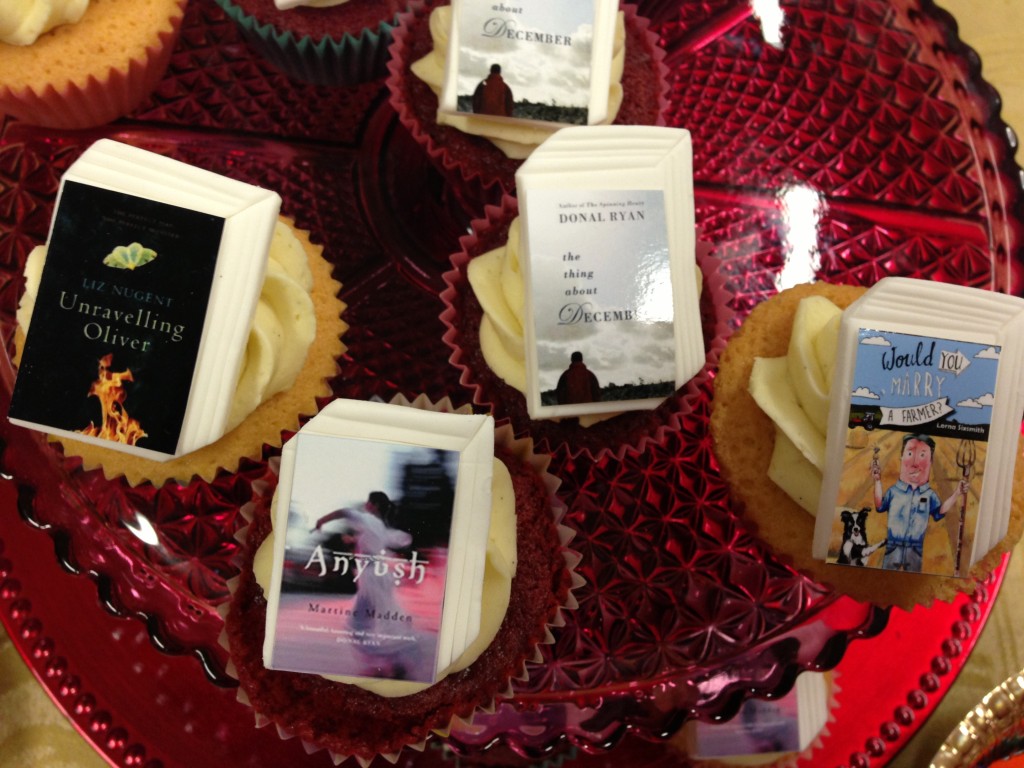 A lovely way to celebrate my first anniversary of being in print. Still have to pinch myself to think that I’ll be on national TV three times in two days – all going well! It will be interesting to see what the next year brings. I’ve so much on my to-do list – get second book written, look for a weekly columnist position, send off my first contact to an agent ……… Here’s to 2015

9 thoughts on “First Anniversary and It’s A Good One!”