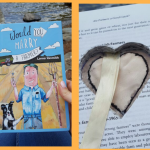 It was at the Ploughing Championships when I first heard that one of my books, Would You Marry a Farmer? had been used in a marriage proposal when I overheard a lady telling a friend that her brother had bought my book and used it when proposing to his girlfriend. I was so excited and questioned her eagerly, he’d brought along the book and a bottle of champagne and then they went shopping for the ring another day.

I received a DM from a farmer on Twitter recently, wondering if any of my books were available in hardback. As it happens, following my crowdfunding campaign in 2013, I had the first print run of Would You Marry a Farmer? printed in hardback and as most of them sold from my website and locally, I had only supplied the wholesalers and other shops with the paperback print runs so I have about 50 hardbacks left. He placed an order for two copies, requesting that they both be hardbacks, I signed them and inscribed one and thought no more about it once I’d sent them in the post.

On Saturday evening, I was on the way to shut the gate on the field the cows were in when a DM flashed up on my phone. It was a photo of an opened copy of my book with a hole in it. For a split second I thought “someone has cut the book”, then I realised it was cut into the shape of a loveheart and there was a ribbon which probably held something precious. 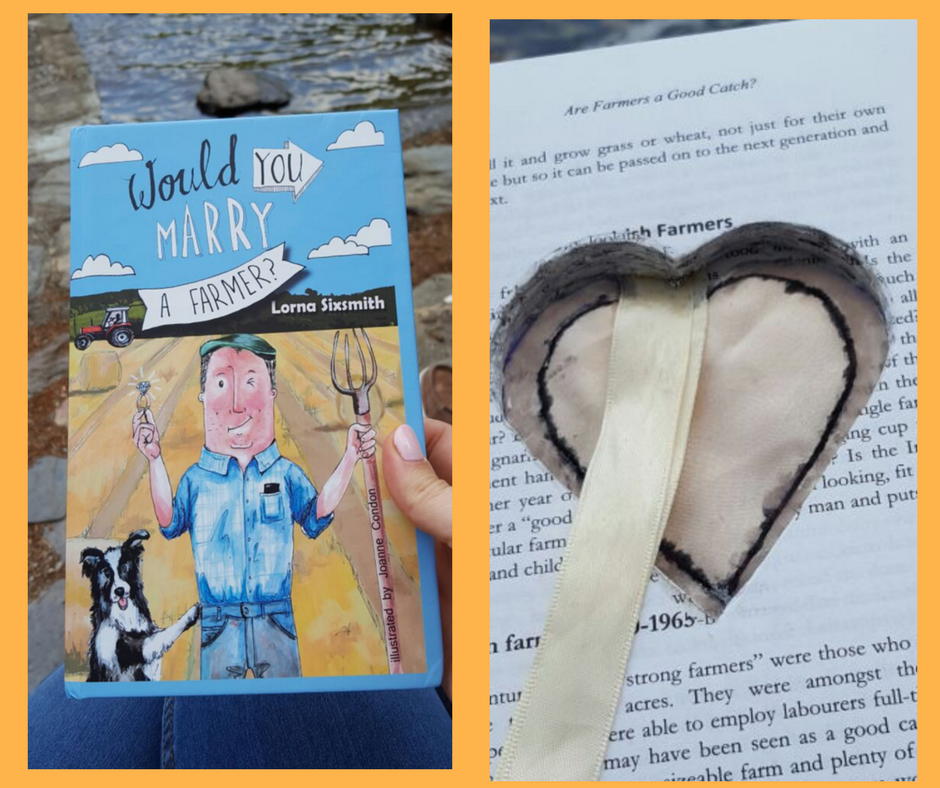 The next photo showed her hand with the engagement ring. The brave man had purchased the ring in advance (when I was researching An Ideal Farm Husband I discovered that quite a lot of men do this and I’m filled with admiration for them as I’d have problems picking out a ring for myself let alone for someone else) and she had said yes.

Have a look at my post Proposing Marriage? Should You Buy The Ring Beforehand?

I was nearly crying – I suddenly felt so emotional hearing about such a romantic proposal and that my book had played such a wonderful role in it (and yes, relief that the cutting of a book was for such a good reason!). He had given her the uncut book to read in the car, saying that I was at a stand in the mart and he’d decided to buy one, that it looked an interesting and fun read. Then, when they got to the venue where he wanted to propose, he handed her the book so she could resume her read but this was the cut version. She flicked to page 15 (which happened to be the same page she’d already read to) and saw the ring.

I can only imagine the double take she did in that split second. Romantic, brilliant, funny – I loved hearing the story.

Congratulations to John and Mary. I’m still chuffed! My husband and daughter thought it was wonderfully romantic as well.

If you would like a hardback copy of ‘Would You Marry a Farmer?‘ just add a note and I’ll send you one of the remaining copies. They are also available on Amazon (in ebook and paperback form)

Dara, who is curating the @IrelandsFarmers twitter account, told me that he used a copy of How to be a Perfect Farm Wife as a prop when he was proposing. I’m now wondering how many farmers have used my books when proposing. If you did, do let me know. I’d love to hear.

Coincidentally lorna, I actually used your book ‘how to be the perfect farm wife’ ???? put it in a very large box with the ring underneath ????