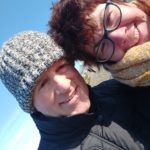 It’s easy to spot a farmer out and about when in their working clothes. Items like boots or wellies, mud splattered clothes, sitting in a tractor or jeep, the working dog alongside, bulging pockets (not with money but with nuts, bolts, baler twine, keys, receipts and a battered cheque book) and perhaps even the whiff of slurry or silage all tend to give it away without having to look too closely. But what about when they are dressed up and on a night out? Are they as easy to spot?

Recently, Brian and I went to Wexford Opera House. It’s nice to get dressed up and head out to see how the other half lives as well as enjoy some culture. We didn’t have time for a nice relaxed early bird meal. Instead we got there with about 60 seconds to spare and were hungry afterwards. Forget the glamour of the opera house, we popped into the chippy to get a fish and chips to share. I waited at the back but could hear a drunk guy talking to Brian, asking him where he farmed and if we had any hare! “How did he know you were a farmer?” I queried. “My hands, sure, look at them.” And yes, they are a dead giveaway.  I looked at my own hands with their short nails, scars and a couple of fresh cuts and knew that anyone would know my occupation from my hands too.

We went away for a night to a nice hotel two weeks ago, leaving our teenagers on their own for the first time. It was a short pre-calving break but with the milking parlour being built, it was all we could manage. During our meal, I spotted a man, probably in his late 50s, with a very scruffy phone case in his shirt pocket. “That’s as bad as yours was before it fell apart” I mentioned to Brian. Yes, the placement of the mobile phone in the shirt pocket and the dilapidated state of the phone cover are dead giveaways regarding farmer status. We then started to look out for other farmers. Would we spot them in a posh hotel where they would be in smart attire? 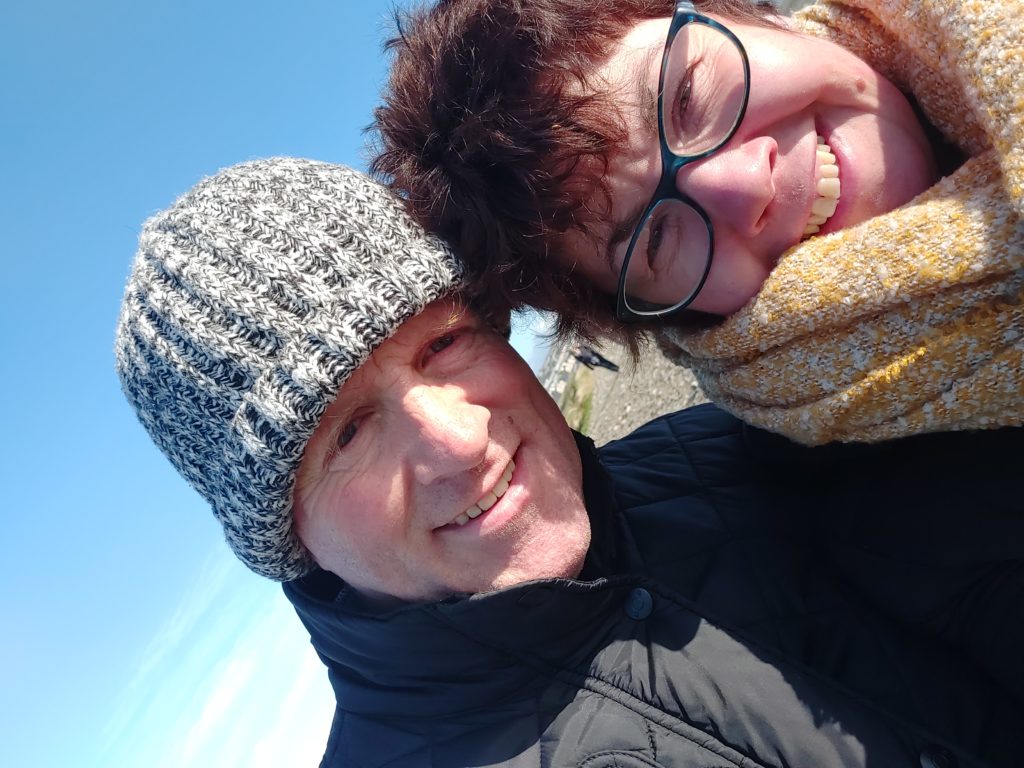 Yes, anyone could tell we’re farmers from a mile away, couldn’t they?

Many farmers don’t seem to feel the cold. No matter what the weather, they will be out in short sleeves and a sleeveless jacket. Even if they wear warm coats while on the farm, they will dress like they are in the tropics while indoors. And sure enough, a couple in their 70s stood up to leave. He was in short sleeves and walked with a rolling gait of a man that was due a hip replacement sometime soon. He had to be a farmer.

As farmers get older, their knees and hips tend to give them problems. Just as that older farmer had a rolling gait, and as Brian currently has problems with sciatica, many farmers take really long steps with a seemingly exaggerated swing to the side with each step. I admit that I’ve occasionally adjusted my steps, realising that I’m carrying those new clothing shopping bags down the high street as if I’m carrying buckets of milk – large steps and holding the bags out to the side. The “bucket walk” is a dead giveaway. 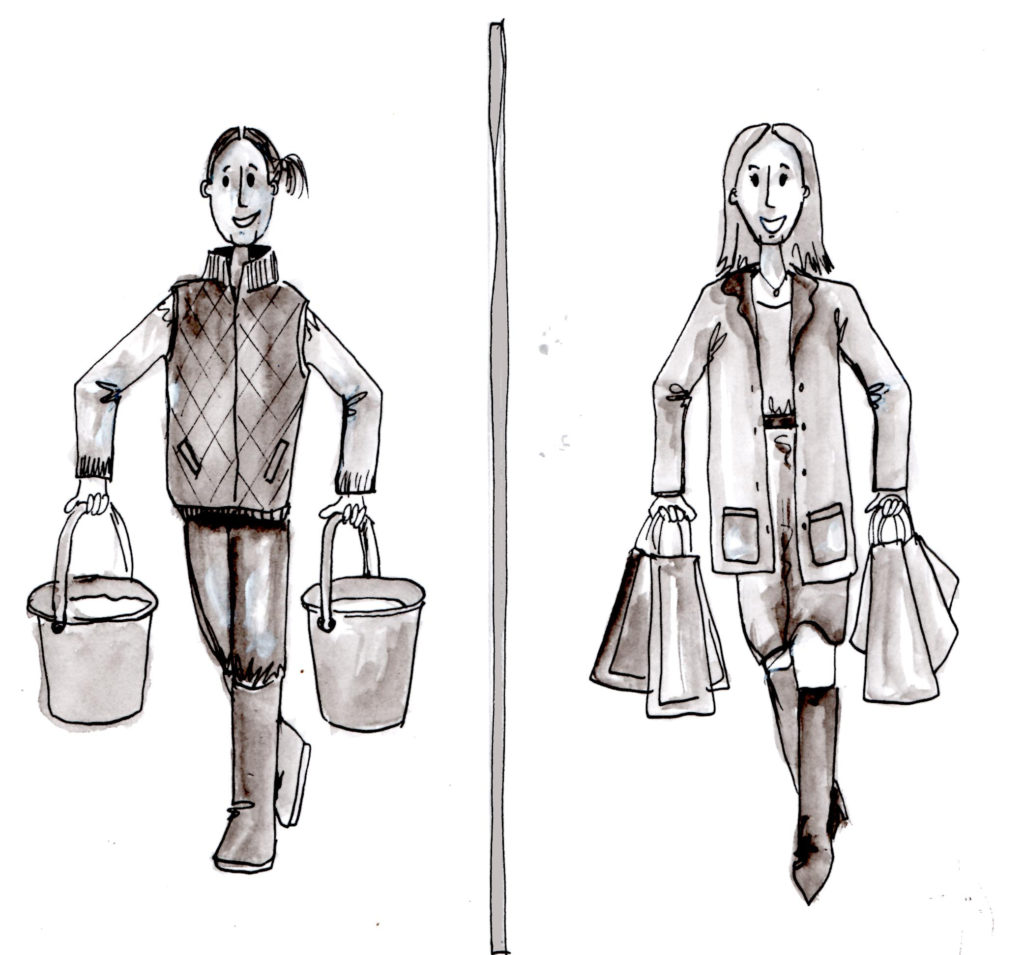 5. Bring the Farm With Them

Are all farmers grumpy? No, thank goodness but some need to learn how to live a little and leave all their troubles behind. I’m not sure if this guy was a farmer but he was definitely from a farming background. They were a young couple in their late 20s or early 30s. He didn’t smile once. I overheard him talking about cattle prices (which, let’s face it, is not a cheerful topic at the moment) and advising her on what her father should do with his cattle. Just the topics you want to discuss when away for a night in a nice hotel! When they returned to the bar from the dining room, he had a full glass of beer that he brought with him. She returned a few minutes later having gone to the bar to get a drink for herself. I’m all for equality but there is such a thing as gentlemanly good manners. Honestly, I felt like tapping her on the shoulder and telling her to ditch the grumpy sod, she could do so much better.

So yes, farmers who can’t leave the farm behind no matter what the occasion, you stand out a mile. Not necessarily a bad thing of course, but it is if you are continually moaning.

There is a wave that is as unique to farmers as the royal wave is to the Queen of England. It can vary slightly but be it a large fist up in the windscreen (it’s not a threat honestly) or a single finger raised from the steering wheel, the size of the hand leaves you in no doubt that it’s a farmer. 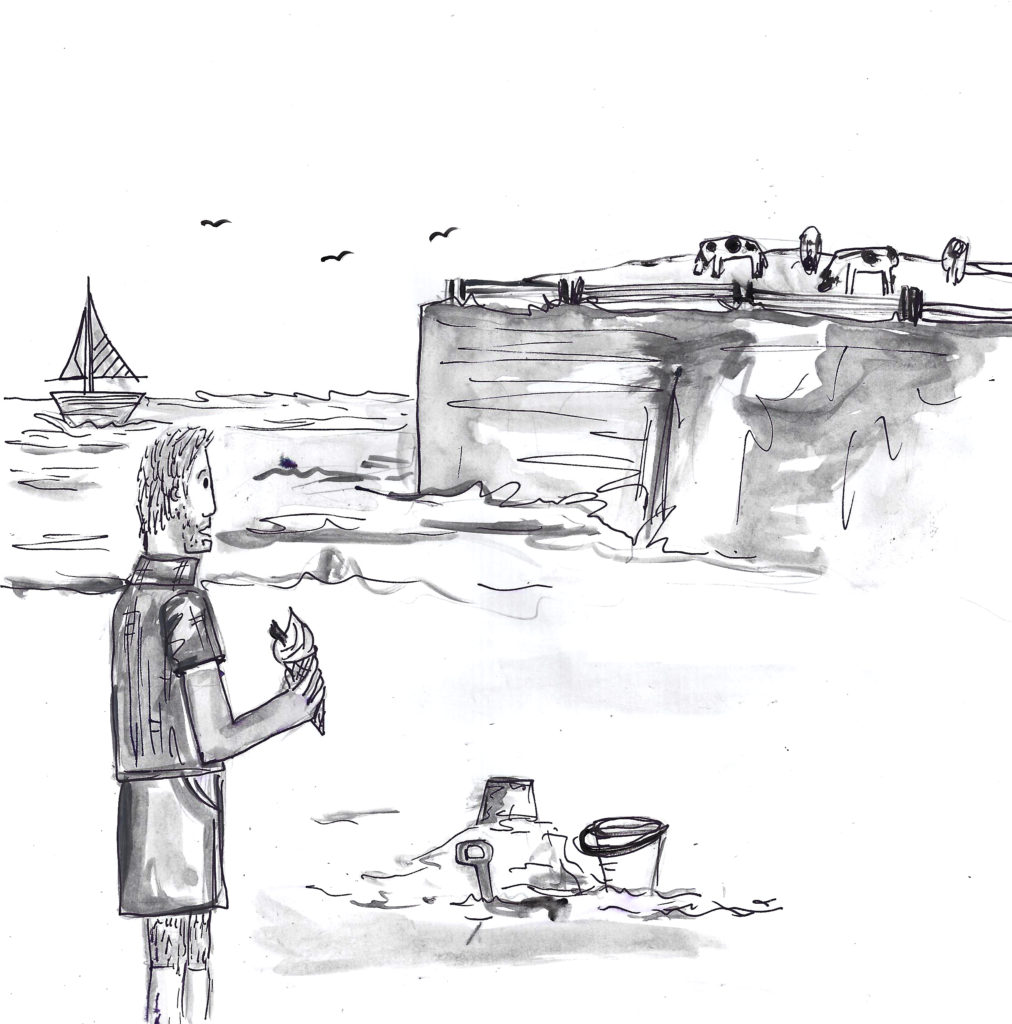 How to spot a farmer on holiday

Whenever a farmer is off the farm, it’s common to get commentary on what is over the hedges as you drive along be it the fine cattle, ripe corn or poor grass management. And if  on holidays, if they manage to leave it all behind, they will still gaze wistfully if they see any livestock and arrange to walk in that direction for a closer look and perhaps a chat with a local farmer. And if you were in any doubt and he’s wearing shorts, look at his legs, they will be less hairy on their lower legs from continually wearing wellies.

Mind you, with the way things are going in farming, we might become an endangered species yet so let’s appreciate our little quirks (as long as they aren’t grumpy ones).  I’m joking, I think we’ll all be around for a long time yet. If you would like to read more about life in farming, check out my books for the good, the bad and the funny parts to farming.

One thought on “7 Ways to Spot a Farmer”