I’ve been re-reading the James Herriot series over the last couple of weeks. I first read them as a teenager, and still have almost all of the dogeared copies. I picked up an omnibus of 6 of the books in a second hand shop a while ago, just couldn’t resist it. It must be 3o years since I last read James Herriot but I must confess to occasionally recording All Creatures Great and Small when it was on TG4 every morning last winter and then sitting down at 10pm with a cup of tea to watch it. 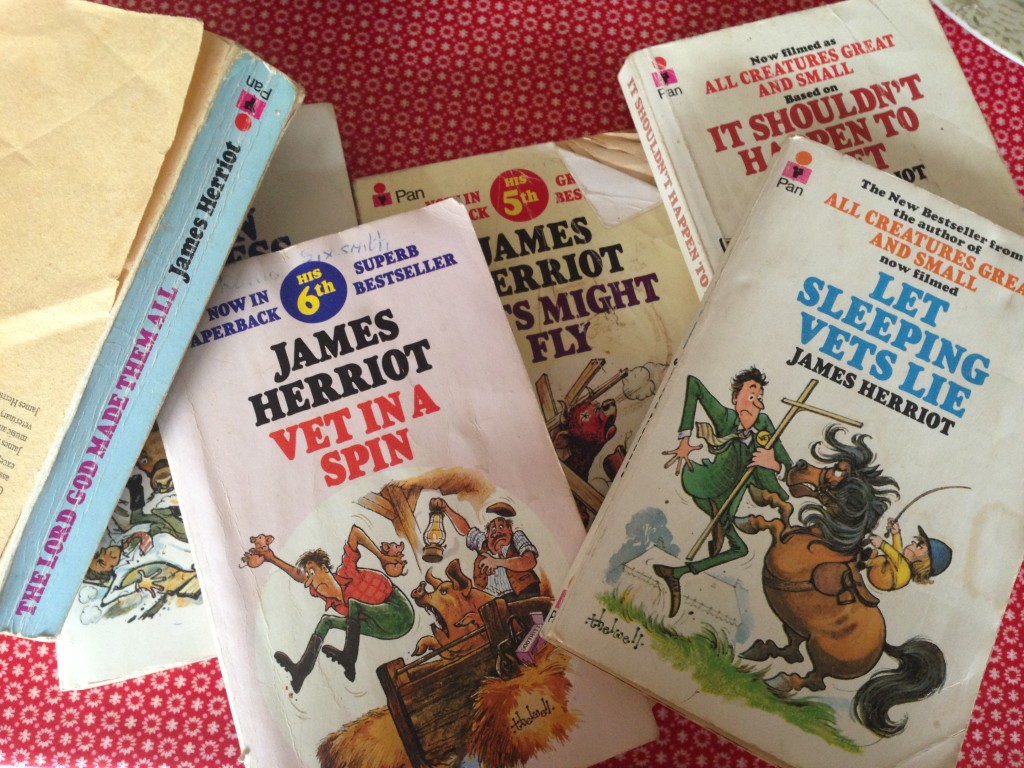 I love the ease with which he seems to write, it’s certainly very easy to read. James Alf Wight really captured the essence of the Yorkshire farmers, of human condition, of whatever it is that makes people tick. His books are bestsellers the world over and apparently Skeldale House is now a museum with over 50,000 people visiting every year. ?What I particularly enjoyed was his ability to laugh at himself, to point out that he often felt he wasn’t a great vet, that sometimes his successes were due to luck or Mother Nature, that sometimes a moment of brilliance was actually his subconscious working, that he had nightmares about not diagnosing something serious such as foot and mouth, that he was hopeless at form filling and once nearly had the wrong cow killed by the abbattoir. Apparently he suffered from bouts of depression, of severe melancholy but that doesn’t come across at all in his books. Although most of the books were written in the 1970s, most are focused on the 1940s, from when he arrived at the surgery to his experiences in the RAF during the war, to post war. Maybe it was because his earliest memories just became more embedded in his mind. His tales of bachelor days in Skeldale House were certainly amusing. I loved the way certain experiences set off memories of particular animals or of farmers plus how he placed certain situations back to back – one poignant example that stayed in my mind was about how one seemingly content gentleman committed suicide after this dog had to be put down and how another very depressed man managed to climb through his depression after Herriot persuaded him that he, and only he, could look after his blind dog and give him quality of life.

What’s interesting to all farmers of course are the stories of farming from that era as seen through the eyes of a vet. The fact that cattle crushes weren’t in existence, that animals had to be caught in the field or in a large pen and held by the nose. The idea of that just made my eyes water not to mention the fact that some of these bullocks could be three years old. Stories of dehorning when it came in – having to dehorn fully grown cows, bulls and bullocks. The writhing around on a cold byre floor for hours trying to calve a cow before the days of caesarean sections and pulleys and the contrast to visiting pampered pets in over decorated sitting rooms. Working without antibiotics, making up their own medicinces from the various concoctions on the shelves, moving from drenches to injections, all the changes in science make for interesting reading too. 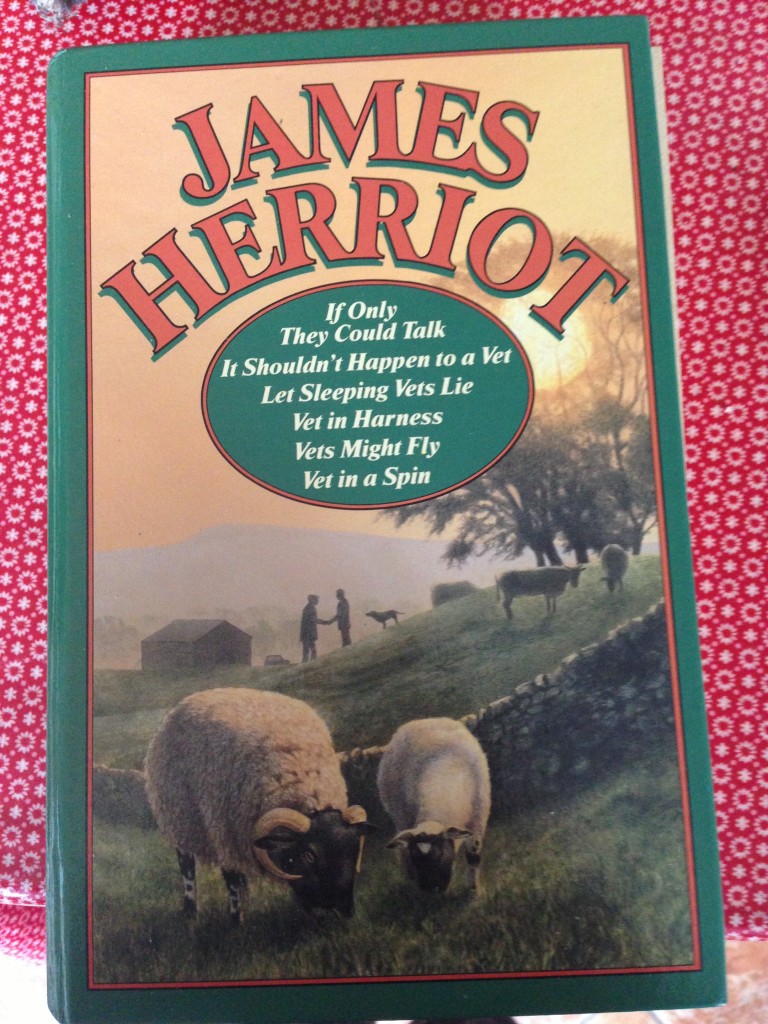 He had a great knack for presenting the rough with the smooth. For every time that he admits he thought about comfy jobs in offices or doctors visiting patients in warm bedrooms as he groaned about leaving his bed at 3am for draughty cowhouses or open fields, they are always followed by the evidence of why he loved his job and why he stayed in Yorkshire. The air and the views were like a tonic to him and the miracle of new birth or a recovery just gave him such a buzz.

His descriptions of the farming families were refreshing too – often amusing, sometimes sad, often reflecting on their generosity or their meanness, often on their low opinion of him as a vet – they captured not just a Yorkshire but how farmers everywhere were and perhaps still are. ?One of my favourite quotes is from Chapter 9 in It Shouldn’t Happen To A Vet:

I walked around the buildings shouting as I always did, because some people considered it a subtle insult to go to the house and ask if the farmer was in. Good farmers are indoors only at mealtimes.

If only more would realise that it is still the case!

I don’t think the James Herriot series will ever lose their charm. I’ve just realised his son has written a biography entitled The Real James Herriot which is going on my Christmas list to purchase and read. I’m also hoping TG4 will do a rerun of the TV series again.