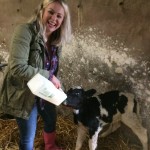 We have sixty calves now and they are divided into a very neat thirty heifers (females) and thirty bulls. Last year we had 40 females and 20 males when we hit 60 but it ended up fairly 50:50 when calving was finished. As a dairy herd, we prefer heifers – partly because we are continually working on improving the breeding of our dairy herd and dairy calves will either go into our herd or will be sold to other dairy farmers. They are worth more than bull calves too if we were to sell them. We rear bull calves to beef at 2 years of age (castrate them) but we’re also thinking of selecting some to rear as stock bulls and sell them to other farmers at 13-14 months of age. We’re giving it a go with 11 of last year’s calves at the moment. The icing on the cake, of course, is if one of the Artificial Insemination companies select one of the bull calves and buy him from us.

One thing about calf rearing that really interests me is the constant research and change with regard to caring for calves. It may not seem to change much over a couple of years or even over a decade but looking back over time, calf feeding and care has altered hugely.

How We Do It

We feed our calves whole milk for the first few weeks but we tried milk replacer last year after 1st April (when quotas went) and it seemed to work fine. The beginning of April coincided with our calves getting a bout of crypto (which gives them scour / diarrhoea) and the replacer seemed easier to digest. All recovered quickly within 24 hours much to our relief as the previous year, we lost a few as a result. 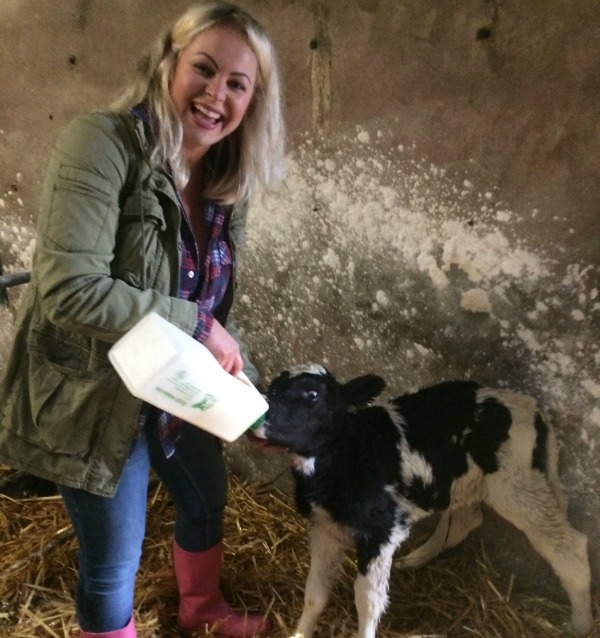 We feed the calves on teat feeders but they usually need to be shown how, therefore, I feed them first with a 3litre bottle with a ‘peach’ teat. Calves are born without any immunities therefore it’s imperative they get sufficient colostrum within a couple of hours of being born.  It provides them with antibodies and vitamins. Occasionally (e.g. if born at 3am and there isn’t any other colostrum available apart from milking the cow at that hour) we let the calf suckle. The disadvantage of that is it can be difficult to know how much colostrum it has drank – 1 litre, 2 litres or3 litres? The calf should get 10% of its body weight so if it’s around the 30kg, it should get 3 litres of milk. We find the majority of our calves drink between 2.5-3litres with an occasional one taking 4 litres. It is fed by bottle and then by the second or third feed, it is ready to drink from the teat feeder.

I love a feisty calf and earlier this week, a little black heifer calf drank an almost full bottle quite happily and quickly within 2 hours of being born. A couple of older calves in the pen were learning to drink from the feeder and as I was feeding another newborn, she latched onto the teat feeder and was sucking away.

Some farmers give all calves their first feed via stomach tube, feeding them 3 or 4 litres of colostrum. I’m not sure why but I prefer to feed by bottle, only feeding by tube if they just won’t feed for me. Years ago, they didn’t seem to be as aware of the importance of colostrum and there was the occasional story of frustrated farmers who ended up throwing the colostrum over the calf and growling “It can bloody well soak in!” I wonder if many of those calves got sick later and died.

It’s interesting how things change so much. Until fairly recently, lots of time was spent training dairy calves to drink from a bucket of milk. Their natural instinct is to tilt their head up to suck from the udder so trying to get them to keep their head down and drink rather than suck was often a challenge. And of course, if you were tempted to push the calf’s head down, that rebounded on you totally as it was the calf’s instinct to try and avoid drowning. Things will change into the future now too – with quotas gone, more farmers will use milk replacer and you can even get a collar for each calf and the system recognises how much it drinks and can alert you if there is anything out of the ordinary.

This extract is from Rural Life in the Management of Horses, Dogs, Cattle Sheep, Pigs, Poultry etc (circa 1855)

If fed, calves should be fed four tiems a day for the the first fortnight, a quart (of a gallon) at a time.

Young animals must gradually be reared on a more solid food than milk as it is essential to stimulate all the different parts of the alimentary canal to a healthy activity. Some are stingy and give the calves skimmed milk.

A quart at a time would be equivalent to a little over 4 litres in a day. It’s now recommended that calves get 5.5-6 litres a day and yes, that they are introduced to meal at a couple of weeks old for rumen development. We feed them twice a day, some farmers move to once a day feeding once they are a few weeks old. In the past, many farmers would have skimmed the milk to keep the cream for butter making I guess.

Calf mortality used to be extremely high, up to 1 in 4 apparently. Nowadays, the mortality rate for heifer calves within first 12 months but most occurring within six weeks is 6.5%, according to Teagasc research.  Once calves get scour (diarrhoea), they can become dehydrated and weak very quickly. It’s a priority to get electrolytes into them to keep them hydrated especially if they won’t drink milk. Apparently, years ago, they used to believe that scour was partly caused by the milk being too rich and watered it down! Nowadays, cows can be vaccinated for most of the causes of scour and the antibodies pass to the calf in the colostrum. Calf houses are disinfected and calves are bedded with plenty of straw.

Scour is the most fatal disease. A tablespoon of sulphur can be effective. If still suffering, adminster a tablespoon of tincture of rhubarb and a teaspoonful of laudaneum. A pint of port wine can work wonders.

Somehow, I doubt if too many farmers gave cows a pint of wine and even including that as a suggestion hints at the wealth of the farming readers. 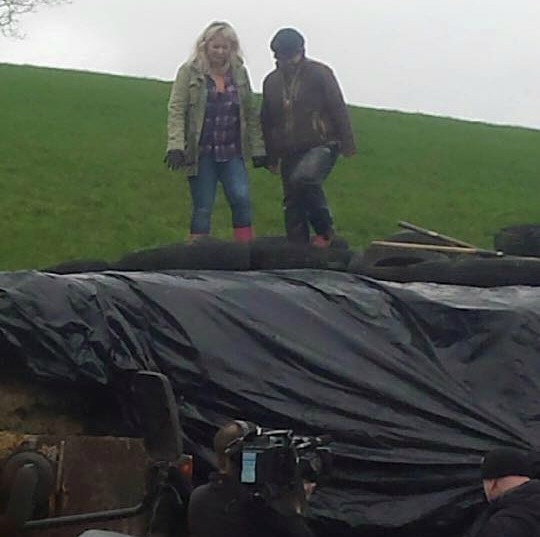 Although the calving season is a busy couple of months, I enjoy it. We’ve had six calves each day for the last two days but it’s quieter today with just two in the calving unit. It’s interesting to see new calves coming on too. What changes have you made with your calf rearing over the years?

By the way, if you would like to watch me teach Amanda Brunker how to be a perfect farm wife – feed calves, stand in a gap, strip silage, clip tails and strip silage, it’s about 20 minutes in on this episode of RTE Today (19th February). 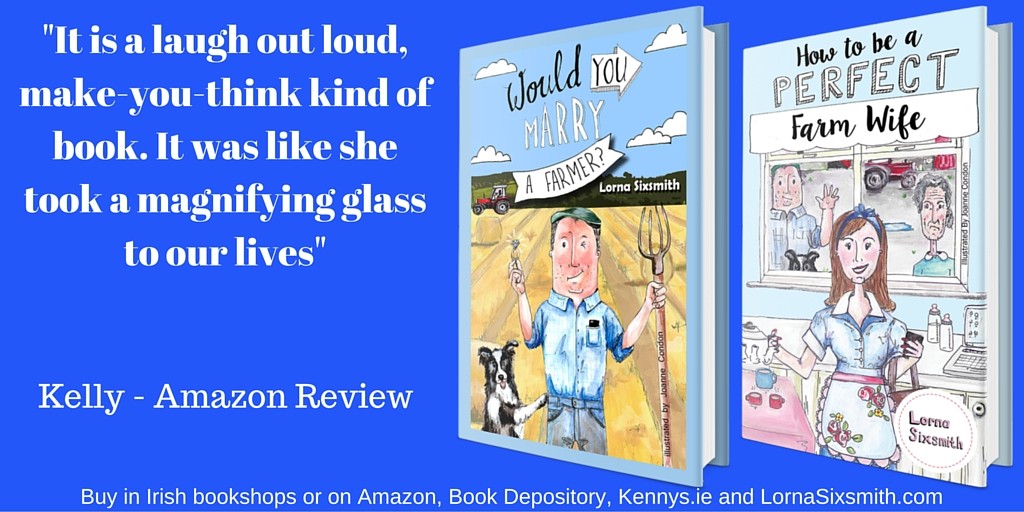 One thought on “How Calf Care Changes”