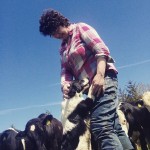 Farm Wives Then and Now

(This article was originally published in Ireland’s Own magazine) 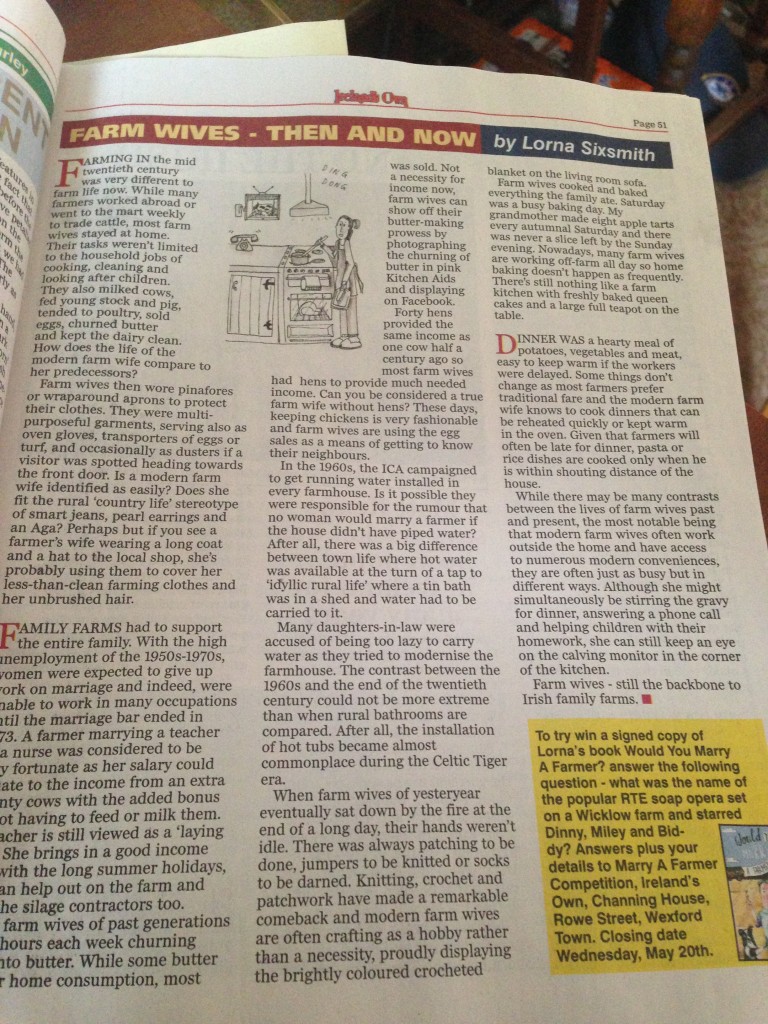 Farm Wives Then and Now – Ireland’s Own Magazine

Farming in the mid twentieth century was very different to farm life now. While many farmers worked abroad or went to the mart weekly to trade cattle, most farm wives stayed at home. Their tasks weren’t limited to the household jobs of cooking, cleaning and looking after children. They also milked cows, fed young stock and pig, tended to poultry, sold eggs, churned butter and kept the dairy clean. How does the modern farm wife compare to her mother and grandmother? If you are marrying a farmer and wondering what you are getting into, this will give you some ideas.

Farm wives then wore pinafores or wraparound aprons to protect their clothes. They were multi-purposeful garments, serving also as oven gloves, transporters of eggs or turf, and occasionally as dusters if a visitor was spotted heading towards the front door. Is a modern farm wife identified as easily? Does she fit the rural country life stereotype of smart jeans, pearl earrings and an Aga? Perhaps but if you see a farmer’s wife wearing a long coat and a hat to the local shop, she?s probably using them to cover her less-than-clean farming clothes and her unbrushed hair.

Family farms had to support the entire family. With the high unemployment of the 1950s-1970s, women were expected to give up work on marriage and indeed, were unable to work in many roles until the marriage bar ended in 1973. A farmer marrying a teacher or a nurse was considered to be very fortunate as her salary could equate to the income from an extra twenty cows with the added bonus of not having to feed or milk them. A teacher is still viewed as a ‘laying hen’. She brings in a good income and with the long summer holidays, she can help out on the farm and feed the silage contractors too.

The farm wives of past generations spent hours each week churning milk into butter. While some butter was for home consumption, most was sold. Not a necessity for income now, farm wives can show off their butter-making prowess by photographing the churning of butter in pink Kitchen Aids and displaying on Facebook.

Are you a true farm wife if you don’t have hens?

Forty hens provided the same income as one cow half a century ago so most farm wives had some hens to provide much needed income. Can you be considered a true farm wife without hens? These days, keeping chickens is very fashionable and farm wives are using the egg sales as a means of getting to know their neighbours.

In the 1960s, the ICA campaigned to get running water installed in every farmhouse. Is it possible they were responsible for the rumour that no woman would marry a farmer if the house didn’t have piped water? After all, there was a big difference between town life where hot water was available at the turn of a tap to ‘idyllic rural life’ where the tin bath was in a shed and water had to be carried to it. Many daughters-in-law were accused of being too lazy to carry water as they tried to modernise the farmhouse. The contrast between the 1960s and the end of the twentieth century could not be more extreme than when rural bathrooms are compared. The installation of hot tubs became almost commonplace during the Celtic Tiger era.

When farm wives of yesteryear eventually sat down by the fire at the end of a long day, their hands still weren’t idle. There was always patching to be done, jumpers to be knitted or socks to be darned. Knitting, crochet, embroidery and patchwork have made a remarkable comeback and modern farm wives are often crafting as a hobby rather than a necessity, proudly displaying the brightly coloured crocheted blanket on the living room sofa.

The Joy of Baking

Farm wives cooked and baked everything the family ate. Saturday was a busy baking day. My grandmother made eight apple tarts every autumnal Saturday and there was never a slice left by the Sunday evening. Nowadays, many farm wives are working off-farm all day so home baking doesn’t happen as frequently. There’s still nothing like a farm kitchen with freshly baked queen cakes and a large full teapot on the table.

Dinners Then and Now

Dinner was a hearty meal of potatoes, vegetables and meat, easy to keep warm if the workers were delayed. Some things don?t change as most farmers prefer traditional fare and the modern farm wife knows to cook dinners that can be reheated quickly or kept warm in the oven. Given that farmers will often be late for dinner, pasta or rice dishes are cooked only when he is within shouting distance of the house. 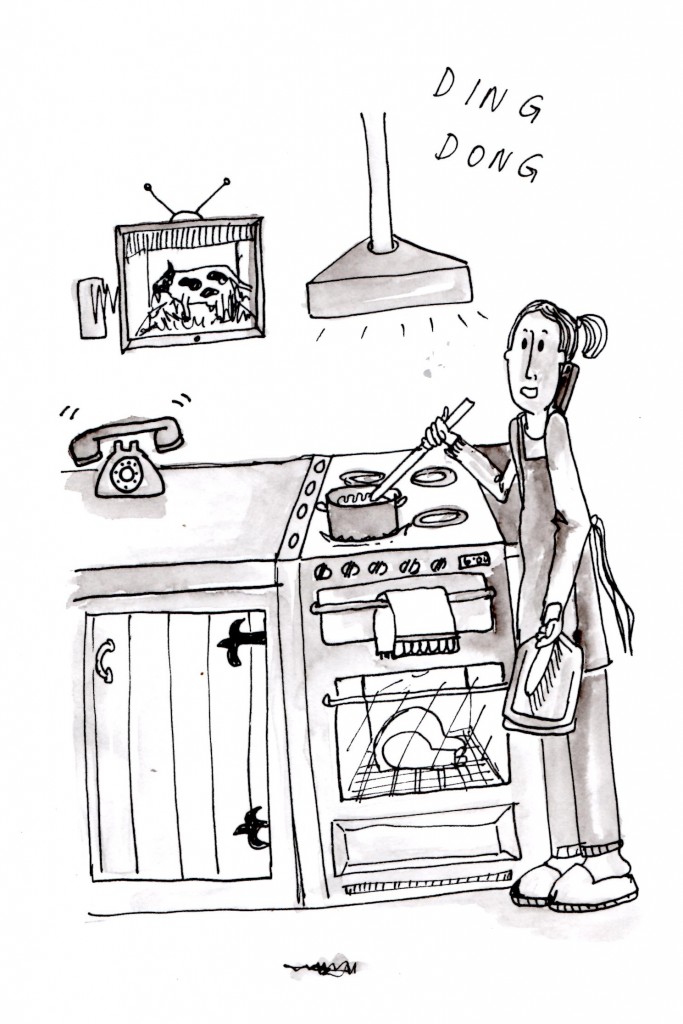 While there may be many contrasts between the lives of farm wives past and present, the most notable being that modern farm wives often work outside the home and have access to numerous modern conveniences, they are often just as busy but in different ways. Although she might simultaneously be stirring the gravy for dinner, answering a phone call and helping children with their homework, she can still keep an eye on the calving monitor in the corner of the kitchen.

There have been a lot of changes in the last half century but farm wives still provide the backbone to many Irish family farms.

2 thoughts on “Farm Wives Then And Now”