The Silage Is In

This week was all about silage and slurry. (Silage is grass that is cut and chopped, brought to a concrete pit and packed in tight. When covered with polythene and tyres to keep the air out, it stays preserved until the cattle eat it in the winter – it’s important to get it in as dry as possible). ?The contractors had a few problems with the mowing which meant it was dragged out a bit but it was all in the silage pits by Wednesday morning, just before the showers came down. It’s been a blustery and cold end to May here. It’s the bank holiday weekend and I lit the fire last night and have the central heating on at the moment. Mad! The forecast is dire for tomorrow (bank holiday Monday) and there’s no guarantee it’s going to get hot soon either! 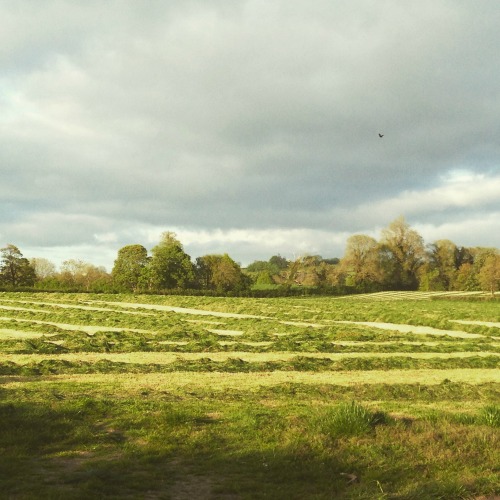 Silage Field in the Evening Sun 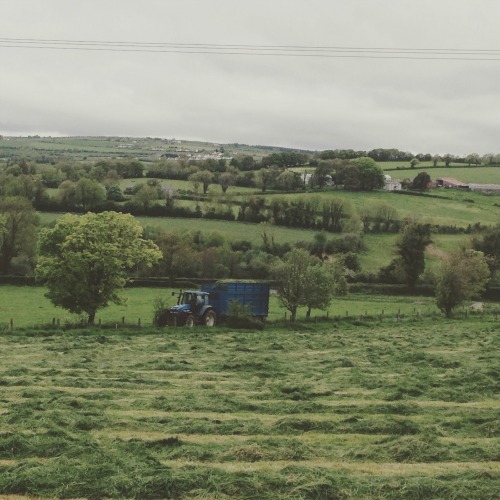 The four pits have been covered now too – that’s nearly as big a job. I’m not the best with a roll of cling film so I leave all the sorting out of the polythene to Brian. It was really windy one of the days so we ended up doing it at 9pm when the wind had died down. Standing on a high pit with the wind billowing large sheets of polythene everywhere is not recommended! 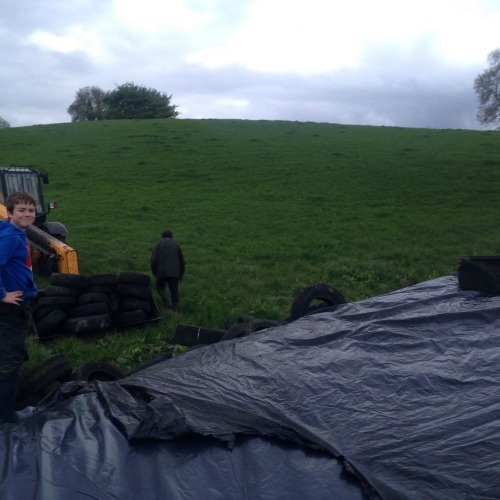 Two contractors have been spreading slurry this week, it’s a 1.5 mile drive from the home farm to the outfarm so it’s quite a long draw. That added to me being busy this week too, they might not think that I put in a bit more effort with the dinners but it wasn’t like I could just throw a quick omelette together and make it do. I’m not the best of farmers’ wives when it comes to feeding men as although I’d give the silage men dinner at one-ish if they start early, every one else has to fit into my timetable which means dinner at 3:30. They tended to finish work between 7 and 8 so I just presumed they got their tea/supper at home. Now, my mother and many other farmers’ wives would have given them dinner at one o’clock and tea at six o’clock. Many farmers take pride in feeding visitors and workers well, it is seen as the right thing to do. Others don’t feed them at all. I do think they need a decent meal when they are working such a long day but I’m not the most attentive when it comes to ensuring the dinner is scrumptious!

My dad was only telling me yesterday about the time when farmers here used to go from farm to farm working on the harvest, 18 or 20 farmers all doing the threshing. The ‘host’ farmer’s wife would the one feeding all the helpers and indeed, in some parts of the country, there would be music and a bit of a party with the supper at the end of a long day. When working at one farm, and time was moving past 7pm, my dad cycled home to milk the cows knowing that the only other person to milk was his mother. As the farmer had decided to serve the tea when everyone was finished, it was delayed and my dad missed it. The next day, at the next neighbouring farm, the previous farmer was most upset with my father for going home without his tea and made him promise to never do it again.

Any sales reps that called here years ago would have been sent in to the kitchen to collect the cheque for payment and while in there, they would get a cup of tea and whatever had been freshly baked that day. Reps now say that they rarely see farmers’ wives and indeed, I’d imagine they have targets to meet in any case so don’t have as much time for those chats and cups of tea. According to recent research by Teagasc, 51% of Irish farms have an off farm income.

Do farm women work harder than male farmers? I’m not sure about nowadays but having interviewed a number of people about farming in the past as well as reading various social studies, I really do believe that farm women worked much harder than men half a century ago. Here’s why:

I’m really enjoying doing the historical research for the book. As with Would You Marry A Farmer?, the first section wil be historical, looking at the lives of farm women from the past. 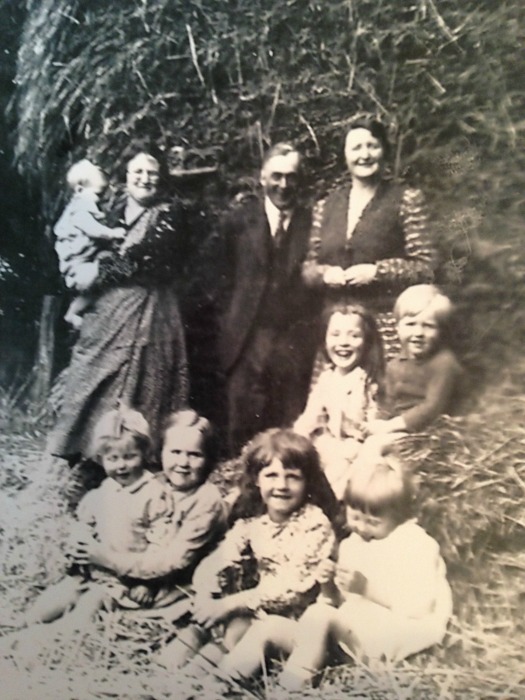 This photo is from 1938. It’s my grandmother on the top left, wearing her usual housecoat to protect her clothes. My grandfather always wore a loose collared white shirt, waist coat and often a jacket, even when making hay! The other lady is one of my great aunts. My dad is the baby, the youngest of the seven children there (there was 9 in the family in the end).

Farm women also had to cope with seasonality in terms of food and food shortages during the rationing of WW2 that continued for many years afterwards. I’ve been looking through some old recipe books and found this one the other day. Many recipes referred to eggs being expensive and also being scarce at particular times of the year. My maternal grandmother used to store eggs in glycerine and water and then when the price of eggs went up close to Christmas, she would sell all the eggs available and use the stored eggs for her own baking. These recipes focus on cakes that are eggless or use fewer eggs than normal. 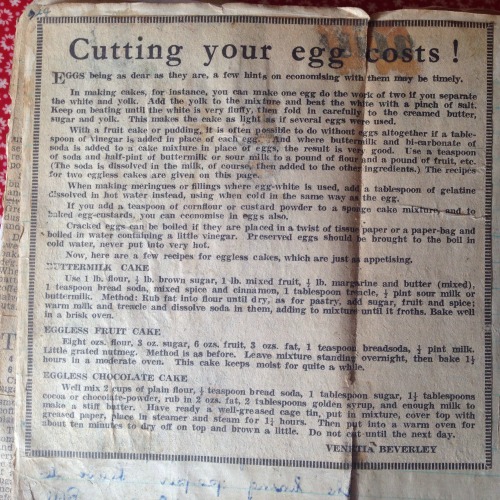 How is Book Number 2 Going?

How To Be A Perfect Farm Wife is coming along nicely – I think! I go through stages of panicking to then thinking all will be fine. It is 3.5 months to the book launch and I keep reminding myself that I did the whole of the first book in that length of time – although I wouldn’t like to be working at that speed again! Most of it is in draft now although it still needs a lot of work, most of the sections are fairly complete. I still have some research to do but that will be slotted in as it gets done. I’ve a deadline to get it to my editor for next weekend. The first edit is simply going to be for feedback on the content, suggestions for improvements and to let me know if I’m doing anything particularly daft or irritating in my writing. I had planned to get Brian to read it first but considering he falls asleep after reading about six lines, I’m not too sure how successful that will be. Not from boredom, I hasten to add but because he is sleep deprived at the moment!

By the way, once I get it to the editor, I’m going to be sending out my newsletter so if you’d like to receive it, do sign up here. And the book launch will be on 11th September in Kilkenny so I’d love if you put that in your diary!