It was our 21st wedding anniversary recently. I’m almost getting embarrassed that we’ve been married for so long, it makes me feel very old even though I was almost a child bride!! 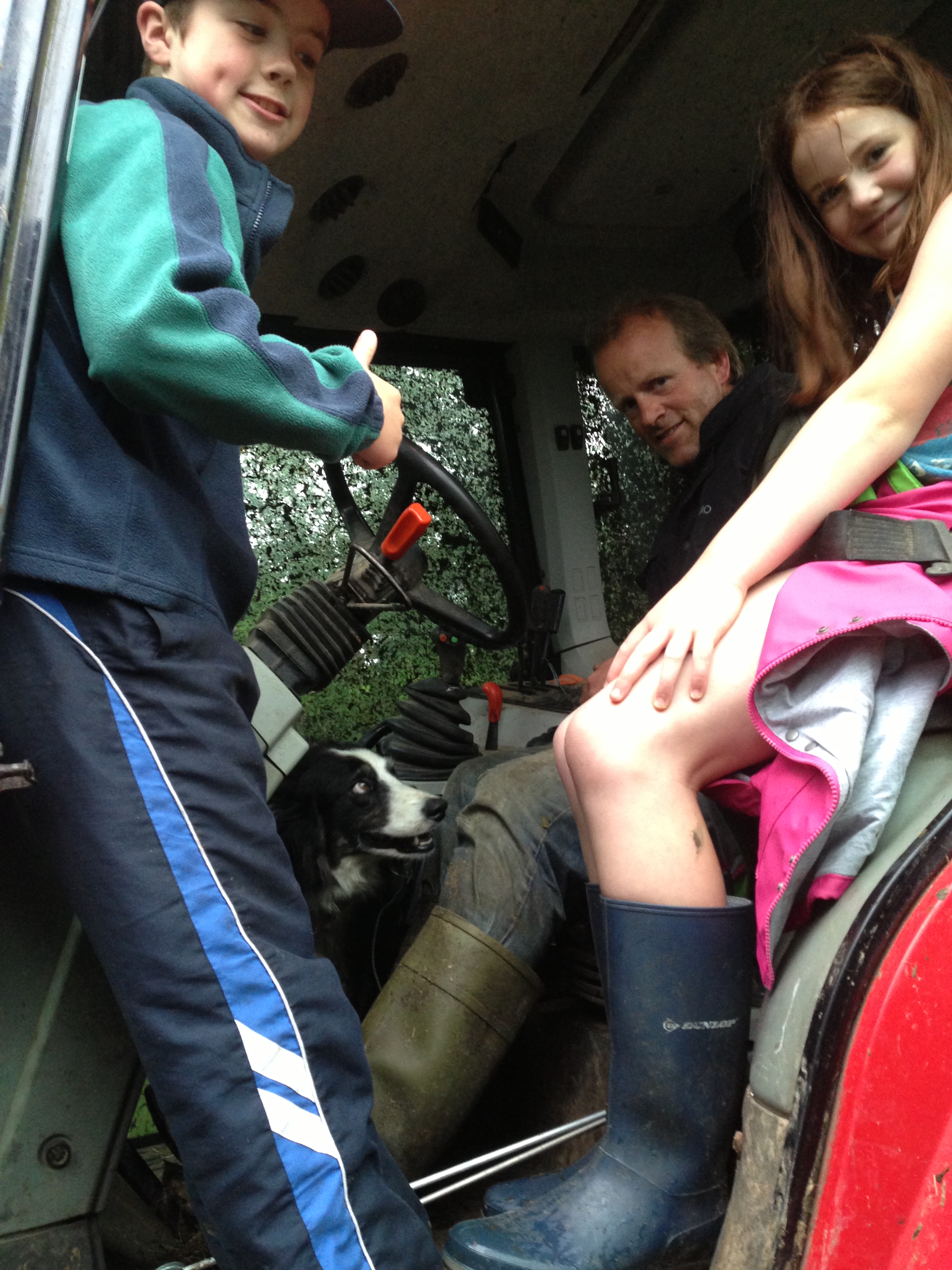 This tractor was delivered on our wedding anniversary in 2005!!

We’ve been farming now for 11 years, for the ten years before that – Brian was working as a scientist (5 of which he spent studying for a PhD on a part-time basis), I was in college for five years as a mature student and worked as a secondary school teacher for the remainder. Life was very different then, not only was it pre-children but we were both working 9-5 with good holidays. Brian’s commute was only 15 minutes and mine was 45 minutes. We were both home by 6 with the rest of the evening free to cook dinner, do some decorating, relax in front of the television, go out or relax with a book.

Money is also a hugely different scenario. When working as an employee, you get the same salary every month. ?As a farmer, income can be erratic and so is the overdraft. ?We pay ourselves a salary every month so it’s the farm account that’s erratic, however, we could do with paying ourselves a bit more. ?As employed, you might invest money in your home. Being married to a farmer tends to mean that farm improvements come before house improvements!

I have to admit I’m not the type of person who makes a big deal about anniversaries (birthdays are a different matter though), I’m probably less romantic than Brian when it comes to them. I remember when working in one job there was one person I really couldn’t stand and she always made a huge deal of her anniversaries, I used to conclude that she was definitely celebrating that her husband had stayed with her for so long! The fact that he left her some time later didn’t surprise me at all. 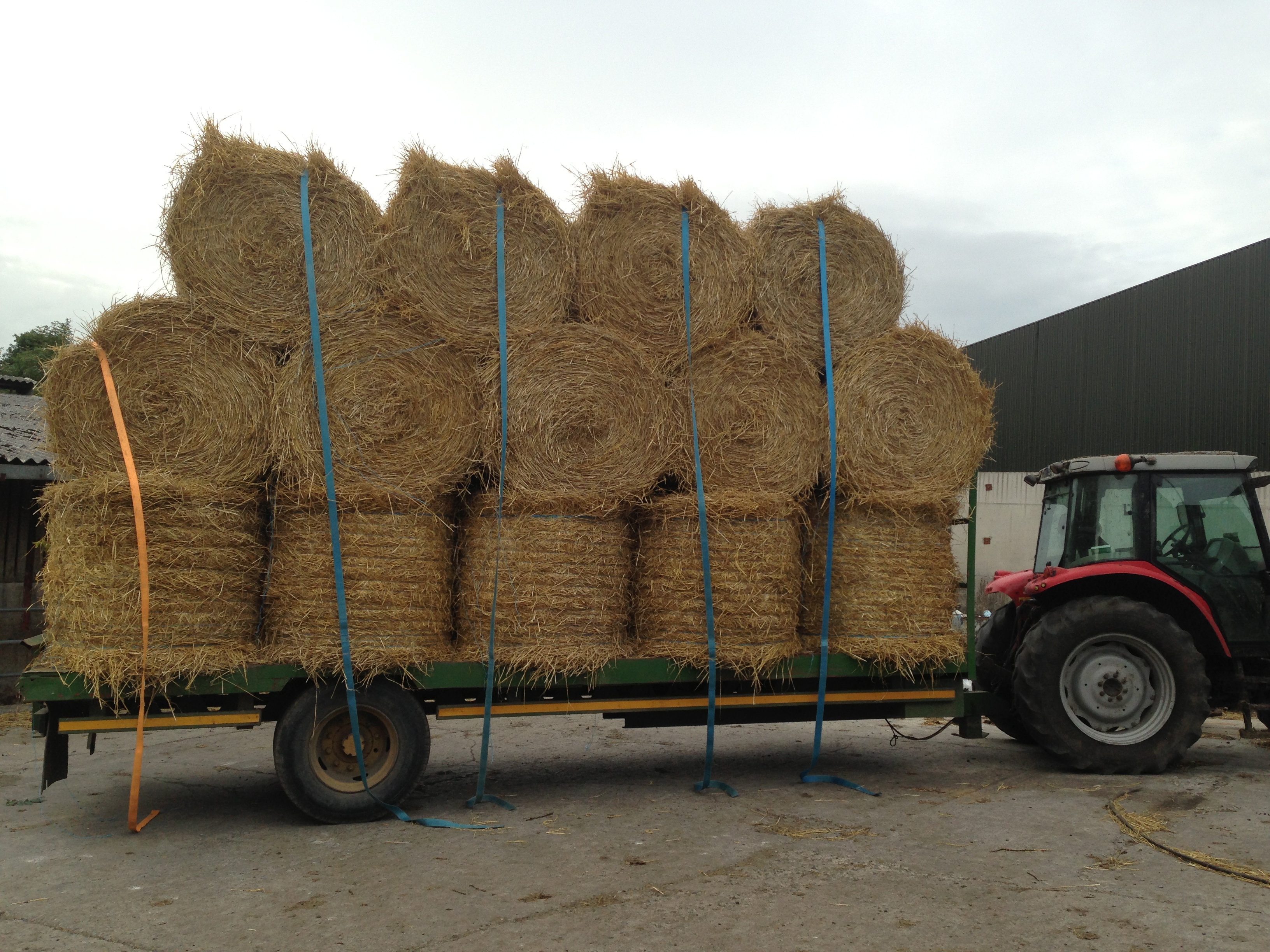 Brian was drawing straw for 5 days, milking first, breakfast, then bring home 2 loads of 28 bales, dinner, another load, milk and unload the last load. He came in for dinner one day and said he’d finish it by Tuesday evening and looked at me strangely. It took me a minute to realise that Tuesday was our anniversary and that would scupper our day or evening out. We went out for dinner on our own last year to celebrate our 20th anniversary but this time, the children were insistent that they were coming with us. ? They have got to the age that it is really nice to bring them out for an evening meal. I know time together as a couple is important too but it’s not going to be that long until they are either embarrassed to be seen with us or we are ’empty nesters’. We decided to go away for the day on the Wednesday with the children, so it was intended to leave by 11. We left at 12:15 and got to Lullymore at 1:30. 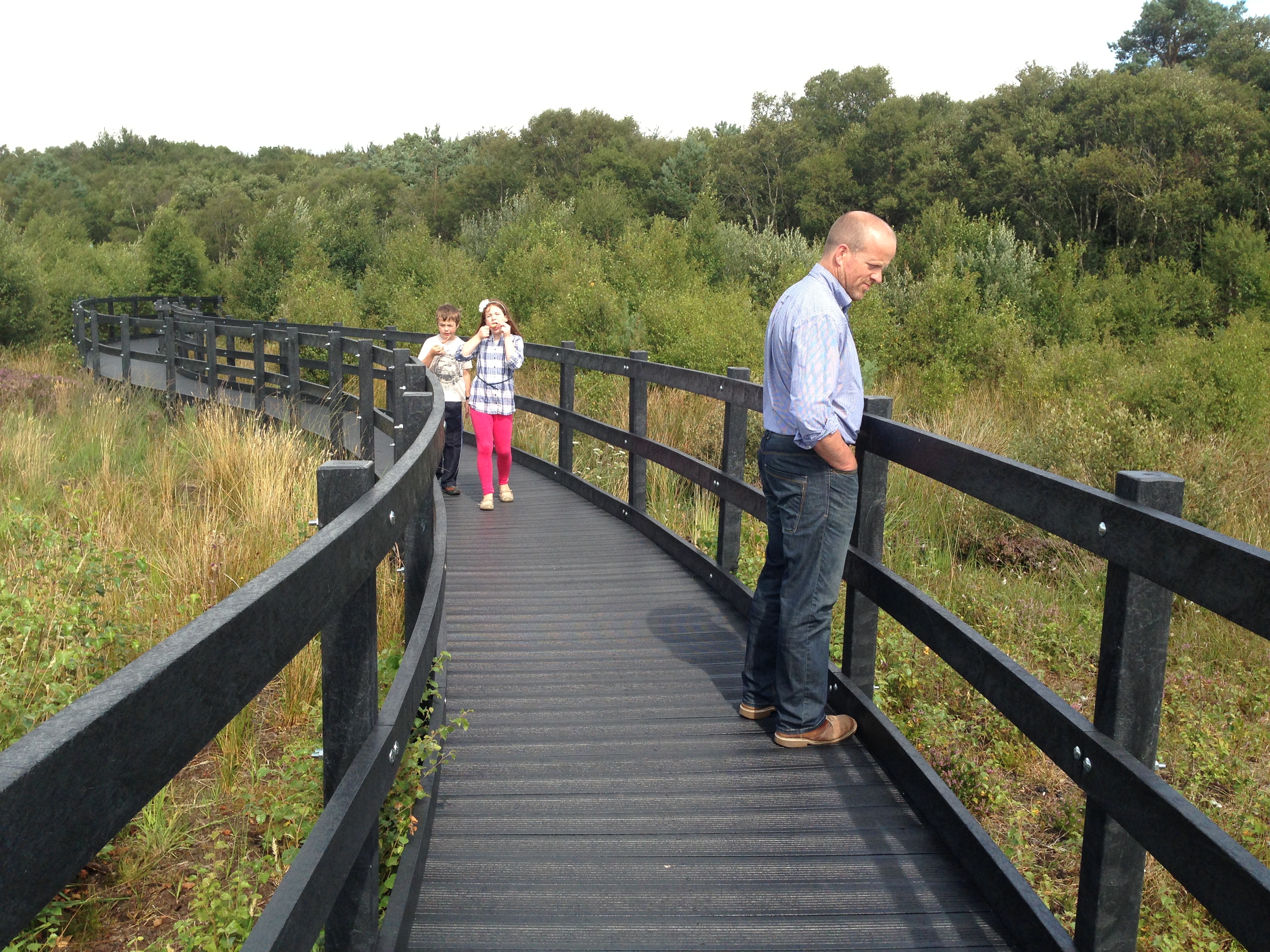 Mercifully, Brian isn’t one of those farmers who likes to milk at 5pm every evening. I hate being tied to time too. While most farmers would have the 10 hour gap between milkings during the day and 13 or 14 hours during the night, we often seem to do it the opposite way, milk at 6:30am and milk and 8 pm! ?We had a great day at Lullymore, the kids thoroughly enjoyed the crazy golf, the walk, the train, the play area. We enjoyed it too – the only part that’s a bit poor is the garden with the flower beds of regularly planted bedding plants – I much prefer deep herbacous borders of tumbling plants and flowers. We brought a picnic and topped up with tea and cake and were last to leave at 6pm. 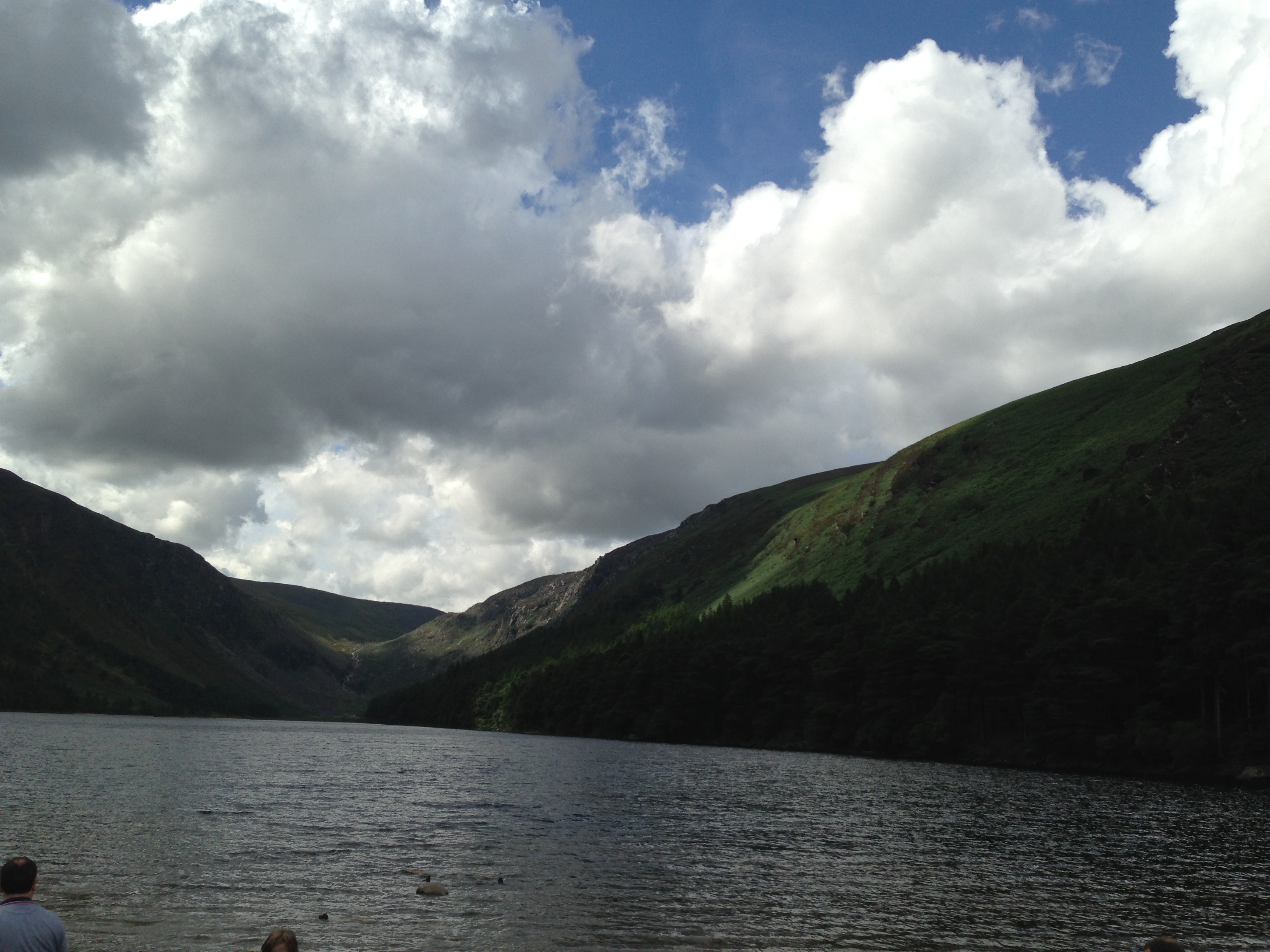 We got away a couple of weeks ago too – for 31 hours! We got a relief milker to do the evening and morning milking and Brian milked when we got home that evening. We went to Druid’s Glen, a lovely hotel in Wicklow, stopped off in Glenalough on the way there. The hotel was lovely, a really nice meal, good bar and they had DVD players and a library of DVDs so we all fell asleep while watching Despicable Me! ?Husband did squirm a bit during the evening meal when he was wondering if his cows were alright after being milked by a stranger. 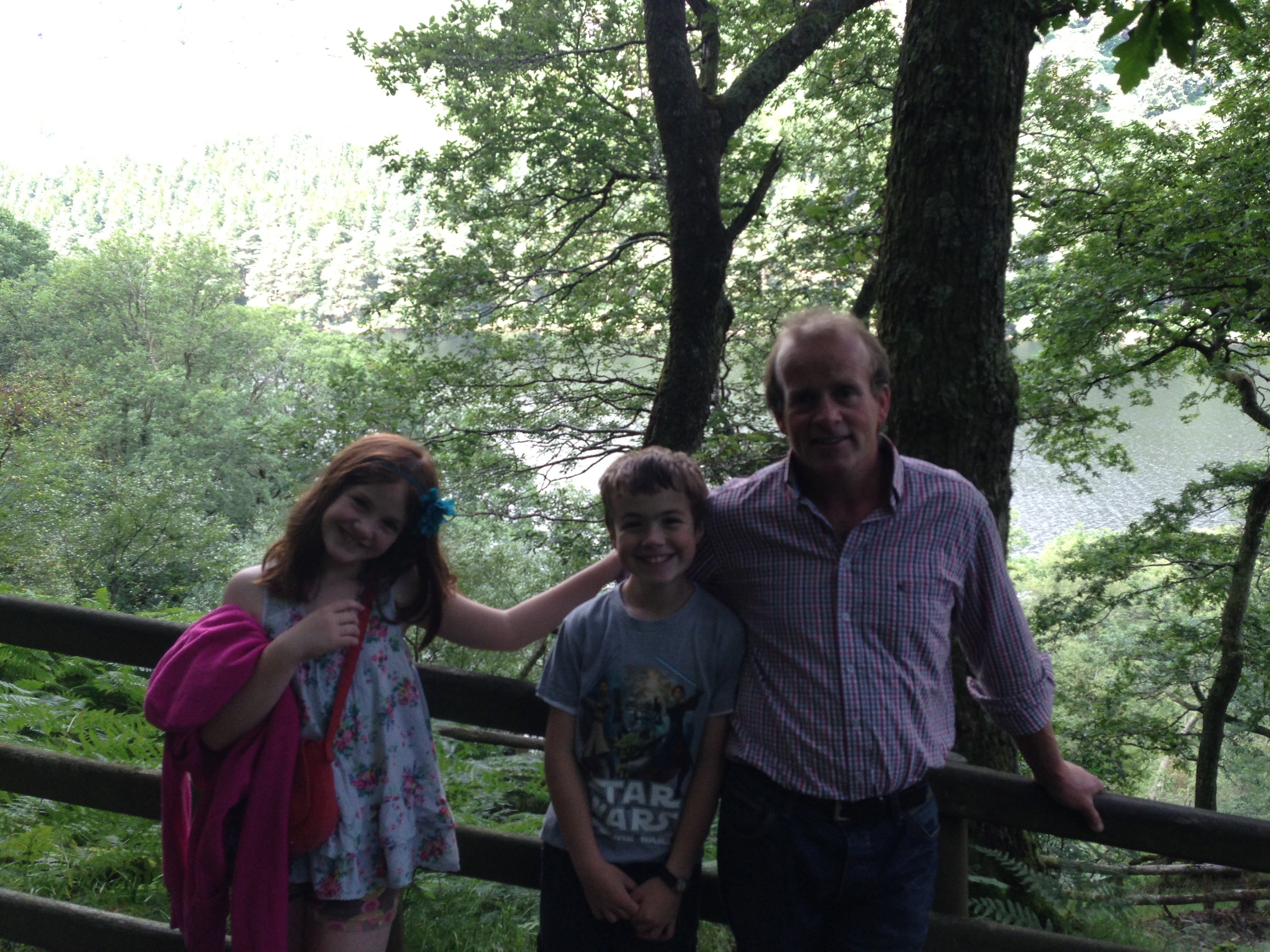 After a yummy breakfast the next morning, we went to Mount Usher again. This is a great hit as there is a treasure hunt through the garden with numbers 1-87. The children get a huge kick out of finding the next numbers (and some of them were tricky to find) while we can stroll around and enjoy the gardens. We went to another gardens then (I forget the name but it was nice too, much wilder and free), yummy lunch at the Tap Cafe, a walk along Brittas Bay beach and home. That was our summer holiday 🙂 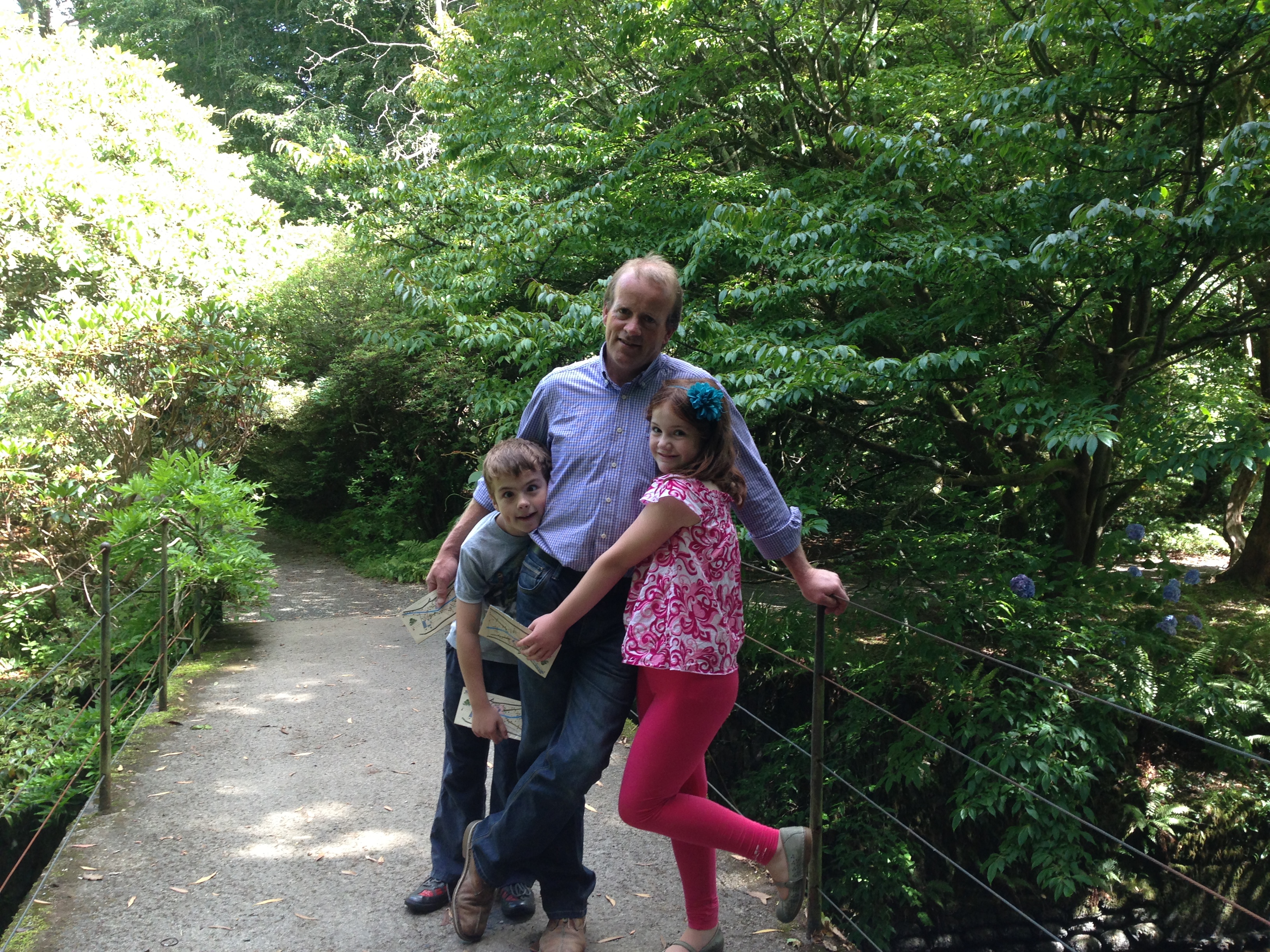 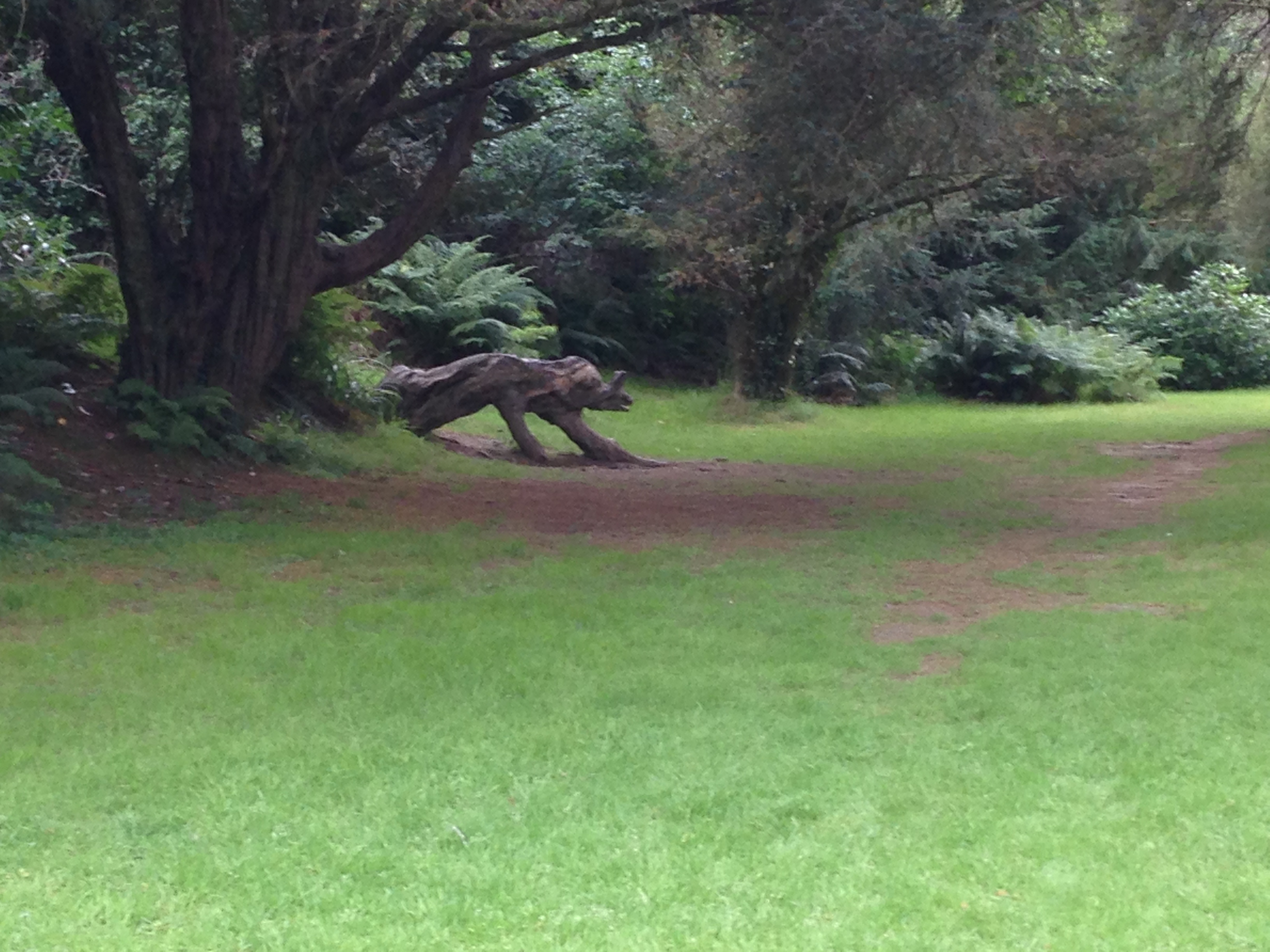 We spot a dangerous Warg at Wicklow Arboretum

We’ve experienced both – a decade of the 9-5 and just over a decade of full time farming – which would I prefer? ?While I loved living in the UK and having the time to spend decorating in the evenings and weekends as well as the freedom to head away, I lived for my weekends and holidays when I was working. When you’re farming, it’s like you are working at your hobby all the time, the only thing is that you need to get away from it all occasionally, especially if you want to recharge the batteries and give yourself space to think outside the box. It would be nice to be able to afford more help and work shorter hours but I’d much prefer being self employed to 9-5, despite all the things I’ve said in the table above.

Another difference that I was reminded about recently when a 9-5er commented on how she’d had a fun weekend and would be able to tell her workmates about it on Monday morning. I’d forgotten that people did that! For me, when the weekend is over, it’s over – unless I blog about it of course! 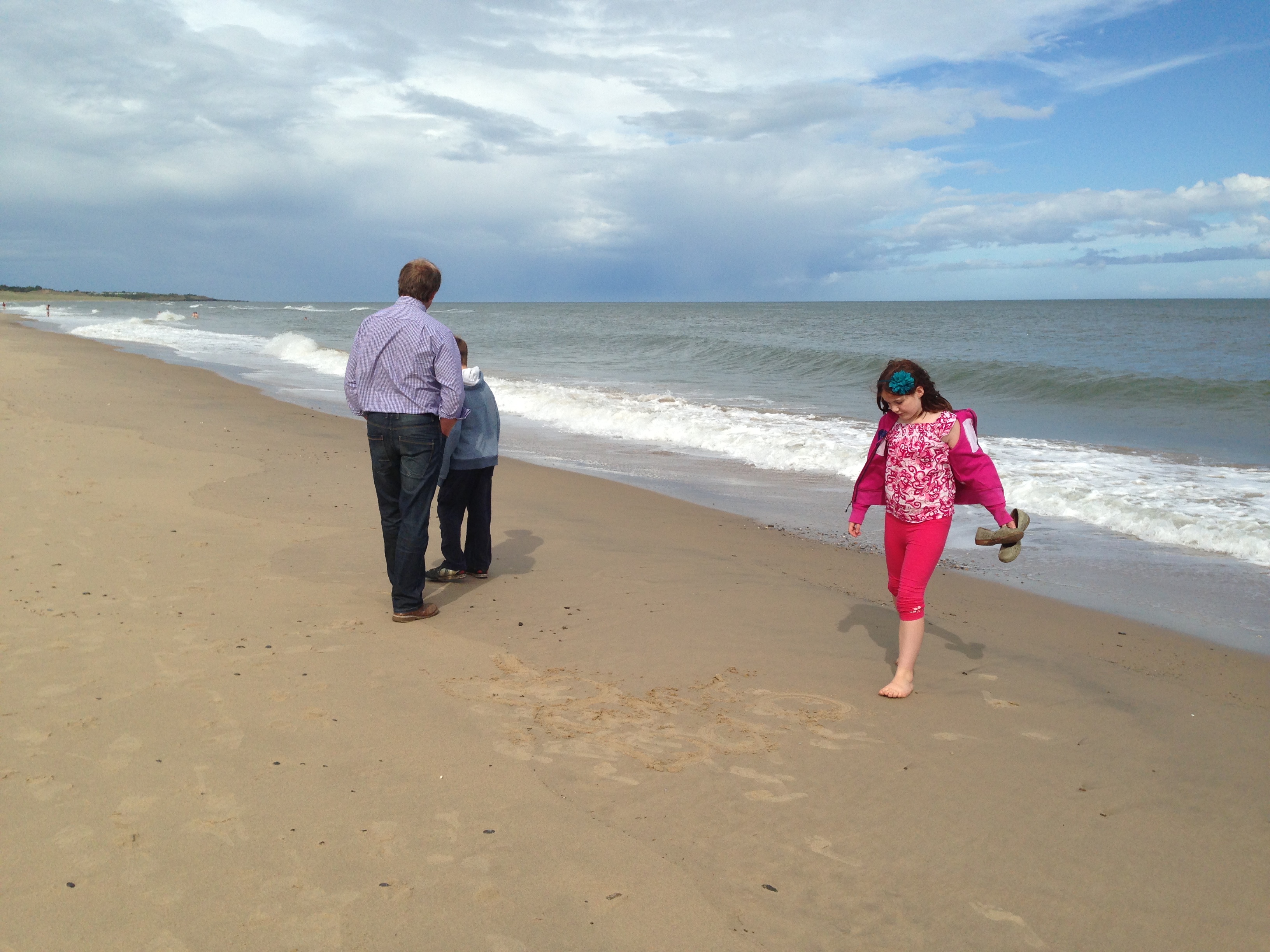 Do farmers make good husbands? ?I’m reading through old newspaper archives for stories on farmers and marriage and just found a report of a public debate in Limerick in 1955, entitled ‘That Farmers do not make good husbands’ – the women all had praise for farmers as farmers but not as husbands! Mind you, it was tougher for wives back then. Husbands would go to the mart expecting and knowing their wives would do all the heavy work as well as the housework. ?While she was still knitting or darning at the end of a long day working, he was chatting to other farmers at the local pub. ?Many farming women worked a lot harder than their husbands back then.

What do you reckon – which would you prefer to be married to – a farmer or a 9-5er? Mind you, there’s plenty of other occupations that aren’t 9-5!!