Following on from my Valentine’s post the other day, I’ve noticed that RTE Countrywide are holding a competition for the least romantic farmer in Ireland – ie if you submit a story about your farmer regarding his unromantic nature, you might win a two-night hotel stay in a Dublin hotel. The full T&Cs are here and get your stories in by ?Friday at noon. I’ve been asked to be one of the judges so it will be good fun. Tune in on Saturday morning at 8:10!

It made me reflect because Brian is probably more romantic than I am although I did send him flowers once, many years ago! Romance and gifts around Valentine’s Day and Mother’s Day never happen because we are always in the thick of calving. He claims that I’m too fussy and I’d never like any jewellery he purchases unless I pick it out myself. I’ll be honest, I’m not hugely into jewellery – I have a few nice bits but other than that, it’s just costume jewellery to accessorise an outfit and I hate the huge necklace things that are in fashion at the moment. Books and time to read them – that’s my idea of bliss.

He surprised me by telling me he purchased my Valentine’s gift today and it was up the yard. As I knew he had been down in the creamery, I wasn’t overly hopeful but was intrigued to see what it was. Never one to cope with suspense, I got him to bring it in. Well, the wrapping wasn’t great but at least it wasn’t a calf feeder! 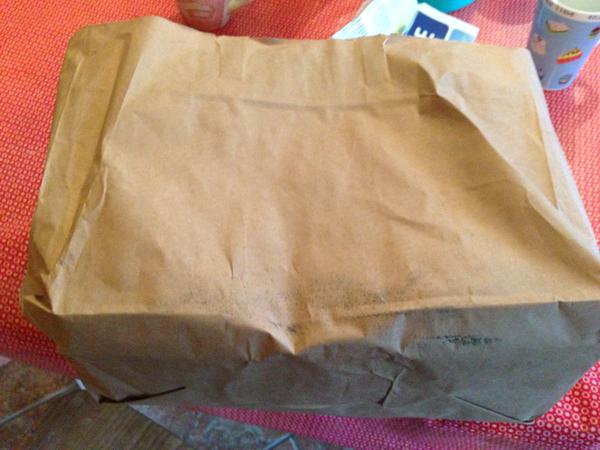 Then I opened it! And he slipped a creme egg on top to soften the blow. 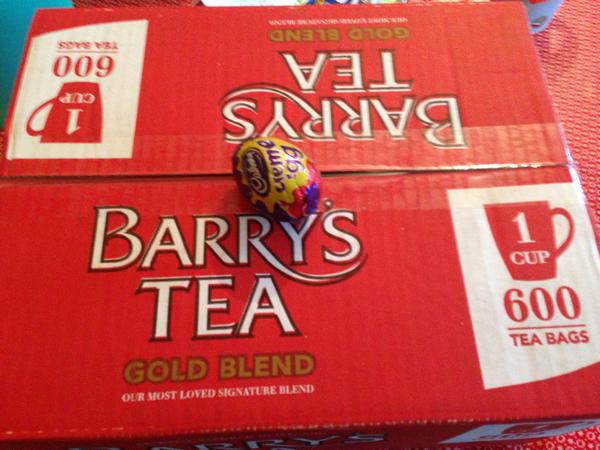 Yes, a huge box of Barry’s tea bags. Now, I know I drink lots of tea but teabags are something I buy when I’m grocery shopping! The children thought it was hilarious but I warned my son never to buy any future girlfriends such a thing!

Are practical presents better though? I received jewellery from Brian and other boyfriends years ago and it’s either lost, broken or stored away. One boyfriend gave me a stereo radio alarm clock with two alarms for Christmas many years ago and while I was somewhat surprised when I received it, it’s still working and yes, we still use it! That’s at least 27 years ago!

We did feed calves together this evening, considering we don’t get out on dates at the moment, I guess I could look on that as somewhat romantic as we laughed and chatted as he fed one newborn and I fed the other! I’m going to call the bull calf Barry to commemorate my wonderful gift! And if he does happen to be good enough to be accepted as a bull by an AI company, I’ll bag the money too! 😉

So, in defence of these poor farmers, I want to hear about their romantic gestures – even if it is just so I can give Brian a hard time and get him to raise his game! What’s the most romantic Valentine’s gift you have ever received?

6 thoughts on “Are Farmers Romantic Gift-Givers?”