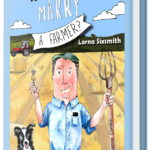 Farmers haven’t always been seen as a good catch. Farming was often be a very isolated occupation, with the farmer living on an isolated farm, eking out a living and caring for an aged parent, usually a mother. The age difference between husband and wife could be a couple of decades in some cases, partly because the man could be in his 40s or 50s before he could afford to marry. His father might have died or die during the early years of marriage and the couple would share the same house as the mother-in–law who was still relatively young.

Many women didn’t want to marry farmers, they didn’t want to share a house with a mother-in-law, live in a draughty damp farmhouse and work themselves to death eking out a living too. The bright lights of cities or emigration with promises of work, money, independence and future marriage beckoned. Many siblings of the farmer would probably have emigrated and it was often either the youngest or oldest son who was left at home looking after the aged parents.

When I was a child, I could never remember which couples around were brother and sister and which were married (as many married were childless). It seemed to happen that the oldest siblings emigrated and two of the youngest stayed at home to farm. They just didn’t have the independence or finance to marry or the opportunity didn’t present itself to fall in love. I remember calling in to see a neighbour in her 80s a few years ago, she was incredibly lonely and told me how she should have married, that then she’d have children and grandchildren. Feeling desperately sorry for her and not knowing what to say, I simply said that life wasn’t as easy back then and marriage wasn’t possible for many for one reason or another. She seemed to accept that as she remembered what it was like.

Money was required to marry  – the bride had to bring a dowry and her family wanted to ensure that if she was bringing a dowry, that her future husband would have a decent enough farm. Matchmaking was common then too, partly to create a merger between families of similar incomes. Remember the saga of the dowry in the film ‘The Quiet Man’.

Many authors have made the bachelor farming son and spinster farming daughter the focus of plays, poems and stories.

Extract from The Great Hunger by Patrick Kavanagh

Maguire was faithful to death

He stayed with his mother till she died

At the age of ninety-one.

She stayed too long,

Wife and mother in one.

And he was sixty-five.

O he loved his mother

John B Keane incorporated a bachelor farmer into his play The Chastitute and the same character into his book Letters of a Love Hungry Farmer. A Chastitute is a man without orders who remains celibate. John Bosco stayed unmarried while his mother was alive and when she died, he just didn’t know how to have a conversation with a woman, how to behave appropriately, how to ‘court’ a woman and both works go through his failures (some of which are funny e.g. left holding rosary beads after attempting to get ‘romantic’ with his date), his escapades, his attempts to court his new housekeeper, conversations with his two matchmakers, his lack of social skills, his self doubt until he decided to call it a day. Although the play and book have plenty of very funny moments, it is still very poignant and sad.

The short story ‘The Ballroom of Romance‘ is perhaps one of the saddest, not because it is 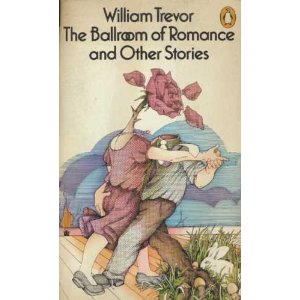 told from a daughter’s point of view but just the way she accepts what will happen. Bridie is 36 and cares for her aged father on their small farm. She leaves the farm only to cycle to Mass, to the weekly dance, and once a month to town to do some shopping. Many of her friends are either working or married in cities in Ireland or abroad. Those she was in contact with seemed to envy her her life as they seemed tired from their endless pregnancies and large families yet Bridie yearned for marriage – not just for the company but also for the status.

She was becoming very conscious that spinsters in their 30s were a figure of fun amongst the younger girls at the weekly dance. She felt that Dano Ryan ‘would have done’ as a husband. He could have given up his job working for the council and helped her on the farm. She visualised the two of them working together and chatting to her father in the evenings. Dano lodged with a widow and her son and Bridie became aware on this particular night that he was going to marry his landlady.

The owner of the ballroom kept a sharp eye on activities during the night ‘It was the middle-aged men who required the watching. They came down from the hills like mountain goats, released from their mammies and from the smell of animals and soil’.

A conversation with Bowser Egan as they walked and cycled home revealed her future. She would never again go to the Ballroom of Romance, knowing she was becoming a figure of fun. Bowser’s mother was failing and would probably die within two years. She knew he would sell the farm, drink the money and then come to her for marriage and a roof over his head. Her father would probably be dead by then too and she would marry Bowser because it would be lonesome by herself in the farmhouse. 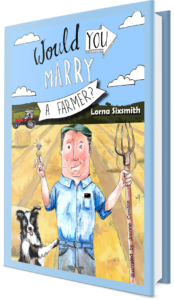 Would You Marry a Farmer?

For more stories on farm life in the past, and what farming life was like for farm women, do check out my book Would You Marry a Farmer? available on this website and from Amazon as an ebook and in paperback.

2 thoughts on “Marriage For Irish Farmers Through the Ages”