Do you remember that nursery rhyme game? All the children would circle a single child in the middle of the group and chant ‘The Farmer wants a wife’ and the child (representing the farmer) would pick a girl to act as his wife. It then continued with ‘the wife wants a child’ and she duly picked a suitable ‘child’ and so it went on.

Please note – for the sake of convenience / argument in this post, I’m referring to farmers as male but 30% of all farmers in the US are female, 29% in Australia and 15% in Ireland. I put a call out on twitter to see if any non-farmer men had married a female farmer but no responses as yet. If that’s your situation, I’d love to hear your story 🙂 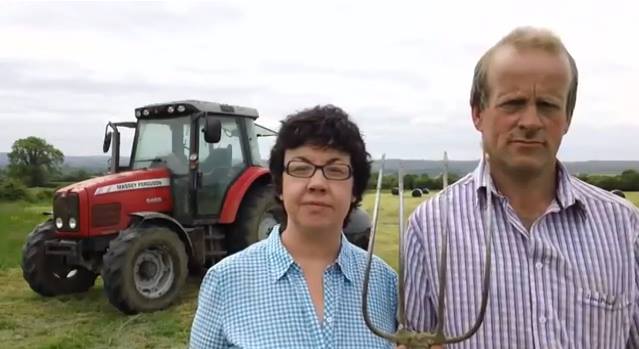 Farmers are now seen as a ‘good catch’ again. Viewed as well grounded, in touch with nature, good with animals (so should be good with humans), kind, salt of the earth type of person as well as having the benefits of living in beautiful countryside and free tractor rides, apparently many women are looking for a nice farmer as husband material. Hence, farmers have the ball in their court – if women see them as good dating material, all they have to do is play the dating game well but from the research I’ve carried out, some need a few tips.

First Up – the Chat Up Lines.

These chat up lines are a big ‘no no’. I remember I was at one of my first discos, possibly the third or fourth, only fifteen and being asked to dance. I was somewhat nonplussed when the guy asked me ‘What does your father do?’ I was so surprised I couldn’t even think up something ridiculously off-putting or bizarre and stammered out ‘He’s a farmer’. To which, the guy nodded his head approvingly and said ‘same as ourselves’! Quick exit from Lorna!

“How would you like to be buried with my people?”

We just realised last week that it is 25 years since Brian and I started going out together so I have to admit it’s a long time since I heard a chat up line from a farmer! Now we stand with a sprong between us for a crowdfunding video 😉

With that in mind, I decided to do some crowdsourcing on twitter and I asked tweople for the best and worst chat up lines they had ever heard from farmers. All those who provided the examples assured me they ran a mile! 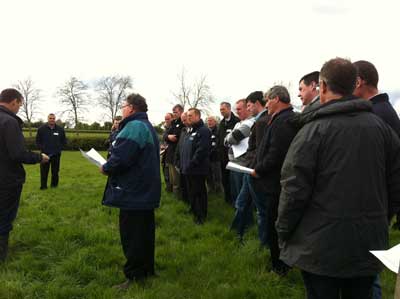 Now for some examples from a non-farming male who assures me he has never tried these particular chat up lines – I wonder would they work?! @owenfitzp

The only ‘best’ example seems to be to simply say ‘You’re lovely’ and mean it!

What Not To Do On Dates! Dating Tips for Farmers

I remember being at one of the country hall type discos with a number of friends aged about 18. It was the type that served minerals and club milks upstairs (gosh, I feel old remembering this) and had ‘pew’ like seats around the edge. Two guys moved over to where two ‘townie’ friends were sitting with their arms crossed looking out disapprovingly at the dance floor. On being asked to dance and shaking their heads, they both looked extremely indignant suddenly. What had one of the guys said? “Bring your knitting the next time”.

Well, what do you think? Ladies, do you have any tips or stories to share? Guys, am I being too harsh or have I given you some ideas?