I was at the Golden Shears Festival today, the first of four days. It’s located in Gorey, on a relatively small site and has a lovely atmosphere. 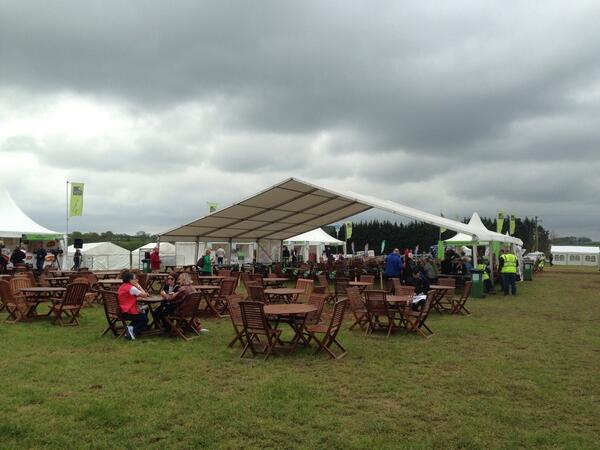 Margaret and her Good Food Ireland team have done a wonderful job of the catering – there isn’t a chip van in sight or any stuffy hot marquees jam packed with sweaty bodies moving through passageways between food stalls. I hope the weather stays good because the white tents surrounding the grassy area with attractive wooden seating looks wonderful. Every single one of the food stalls is selling and providing food of a fabulous quality. Menu boards showcase the dishes on offer and provide the name of the relevant restaurant or food provider. From Killowen’s healthy breakfasts to yummy icecreams and crepes, to Hereford burgers, Pietmonese steak sandwiches and scrummy fish and chips, there’s plenty of choice for everyone. I must admit I didn’t check out any vegetarian options but I’m sure they are there. 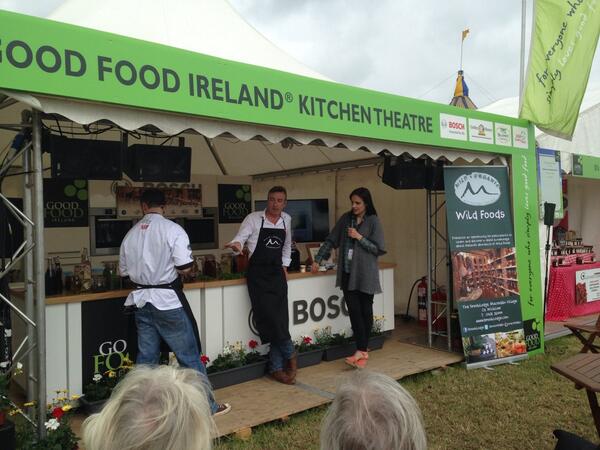 I am selling my book (show price of ?10) from the Slaney Foods tent which is located right beside the food demonstration tent. Everyone who knows me knows I’m not overly keen on food demos but Ella was doing a sterling job of chatting to each chef (there was a demo every hour on the hour) and I particularly enjoyed the talk on foraging. Made me determined to harvest lots of crab apples on the outfarm this year! 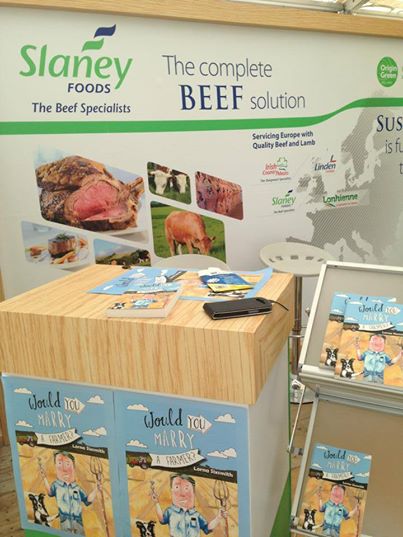 The Golden Shears isn’t just about sheep, there’s plenty for the foodies too – whether you just want good food to eat or to learn how to cook that little bit better.

You may think that sheep shearing isn’t that exciting. Believe me – it is compulsive viewing. The sheep shearing is all happening in a huge domed tent, five or six competitors are on the stage, they grab a sheep, shear it as quickly and as skillfully as they can, pop it back through a low door, open another door, grab a sheep and repeat – three or four times! Each competitor has a steward standing beside them who is keeping an eye out for any cuts to the sheep by those sharp shears or any cuts to the fleece. Any cuts are penalised with a time penalty so the winners of each heat are those with the shortest time. Apparently the youngest shearer was 14. They all looked very young today but I’m also thinking that it is a young and fit man’s / woman’s job! Some of those sheep were pretty wriggly and it’s not the easiest task if you had back problems. 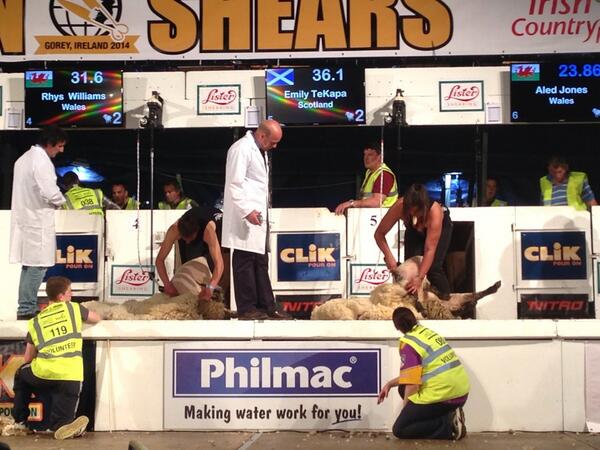 6,000 sheep have been sourced for these championships for all over the country and it must be some job to keep woolly and shorn sheep fed, watered, penned and back to their original owners. The commentary of the shearing is brilliant too, very entertaining. Do go along to see it, you won’t be disappointed.

I met Simon Coveney (our Minister for Agriculture) today too. He had photos taken with the Slaney Foods staff and as he was passing, I thought to myself that I can’t let this opportunity go so I called out to him. I didn’t say ‘Minister Coveney’, just ‘Simon, would you marry a farmer?’, presented him with a complimentary copy and he had his photo taken with me. He said he had heard of the book – I wonder if he had! 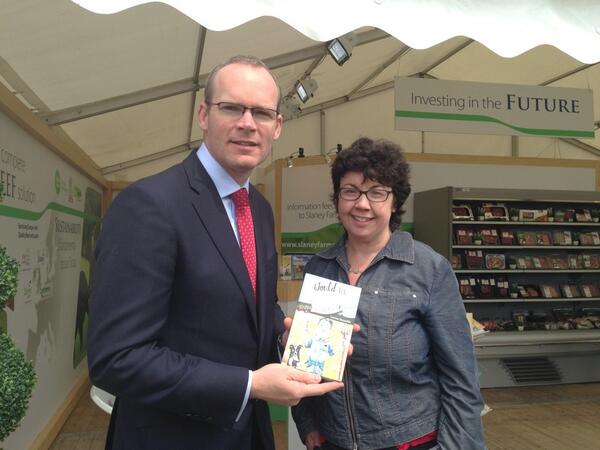 I enjoyed the show today – went to the other tents and caught up with @FionaMakes and her crafts, @RoisinMarkham and her wool felt art and a few others. If you go to the Golden Shears over the weekend, do call up to the Slaney Foods tent, I’d love to see you.

Oh, and I’m going to be interviewed by South East radio tomorrow morning – around 11:15. I’ll be tweeting again tomorrow using the hashtag #sheep16 along with many others so do tune in if you can.

5 thoughts on “Why You Should Go To The Golden Shears”