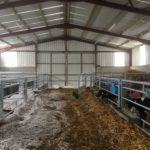 Storm Emma and the “Beast from the East” met to create some chaos in Ireland this past week. While we got a lot of snow and were snowed in for a few days, we weren’t in the worst affected county. We didn’t have to put in that much preparation as all livestock were housed in any case. We moved any heavily pregnant cows into the maternity shed to reduce the risk of having to move them across an icy yard. We bought bags of salt. The milk was collected the day before the snow was due to fall (which was just as well). We bought another 20 calf coats, I had planned to remove them from the 3-4 week old calves, wash them and put on newborns as they were born but with temperatures dropping and the new shed being so big and airy, we decided to leave the older ones with their coats and buy some more for newborns. I’m glad we did. 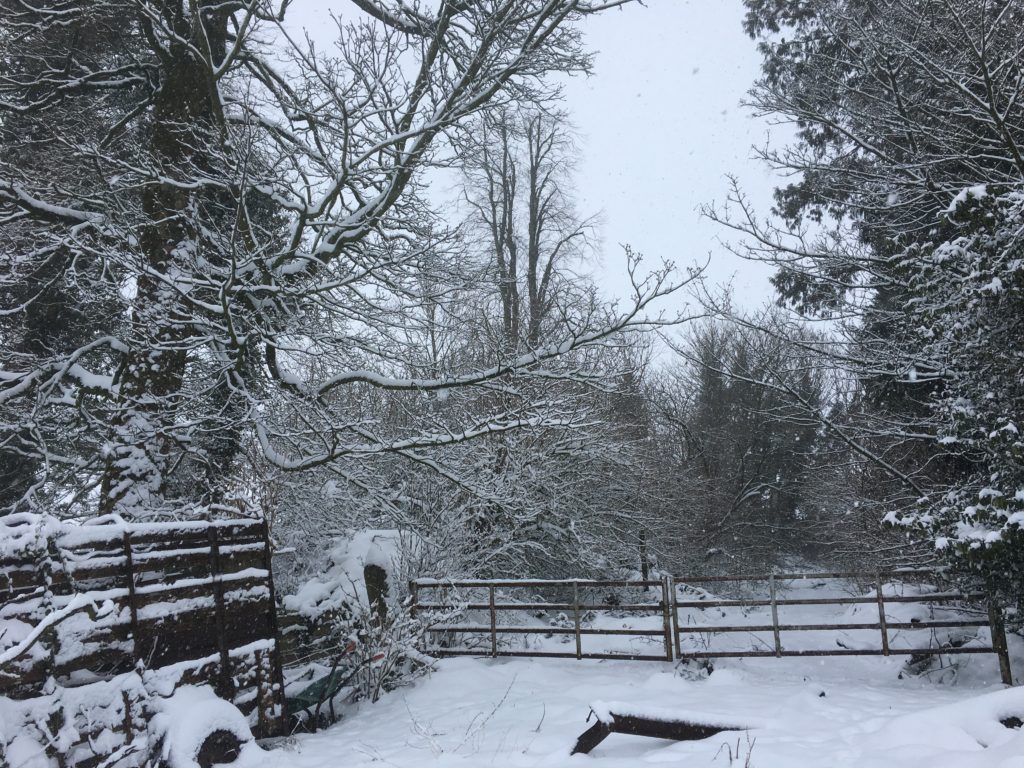 The new calf shed has a two foot gap along one side under the roof – it was left there for ventilation. The problem was it faces east and that was the direction of Storm Emma. As the roof of the adjoining shed fits against the lower edge of the gap, some snow was coming into the shed. It wasn’t bad in that most of the pens on that side were still dry so at bedtime on Thursday night, we decided they’d be fine. Brian got up at 3:30am to check on a cow and rang me ten minutes later. The threatened blizzard had hit Crettyard a few hours later than promised and snow was blowing in through that gap. 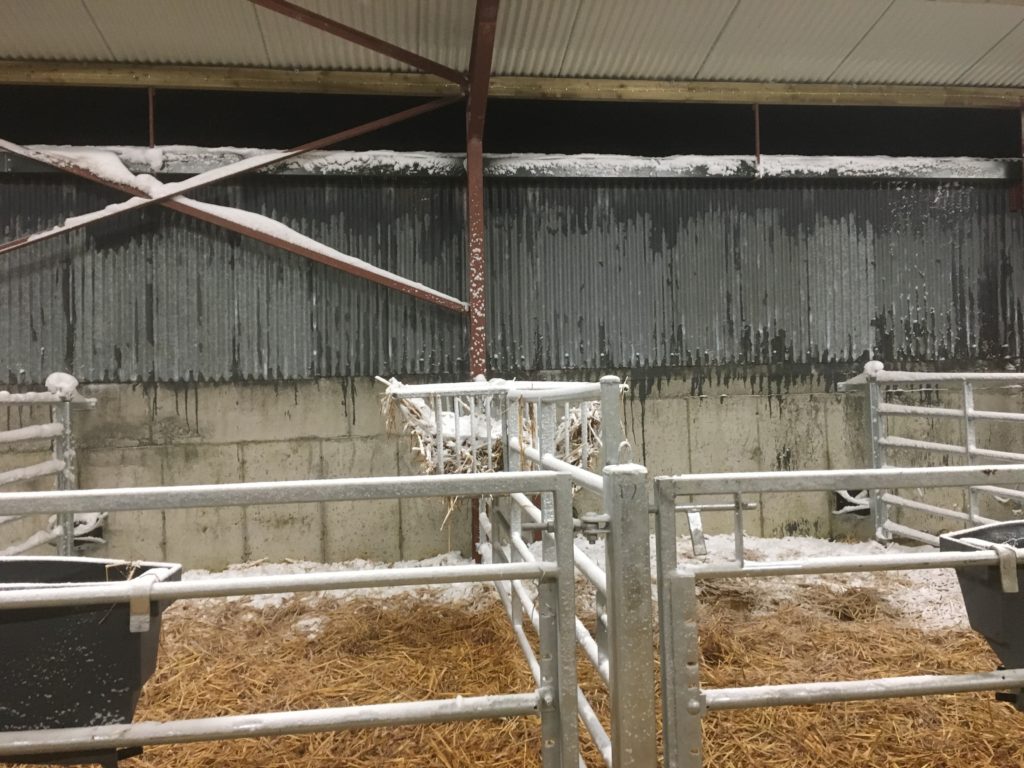 Left side of calf shed at 4am

Luckily, we hadn’t got around to dismantling the gates in the old calf shed. The plan had been to create an extra calving pen in there but with the delays to the new calf shed, it was initially used for calves and the gates were still in place. We just had to put fresh straw down and move the 25 calves out of their pens, down the ramp and into the smaller pens. Although their calf coats were wet on top, they were dry underneath and toasty warm. Once they got to dry bedding, they were happy. 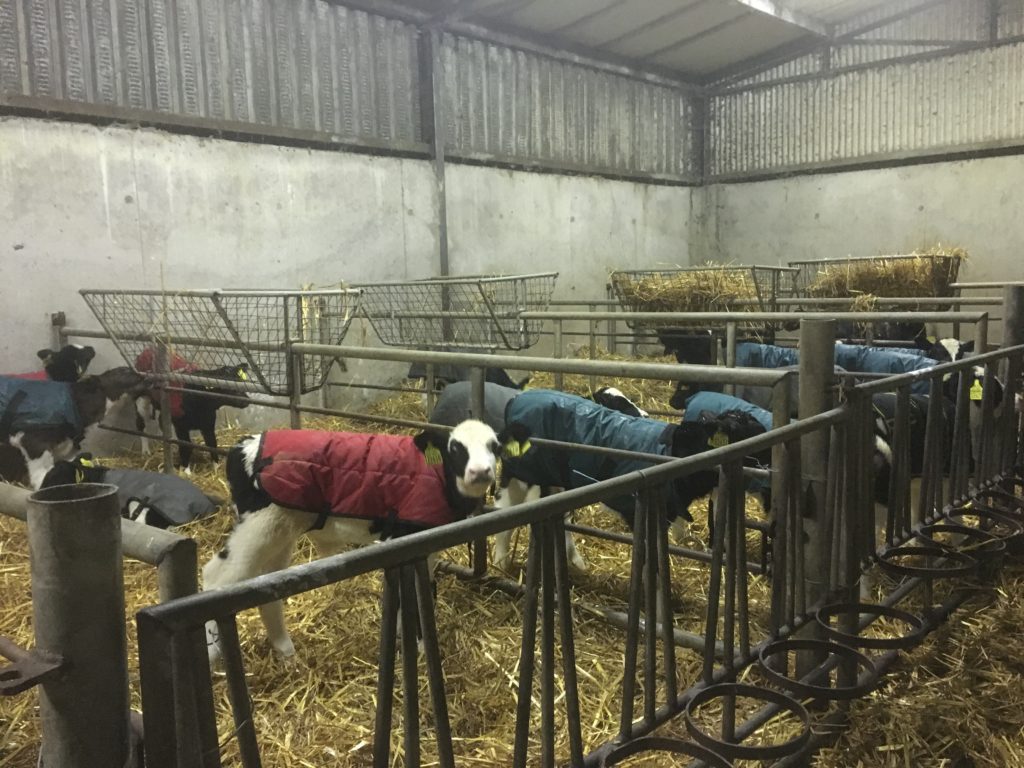 Calves back in old calf shed

Brian whistles when he is relaxed and for some obscure reason, even though it was 4am, he was clearly happy that we were moving the calves as he started whistling. The tune, however, was “Let it snow”. I did suggest that “Sunshine, bring me sunshine” would be a much better choice. 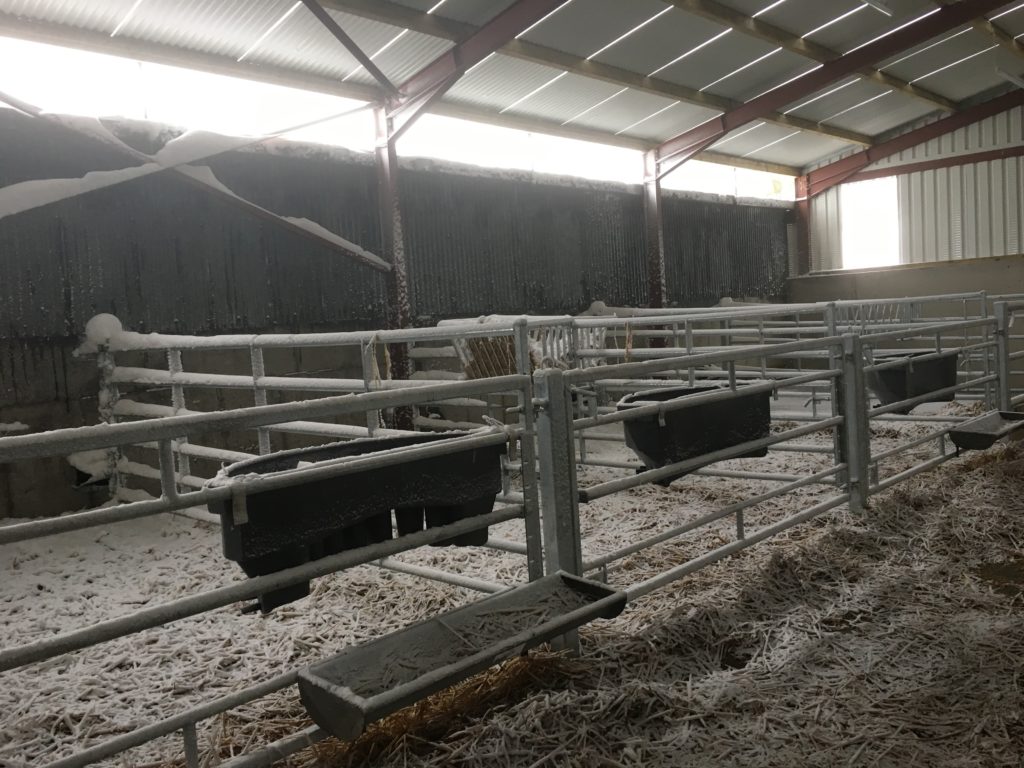 Lots of snow there by 10am

I took this photograph at 10am the next morning and was so glad we were able to move them during the night especially when I heard afterwards of calves elsewhere with chills after the blizzard. So many sheds had gaps for ventilation and the snow just got in through them. 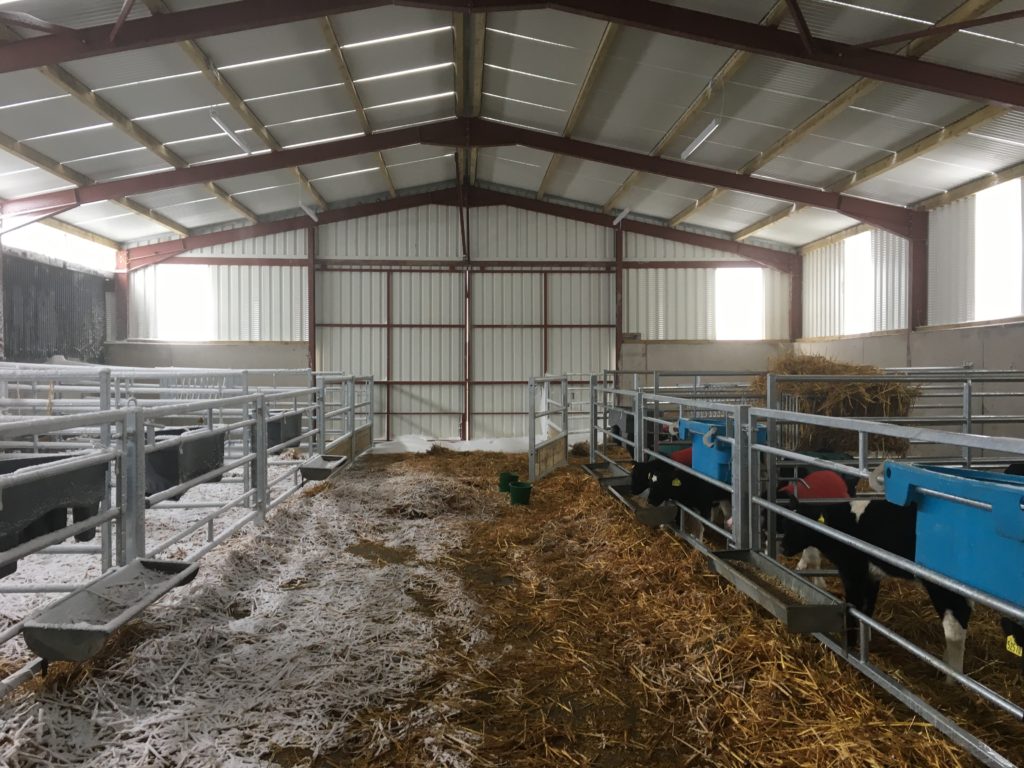 Ireland came to a standstill for almost 48 hours mostly because of the threat of blizzards and deep snow drifts which hit the east and most highly populated part of the country worst. In one way, it seemed crazy that we couldn’t cope with these weather conditions but in another, they were exceptional and taking that action undoubtedly saved lives. We had heavy snow in December 2010 and although snowed in for longer then, it wasn’t as tough or an exhausting. Everything took so much longer by the time we walked through snow in the yard, scraped snow away, set up temporary troughs in sheds and fed water pipes to them (luckily the water in the parlour cubicles didn’t freeze) and even at the end of the working day, there was still the knowledge that Sod’s Law was at work and a cow was bound to start calving. As I’m typing this, I’m watching three cows on the calving monitor. No calves all day today and three just might go tonight.