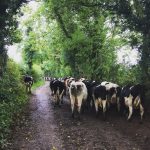 We don’t expect too much of the delivery men (I say men because I can’t recall ever seeing a woman making a delivery here). Okay, it does say DELIVER TO YARD in block letters under our address on all deliveries from Buyrite – as they can be quite heavy and it makes extra work for us if they deliver to the front door rather than the farmyard. One delivery guy is really helpful and friendly, gives us a wave to let us know he’s dropped off a delivery or gives Brian a quick ring.

When sorting through paperwork the other day, I was amused to see HAULIER – PHONE DAY BEFORE DELIVERY – WITHOUT FAIL written on one docket. The reason for that is sometimes space needs to be cleared for a large delivery or if they need assistance or use of the loader, then we need to know in advance as during busy times, some things only get done when it’s essential to do them. Arriving out of the blue and expecting us to be at their beck and call means we just might be a bit narky!

We don’t ask for long conversations, or their life history within 5 minutes (although sometimes such things are provided). A quick commentary on the weather and that’s perfect – most oblige with just that.

A recent delivery took the biscuit though. We’d had problems with our first batch of milk powder from one particular company, and until they came to take it back, there wasn’t room for a second pallet where I normally store the milk powder where it’s close to the dairy. Hence, it was in the haybarn. The previous bags were 20kg which I can manage but these are 25kg each and that extra 5kg plus the extra distance meant that Brian either carried one down for me or I put the bag in the calf barrow and wheeled it down. Apart from anything else, I’m conscious of protecting my back.

I wasn’t in the yard when the pallet of 40 x 25 kg bags had arrived. They had used a pulley to pull out the pallet and Brian had given the delivery guy a push with it. Sometimes they have their own little mini digger at the rear of the truck and use that. The day the second pallet was arriving, Brian received a phone call from a guy wondering if there would be someone in the yard to help him unload the pallet in an hour’s time. On his way to the outfarm in the loader, Brian said I’d be there and sent me a text to let me know that I might have to help push the pulley thing. 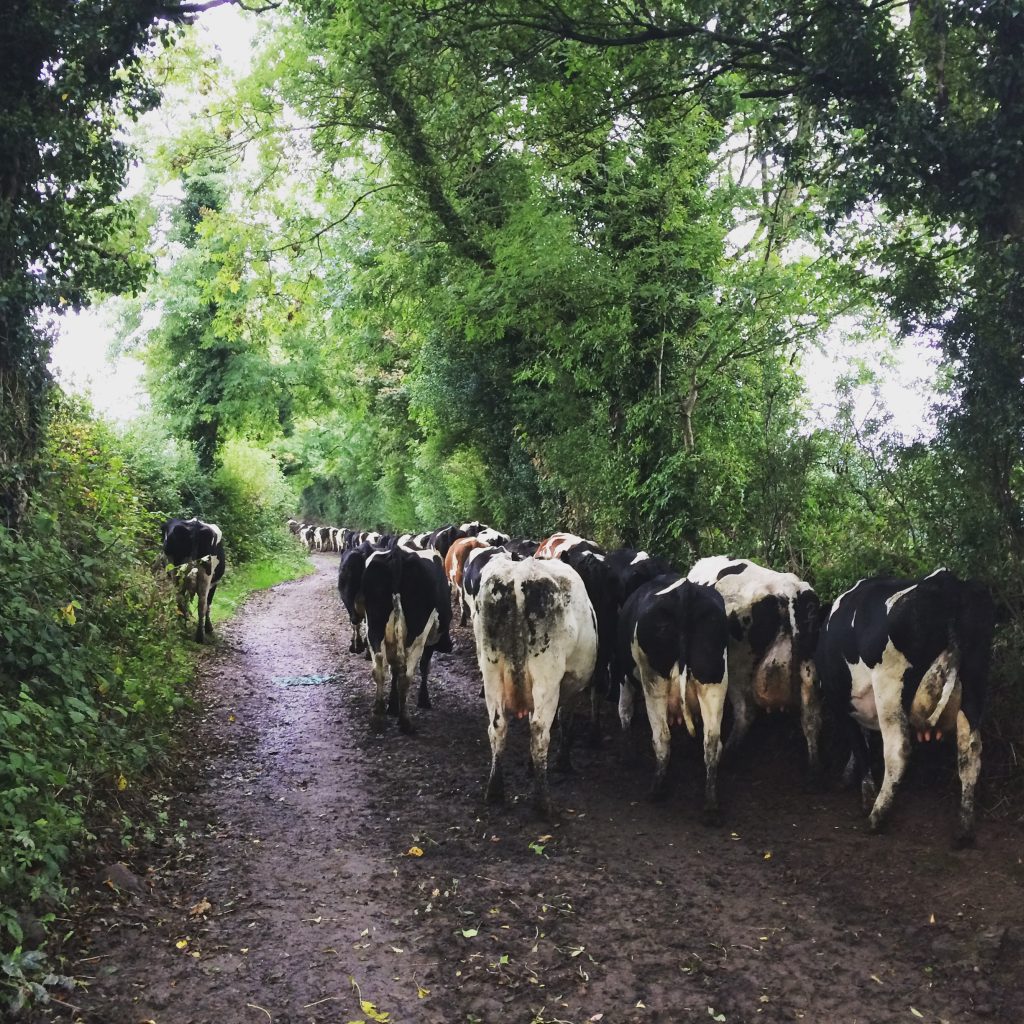 As it had started to rain around 4pm, I went for the cows thinking they’d start queuing up and the ground was still pretty soft a few weeks ago. I arrived back in the yard to see a lorry parked with its open end at the furthest possible point from the hayshed (where the pallet was to go) with the delivery guy unloading the bags one by one onto a pallet in the yard until there were about a dozen on it. There was another pallet with about 15 bags on it, the centre of it covered with a fertiliser bag. For whatever reason, he was unable to budge the pallet and of course, all I could do was ask why he didn’t have a mini digger, being unaware that a previous delivery guy had managed with this system. Our digger was in the outfarm.

We pulled the pallet with the dozen bags over to the haybarn and I asked him what I was supposed to do with the bags of milk powder left out in the elements, even though it had stopped raining. Bear in mind that these bags of milk powder usually arrive well wrapped with plastic and indeed, this company had even placed plastic between layers within too. He agreed it wasn’t ideal!

“Well” I said, “We’ll have to carry them”. Now, I usually struggle a bit with 25kg, well, not struggle exactly but I wouldn’t volunteer to carry them. Anyway, I marched over, picked up a bag of milk powder as if it was as light as a 2kg bag of sugar and carried it the 40 yards back to the haybarn before throwing it down on a pallet. He had no option but to follow me and do the same. Let’s just say there wasn’t much small talk as we carried across the rest of the bags.

You know when something happens and you think to yourself “only in Ireland”! 40 bags of milk powder unloaded by hand. Anyway, after mentioning it to the sales rep when placing the next order, I’m happy to say that it was delivered by a lorry with its own mini digger. Otherwise, I would have done more than tell them to “stand and deliver”.

And yes, my lower back was a bit tender for a couple of days!

Are we too demanding? What do you think?

I was a huge fan of Adam and the Ants when I was about 12. I remember entering some competition and winning a branded stationery set with “Stand and Deliver” lyrics on something.