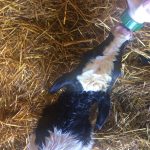 I once heard a farm wife say how getting away from the farm was never worth it. There was always some saga or something wrong when she returned, making her wonder why on earth she had bothered to try and have a nice day out.

That came to my mind on Friday. Apart from the fact that my hair was in dire need of a cut, I had planned a day out where I’d bring a book to read while getting some coppery highlights in my hair, then I was going to call to the ESB Archives exhibition in Carlow Museum (only been on my to-do list since September and it ends soon). I’d go for lunch, maybe meet a friend, do a bit of shopping and be home for 4:30 in time to pick up the kids from the school bus. 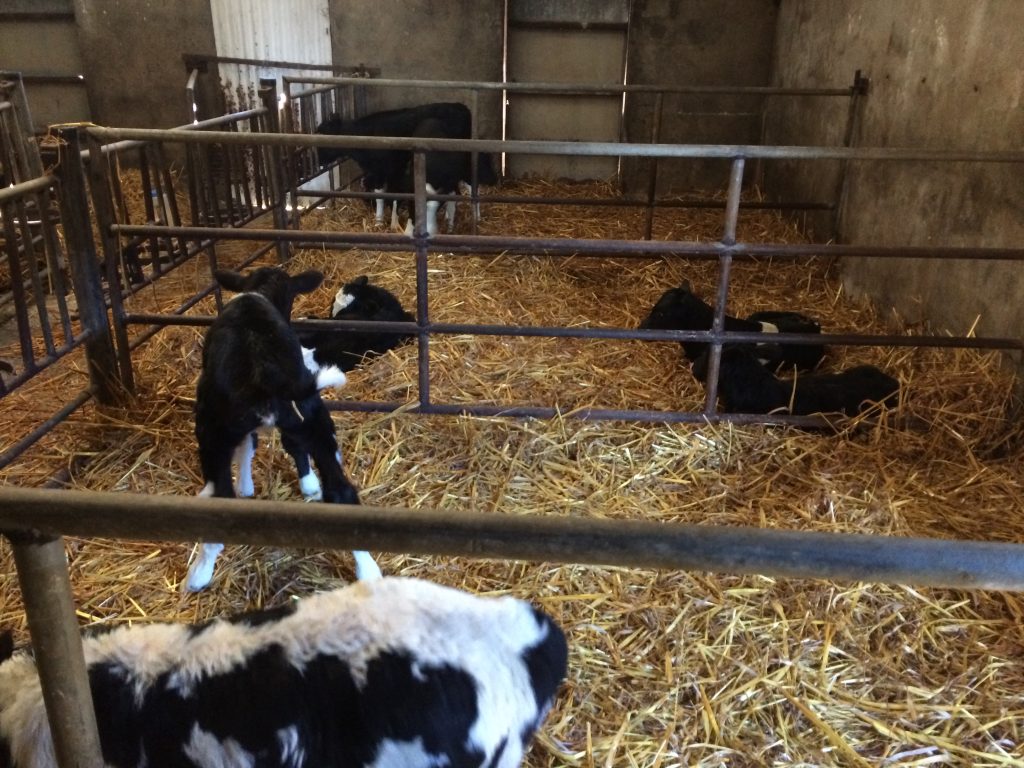 When Brian started adding to my shopping list, I decided to skip trying to meet a friend for lunch knowing that by the time I’d picked up the hire drill, called to the vet shop, the plumbers and the electricians, I wasn’t going to have that much spare time. Our calving had got off to an early start so I knew too that by the time I’d fed all the calves and showered, I wasn’t going to get much done before the hairdressing appointment. Then Kate had a bad headcold (the type that makes you feel miserable if you have to go to school / work but fine if you’re at home on the sofa watching TV in front of the fire) so was staying at home and I didn’t want to be too long away even though Brian was there.

So my plans to spend about 7 hours away were going to be cut down to about 4 at maximum.

There I was, sitting in the hairdressers, tinfoil in my hair, sipping on a cup of tea, nibbling a Bourbon biscuit (I was so grateful for the biscuits as I didn’t have time to eat a second breakfast!), starting to read my book when I got a text from Brian stating “feckn calf is coming backwards”.

For a split second I visualised myself driving home with tinfoil in my hair, helping Brian to calve the cow and then returning to get my hair cut. The problem, you see, is that while it’s not essential for there to be a second person there when a calf is coming out back legs first, it’s handy if there is one. The reason is that as the calf is coming backwards, once the umbilical cord breaks, you need to get the calf out quickly. Sometimes it needs to be lifted up onto a rail or gate with its back legs hanging over it, so that its lungs can be rubbed clear of fluid and its nose can be tickled to get it breathing.

I then remembered that Kate was at home and could help. It was her first time to help out at a backwards calving and really get stuck in. I soon got a text to say that “Baby Kate” had been born and was fine. When I got home, I heard all about how disgusting the mucus was. “Babies are covered in it too” I told her. “But we don’t have to lick it off” she pointed out. Very true! 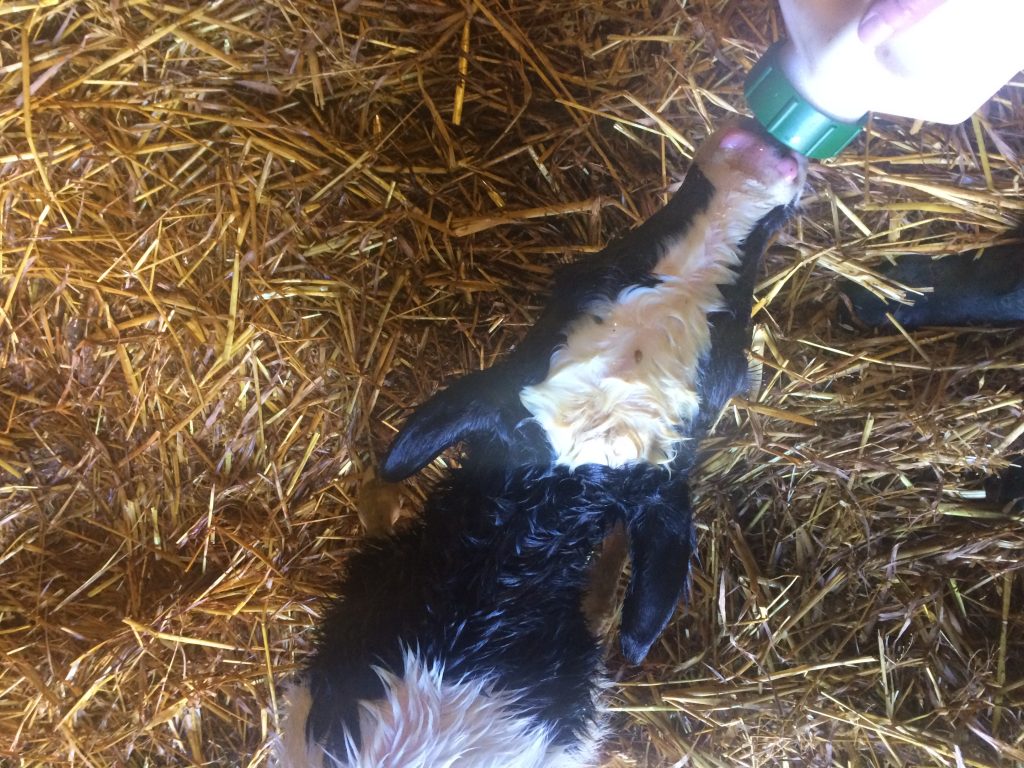 13 calves born so far. Brian was milking the last three last night and I was feeding the latest newborn. Its mother was last to go out of the parlour and Brian was down the slats doing something when he noticed the dry cows all getting a bit excited about something. Looking to see what it was, he saw a white flank disappearing down the avenue. He was wondering if I’d left a gate open and was trying to work it out as he raced after her. He didn’t want to send a dog to get her back in case she was a bit hyper after the calving so had to jump over a gate and run down the field in the dark to get in front of her. He then worked out that she had nipped out through the dairy, skipping past the buckets and out past the bulk tank!

Having spotted calf barrows at the Ploughing Championships, I decided to buy one for this calving season. There’s been much in conversation lately about how women aren’t as strong or as technical as men, hence perhaps aren’t as suited to a career in farming. Many women refute this by sharing stories of all the machinery they are able to drive and share labour-saving tips. There’s usually a way around things to avoid the need for brute strength. There’s about 80 yards from the calving shed to one of the calf houses and while I can pick up a calf, walking carrying one is a bit of a challenge! The new calf barrow is great. I was wondering if they would jump out of it and had one particularly lively one that nearly made it. It’s a case of pulling them into it, legs upwards, and as long as the barrow is moving, they lie there kinda spread-eagled and looking a bit bemused. 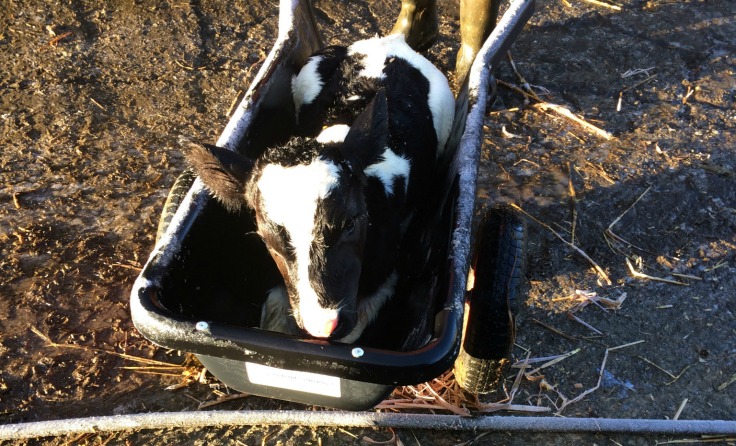 This one was moved on a frosty morning. Not only was he lively but he mustn’t have liked the cold on his back as he moved right around as I was wheeling him up the yard. All the better for having a good look around I guess.

The kids would have loved this barrow when they were small, would have had great fun pushing the two of them along in it!