As I have met Derbhile Dromey, the author of our book for this book, I was really curious to read The Pink Cage. The fact that both Derbhile and Astrid, the main character, have sight impedients, made me wonder if it was going to be slightly autobiographical. ?Derbhile works as a copy writer and Astrid works as a proof reader so they both work in similar fields but judging by what I know of Derbhile, I am fairly confident that is where the similarity ends.

Astrid is an albino, with hair the colour of day old snow – that together with her sight impairment, means that she is seen as ‘different’. Aged 26 for most of the novel, we learn about her relationship with her father Matthew, her stepmother and her stepbrother Jazz mostly told through her experiences on a ski-ing trip for the blind and through flashbacks. 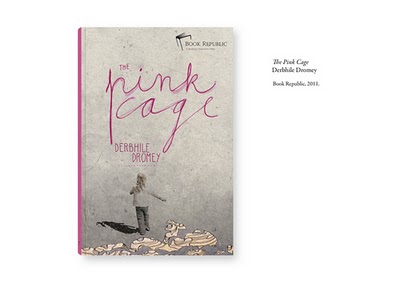 I really enjoyed this novel. ?Astrid is a stroppy cow, horrible to the ‘cabbage patch kids’ which is what she calls the other blind people on the ski-ing trip but as we learn more about her experiences in a boarding school for the blind, we understand why she tries to overcome her disability and try to act as independent as she possibly can. Her father homeschooled her and seems to try to get her to do things in spite of her almost blindness whereas her stepmother seems to make many more allowances. Astrid tries to do everything that sighted people do and it is only when I read of her crashing into the only telegraph pole in the carpark when joyriding and glad that her stepmother always rummaged in the bag when they emerged from shops as it gave her a chance to adjust to the changing lights, that I realised just how bad her sight was. ?She eventually ‘copped’ on to herself on holiday partly due to making a fool of herself, and partly due to her ski-ing instructor telling her a few hometruths but also giving her a chance to do what she loved most, being a DJ.

Astrid seemed to have a few tough exterior shell but a few people could see through it. ?Ola tried to protect her but she shrugged her off most of the time, Jazz acted like a big brother most of the time although there was an attraction between them and her father seemed to expect that tough exterior shell, that she would need it in her struggles against the world. The only flaws I found with the novel were that I thought she seemed much younger than her years, more of an angry teenager than a 26 year old. ?I must be a bit of a prude as I was a bit shocked as I read more and more about her sexual relationship with her stepbrother. ?The attraction between them was very apparent from the start of the novel and the ‘will they, won’t they’ made it compelling reading but I was surprised to read about their sexual relationship even though they dated others. ?The line about them not kissing on the lips smacked of ‘Pretty Woman’ which made it a little bit far fetched to me. 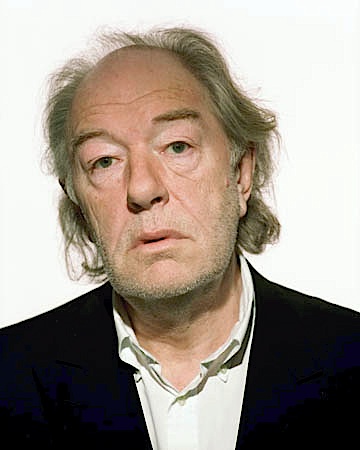 I could visualise this book being made into a film. The descriptions of Astrid and Matthew swimming in the sea all year round, the steep cliff face, the bare house by the sea, the collections of seaweeds and seashells, the contrast between that and Ola’s house which is crammed with furniture, were all incredibly visual. ?I could just imagine Matthew being played by Michael Gambon, a well meaning intellectual academic father who never attempted to hide his disregard for anything he didn’t like and although he loved his daughter like no other, rarely demonstrated it, whereas Ola was much more demonstrative. ?(I have yet to see Gambon play Albus Dumbledore by the way, maybe I’ll change my mind when I see that!)

The descriptions of the music went over my head totally but it was incredible to read about the two characters’ love and regard for mixing music. ?I loved Astrid’s early innocence as when Ola and Jazz first came to stay, Jazz slept in the other bedroom and Ola slept with Matthew as there was no other bedroom and he had a big bed!

I found this to be a compelling book. I liked the character of Astrid (dare I say I empathised with her a little bit!) and yes, I liked the happy ever after ending too. Well done to Derbhile on a brilliant first novel.

To read other reviewers of this book in our bloggers book club, head over to ?Jenny, Elaine??and?Lily?who have new blogs and the others are?,Marie,??Val,?,?Catherine,?Jenny,?SusanC,?Winifred,?Ann,?Paysan,?Susan?and?Dee. If you would like to join our book club, do get in touch.

The next date for our book reviews is Christmas Day, what I suggest is that we each review a book we have read recently and post it Christmas week – post it in the group on Facebook when you’ve written it and I’ll be putting up a survey there next week for us to select some books for the new year.

4 thoughts on “Review of The Pink Cage: Bloggers Book Club”