Our ash tree blew over today, it was a huge ash tree that (according to a guy who came out a couple of years ago from Johnstown forestry) was one of the oldest in the country. At the time the guy came out, he measured it and it was over 20 feet in circumference. He asked us to send him some new shoots when they came out and they would start them off and send us some baby ash trees, we dutifully did so but never received anything back, which is a shame as it would be nice to have some of her ‘babies’ growing up nearby. 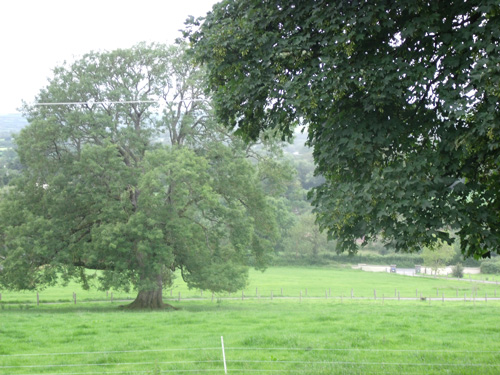 Originally, there were two ash trees, one either side of the winding avenue that divided the once-large field. The other was taller and narrower and blew down about 35 years ago. ?I can remember my father and workman sawing it up for firewood afterwards. 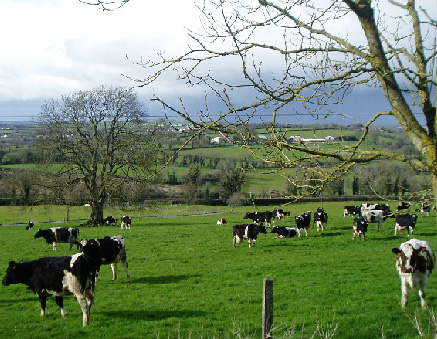 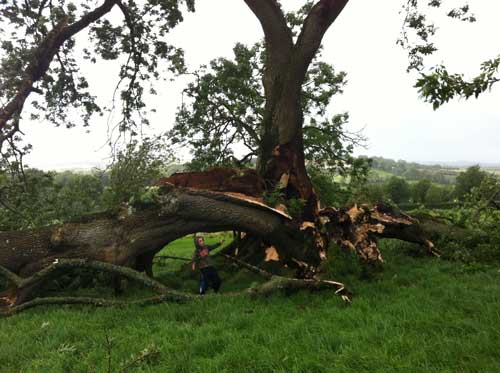 (See the size of it compared to Will)

This was a much finer specimen but alas, is no more. ?It actually broke into three, one third is still standing and the other two bits went in either direction. 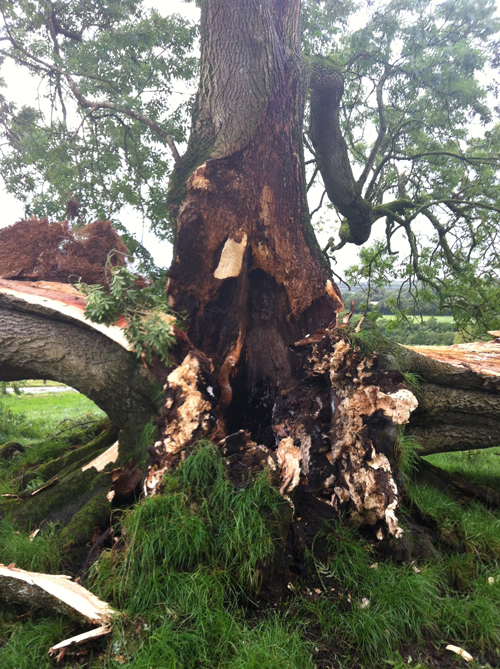 The inside of the trunk was actually quite rotten, some of it was soft and some quite black. ?We were lucky that no one was driving up the avenue when it fell as one branch fell across the avenue and very lucky that the cows weren’t in that field as they might have been huddled under the tree for shelter in such a horrible day. 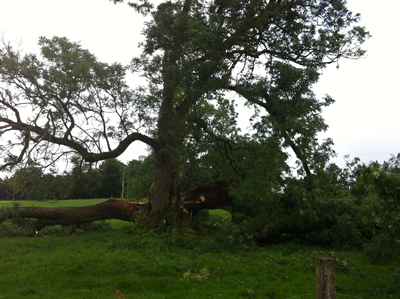 It seems quite sad really, a tree that has been there for a couple of hundred years – gone! But thank goodness nothing or nobody was hurt when it fell.

It will be missed!