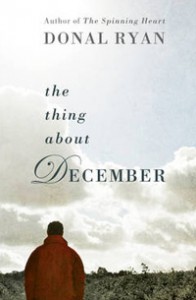 I read The Spinning Heart by Donal Ryan back in March and I couldn’t put it down. I loved every word and its depiction of Ireland at a certain period in the 21st century. I started The Thing About December?too but didn’t get into it at the time. Having been asked to talk at Loughboy Library last ?Thursday night (after Donal Ryan) I decided to give it another go. ?It’s such a well written, insightful and evocative book and yet I wasn’t sure that I could say I had enjoyed the half I read by Thursday evening. Written from the perspective of Johnsey Cunliffe, age 24, who continually sees himself as a ‘gom’ in the eyes of everyone who seems to look at him or speak to him. Bullied for many years, working in what seems to be a creamery cum building yard doing basic manual work, he doesn’t have a high opinion of himself. His father had died of cancer the previous year and Johnsey is unable to work the farm, feeling a failure as it is rented out. I just wasn’t necessarily enjoying reading about a young man’s bewilderment and low self esteem.

He heard Daddy one time saying he was a grand quiet boy to Mother when he thought Johnsey couldn?t hear them talking. Mother must have been giving out about him being a gom and Daddy was defending him. He heard the fondness in Daddy?s voice. But you?d have fondness for an auld eejit of a crossbred pup that should have been drowned at birth.

Donal Ryan read from both books on Thursday night and it was so interesting to hear him provide his perspective on it. ?He said that many people asked him if Johnsey was autistic or mentally handicapped or with some learning difficulties (as I also thought) but he never saw him as such. He saw him as shy, cosseted, different to his father, loved fiercely by both parents. ?I read the second half of the book very differently then, seeing Johnsey as a highly sensitive individual, very different to the bullies and other farmers sons. His father recognised that he was different to him and didn’t put pressure on him to follow his example, making the mistake once of teaching him to shoot a rabbit. His mother realised immediately that Johnsey wasn’t able for it and it never happened again. ?The long reaching effects of bullying are evident as Johnsey feels himself to be a helpless idiot in the face of it all.

The book covers a calendar year in the life of Johnsey, each chapter dedicated to a month. After his mother dies, he has to manage the loneliness. After being beaten by bullies, he spends time in hospital which ironically becomes the best month of his year. ?His farm has been rezoned and life becomes much more complicated as it is worth millions.

I have huge admiration for Donal’s writing and having met him, even more so. ?His book is excellent and I enjoyed reading it but I could never describe it as comfortable reading and I guess it is not designed to be so. ?I was very conscious that the level of low self esteem and doubt in Johnsey can be very common and I think I’m too much of an optimist / fair weather mum to like to think about it happening in others. I just wanted to give him a hug! 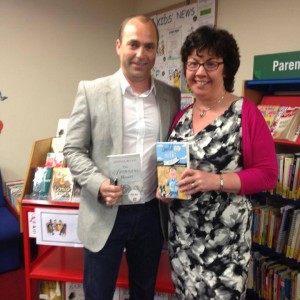 I had to get a photo taken with Donal of course! ?I then enjoyed telling the 100+ crowd (that he had kindly drawn to Loughboy Library) all about my ‘blog to book’ self publishing journey which seemed to go down well. 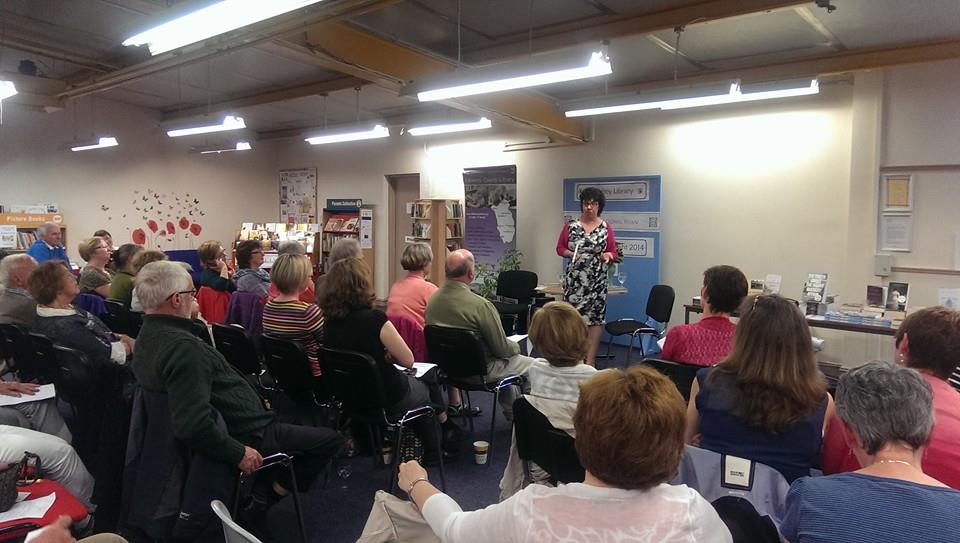 Have you read Donal’s books? What did you think?

2 thoughts on “Sunday Book Review: The Thing About December by Donal Ryan”