It has been a busy weekend and I have to admit I’m pretty tired. If I had got any notions about judging a competition in front of over a thousand people or organising a blog awards, I was brought back to earth with a bump anyway today as Brian needed me in the loader to lower him up and down when he was painting a shed. The glamour! 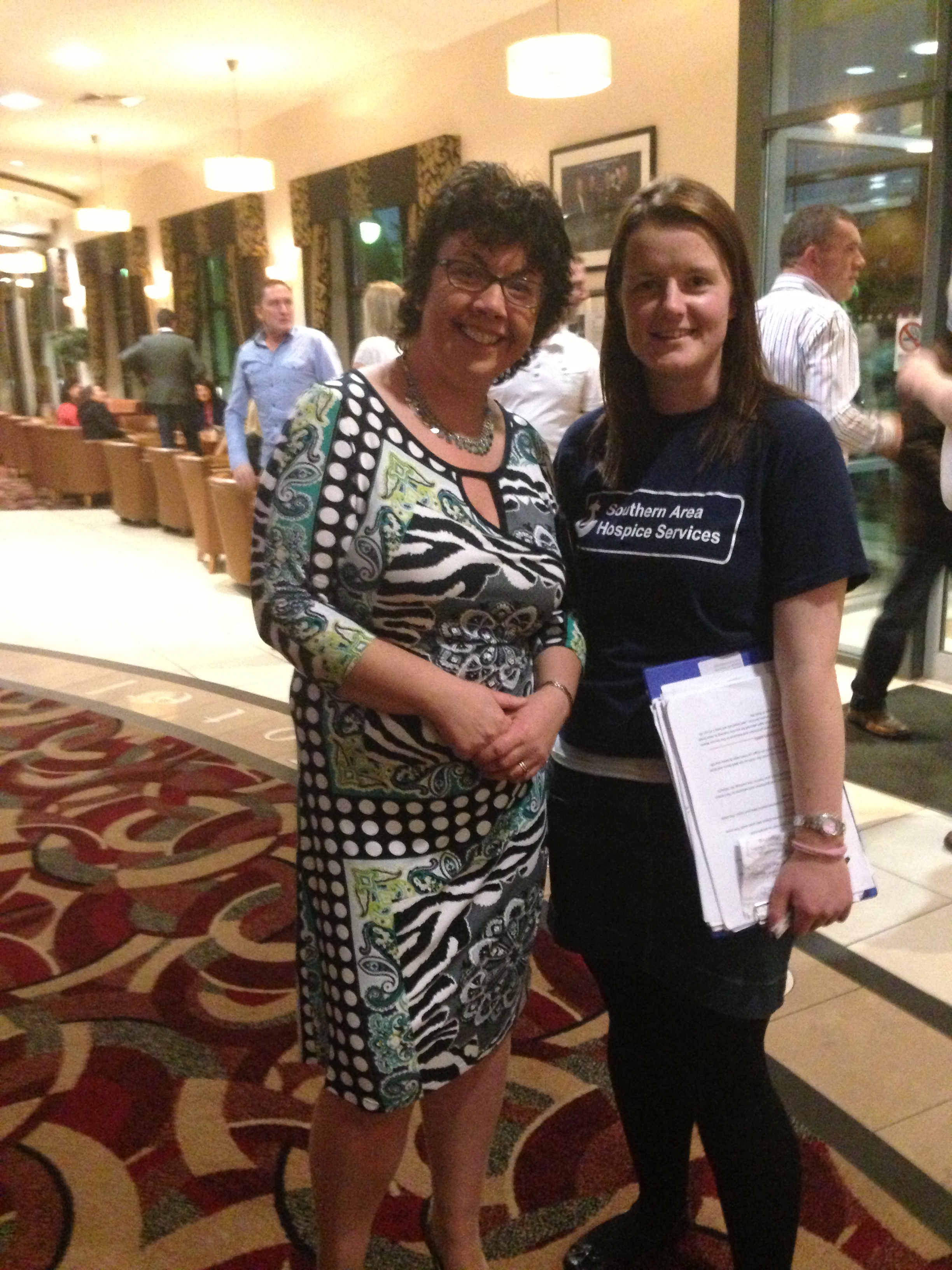 The ‘Farmer Wants A Wife’ event was brilliant, the atmosphere was amazing, the place was buzzing, there were over a thousand people at it (1050 seats with some people standing), ten very brave farmers and two judges! We took it in turns to comment on the farmers and our scores were 30% of the final vote. Many of the farmers did a party piece and I was really impressed by their jiving and irish dancing abilities – even the milking of the cow was impressive and fun! 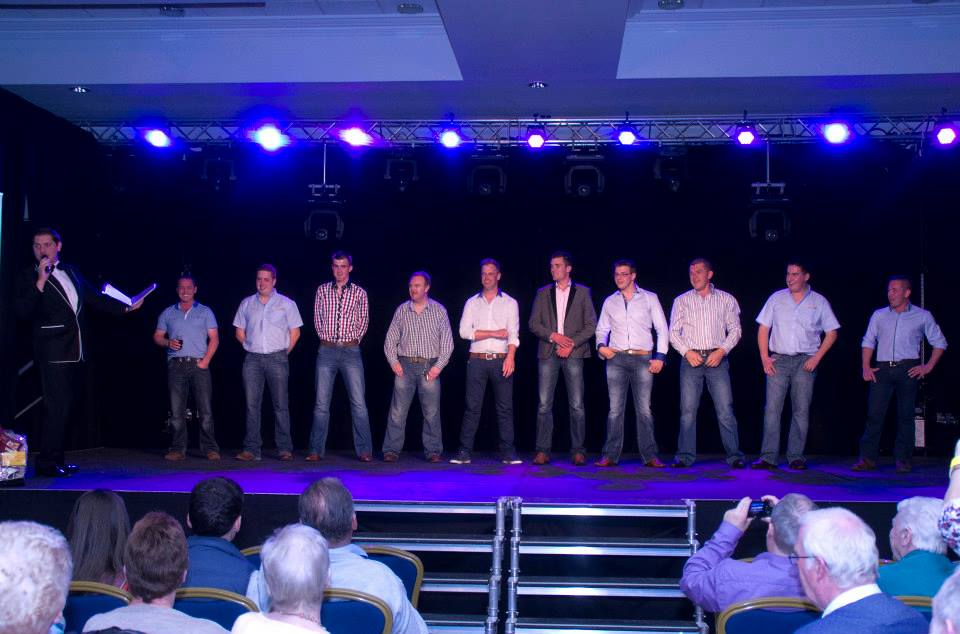 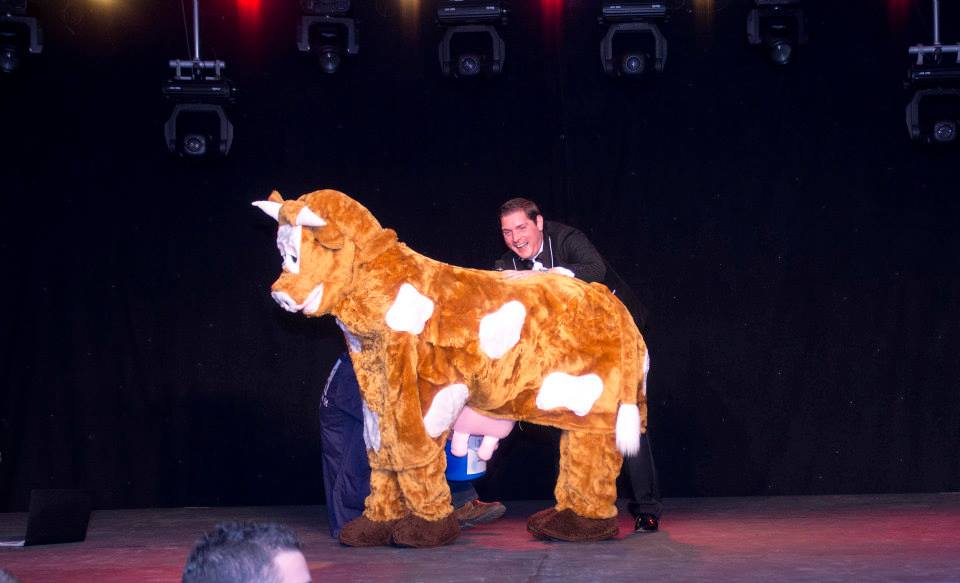 The Southern Area Hospice were delighted with the result, the fundraiser was the brainchild of Anne MacOscar and it surpassed all their expectations. The money is still coming in so they haven’t confirmed the total yet but the size of the huge bag of raffle tickets was positive too, not to mention the tickets sales. 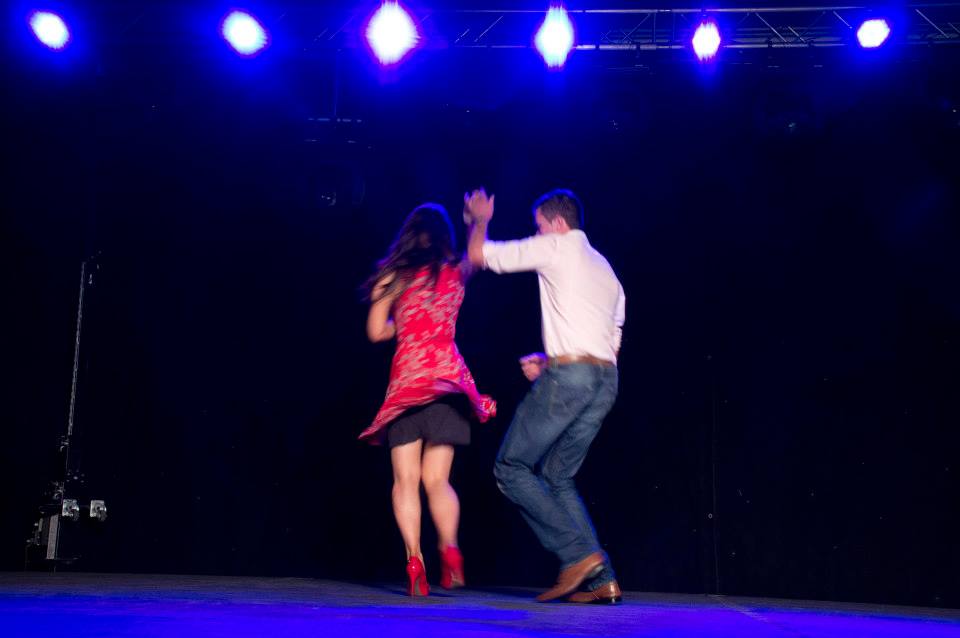 Number 3 farmer was the winner and judging by the roars that went up every time he was mentioned, he is a very popular guy. He was then auctioned off to a lady in the audience. The bidding was fierce and stopped at ?360.

It really was a brilliant idea for a fundraiser – think ‘Rose of Tralee’ farmer version. Some of the farmers drank quite a bit of dutch courage which made things interesting towards the end! I was almost speechless for my commentary for the last one! 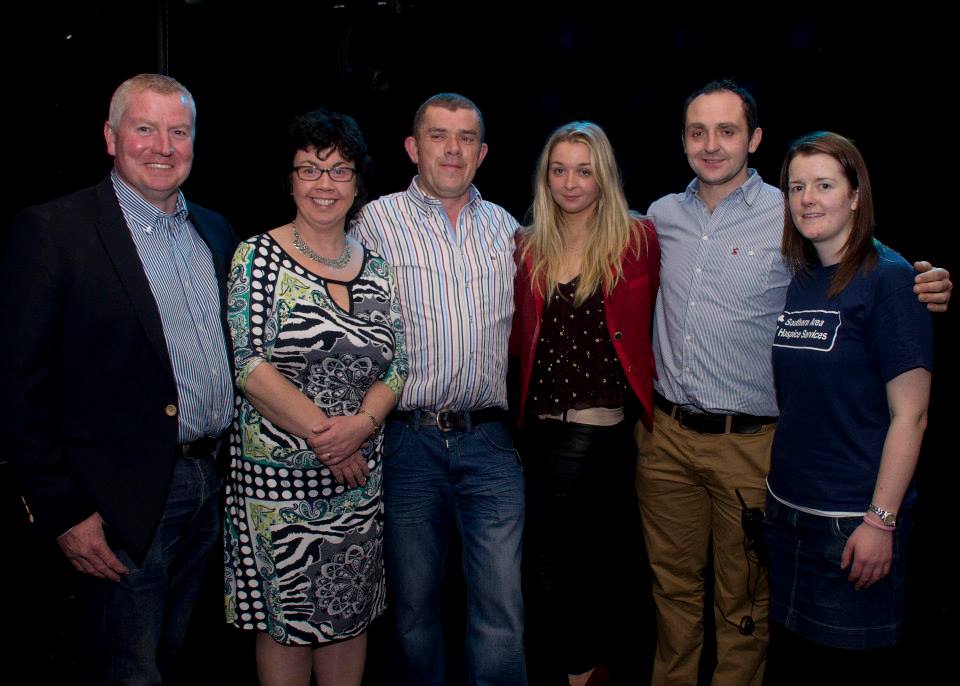 We had time for a look around Armagh the next day and having looked around one of the cathedrals and admiring the terraced houses opposite (which were originally built for widows of clergymen), it transpired that a museum guide was just getting out of his car and invited us in to have a look around. I really enjoyed it. I really liked some of the architecture – curved streets that just seemed womanly and welcoming. 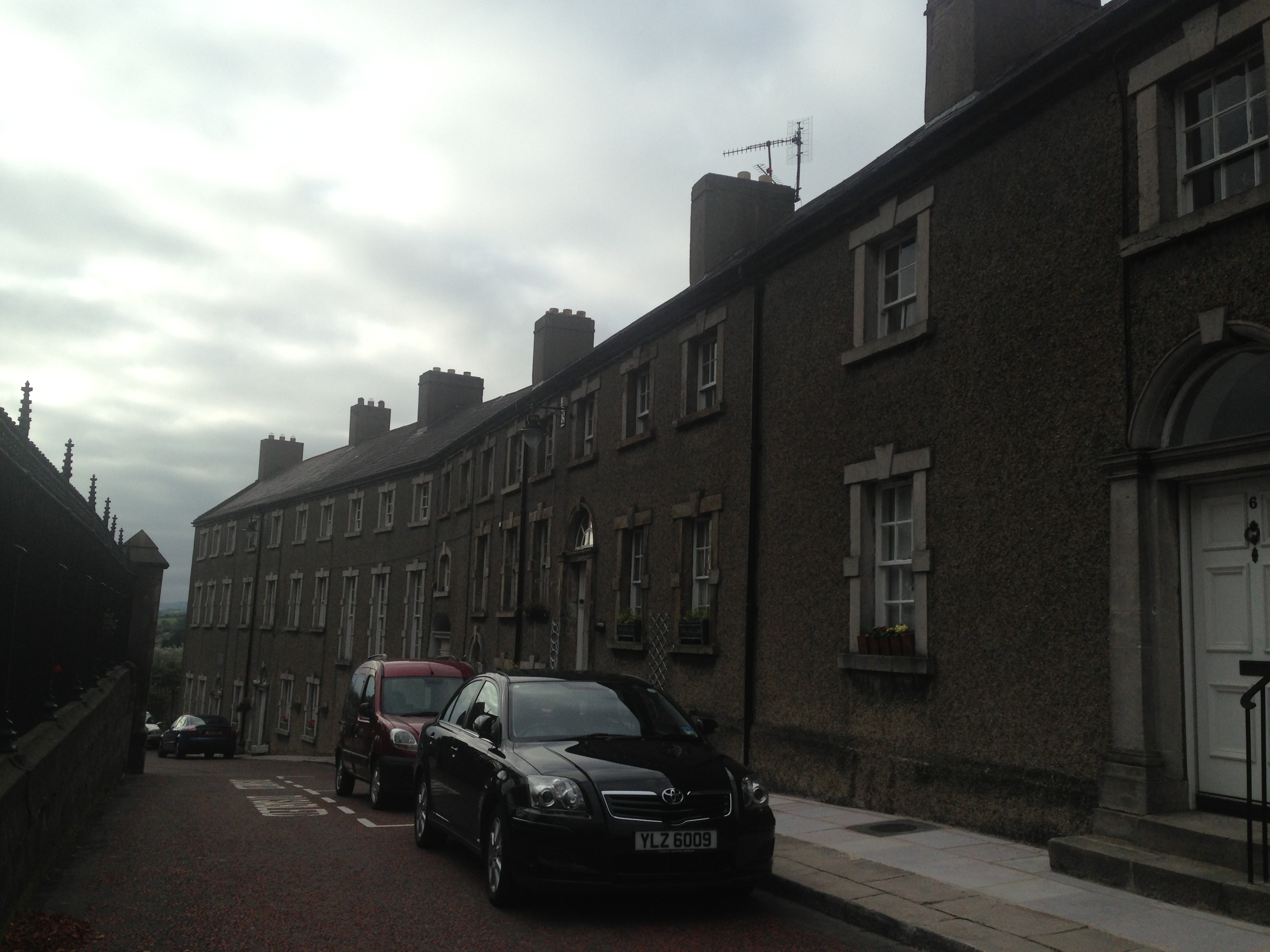 It was down to Naas then to get ready for the blog awards event. We were all fairly calm though there was a lot going on. The cabaret theme went down well and people love the dressing up box – lots of photos taken with people donning feather boas and bowler hats. I had popped into the new vintage clothes shop, Fussy Galore, on Dublin Street in Carlow and was delighted to be fitted out with a corset (with lacy sleeves so I felt okay), bag, hat and choker – all in less than an hour. If you are looking for retro or vintage clothing or accessories, do check it out. 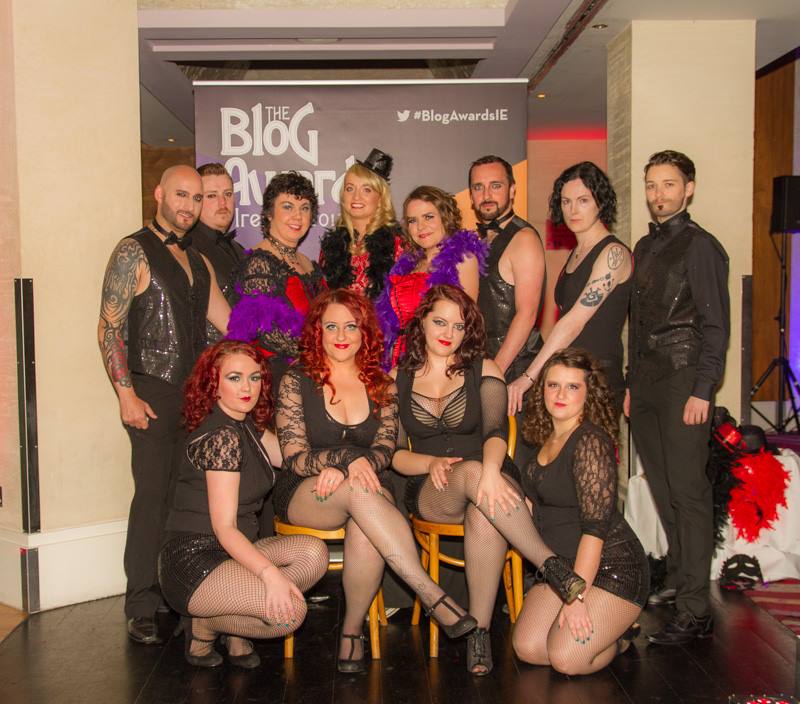 Beatrice, Amanda and I with the Under Current troupe

The winners were announced, the food was eaten, the drag queen MC was hilarious, the entertainment went down well, photos were taken, spot prizes were won, people danced and chatted – the night flew and I felt like I was hardly talking to anyone. Most people went away saying it was a great night and it was, as events go, I felt it was darn good. While we did secure sponsorship and do have a ticket price of ?50, we didn’t have a headline sponsor, our sponsorship costs are reasonable and we felt the ticket price was reasonable too especially when compared to other awards with ticket prices in excess of ?200. There was a 3 course meal, entertainment, prizes, goodie bags and a brilliant compere not to mention the excitement of seeing who won what award.

All in all, – a fun and successful weekend.

7 thoughts on “A very busy weekend – marrying farmers off and cabareting!”