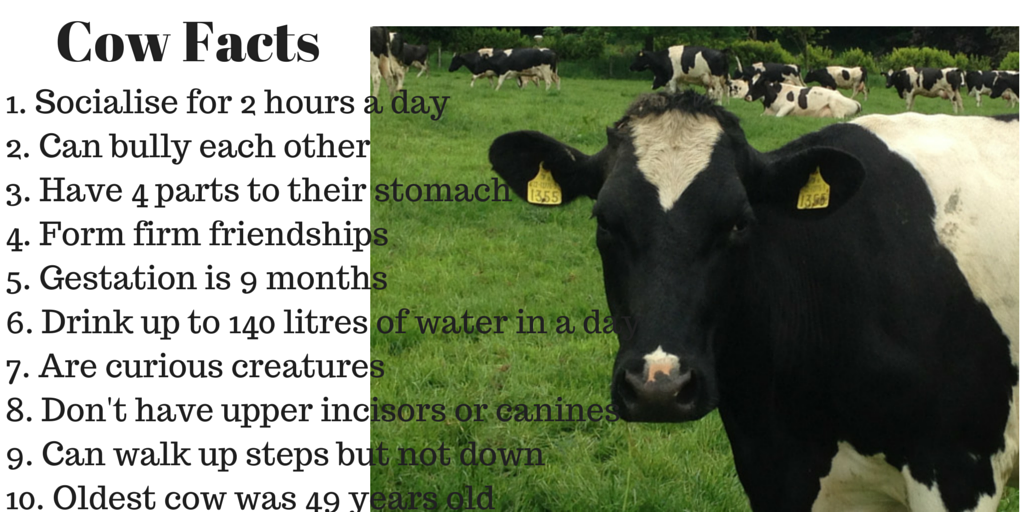 1. Cows socialise for at least two hours every day. Chatting while chewing the cud, ruminating over where’s the best bit of grass, conversing about the weather, who’s pregnant, who had the best calves last year, whose calf has the highest EBI, what field they are going to next …….

2. Cows can be bullies and will headbutt each other for domination. Even when some have been separated for a short while and are re-introduced (for example, during the winter they are kept in two different sheds and then may meet each other in the maternity shed) they will fight to assert their authority. That’s why adequate feeding space is so important as younger and quieter cows will lose condition if bullied by others and slow to get to the feed.

3. Cows have four parts to their stomach so will eat the grass, swallow it down to the their stomach and will regurgitate it later. That’s called ‘chewing the cud’. They will lie down and often look quite thoughtful while chewing away. That then goes down into a further part of their stomach.

4. Cows can form firm friendships and will protect each other fiercely. We have had a few cases of twin heifer calves who when the enter the milking herd, will always stay close together when grazing. Last year, two unrelated cows formed a strong friendship to the extent that they protected each other as a mother would protect a calf. Once they saw the dog near them, they would stand to attention and displayed no fear such was their protectiveness. 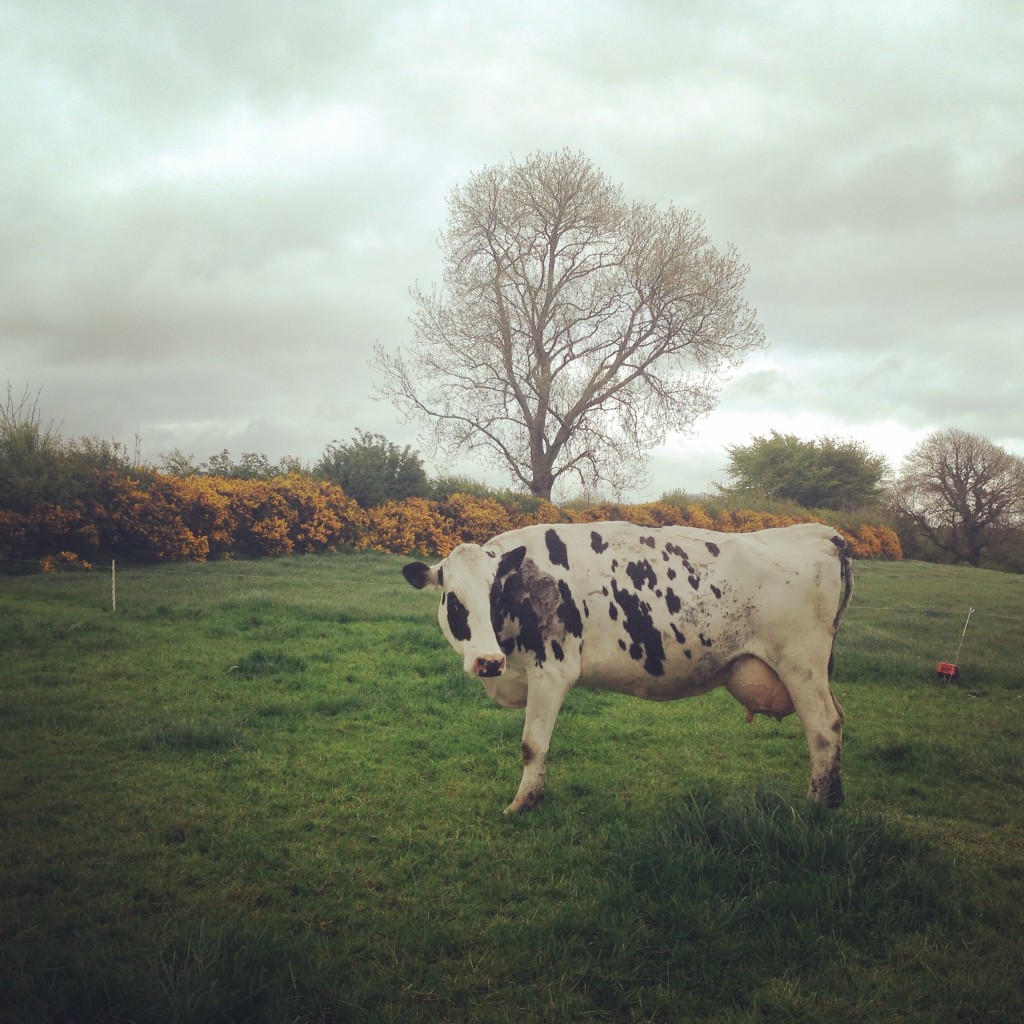 5. A cow’s pregnancy lasts for 9 months, the same as people.

6. Cows can drink up to 140 litres of water if the weather is hot. If they have insufficient water, their milk yield will be affected.

7. Cows are quite curious creatures. If you were to enter our field and sit down quietly in the middle, it wouldn’t take them long to wonder what you are and to come over to sniff and lick at you.

8. Bovines have a hard pad instead of teeth on the top front of their mouth. Don’t be fooled into thinking they can’t bite you as that pad is almost as hard as teeth so don’t catch your finger in there!

9. Cows can walk up steps but not down! When moving calves out of a shed recently with a small step down due to the straw, they weren’t at all happy about having to slide down it. Ramps are used to get them in and out of cattle trailers.

10. The oldest cow ever lived to be 49 and was from Galway. Many cows can live to be 15-20 years old. Apparently the average lactation in some countries is 4 years. It can happen that a young cow is culled because they have medical problems or simply can’t be tamed for the parlour but this would be rare. We currently have 3 cows that are in their 11th lactations (they are 13 years old). It is rare for a dairy cow to live past 15 I’d say.