The children went back to school today so apart from the weather being April showers one minute and November storms the next, it is definitely autumn now. Summer is gone and we’ll see if autumn can do what it says on the tin! 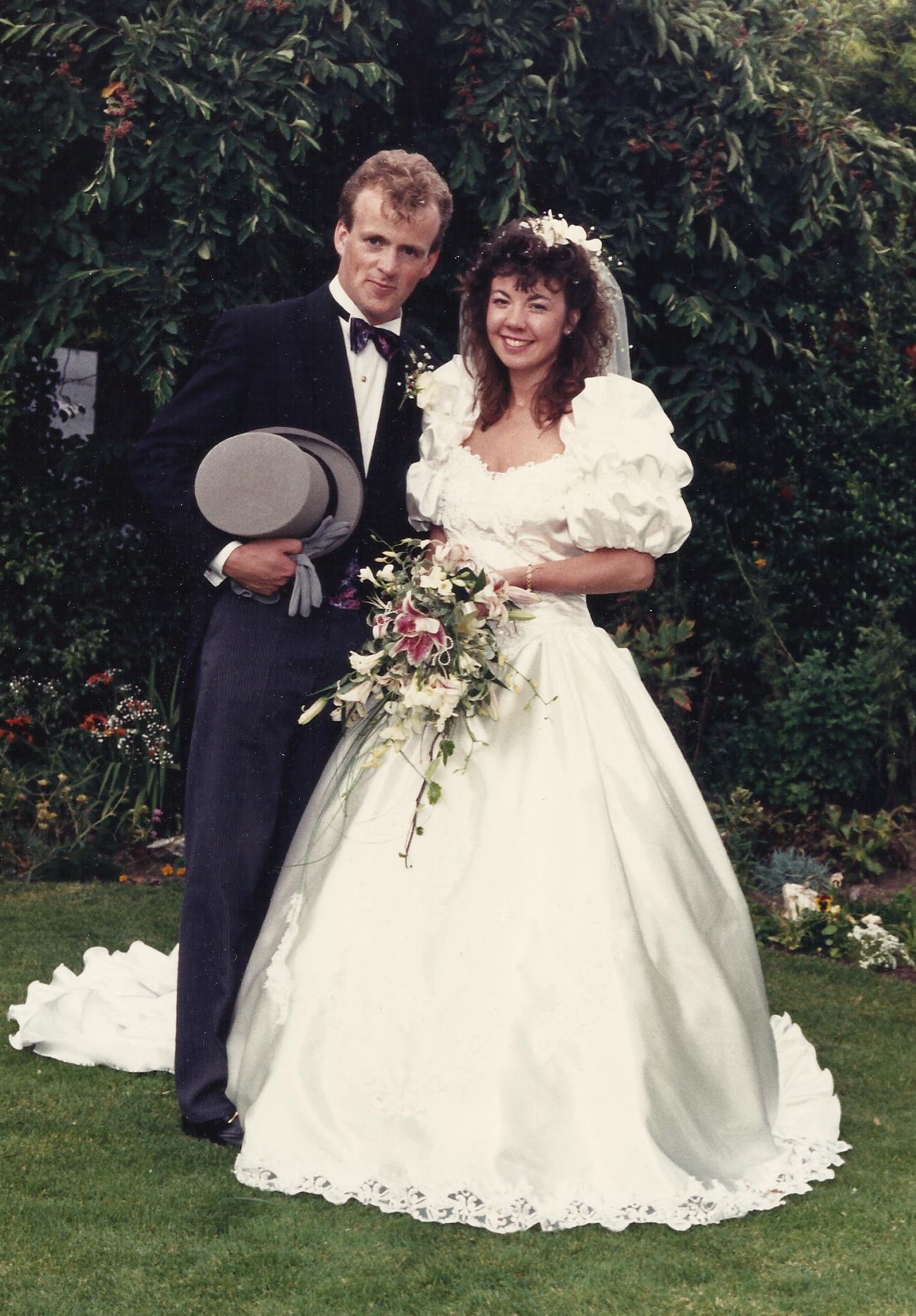 We celebrated our 20th wedding anniversary on 20th August. I dug out some old photos to show the kids and then thought I’d scan a few. I even put up our wedding photos as my avatar on facebook for a couple of days but it scared the life out of me whenever I saw it so didn’t leave it there for too long! Those huge sleeves and a meringue dress! 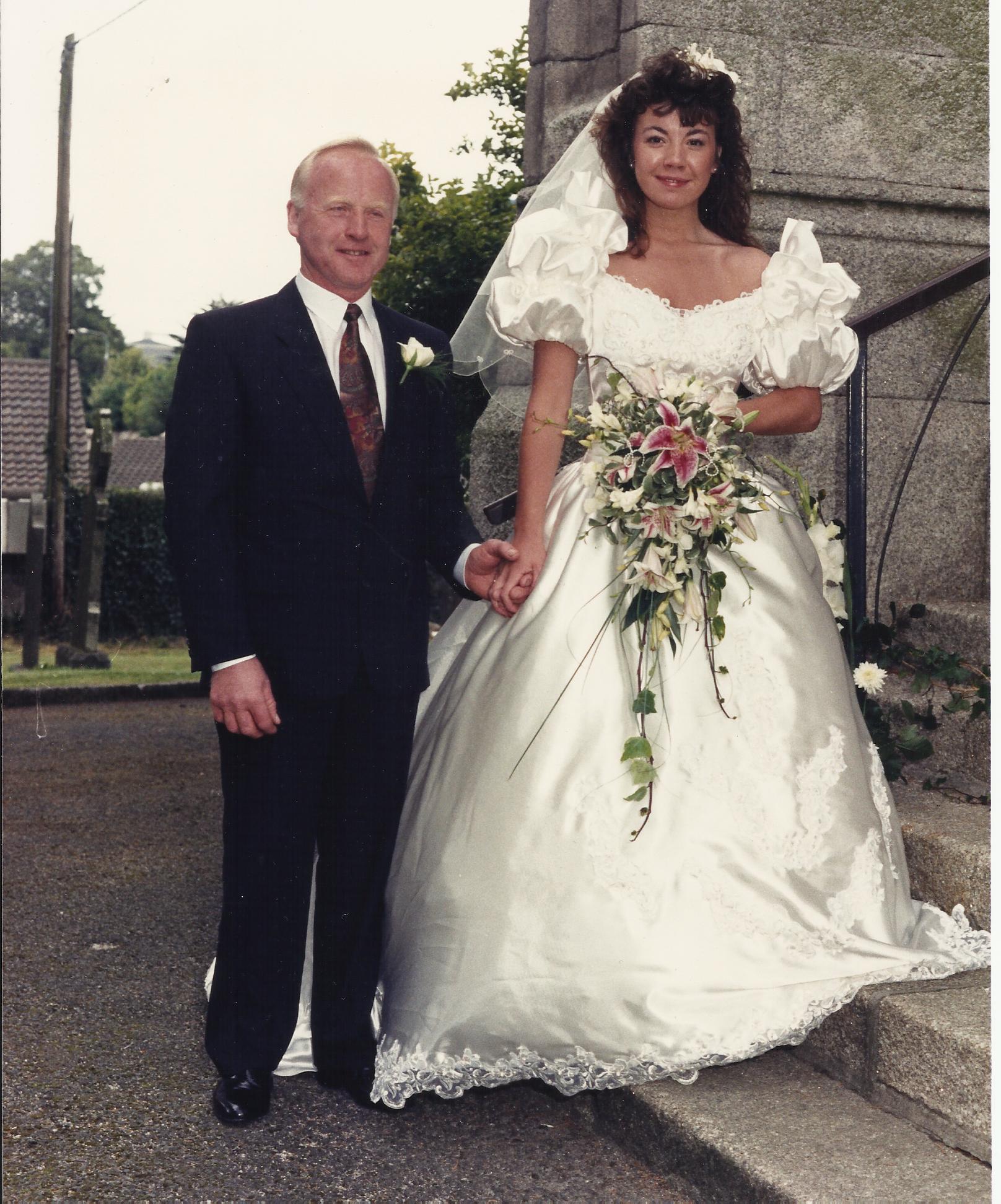 One of my main memories of the day was of arriving at the church and knowing that Brian had been stuck in traffic in Tullow (for some reason, it had been a busy market day in the relatively small town) saying to the photographer ‘He’s in there then’, as in making it a question. I was totally relaxed for the whole day. ?My cousin from the North stayed with us and drove the bridesmaids to the church, apparently he was thinking to himself for most of the morning that we wouldn’t get to the church by 5pm (Wedding was at 2!) but once make up was applied and balloons tied to the car, we all disappeared wearing our jeans and returned less than 15 minutes later all frills and flounces! 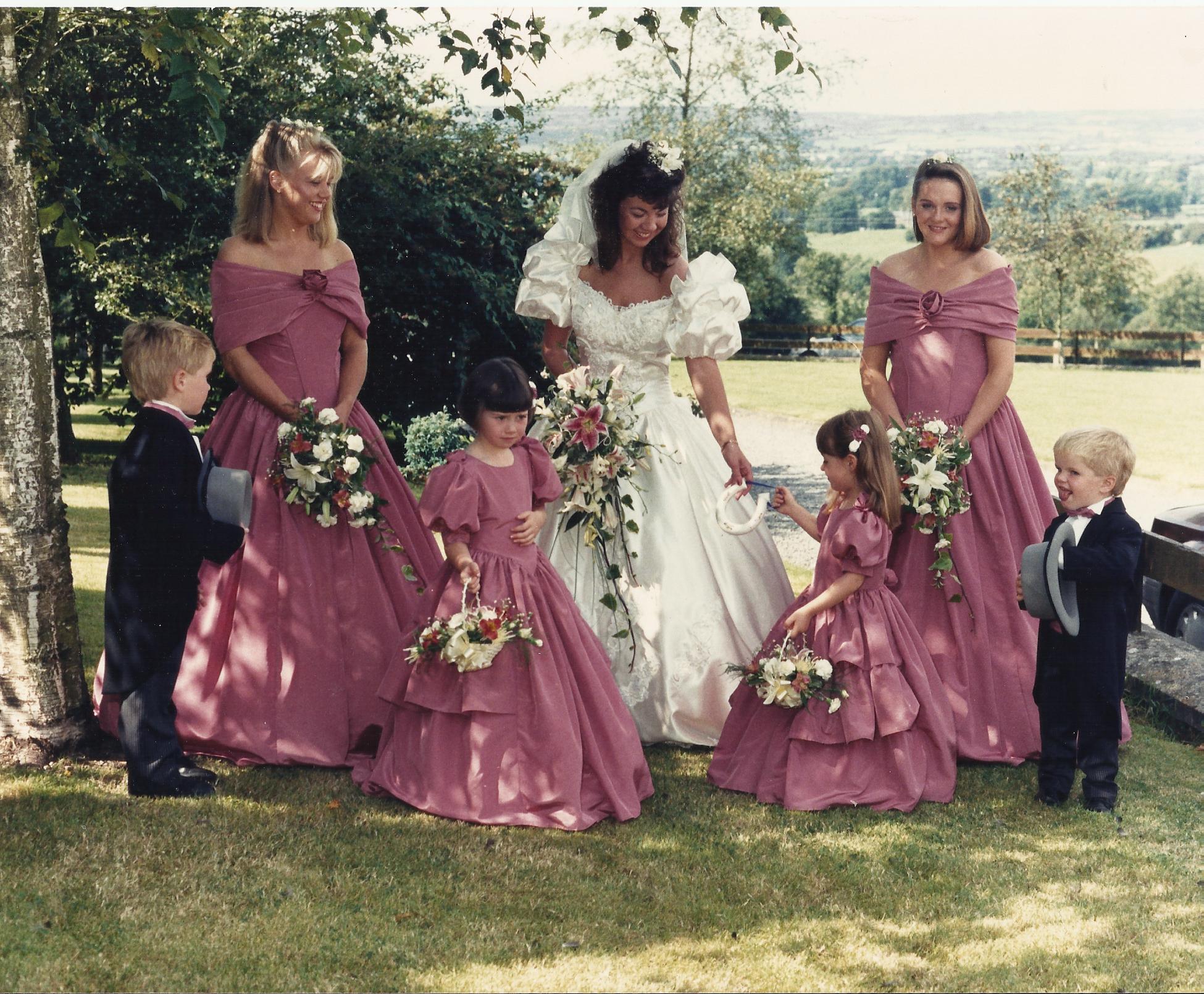 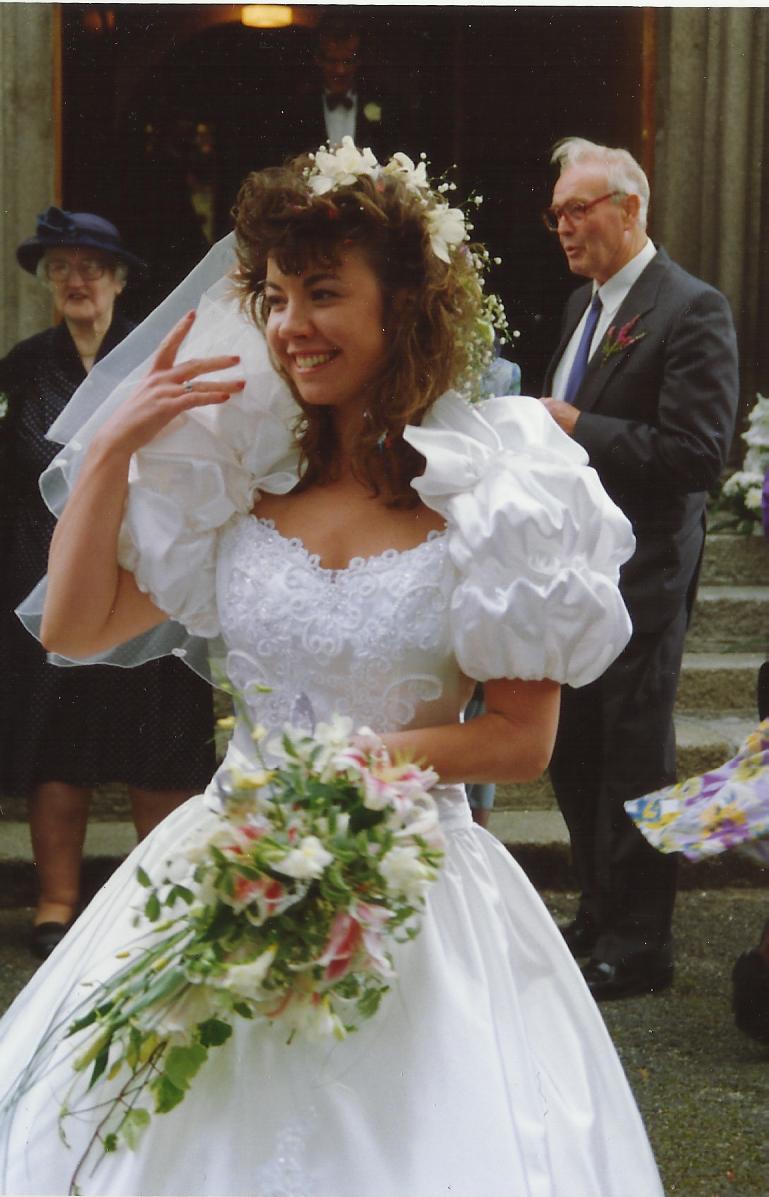 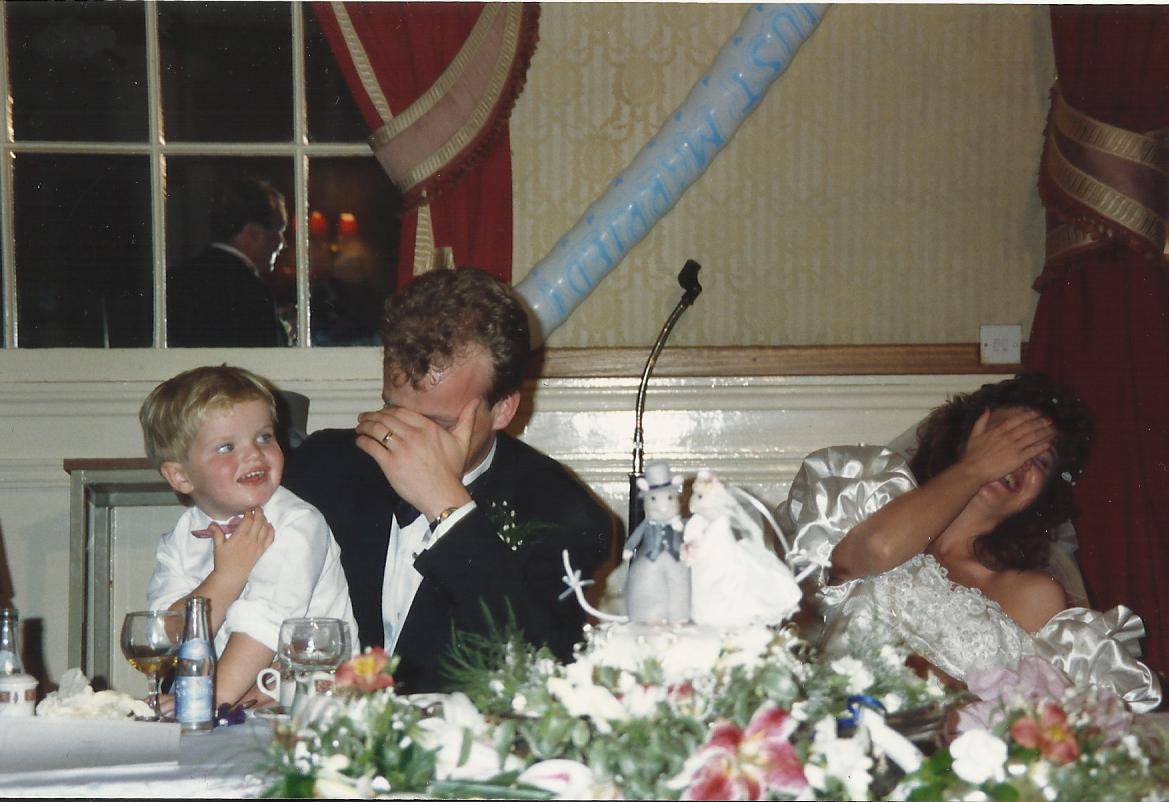 Goodness know what the best man just said in his speech to get this reaction from the two of us!

There were a few things I was determined about for my wedding day – that the ‘who gives this woman to be married to his man?’ would be omitted from the service, obviously the ‘obey’ bit would be omitted, that I wouldn’t be called ‘Mrs’ and that I would give a speech. I can’t remember if anyone called me Mrs or not but I succeeded with the other three. 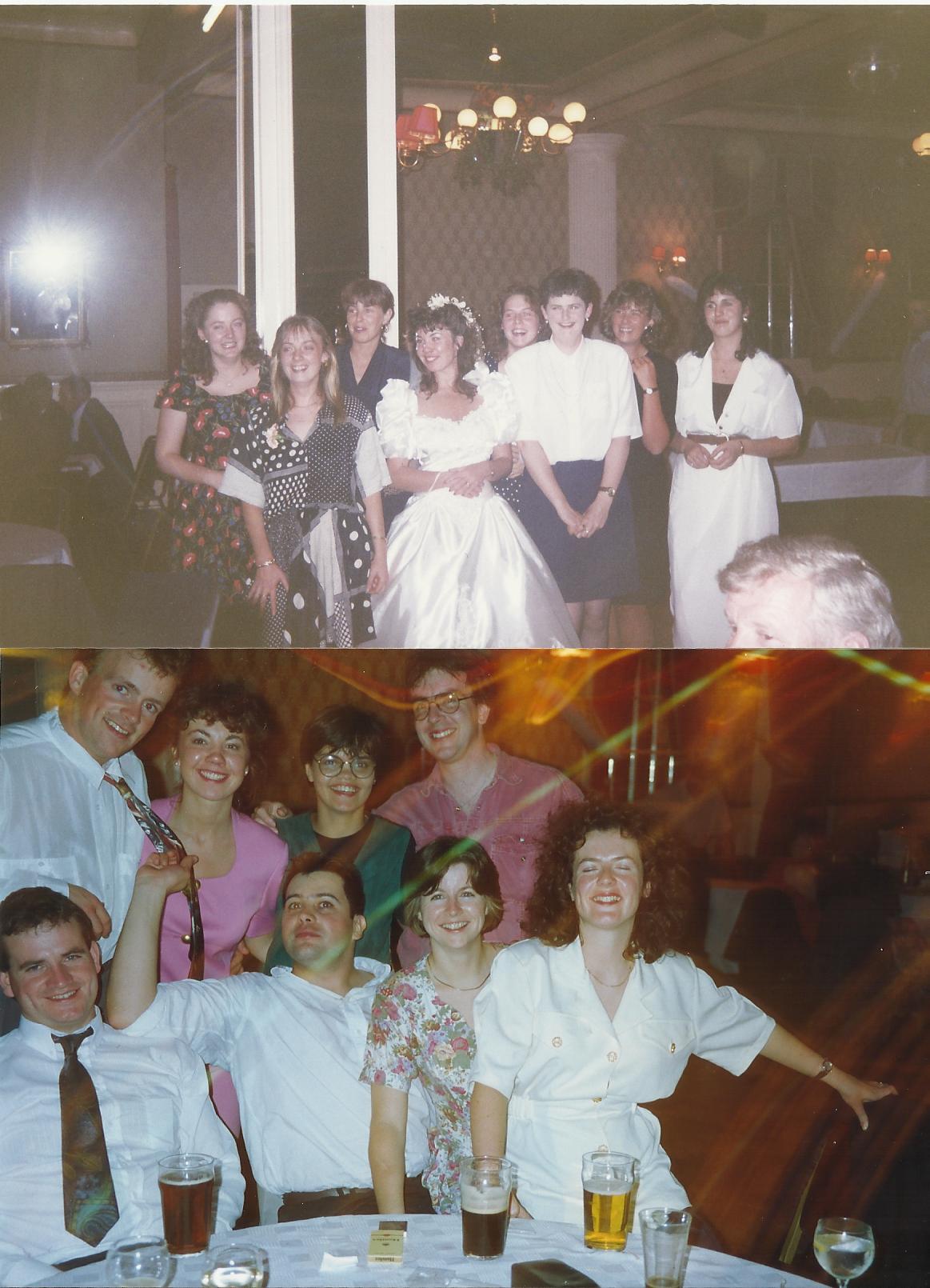 It was great that so many close friends came to the wedding, many travelling over from the UK. The top photo shows all my best friends from secondary school and we still meet up once or twice a year. The bottom photo shows all Brian’s friends from university – none of whom we managed to keep in contact with in recent years. Time moves on I guess.

I loved my going away outfit – it was my first ever designer suit and was beautiful. I still have it somewhere (I sold my wedding dress) even though I’d probably get one leg into the waist of it now!

While I’m sharing photos, here’s a couple from when I was bridesmaid at my sister’s wedding in 2000. ?Note – I was a bridesmaid, not a maid of honour! 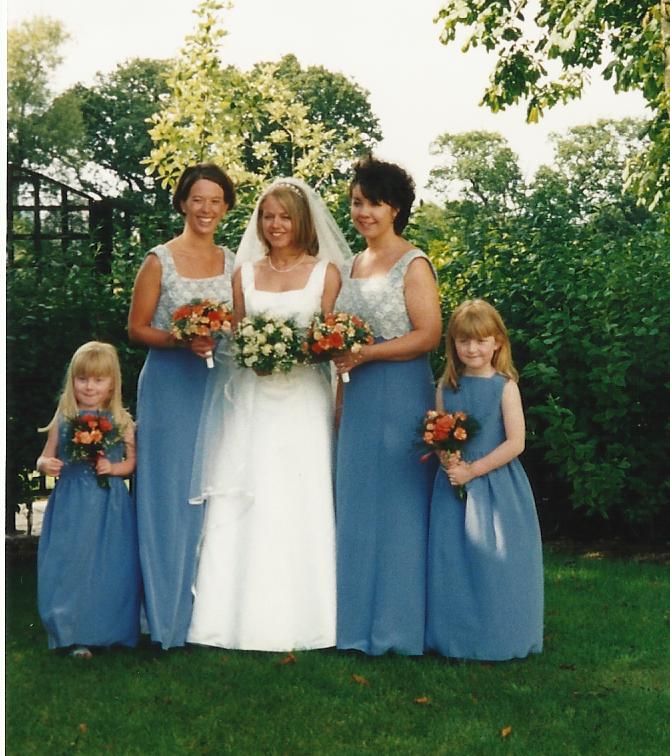 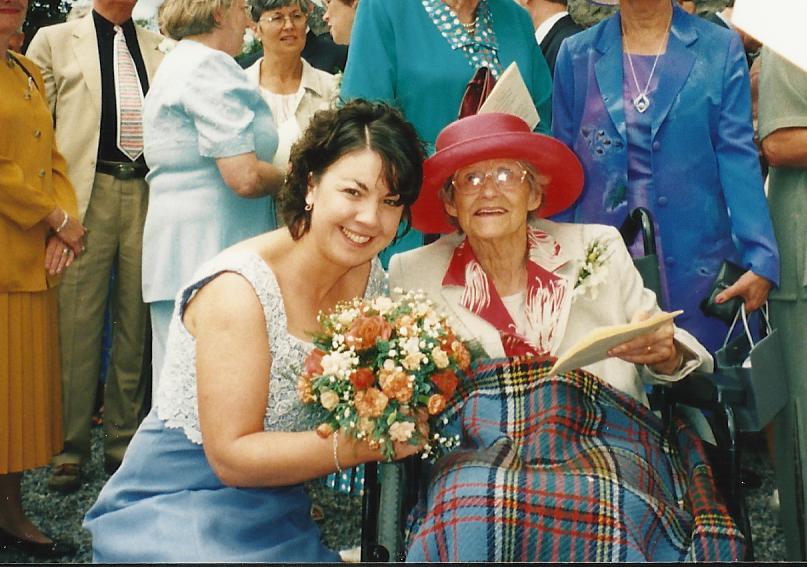 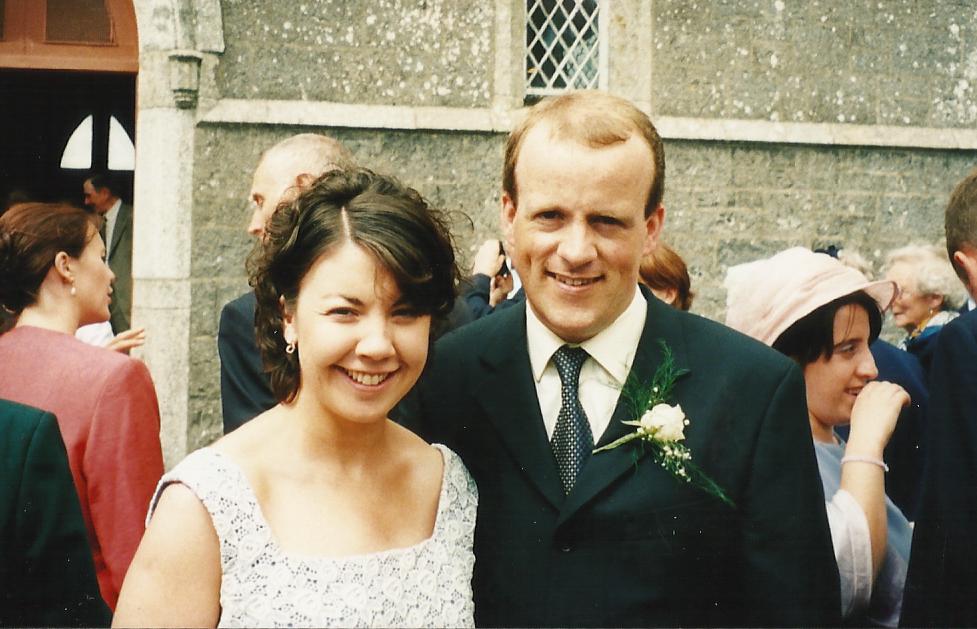 Back to the wedding anniversary – we went out for a lovely meal and as I have a few photos from that, I think I’ll save them for the next blog post 🙂