One of the definite hazards of working from home is that of putting on weight. It is all too easy when the brain is tired from writing an article or a blog post or uploading products to feel that you need a sugar kick with your cup of tea and being Irish, I just cannot enjoy a cup of tea without something to dunk in it! I recall being so surprised when I moved to England as when you were offered a cup of tea, what was exactly what you got, whereas here in Ireland a cup of tea would also include a slice of tart or a slice of cake or at the very least, a selection of biscuits.

I have just caved in to that temptation (been writing all morning) and had a slice of the barm brack that I purchased last night and suddenly so many memories came back to me.

Barm brack is a fruit bread and it is a traditional bread cake to serve at Hallow’een, the tradition being that whoever gets the ring in their slice of cake will be the next to wed. When we were children, our workman Tommy was unmarried and the same age as our own dad. He was a lovely man, always good to us, never complained when we used to run out to the kitchen table to sit on his knee, used to bring us on the tractor with him, never told us off. He died when I was 17, an accident following bad depression, aged only 50. 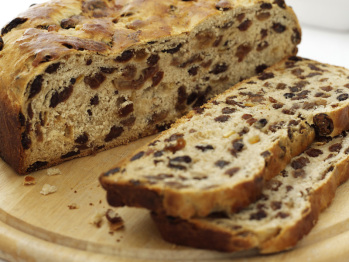 He used to have dinner with us and in the evenings, my mum used to cook tea for him before he left to go to do his own farm work. Tea would be a grilled sausage, rasher and egg or some boiled eggs or some salad, that kind of thing, followed by a slice of cake or a scone. We used to make my mum cut up the whole brack until we found the slice with the ring in it and we used to put it under another slice at “Tommy’s table” (as he ate in the kitchen whereas we had our tea later) and we would be agog listening for his reaction. Once, my mum was afraid he had choked on the ring as he had obviously hidden it, getting a bit tired of our squeals and teasing of his ‘girl’ who actually didn’t exist.

The ring in the barmbrack is a lovely tradition, a bit of fun. 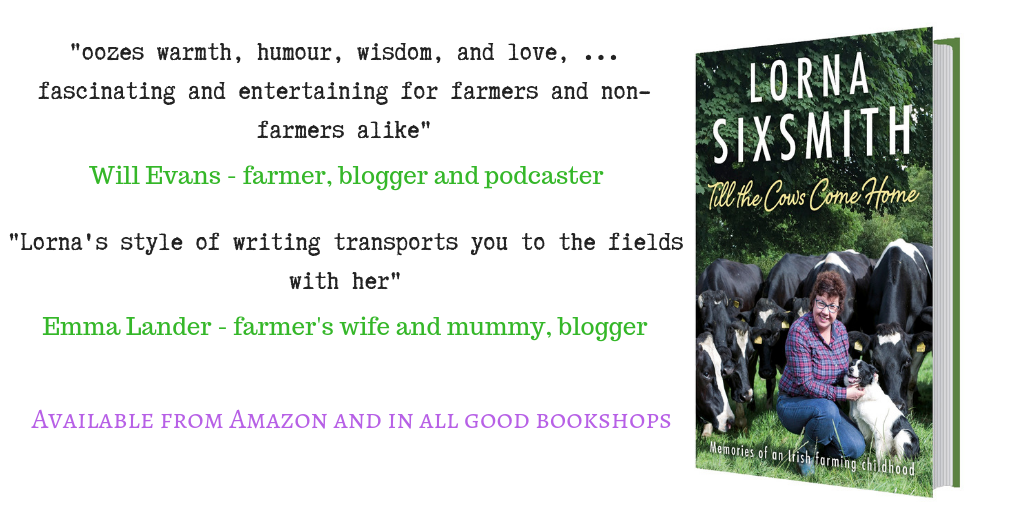 And if you would like to read my latest book, Till the Cows Come Home is full of farming memories over three generations and available in all good UK and Irish bookshops, and from Amazon.