I’ve been meaning to blog about the topic of succession for a while, particularly since we discussed it in an #agchatirl topic a couple of weeks ago. If you remember, I was at a Teagasc conference a few months and one researcher mentioned how she had been speaking to a female farmer aged 19, who was working on the home farm and relief milking for other farmers, yet she knew she hadn’t a hope of inheriting the farm – even though her brothers weren’t particularly interested in farming. I’ve heard of farmers in their 60s and 70s being resistant to leaving farms to daughters but her parents are probably not much older than Brian and I.

There’s so many issues surrounding succession – there’s delayed succession which means that sons (and daughters) could be in their 40s or 50s when they inherit which means they are perhaps too old to take risks, the bank may not be forthcoming in giving them 20 year loans and perhaps their enthusiasm for farming has waned too. Another is the reluctance to let daughters inherit. An important issue is the need for the farm to either support two families or to ensure that the parents have enough to live on between old age and personal pensions. 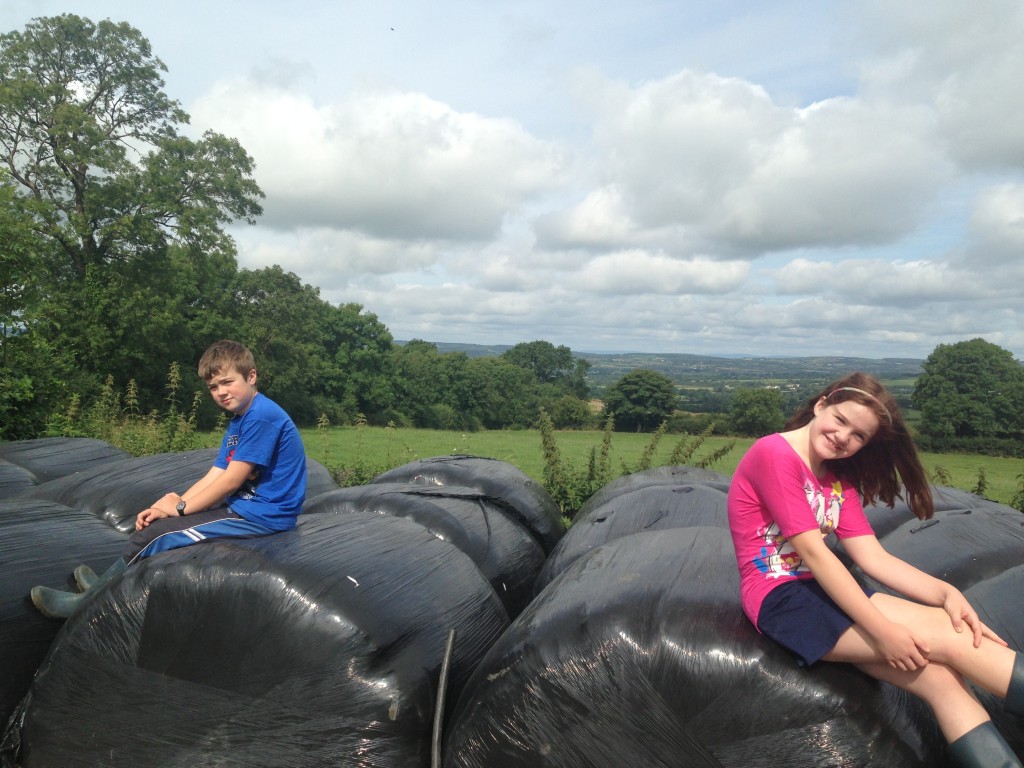 Sian Bushell, a succession expert who has visited Ireland on occasion to speak on the subject, was our guest expert for the #agchatirl topic. As she said, it’s not only older farmers that are against female farmers but she also made the point that the child most suited to farming is probably the best successor. not necessarily the male. We discussed reasons for sons being chosen and yes, some of it is undoubtedly down to tradition, the way it has always been done and some of it may be due to the continuation of the surname being attached to that land for more generations.

Q4 Not only older farmers are against women farmers! Surely successors should be chosen on merit not gender? #agchatirl

I inherited the farm here and although I kept my own name (not because I’m farming but I couldn’t see the sense in taking someone else’s name just because I married him), the kids have both our surnames but as it is such a mouthful, they just use ‘James’. I would hope that my daughter would keep her own name but of course, her children may have her husband’s/partner’s surname. The name doesn’t come into it for me – as long as they are happy farming is what matter to me.

One farmer commented on how he inherited at age 19 when his father was 60. He then feels ready to let a child inherit at a young age. Whereas if succession is delayed, each generation wants to have it in their possession for a reasonable length of time. I think it is important to let sons and daughters have some responsbility from a young age so they are ready to take over too and as Sian said, make their own mistakes and learn from them. I remember being impressed by a farmer buying suckler Angus heifers from us (ready to calve). He let his son (aged about 18) choose the ones he wanted, bargain the price and gave him full responsibility.

Another bone of contention can be how the inheritor’s siblings will also be seen to be owed an inheritence. Traditionally, women would have been provided with a dowry and sons would either have been purchased another farm or they became priests, doctors etc. Nowadays, siblings are often provided with a site for a house or given an amount of money. While I agree with this to an extent, farming is not a pot of gold and while the farmer is inheriting something of considerable value, the lifestyle he/she will have will not be extravagent – repayments based on ‘buying out’ siblings will damage their ability to borrow and improve the farm.

Parents are often worried about a son getting divorced down the road and seeing the bride walk away with half the farm, it does happen that they delay letting him inherit for that reason or hold onto some of the land ‘just in case’. There has to be trust though, surely the only result would be resentment if a young farmer felt he wasn’t trusted with the farm. Another fear tends to be if the son sells the farm.

Sian suggests that a legal agreement can be made so that the farm cannot be sold without the consent of siblings for example. Personally speaking, I think that is bonkers. Relationships change, families fall out, the last thing a farmer needs is having others holding power. What if he/she wanted to sell the farm to buy a bigger farm elsewhere? Would their hold over it affect his /her ability to borrow from the bank?

I do think farmers need to be planning for their own retirement – in financial terms and to decide where they will live and what they will spend their time doing. Many farmers stay living in the same farmhouse and the son/daughter builds a second home on the farm. I do wonder why the retired farmer doesn’t build a house on an outfarm for example, as many farmers here in Ireland have fragmented farms – or even move away from the farm altogether.

We plan to move to a renovated house on our small outfarm 5 miles away. I would love to live in various parts of the UK and France and maybe even other countries for 2 or 3 months at a time. Rent a cottage in Yorkshire and Cornwall and Kent and really enjoy living there for a few months – wouldn’t it be blissful? I’m not sure how I’ll get Brian away from his garden – we will have to go abroad during the winter months! I will spend my time reading and writing!

I would love to see one of the kids farming but if they don’t, that’s okay too. As long as they are happy and healthy and still want to be seen with me on occasion, I don’t mind what they do career-wise. If they do farm, I want to be in the position to hand it over and wish them all the best, having provided for our own pension.

I could write about the issues of succession for ages – compare the stats from different countries, different cultures etc but it’s getting late and it’s a topic for another day! This article from Agriland reveals what some children expect and highlights that Teagasc will be running succession clinics in the autumn which is positive. I’m sure half the battle is getting families talking about the issue.

I’ll leave you with this tweet from Sian but let me know what you think too. Would you let a daughter inherit your farm?

One thought on “Farm Succession: Son or Daughter?”