It’s 1st May on Wednesday – the beginning of summer allegedly! ?A load of hay from Kent arrived at our local Glanbia creamery today with 48 large bales. We didn’t need any but there were plenty of farmers arriving with small trailers, there are a lot of older suckler farmers around here who have been drawing silage to their stock for the last two months.

We had planned to let the cows out tonight for the first night but they’d still need buffer feeding and we were running late due to Brian going to the mart today so rather than sorting out fencing, they’re being left in for another night. There were a few heavy showers today too so the land is wetter than we’d like although growth has eventually picked up. 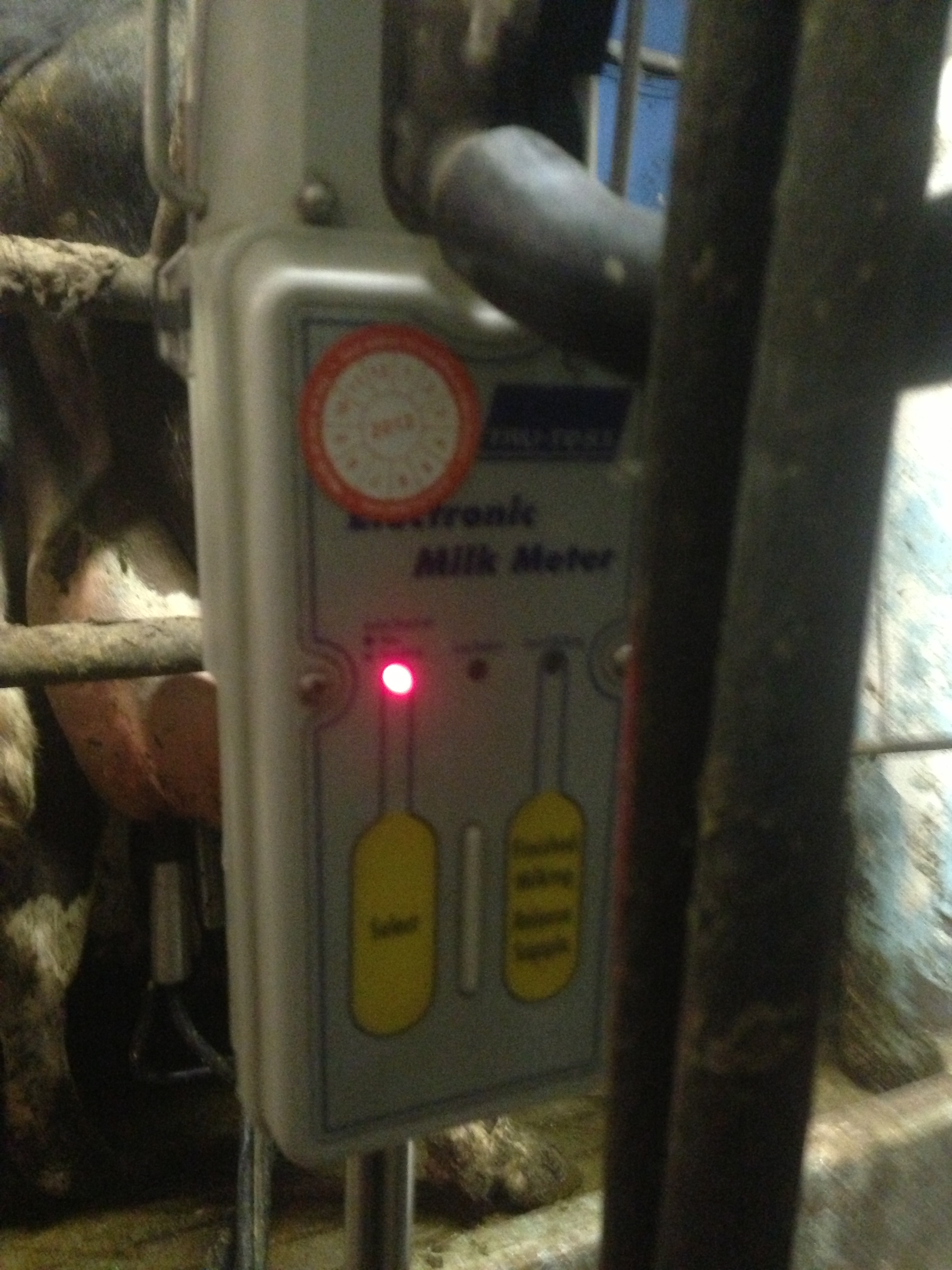 We milk recorded the cows last Friday – we do it via DIY milk recording so it means I’m involved too. The company delivers the metres which measure the volume of milk given by each cow. Each cow has an individual number that I input into a handheld monitor, then I click ‘select’ on the metre to check that it has recognised the number. ?The volume of milk is measured for the morning and evening milking. During the evening milking, we take a sample from each cow’s milk – each vial has a barcode which then is matched to the cow’s individual number.

Then, in about a week’s time, we get a report showing information such as the cow’s length of lactation, volume of milk given, protein and butterfat contents. This is important information that contributes to our decision making when deciding on sires for the cows, which ones to cull, which ones to keep in the herd and the information also contributes to the cow’s Economic Breeding Index score. ?There is no point in having a cow that gives huge volumes but it is mostly water instead of creamy milk and in the past, all we had to go on was volume!

It was remarkably calm in the milking parlour for the first recording of the year. I think we were both so tired that we just took our time rather than rush. It had been a busy day, I’d been longer with a client than I thought I’d be, we had to move calves which also took longer and it was nearly 8pm when we started milking!

The calves are still in too, we just don’t have a dry enough field with enough shelter for 100 calves at the moment, in addition to keeping the cows out – the first batch of calves is weaned and are eating about 2 kgs of meal a day plus nibbling at straw. ?The second batch will be weaned later this week. It is cheaper and more effective to feed them on meal than milk. We introduce meal at a few days old and initially they nibble at it and gradually their intake increases as they grow. ?The third batch will be a few more weeks and the fourth are newborns, the late ones born over the last fortnight. ?They are very cute compared to the big bruisers now in the larger sheds! 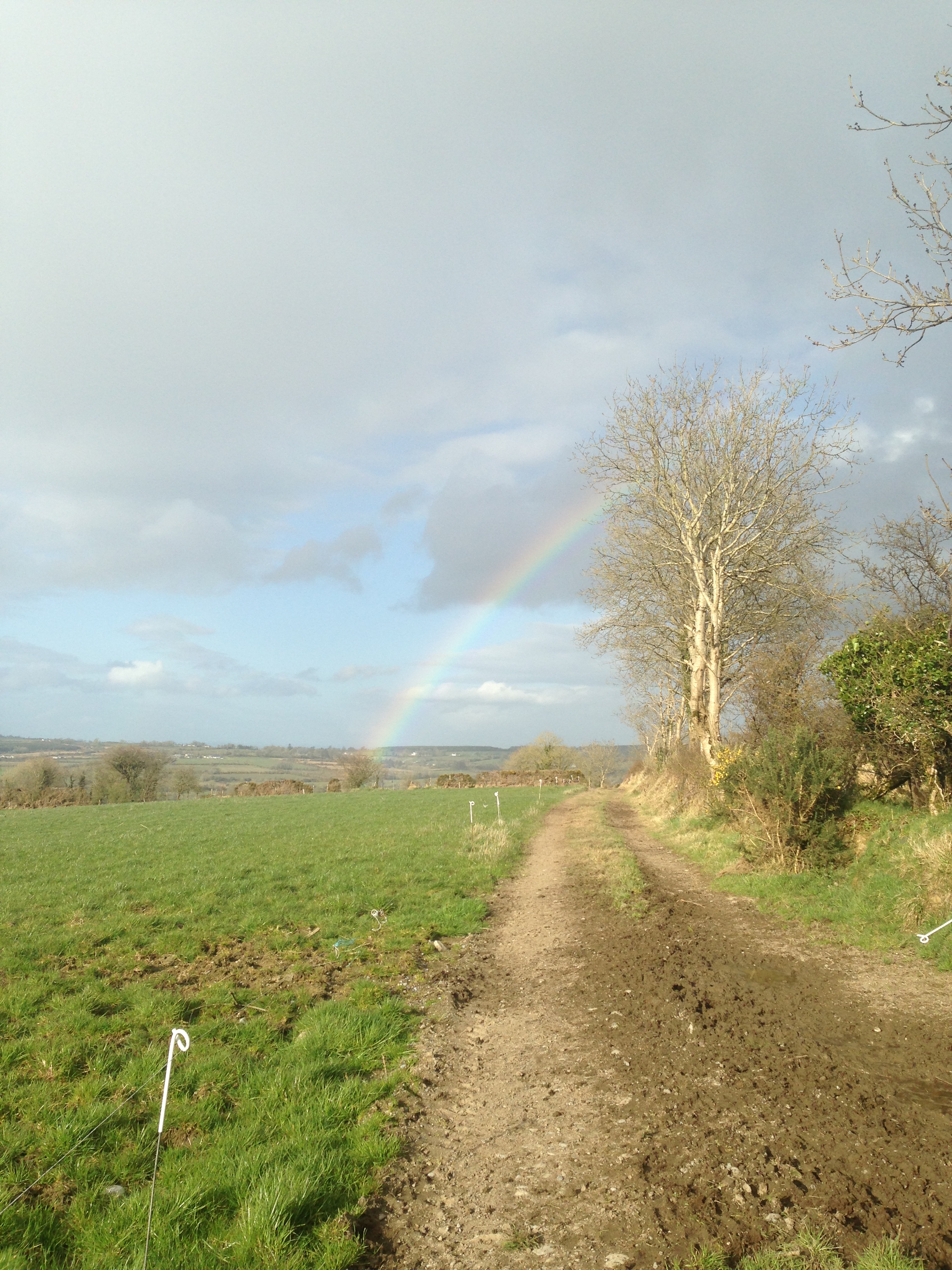 Last but not least, I got a mention in yesterday’s Sunday Business Post. One of the things I love about small business owners is their innate ability to share knowledge and skills – they aren’t worried about others getting one up on them or of stealing their ideas. Maybe we’re a little naive but it’s lovely networking with other small business owners, especially women. ?Many Carlow businesses were featured in SBP yest and one business Sign Management named me as her social media trainer and gave me a lovely mention. 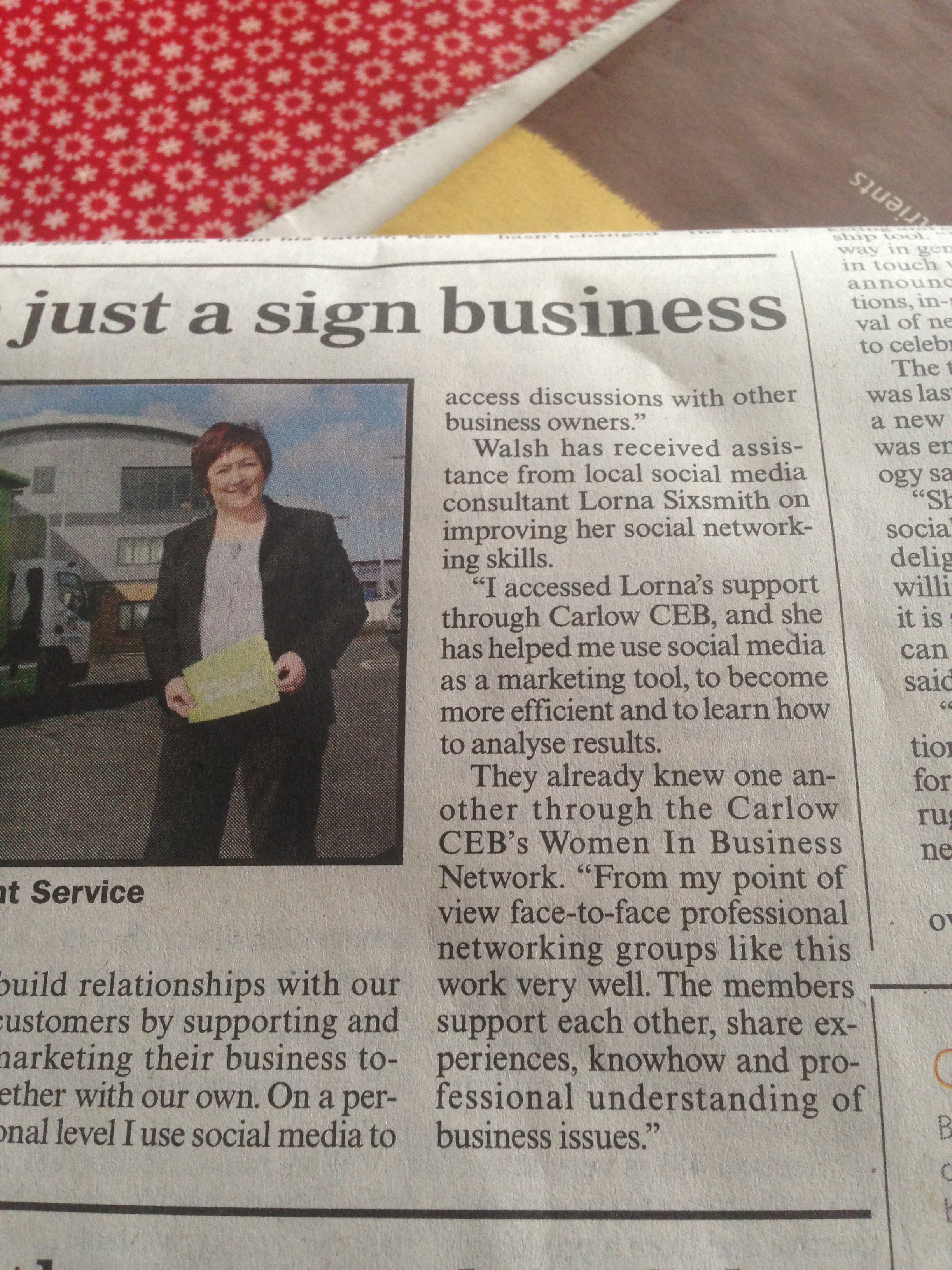