I have yet to see Pilgrim Hill and looking at where it is on, it seems the nearest place is going to be Newbridge for a single viewing on Thursday May 16th. Reading the reviews reveals it to be shot as if part documentary, part feature film. Jimmy ?Walsh is a bachelor farmer who is part carer to his aged father. His only company are his cows and a friend Tommy who talks of emigrating. ?The film shows the dark side of rural Ireland where many are becoming more and more isolated. 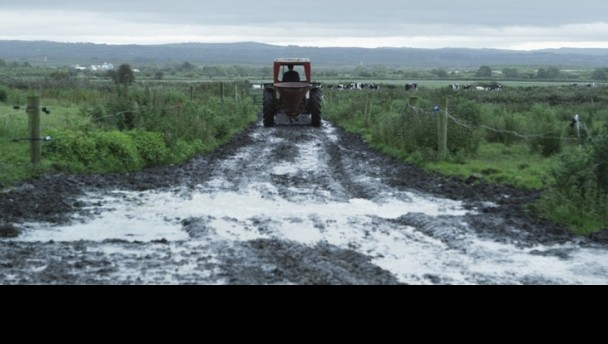 Apparently, Jimmy’s fear of losing his licence and his only pleasures of occasional visits to the pub are threatened by being stopped by the police and breathalysed. ?His fear of the department staff is palpable when they arrive in his yard and when some of his cows go down with TB, it is as if his world falls apart. Apparently there’s an inaccuracy then as he says he can’t supply milk but he would be able to – the cows with TB would have to be slaughtered and the rest of the herd would be ‘locked up’ which means he wouldn’t be able to buy in or sell any cattle. 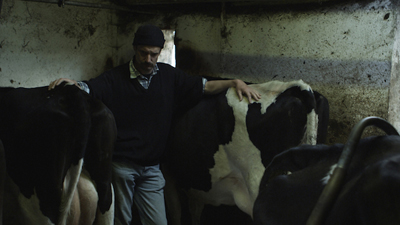 Apparently his friend does bring him to the nearest big town to a disco which he doesn’t enjoy and I’d imagine feels like a fish out of water. It made me think of JB Keane’s play The Chastitute

??and his book Letters of a Love-Hungry Farmer

. Has life for many farmers not changed in over half a century? ?I know The Chastitute was written as recently as 1981 but seems set in the 50s or 60s. Keane’s works are quite similar in that the storyline is the same in both – they follow the tale of John Bosco, he lived with his mother for many years and now she is dead, he is finally free to choose any wife he wants but in his 50s, he finds that most women in the neighbourhood emigrated or went to the cities. There just aren’t that many women out there, let alone any who might want to marry him. He enlists the help of an aunt to find him a housekeeper, hoping that something romantic might come of it, he uses a matchmaker and he also gets a ‘friend’ to help him out -with comically disasterous results when they visit the ‘spring show’ in Dublin. Despite the comedy moments and The Chastitute is viewed as a very very funny play, Keane’s work has many a serious message about life for rural farmers particularly those who are unmarried.

It sounds to me like there are many parallels between Keane’s works and Pilgrim Hill – mainly the caring for an aged parent, the isolation, the tie to the land, the desperation. While both seem to have funny moments, both are poignant and sad and a stark reminder that if this reflects life for many farmers, is it a good thing?