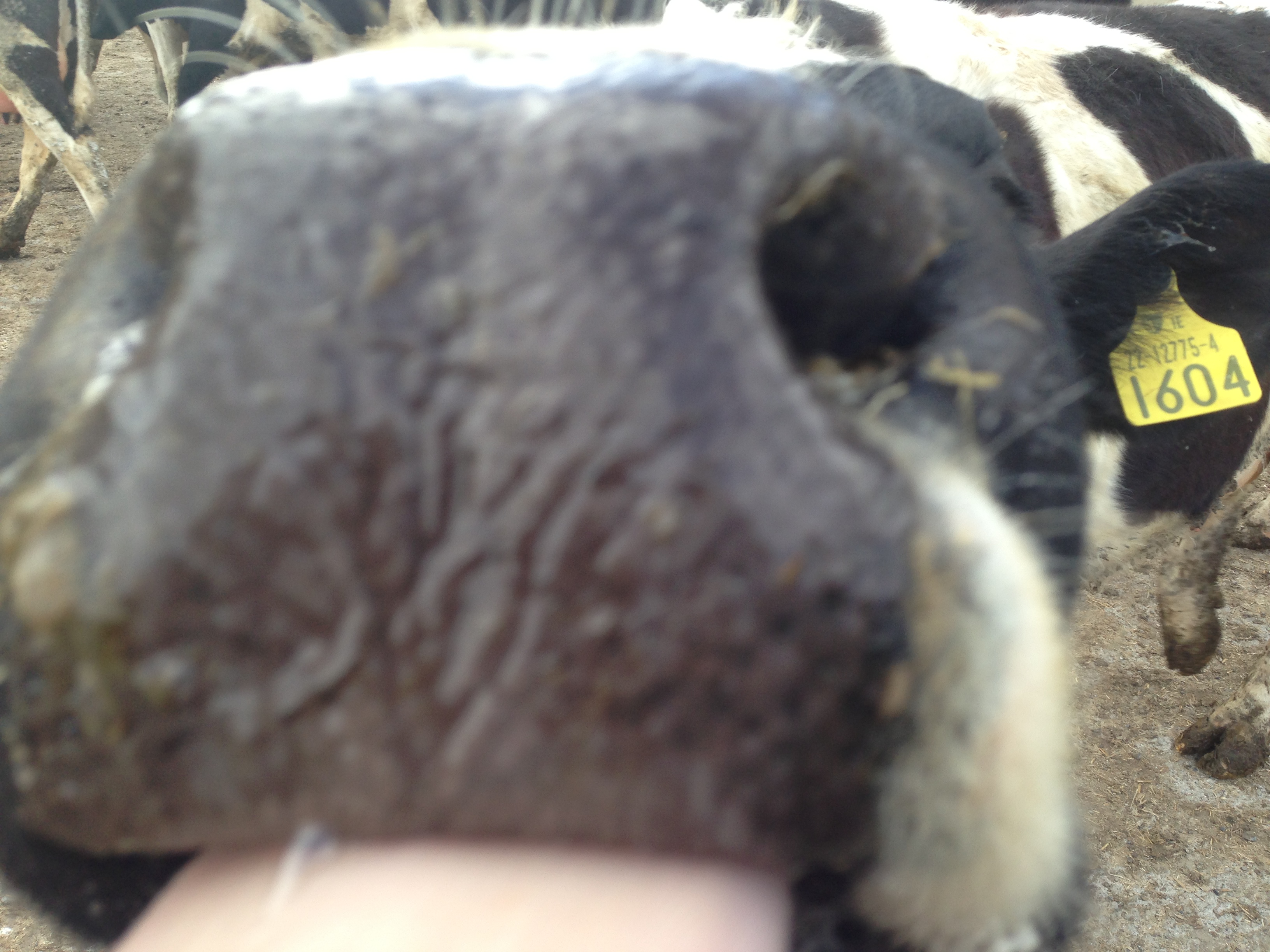 It was our annual tuberculosis test today and everything went along swimmingly thank goodness as it is a real pain if there is even one animal is ‘doubtful’. If a single animal is found to have TB, your herd is ‘locked up’ which means a farmer can’t sell animals to another farmer during a defined time frame. That animal would be tested again within 2 months and if clear, then the herd is okay but if it has got TB, then the whole herd is ‘locked up’ until there are two clear tests.

We sell about 60 heifers and cows each spring in the mart or privately to other farmers so if we were ‘locked up’, it would be pretty serious for our cashflow and stocking situation.

Testing the cows, calves and heifers is pretty straightforward. However getting the bulls in can be a bit more arduous as you always need to be mindful of how far you are from the electric wire or the gate in case one of them decide to come a bit too close. ?The bulls are all about 17 months old and will be going to the factory in 4-7 months time.

I didn’t get to take too many photographs but managed a couple of rather haphazard Vine videos.

And yes, even when bringing in bulls, a farmer’s helper can never manage to stand in the right place. I got orders to stand ‘there’ so they wouldn’t go down near the trees but when six of them came jogging out of the field and down towards me, they ignored my waving stick and jogged down about 10 feet from me, ran around me and then up again! The panicky blurry bit in the Vine above was when they were circling around me!!

Bulls in shed ready for testing – listen to one roar! https://t.co/ISC4F8s7GV

But never worry, when bringing in bulls, you know your farmer husband always has your best interests and safety uppermost in his mind.

Take this sprong instead of a stick, you might need it!

That wire isn’t on, just in case you need to jump over it (trying to reassure me in case I’m worried about getting an electric shock but then the bull wouldn’t get a shock either if he did chase me!)

Bulls in shed ready for testing – listen to one roar! https://t.co/ISC4F8s7GV

This lot weren’t too happy about being taken out of the field and were headbutting each other at the back of the shed and roaring at each other! ?It’s hard to believe that these were tiny calves not that long ago.

Reading the bull’s neck to make sure he hasn’t got TB https://t.co/uiRZLu4WPZ

The vine above is when the vet checks the neck of each animal – 3 days ago each animal was injected with 2 injections – one would be the test one which brings up a small lump, the other only brings up a lump if the animal has TB and if it is over a certain size, then the animal is either ‘doubtful’ or has TB and then action has to be taken.

All done for another year!

In other news, the Fundit crowdfunding campaign for my upcoming self published book is going well. 30 people have pre-ordered copies so far. If you would like to purchase a copy for yourself or for a gift for a friend for Xmas, I’d love if you pre-ordered it and hey, you’ll be extra organised for ?Christmas :)?