I’m busy writing my second book at the moment with a predicted launch date of 10th September. Yes, I’m organised – I’ve even written up my timetable in terms of getting it to the editor, getting illustrations back, getting it to the formattor, to the printers etc – there’s just the tiny task of finishing the writing first! I’m thinking that I need to book myself into a writing retreat for a fortnight – well, a girl can dream I guess.

I’ve had a number of people asking me if I am going to crowdfund again, if I’m going to look for a traditional publisher or if I’m going to self-publish again. When I first self-published, I knew so little. Not only was it a steep learning curve but I look back and think to myself that I was jolly lucky the way it all worked out so well.

I’ve decided to self-publish again rather than spend a lot of time looking for a publisher. There’s many reasons for this which I’ll list below but the main one is I like self-publishing. Yes, it is hassle at times but I like being in charge even if it feels like I’m muddling along at times. Of course, if publishers were knocking on my door, I’d probably be very flattered and would be going for that option instead. If Ryan Tubridy interviews me again, that’s all the kudos I need. 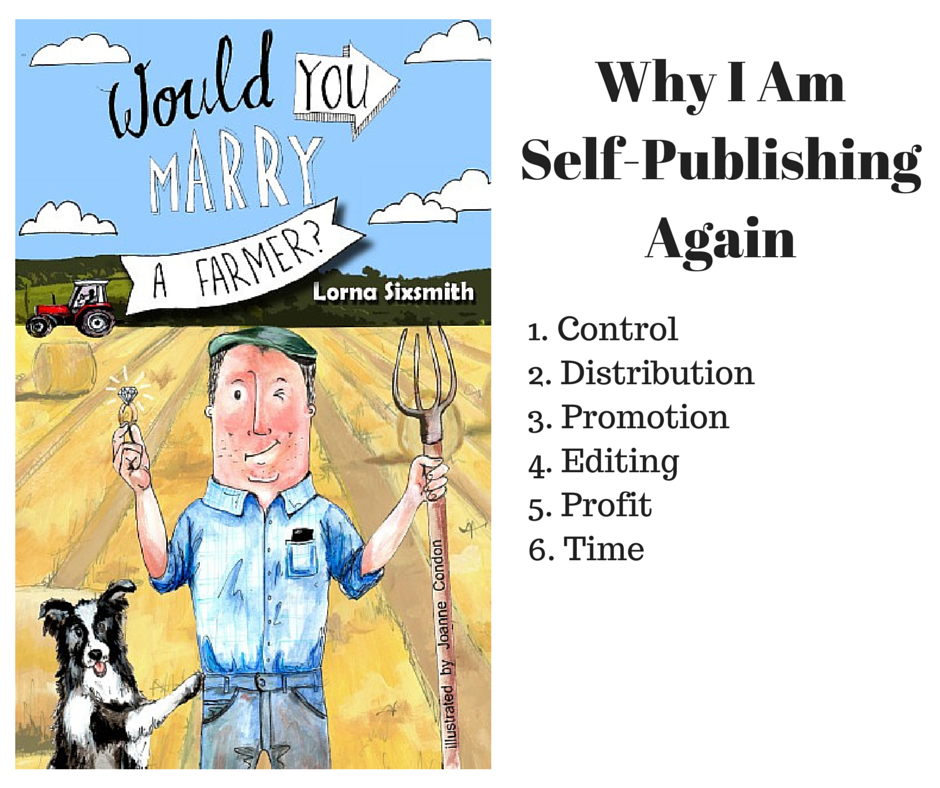 I admit – I did toy with the idea of looking for a publisher. The reason for this was mainly that I was conscious my first book ‘Would You Marry A Farmer?’ was written for an Irish audience and I was intrigued to see what suggestions an editor might make in terms of making it more suitable for an international audience. However, it’s been reviewed by some UK reviewers now and they seem fine with it so that reason is gone. Although I was happy with the first book, I’m conscious that it would be nice to be able to make some changes too and hey, going with a traditional publisher would give me that opportunity. The publishers would also deal with all the hassle of distributing the book too and just send me some money every six months or so – bear in mind that I’m not the best with paperwork so this was highly attractive.

There are lots of advantages of having a publisher – from them buying space in bookshops to promote your book, helping you with promotion, taking care of the distribution, organising the printing and the pricing. There’s no doubt about it, having a publisher has many advantages but so does self-publishing.

I worked hard at getting a publisher. I contacted two agents and two publishers! And then I thought to myself – I want to get this book out in September, if I’m spending time sending applications to publishers and agents, I’ll never get the book written. In addition, if I get a publisher it will take at least another year in all likelihood and I tend to be impatient. It’s nearly two years since my last one came out after all. So here’s why I’m self-publishing again.

I do like keeping control of my own book, of its design, the editing, the illustrations, the pricing, the length of time it stays in print. ?If my book has a dip in sales, I’m in control of whether I run a promotion whereas a publisher might let it go out-of-print or sell it for ?3 a copy on those bargain basement shelves. I also know how sales are going from month to month rather than having to wait six months to see the royalty cheque.

Yes, it would be handy to have someone else taking care of it but to be honest, it’s not bad. I have two wholesalers in Ireland taking it so it is just a case of sorting out invoices and statements for them as well as sending them the books. I have it up on CreateSpace and IngramSparks now too for worldwide distribution so we will see how that goes.

Okay, some publishers will help you promote your book but apparently, many don’t so you might as well do it yourself anyway. All authors really have to get out there and promote their own works now and it’s something I enjoy doing. Even though my book has been out almost eighteen months, I’m still getting some press coverage with it. In the last couple of weeks, I’ve been featured in Horse and Countryside, interviewed on a Cornish radio station and had the book featured in Ireland’s Own. 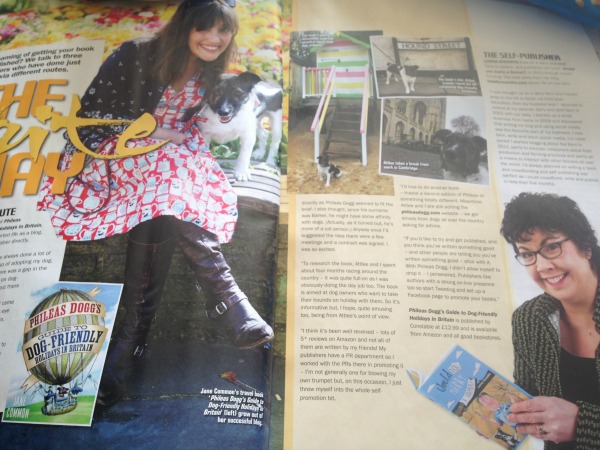 Interestingly, I’ve just read a post which surveyed over 400 traditionally published authors and the results show that almost 50% of authors felt the marketing and promoting of their book was poor and 60% felt that their publisher didn’t attempt to involve them in discussion regarding the marketing. I have to admit I would see it as being team work, as the authors working with the PR departments.

Of course I will be using an editor – not only to find typos but to hear her valued opinion too. However, at the end of the day, what stays in or gets removed is my decision – for better or worse!

Of course, it might be possible to sell more with a publisher but I’ve found that very few people realise it is self published. It’s in all the bookshops in Ireland (or if not on the shelf, it can be ordered). It’s now available internationally via CreateSpace and IngramSparks too. I get around ?3 per copy when selling via CreateSpace and bookshops. Apparently, it averages around ?1 per copy if selling with a publisher.

By this I mean the amount of time it takes to apply to agents and publishers, it can take hours! Time when I could be writing the darn thing and getting it out there in front of readers. The one thing I would love about having a traditional publishing contract is the deadline as I’m the type of person who can do anything as long as I have a deadline but seem to get tied up with other things if I don’t. Therefore, it’s a case of creating your own deadlines and adhering to them.

Now, if a publisher was to come along and make me an offer, of course I would consider it! But having said that, I do love having control and independence over my own product.

Oh, and I’m not going to crowdfund again. Although the financial boost was fantastic and gave me a huge confidence lift, my other reasons for crowdfunding were to test the market and to provide me with a much-needed deadline so I’d stop procrastinating and get the thing written. While there will be expenses for editing, illustrating, formatting and printing, plus altering the website I would hope to recoup that within a couple of months of the publishing date.

Now, there’s just the small matter of a book to write. There’s about 60,000 words in draft but it all needs serious sort out over the next couple of weeks before I show it to anyone! At the moment, it feels a bit like I just scattered words and they all came together very haphazardly on the page but I’m sure it will come together. Oh, for that writing retreat …..

I’m going to be sending out my first newsletter next week with plans to send it once a month so if you’d like to subscribe, fire away 🙂

12 thoughts on “Why I Am Self-Publishing Again”