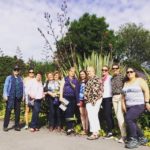 I went to the Royal Welsh Show for the first time on Monday. I’ve been to a couple of shows in the UK before: the Bath and West show many years ago when we lived over there, the Nantwich show about three years ago but this time I went with other women from the SE women in farming group and we went to see a few other things as well.

We travelled over by ferry which I was a bit apprehensive about. One of the advantages of moving back to Ireland, as far as I was concerned, was that I’d never have to travel on that ferry again and here I was, signing up to travel on it twice in three days. We were blessed with the weather though and both crossings were so smooth I didn’t even feel queasy.

We first visited Kate Beavan’s farm and country school. Kate and Jim became well known when they were the first to be televised for Lambing Live on BBC in 2009. As well as running a sheep and beef farm, they offer a number of courses which include cider making, sheep shearing, lambing matters and more. As well as having a tour, and taking part in a “guess the poo” game, we got to eat lots of welsh cakes and sausage rolls, drink very tasty cider and hear all about the Beavan story as Welsh farmers diversifying within the current climate. In many ways, the Beavans have diversified for years, Jim’s mother running a B&B for 35 years, but they are doing even more since 2009. The 17th century barn, which is used for teaching as well as lambing in the spring, was beautiful. 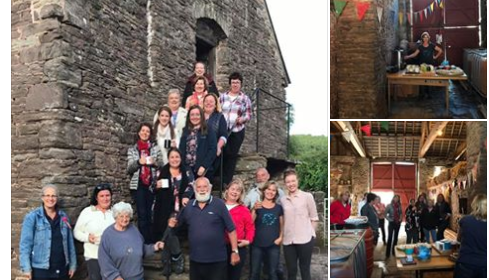 If you’d like to hear more about Kate, do listen to her interview on the Rock and Roll farming podcast with Will Evans, it will really give you a flavour of her personality and farm.

We arrived at the Royal Welsh Show bright and early on a fabulously sunny morning. There was so much I loved about this show, I wished we could go back for a second day. 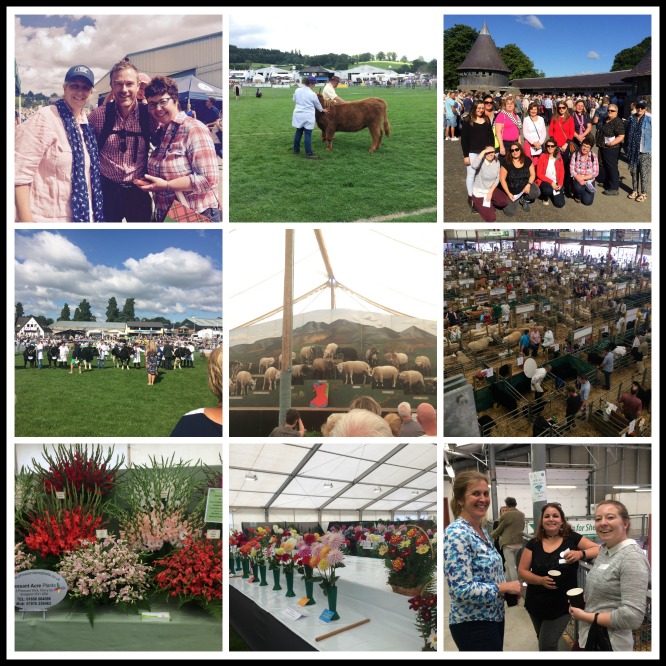 So what made it so great? Here’s a list:

Of course we all had to go and see the sexy Frenchman Lorenzo galloping around on his horses @royalwelshshow pic.twitter.com/UprVn0eYeE

It was back to the hotel for a meal and lots of chat afterwards. We all sat in the bar afterwards telling farm stories with much raucous laughter.

We visited the Botanic Gardens the next morning. As I wandered around the lakes and the main buildings, the emotions I experienced when there before came back. In 2013, I had been there for a conference and first heard about crowd funding. 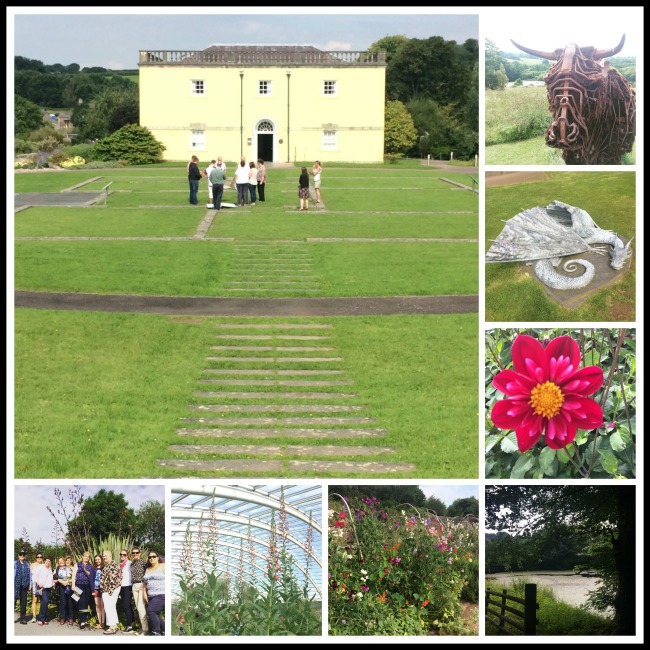 I remember sitting in the sunshine chatting to James Moxey about it, filled with excitement and apprehension. I have to admit it gave me a good feeling knowing the crowdfunding had worked and I now have 3 books out there.

I visited one building I hadn’t seen before – the apothecary hall. I love collecting old bottles so enjoyed seeing all the green and blue bottles. It was interesting to see a packet of buscopan, eczema ointment (wonder if it was any good) and smelling salts amongst many others. 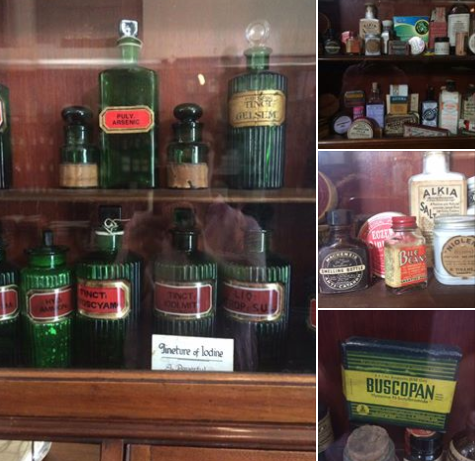 And then it was to the ferry and home. We had such a great time, we’re already intending to go back next year – and this time we’ll be spending two days at the show! 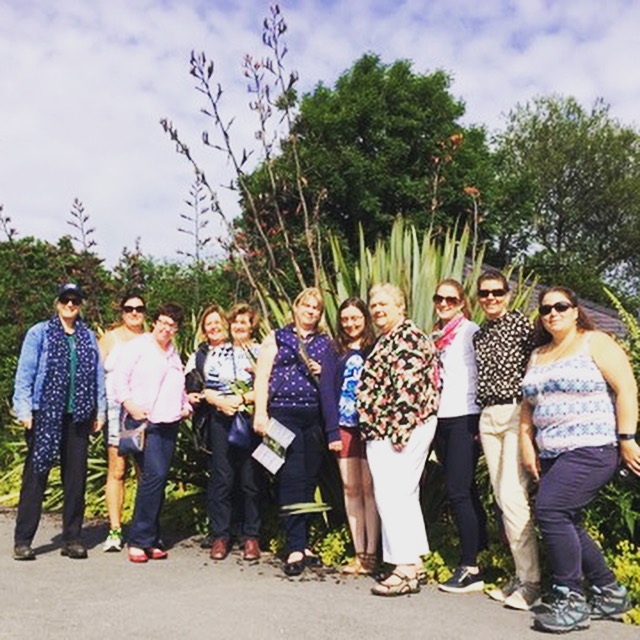 Our next SE Women in Farming meeting is on 5th September when Suzanna Crampton will be sharing her tips on how to use social media to promote your business.  We started the group last November if I remember correctly, launching in January, and holding a meeting every 5 or 6 weeks. In a way, we’re following the example of the “women in business” groups set up and funded by the county LEOs, which were set up following research that women setting up their own businesses benefited from training, networking and mentoring and a much higher percentage of businesses flourished as a result. Our aims include enabling women to share knowledge, network, learn, and grow in confidence. We did that in abundance last week and had a great time too. We will have a website live soon but for now, do follow us on Facebook and Twitter to find out what is going on.