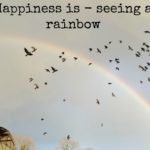 My blogging has been a bit erratic of late. I think of plenty of topics to write about, I have a list of titles and subjects, I’ve been meaning to tell you all about the “milk powder plot” for months. I’ve had good intentions to send out a newsletter for weeks. You know – you tell people you won’t bombard them with newsletters, no more than one a month on average but I reckon it could be six months since I sent the last one – it was either pre-calving or pre-Christmas. A bit like my hall and landing – I painted the landing in early February, got as far as the bottom of the stairs but still have to do the hall. It’s the same colour but downstairs is crying out for attention whereas upstairs is already showing up the occasional scuff mark on the otherwise perfect paintwork. 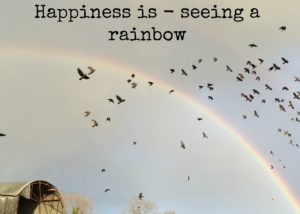 This week it wasn’t a shortage of time that stopped me. I have a “can’t do anything about it” excuse for my lack of blogging. The website went down last Friday. I logged straight into Blacknight to investigate and discovered my hosting had just expired. My cards on the system had expired and somehow, I had missed the emails. I paid immediately. “It’ll probably take up to 48 hours” a friend told me so I decided not to panic until Monday. Surely my hosting will still be okay.

There wasn’t any joy on Monday so I contacted Blacknight. After some investigation, it appears there was a problem with the updating of a plug-in. Remembering my web developer’s advice to update my plugins frequently, I had updated all of them one day last week. Blacknight were planning to migrate my site over to some other system anyway so they said they’d speed it up. I just had to reply to the email they were sending me. Sounds easy doesn’t it? 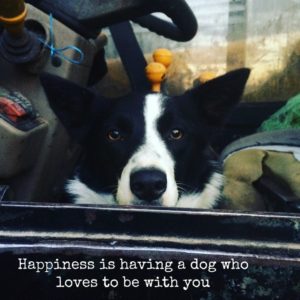 The email asked me to confirm that I had backed up my website. I couldn’t get into the back end. I contacted my web developer. She couldn’t either and advised me to ask Blacknight if they could do it. They could, I just had to sign up for backups to happen regularly, it cost €30 for the year, I was a happy bunny as it really is something I should have been doing anyway.

The migration took a couple of days. I wasn’t in a mad panic, realistically I didn’t have time to blog. Kate and I been decorating a house that we rent out. The tenants moved out after six years so it needed a total repaint – walls, woodwork, ceilings. This week saw two days tied up with the TB test. Yesterday was a beautifully hot day and evening. After a day of painting indoors, I found myself gardening until 9:30, planting out the dahlias and lupins that I potted up months ago. I’ve been editing my first draft of the “Celbridge book” as I want to send it to a couple of people before I head to Wales for a few days and before visitors arrive. I also wanted to write 3000 words of the novel I’ve started and guess how that went. There just aren’t enough hours in the week or else I’m sleeping for way too many hours. 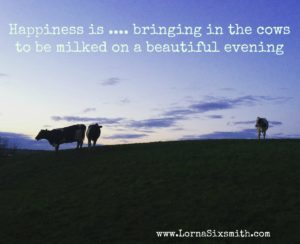 The website is back on air, online, visible. Tomorrow I’ve to get my hair cut, drop keys and paperwork to the estate agents and go to a book launch in Arklow. I’m at the stage when I can scarcely go out in public as my hair is so top heavy it’s starting to resemble something from the 80s. Not to mention that when Brian said to me the other day that I’d a lot of grey hairs at the side of my head, I simply shrugged and accepted increasing old age but then discovered it was white eggshell paint. However, I do need a colour!

I should paint the hall on Saturday (rooms are so much easier to get on and decorate when they are empty by the way!) but maybe, just maybe, I’ll sit down at the laptop and tell you about that “milk powder plot” or I’ll try and write 3000 words! We should also raise a drink to farming as it’s 15 years on Saturday since we came back to live in Ireland. Time flies when you’re having fun I guess! 😉

Happiness is all of the things above – but it also happens with the broadband is working with a reasonable speed and your website is back online. I didn’t overly miss it when it was gone but it’s lovely to have it back, like an old friend, there when I feel like writing but not putting pressure on me. Yes, it is definitely the little things that make me happy.