Living beside a derelict castle means that we occasionally have visitors from abroad calling, who have traced their roots to our area and are wondering if we can help them fill in the gaps.

A lady recently called and between Brian and I (and the recent research we had done for the local church Mayo 200 book) we managed to establish some information from her. Her greatgrandaunt was a Wilson and she thought she had been born at Garrendenny Castle circa 1830 as it was listed as the place of birth. We were confused initially as we knew it was inhabited by Garrett Butler (post on this family coming up soon) at that time. 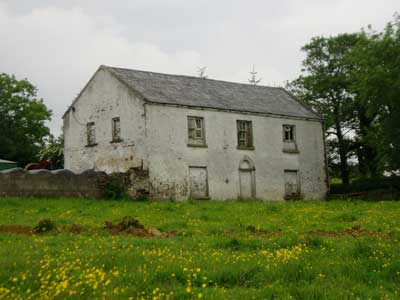 We eventually worked out that it must have been the Wilsons who emigrated to Canada. Jacob and Elizabeth Wilson had farmed at Garrendenny, purchasing part of the farm (42 acres) from the Warrens in 1904 (around the same time as Herbert Sixsmith buying Garrendenny). Jacob died in 1920 leaving his wife and about 8 children. The eldest girl had married nearby James Neale in 1912 and they both moved towards Tullow. Elizabeth moved to Canada with all the other children in 1923, it must have been such a big decision for them all at that time. The farm was sold to a Patrick Murphy then. When I was a child, it was owned by a bachelor Jim Bolger. Some of it was purchased by Hubert Kerr around 1981, he sold some to Coillte and we purchased the remaining 64 acres in 2005. 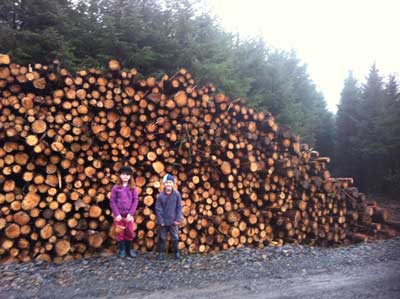 Managed forests in part of the original Wilson farm

Back to the Wilsons, we managed to work out that Jacob Wilson’s parents and grandparents had probably been tenants of Garrendenny and bought some land as opportunity presented itself, buying the 42 acres when the Warrens sold up in 1904 (Warrens had bought Garrendenny from the Butlers). So this lady’s great grand aunt had most likely been born in the house above. As you can see, it was a fine farmhouse in its day. The walls are still sturdy, it is bare inside and someday we hope to restore it. 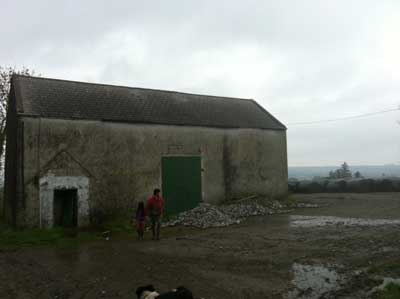 Rear of the house now

Its only disadvantage (in some ways an advantage) is that it is very isolated now as Garrendenny Lane is little more than a dirt track now. It would once have been a relatively busy thoroughfare linking the townlands of Kilgorey and Mayo, providing the route for many to Mass and to school and serving as a shortcut. It had a number of houses along it too, whereas all are derelict or removed now. The field in front of the house is still called the ‘Hall field’. I wonder if it once had a fine garden. If only walls could talk 😉

4 thoughts on “Wilsons at Garrendenny Lane”