228,000 people ?visited the Ploughing Championships over the 3 day event this week. The last time it was held in Ratheniska in Co. Laois was 1943, it was a one day event, 6,000 people visited and there wasn’t much besides the ploughing. ?Nowadays the ploughing, while significant, isn’t visited by many of the attendees. People go for the day out, the craic with friends, to meet people, to see what is new, to do some shopping, to see the latest machinery. ?Apparently 6 out of 10 people go every year and many will make it their annual holiday and stay over for the few days. Almost 100,000 people visited on the middle day and the main thoroughfares were as crowded as Oxford Street at Christmas. People were in amicable form, didn’t seem hassled by the crowds. Everyone was enjoying the good weather, the displays, the stands, the livestock, the ploughing and the camaraderie.

Teaching Social Media at the Ploughing 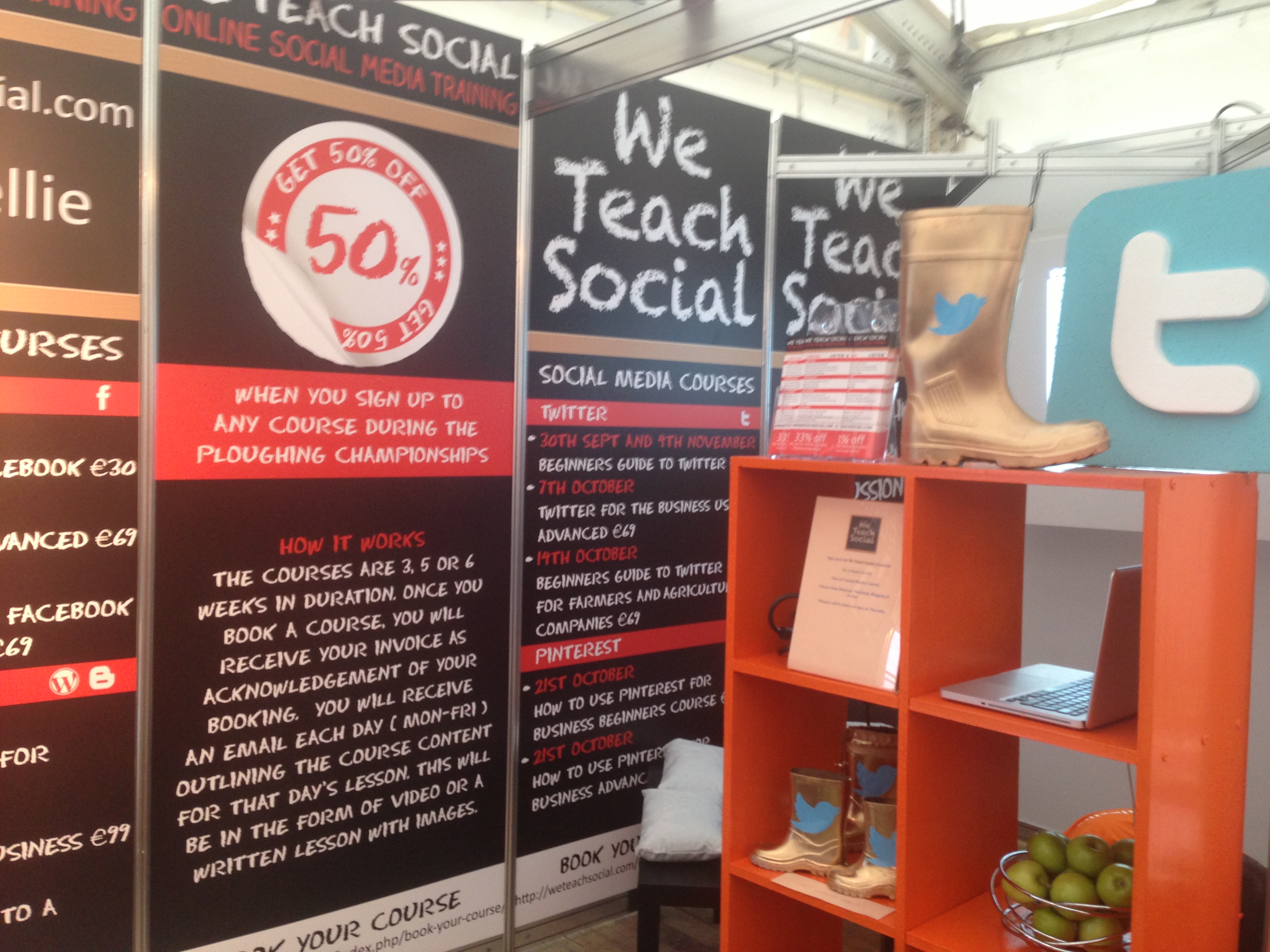 I did a stand at it this year, with my business partner Amanda Webb, for our relatively new joint business, We Teach Social, where we teach social media online. People can take a social media course from the comfort of their own home and become proficient in twitter, pinterest, blogging and facebook in a matter of weeks. Our USP is we give feedback as once a week, participants can submit a mini assignment or a link to their progress so far and we provide feedback on their activity. 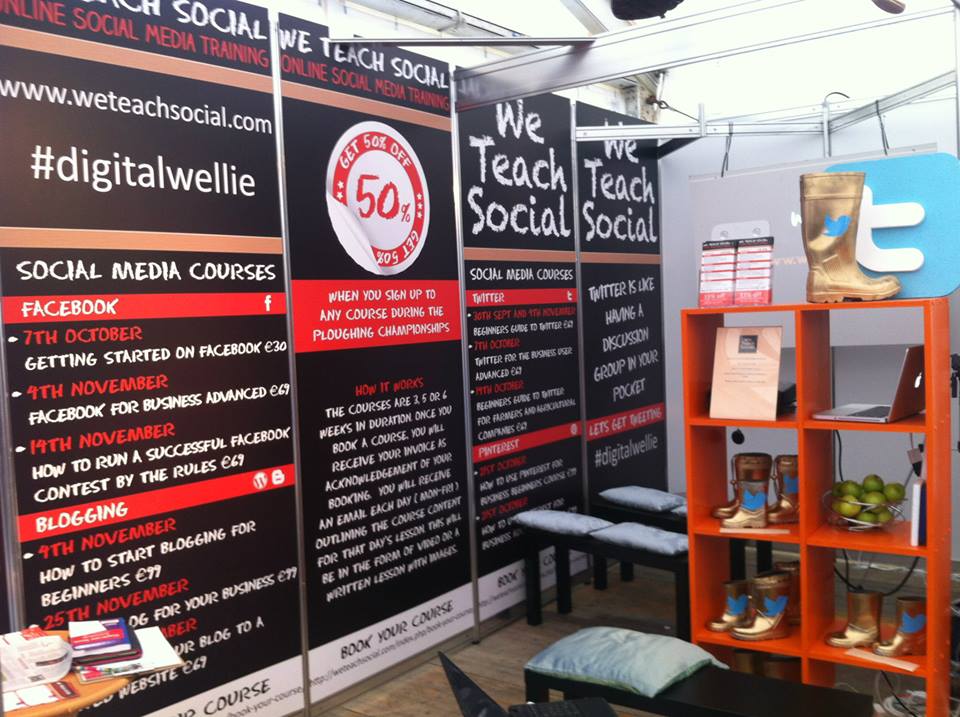 Our gold #digitalwellies went down well too

It was great to have farmers and others coming up to us to find out more about how to use social media. We did free 15 minutes talks on each platform on the hour to small groups and did one to one advice sessions too. A number of people signed up for our courses this autumn and we got some nice PR from it too – in the Irish Farming Independent and the Daily Mail in print. 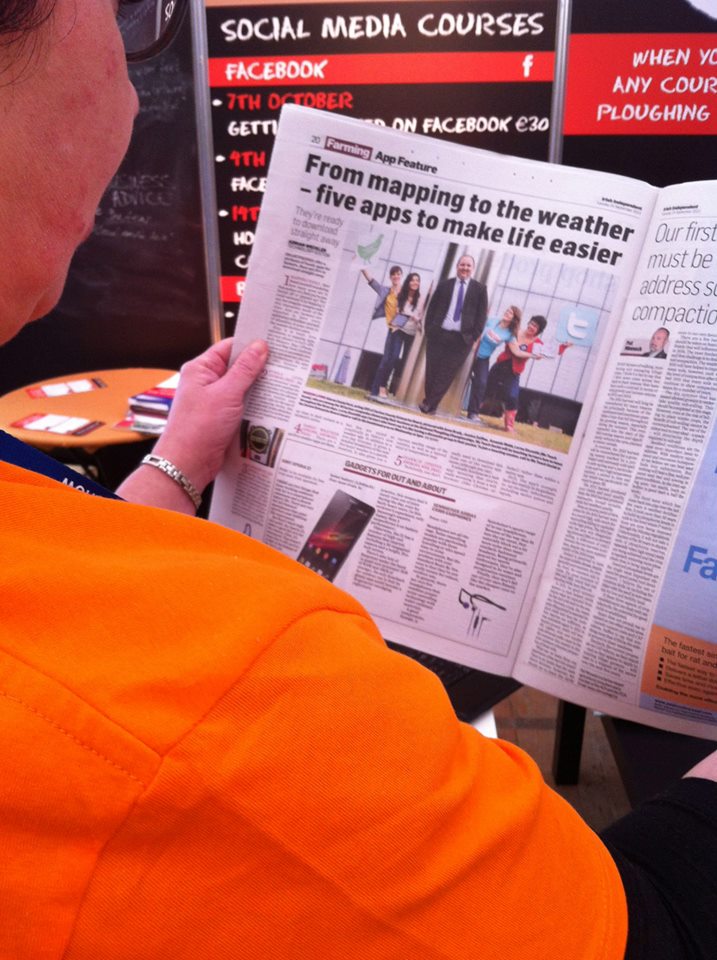 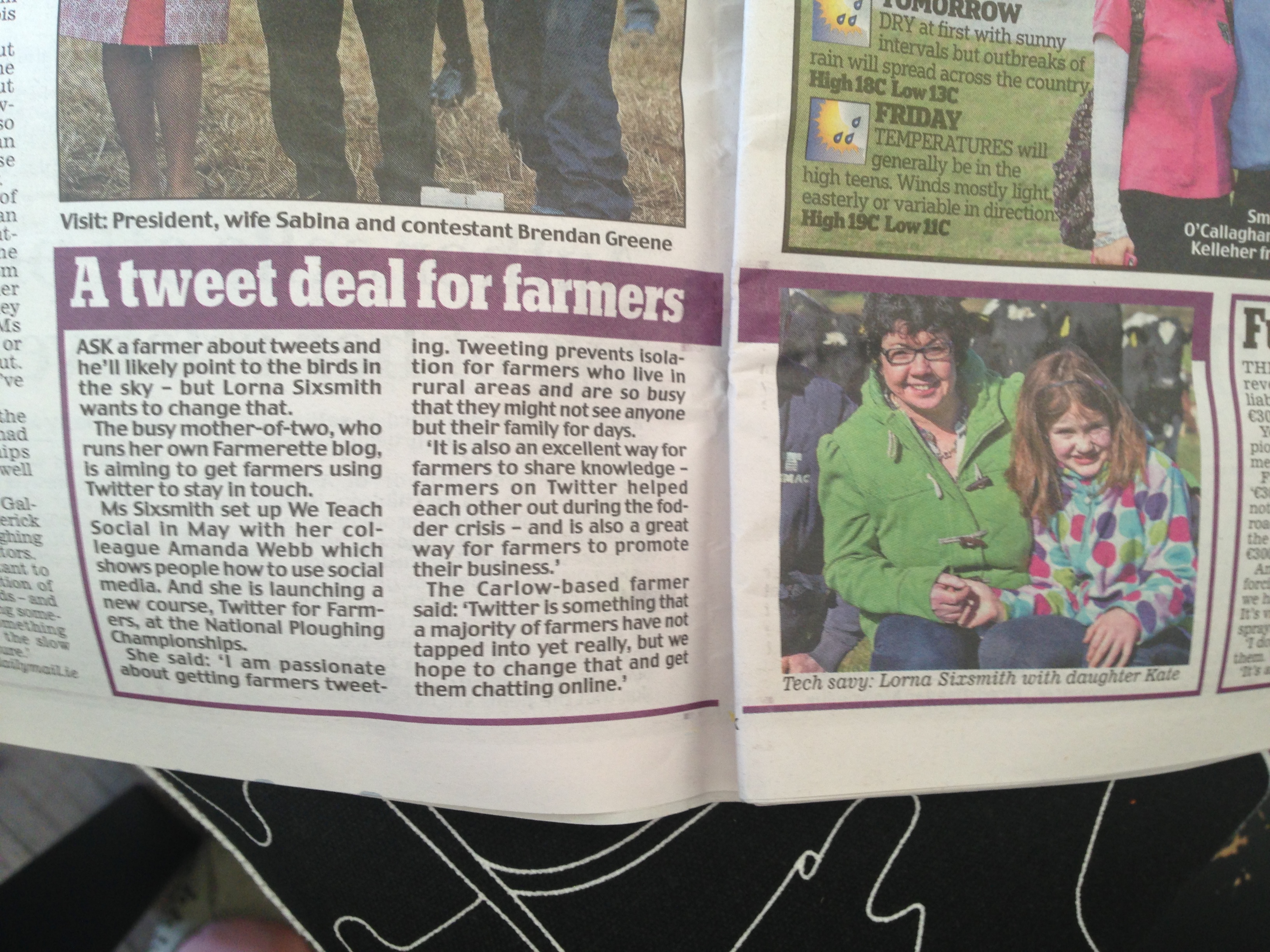 I was delighted to be interviewed by Hector on 2FM on the first day – lots of banter about the book! ?It did make me wish I’d thought of the book earlier and had it out for the Ploughing but there’s always next year. It was great to get some pre-publicity. I was also interviewed by Midlands Radio about women in agriculture and also by BBC worldwide although that won’t go out until next week.

Toilets are hugely important at shows. It’s one thing you really don’t want to think about when it comes to portaloos. We had a portaloo for the Experience Carlow tent which was just for use by the exhibitors but when we found the Harpic loos on the first day, we used to head over there instead. Harpic (toilet cleaner products) installed lots of normal loos in cubicles with proper flushes, proper sinks, soap, hot water and paper towels. The staff kept them spotless. ?I couldn’t believe that Harpic weren’t on twitter. It was a brilliant marketing strategy by them but they could have made more of it by tweeting with the #ploughing hashtag.

Food at the Ploughing 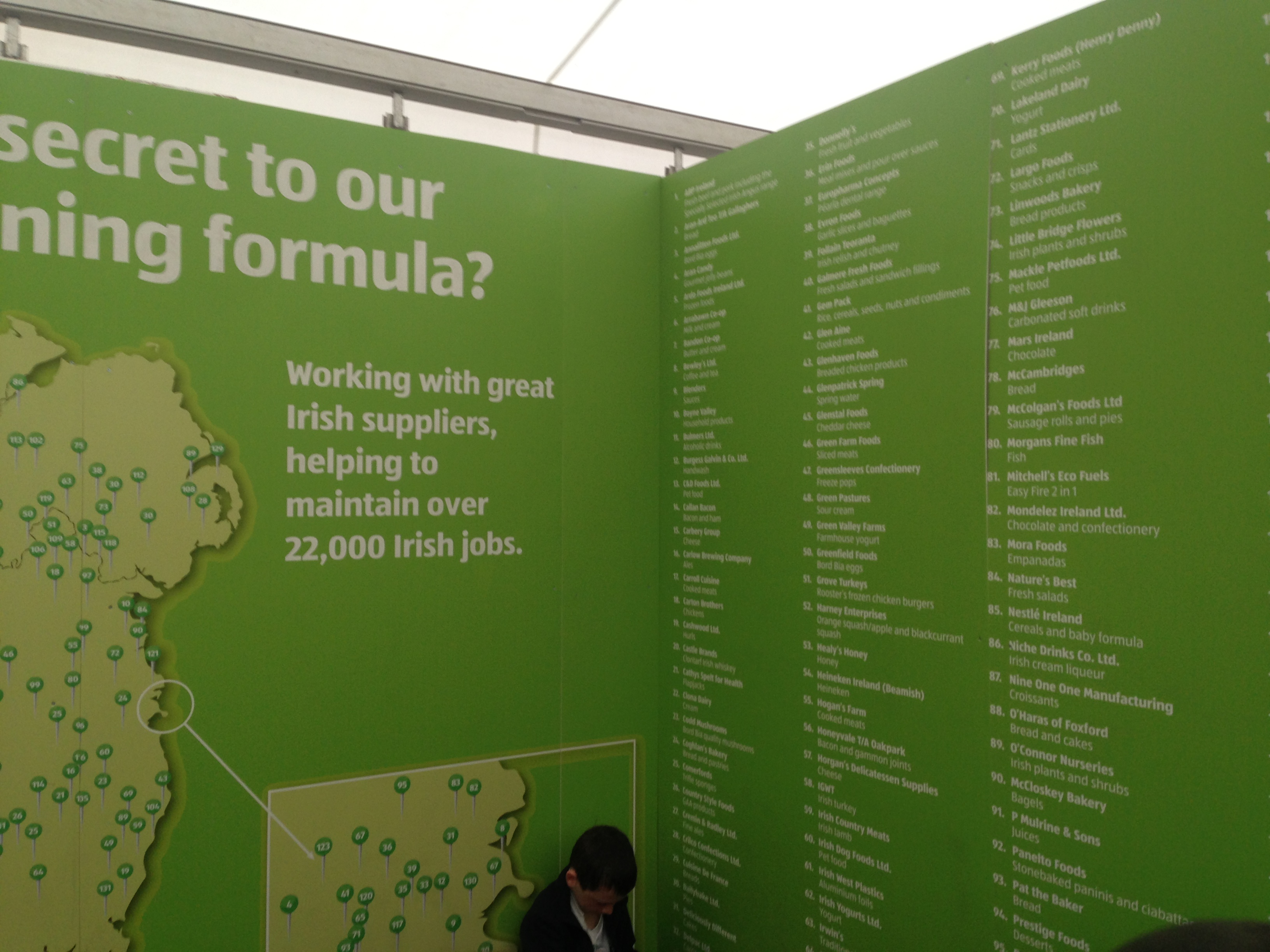 I was really impressed by the Aldi tent, it was huge and they were really focusing on all their Irish producers, listing each one and giving each producer a little booth. Apparently the producers weren’t paid by Aldi though to stand there for the 3 days and to give away their produce as samples (according to what I read in the Irish Farmers Journal). ?Each producer really has to build that cost into providing a supermarket with their produce. I hope Aldi paid for the whole tent and didn’t charge them for the space. Aldi Ireland aren’t on twitter either and I still haven’t received a reply from their Aldi UK account. ?Their facebook page is active but I’d have loved to have given them a proper shoutout on twitter by including their username as their tent was very impressive. However, they are using ‘like and share’ competitions on facebook which is totally against Facebook’s rules and looks really unprofessional. They are also using dubious practices to get interaction on their updates too. A pity.

Lidl boasted a tractor made of cheese which was being moulded by a ‘food is art’ creator from the UK. It certainly got them plenty of attention. 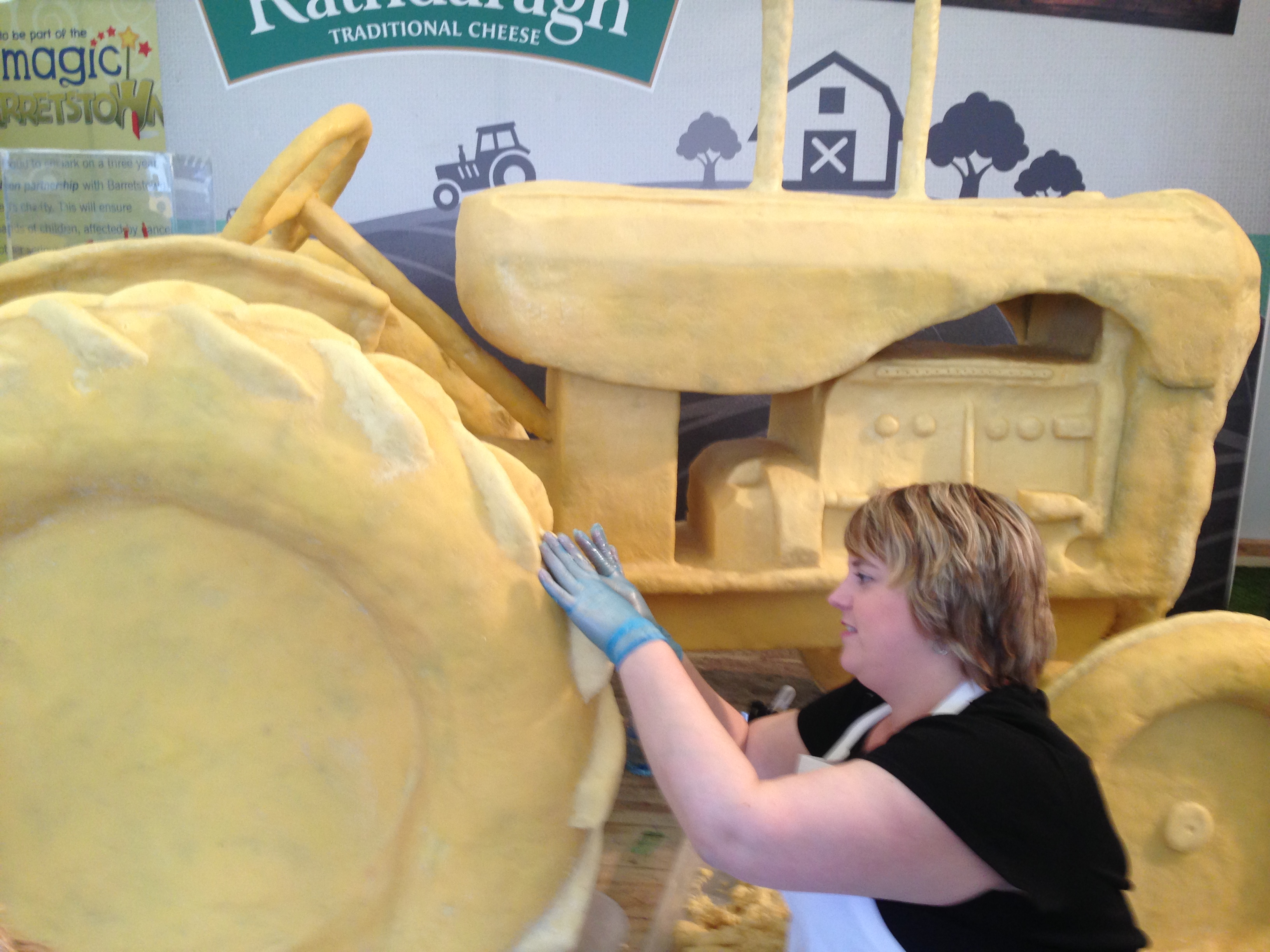 As always, much of the food at the Ploughing tends to be from burger joints, fast food. ?I do think that the Ploughing Championships organisers should do more to promote the quality of Irish food but then, many people are happy with the burgers and chips etc. ?I bought a chicken bun from Annie’s Roosts in the Leader tent and it was scrumptious – chicken from a roasted chicken (free range), relish and rocket in fresh bread – good wholesome tasty food. ?The food providers in the Leader tent were very good but the main food tent up around the E row was very mixed. I’d love to see more good food producers getting more publicity and getting more business at events like this and so would Maggie, the tweeting farmer of the week who was dismayed by the food she purchased. I was disappointed that the Limousin burger didn’t sound good, the meat producers should be ensuring that their product is tasty. However, Rumbles is providing fast food to the masses and I’m surprised that those looking for good food would consider going there for lunch. There were good food producers at the Ploughing, they didn’t necessarily have the budget to afford a prominent position but they were there.

We needed more sugar as the week went on and the energy levels started to fall. Kathy at Fab Foods kept us going with some yummy cupcakes. I liked the tractor cake toppers too by Sweet Creations 🙂 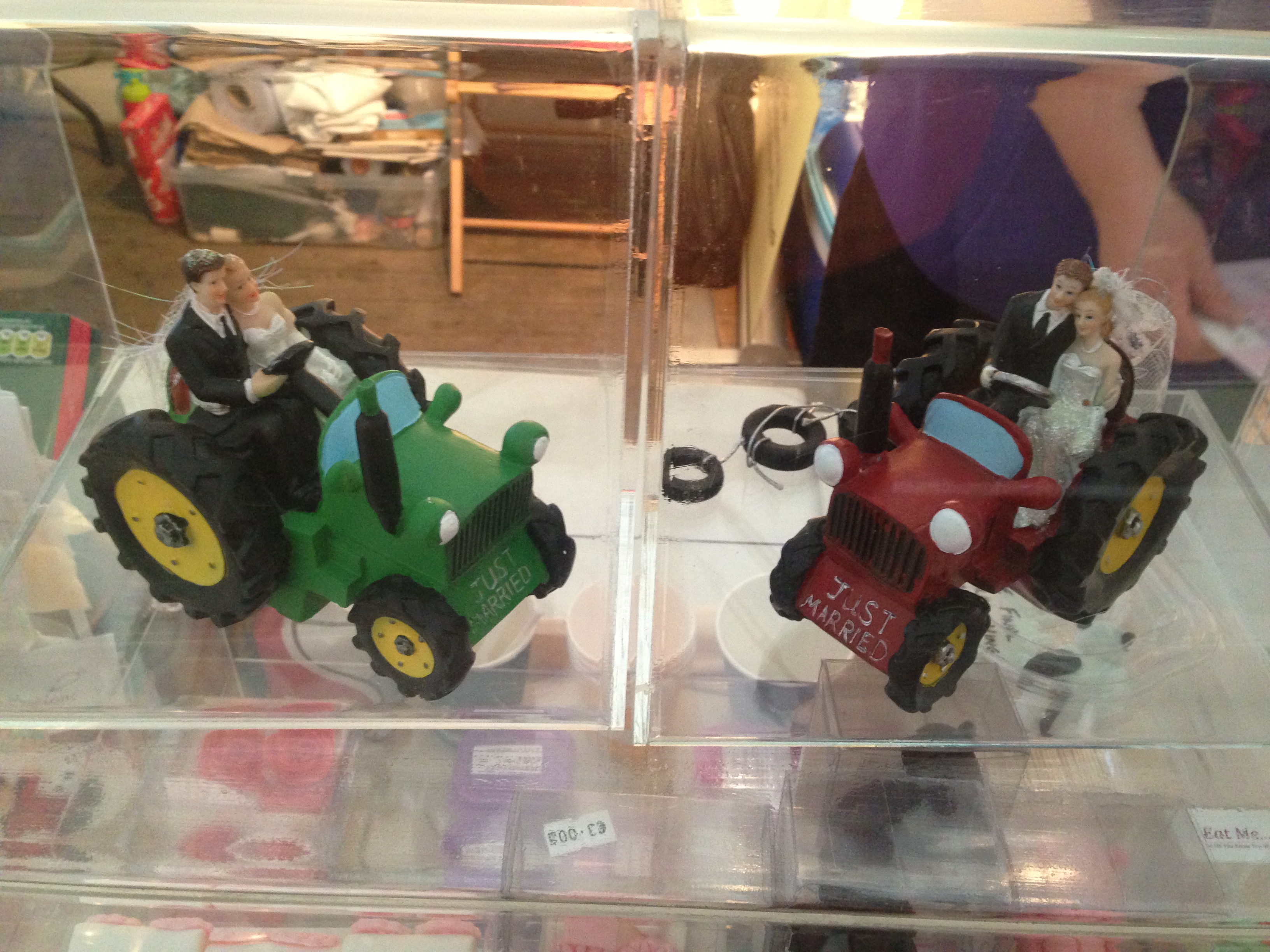 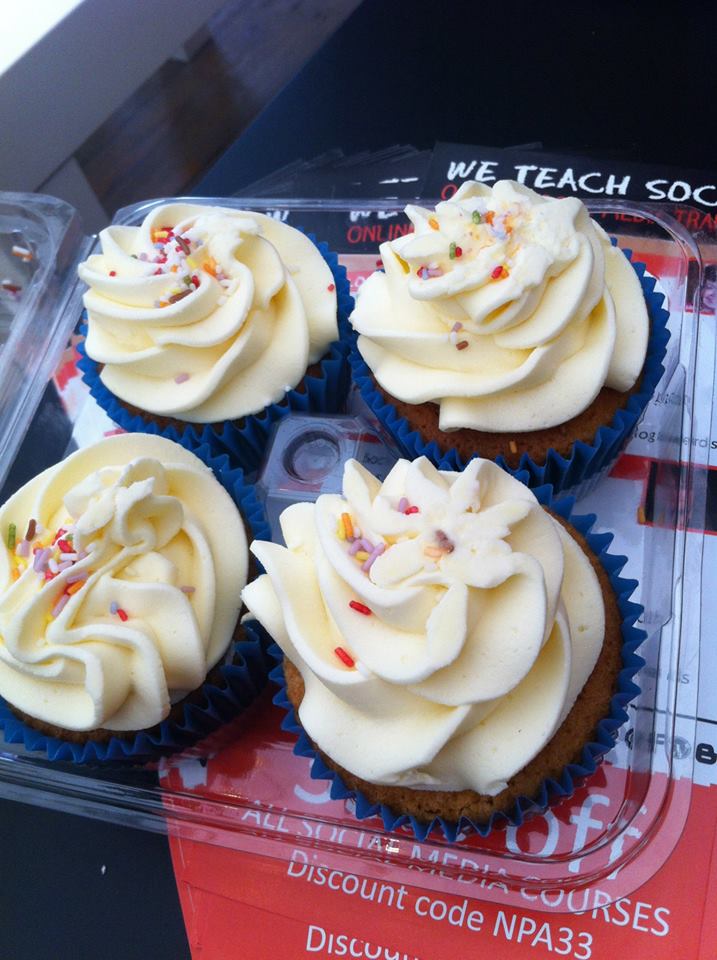 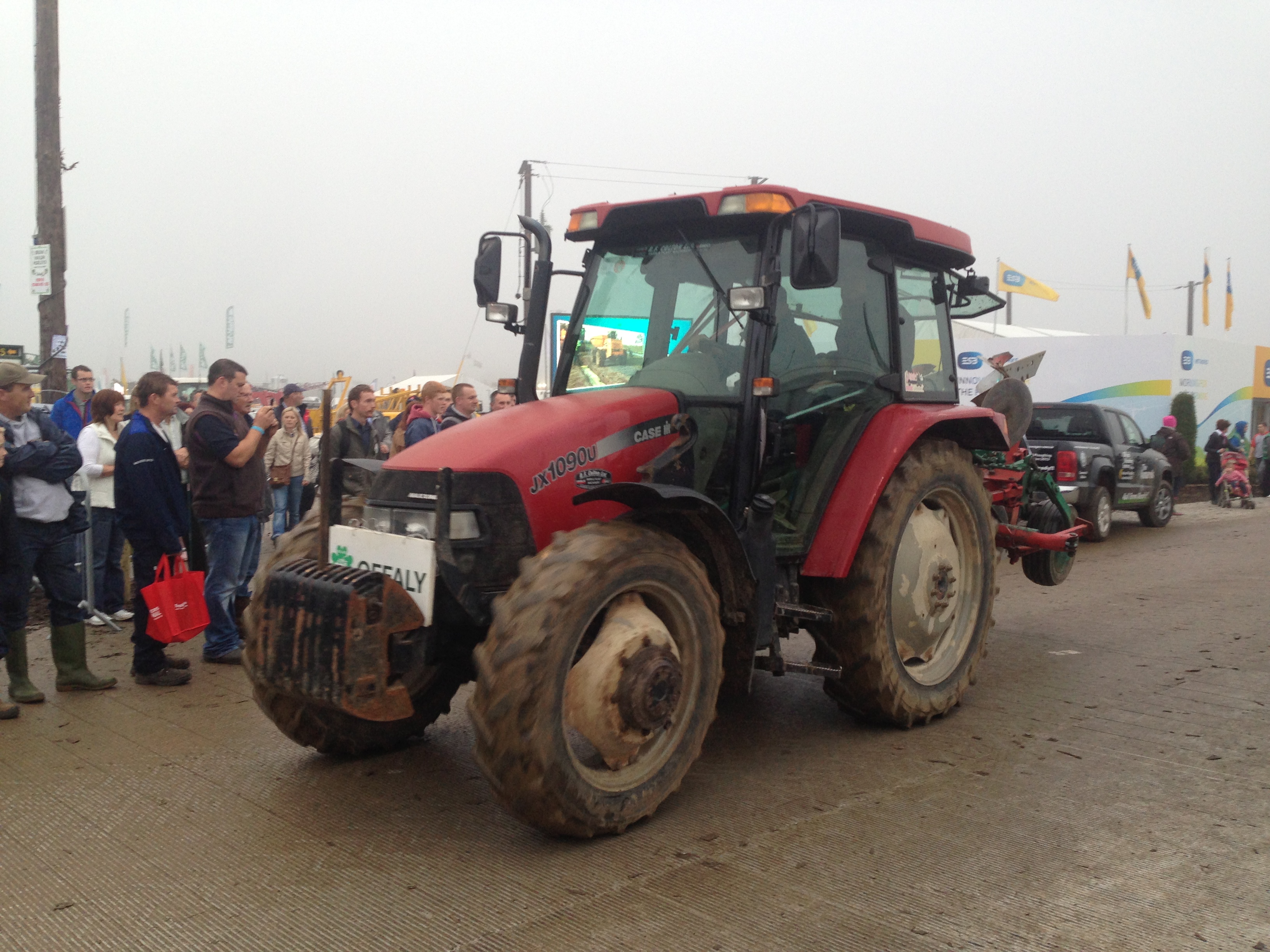 I didn’t get up to the Ploughing fields to see any of it but spotted some of the Ploughers doing a lap of honour of the field. 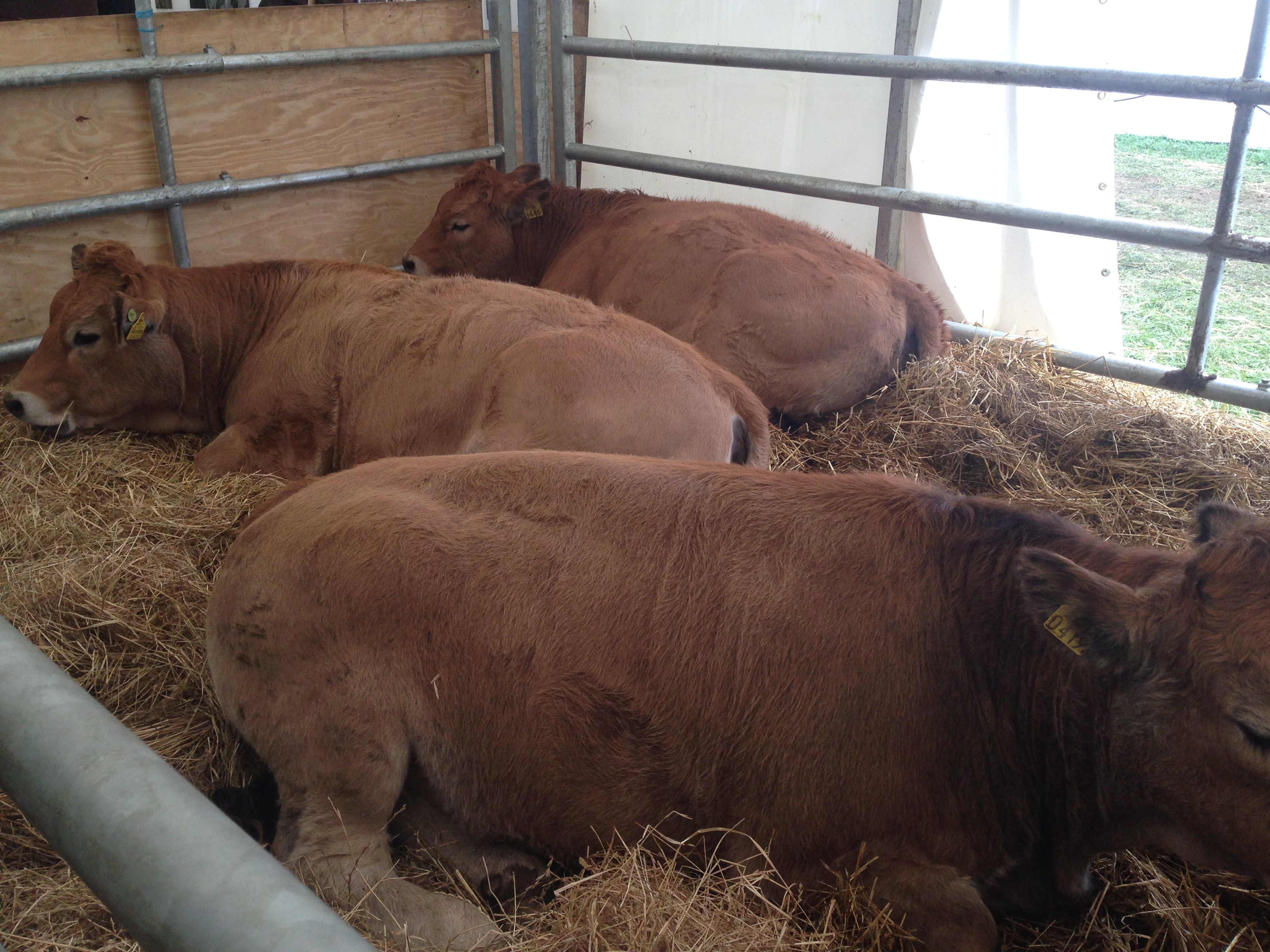 It was nice to see some of the livestock too – I love the Aubracs and the Dairy shorthorns in particular. ?I also met up with some of the Welsh Pig pedigree producers who came over to do a stand (I’d met them in Wales in May) and they thoroughly enjoyed it, found it good for business and are planning to return next year which is great to hear.

Did you make it to the Ploughing Championships this year? What did you think?

12 thoughts on “At the Ploughing Championships 2013”