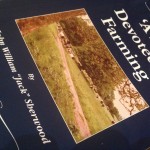 Friday night saw our ‘Rural Reading for Christmas’ event when readers of farming and rural books could meet authors and buy signed copies of the books for their own reading or Christmas gifts. We’d been interviewed on the Farming Show on KCLR Radio the night before so all the authors had met each other and had good fun already. 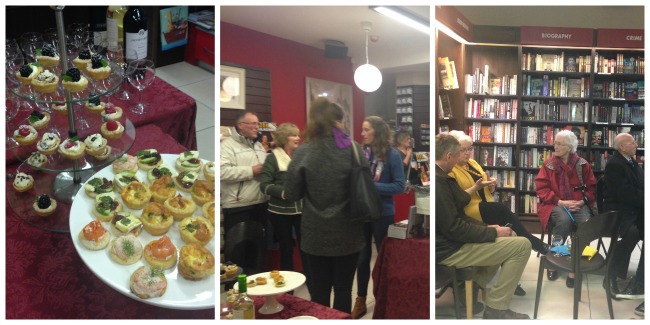 I was delighted to meet John Sherwood for the first time and bought his book A Life Devoted To Farming. John is 93 and decided some time ago to write down his farming stories so his grandchilden could enjoy them. With some encouragement, he then published it as this book. I’ve read it already, couldn’t put it down yesterday morning and I have to admit it was nice to forget about all the IFA furore and just read nice wholesome and real stories about good honest farming. John’s stories start from when his family returned to Ireland from Canada when he was 11. His tale of walking 40 sheep 29 miles home from a mart just shows the contrast between then and now, stopping at crossroads to ask people the way and no mishaps even with 40 sheep except for his grandfather arriving behind him in the pony and trap, fast asleep! 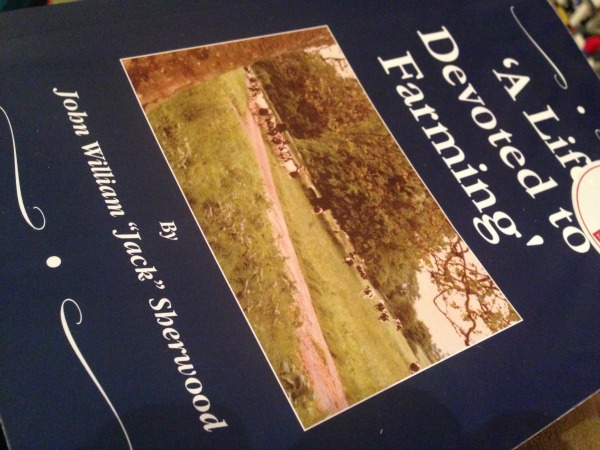 Much is often written about the Irish attachment to land, how land only comes up for sale in Ireland every 400 years on average and how it is really important to many farming fathers that their children inherit and continue to farm the same land. John bought his first 30 acres for £3,000 (aware that otherwise, as a farming son, he was unlikely to receive much of a wage and would have had to to wait many years to inherit), and as his mother was the landowner, she acted as his guarantor. He went on to buy more land, occasionally selling some to reduce loans when interest rates were high or to buy land closer to the home farm.

He seems to have had a go at almost every type of farming. Of course, most farms were mixed farms years ago with farmers having some tillage, some milch cows, some beef animals, pigs, chickens, sheep etc but he went into many on a bigger scale. He says he lost money on his piggery after 3 years but it sounds like his wife Ruby kept them solvent with her poultry enterprise during that time.

Ruby was certainly an enterprising business person too, she had five children, she had a successful poultry business and employed a woman to help her. When they moved to land with a castle, they renovated it and she ran a guesthouse for many years.

It’s clear when you meet John that he is a gentleman and if he shakes your hand on an agreement, you know you have a deal that won’t be broken. This comes through his writing and it’s clear he expects that treatment from others too. One example that amused me was with the Bank of Ireland (and the reason it amused me is because we are currently exploring moving the farm into a company and if we do, we’ll be visiting other banks as we’ll have to re-negotiate on our many loans as well as applying for a new one), as when the Bank refused him a loan, he visited the AIB bank, secured the loan and got all his family to close the BOI accounts and move them to AIB (all 11 accounts)! When a new manager in the creamery didn’t have him any discount when he was paying his sizeable bill, he paid it in full but never gave them that business again. We have acted in a similar way to some businesses in our 13 years of farming too.

There’s interesting facts that we tend to forget. For example, did you know that it was only 1976 that all farmers had to pay income tax? Before then, it sounds like it was very lax regarding purchases and sales and payment of taxes. I must ask my dad more about that. 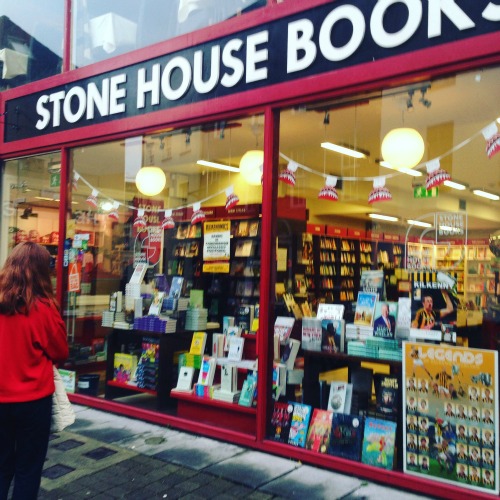 A Life Devoted To Farming is a charming read. It’s self-published and well written. I did get a bit confused occasionally re the chronology which a tighter edit could have helped with but it’s definitely a good read for anyone interested in farming from the past and wanting to learn about one man’s life. I’m not sure how many shops it is stocked in but it’s definitely in Stone House Books in Kilkenny.

4 thoughts on “Book Review: A Life Devoted To Farming”