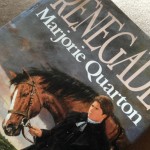 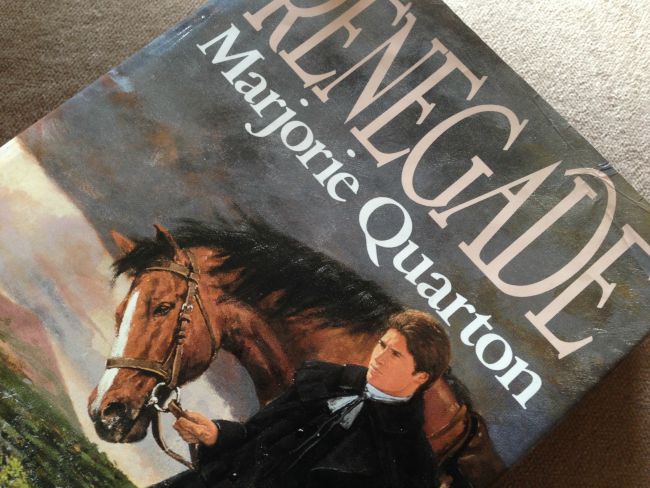 Renegade is a historical novel. It looks back to 1788 when young Henry Fulton entered Trinity College. He seems reckless as he agrees to a duel and then falls in love perhaps impetuously. He becomes a Church of Ireland clergyman, meets with Wolfe Tone and is immediately impressed by him and joins the Society of United Irishmen.  Wolfe Tone certainly seems to have a compelling and magnetic personality. The stories of how those people were captured in this revolution and how they were treated makes for interesting reading as does the growing distrust between neighbours. The representation of Anne’s (the love of Henry’s life) maiden aunts was interesting too – romantic rebels in their own way.

Henry got married and had young children while working as a vicar in Tipperary. Working with a Catholic priest in the revolution, then both of them were caught and charged with being revolutionaries. Henry was saved from execution by petitions and influential contacts but was sentenced to transportation. He spent many months in prison and then aboard the ship before it set sail, fourteen months in total. He was convinced his wife had deserted him and didn’t blame her in the least. What really impressed me was his wife. A free woman, she spent months on the ship with him before it sailed and then spent five years living on the penal colony on Norfolk Island before moving to live in New South Wales. Due to a personality clash with a governor, Henry was impoverished and indeed, wasn’t treated well much of the time. What’s interesting too is the portrayal of Captain Bligh (my only knowledge of Bligh before this was of the Mutiny on the Bounty) and his friendship and support of Fulton. 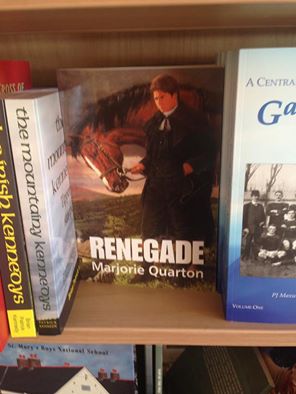 Quarton doesn’t pull any punches. It’s  very clear that surviving transportation was a feat in itself – not just for the Fultons but for many of the women and men sent out there. Between disease, heat, inadequate medical supplies, alcoholic medics and cruel dictators, survival was very much a case of being limited to the strongest and a bit of luck. Her depth of research is thorough too, even finding out that a cloak Fulton was wearing before being captured had a hidden pocket where he secreted important papers and letters.

This is a convincing and exciting historical novel. You will empathise with the main characters and you’ll probably think to yourself that you’d never have survived those conditions. The only thing missing is I would have loved is more information at the end of it, perhaps copies of some of the letters or the petitions signed by his parishioners hoping for his release from prison after his arrest.

Renegade was traditionally published in 1991 and Marjorie has made it available again via independent publishing. It can be purchased from bookshops local to Nenagh in Co. Tipperary, Book Depository and of course, Amazon.