Reading Imen’s column this week in the Irish Country Living of how she feels she is now a proper cowgirl as she ‘stopped a gap’ reminded me of how we used to transport cattle to and from our outfarm years ago.

Our outfarm is about a mile and a half away from the home farm. Calves and cattle are grazed there during the summer. Nowadays, we transport them by cattle trailer as we’d have to cross two main roads and there is just too much traffic on the roads now. 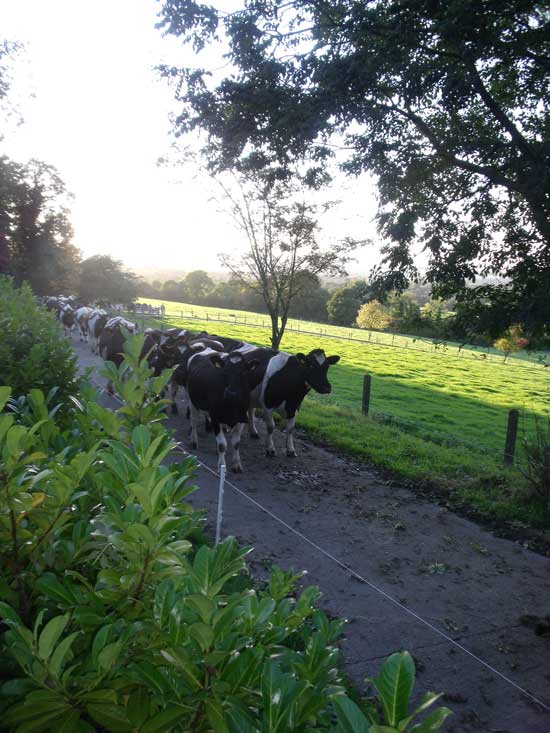 It used to be a bit of a military operation. ?My mum would drive the car in front of the cattle, holding them up along the side road before we got to the main road. ?My father, our workman and my sister and I would run or cycle, 3 of us starting out in front of the cattle stopping those infamous gaps and then as the cattle would pass us, we would have to run past the cattle on one side of the narrow road, trying not to scare them too much in case they jumped over the hedge on the other side of the road and yet trying to ensure they didn’t inadvertedly hit against us! Mostly they would be yearlings so wouldn’t be overly tame nor overly large. ?It usually went calmly enough but there was always the occasional time when a few animals would jump a hedge into a neighbour’s field and then it would be great fun trying to get them out again. ?We never had a good cattle dog either, my dad always claimed that he couldn’t train a dog as they always got spoiled by the children but he didn’t have too much patience either! Our last good dog died when I was 4 and I was 39 when we got our next one! 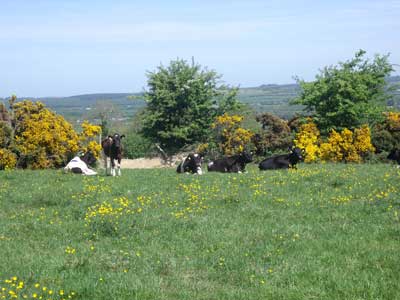 I also remember one of our neighbours who had half an acre and a single cow. The cow used to eat the hedgerows during the day and she used to walk as far as our gate (about half a mile) and then turn around and walk back, grazing as she went. ?It just shows the huge difference in the amount of traffic between now and then.