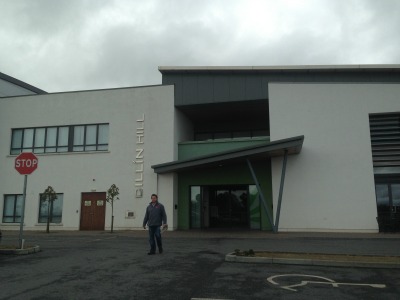 It was a dark, blustery and very unsummerlike day when I arrived at Cillin Hill mart for our #farmerettes tweet up. Organised some 2 months ago, the idea came from a couple of tweets and as always with determined and enthusiastic women, the date and venue was decided as the number of female farmers on twitter who wished to meet each other became 9. ?Nine usernames were taking up too much space to ?in tweets to each other so we started using the hashtag ? farmerettes to tweet suggestions to each other as well as sharing photos, ideas and asking questions of each other. 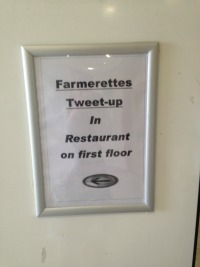 Farmers engaging in a tweet up is still pretty unusual in Ireland, partly because the proportion of farmers tweeting is still pretty low let alone any of us arranging to meet up yet I was surprised when Louise Denvir from RTE Countrywide ?contacted me with a view of covering our tweetup and finding out why we thought farmers should be engaging in social media.

The day consisted of a lovely meal with rib eye steak provided by Piementese Beef, lots and lots of chat, some tweeting and some interviews then by Irish Country Living and RTE Countrywide. ?The mart has a lovely dining room upstairs and is perfect if you have a communion, christening, confirmation type of event coming up. 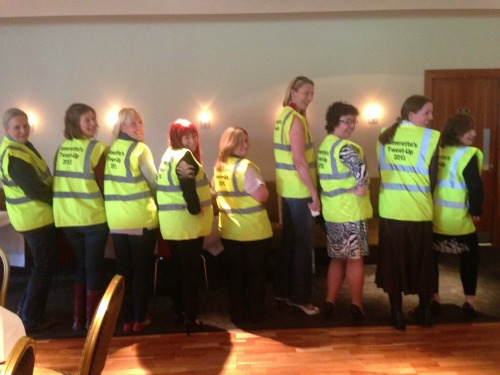 I had met 3 of the others before, some hadn’t met any of us and we got on great. That’s the beauty of twitter, you chat so much that you reveal your personality and people get to know each other before they even meet up so there wasn’t one embarrassing silence – we just talked and talked! ?Lots of topics were covered (in chat and in interviews) such as the fodder crisis, the benefits of social media for farmers, our different types of farming, food production, the cooking of food, the representation of women in farming and why we chose to use the hashtag farmerettes as well as Elaine and I using ‘farmerette’ in the names of our blogs.

One or two didn’t like the term farmerettes, preferring female farmer or woman farmer. The point was made that we don’t have ‘doctorette’, ‘solicitorette’ ?and that by using ‘farmerette’ we are exacerbating the glass ceiling and suggesting we aren’t serious farmers etc and I agree – but only to an extent! I chose the name ‘farmerette’ for my blog to reflect the fact that I am female and yes, I felt it also reflected that I am a part time farmer and a bit of a fair weather one at that. It’s my husband that puts in the 17 hour days and does all the nitty gritty. ? Elaine said that as she is a full time farmer, getting mucky and wearing jeans and wellies, she likes to wear ?a little make up and feel like a woman while working on the farm for six and a half days a week. 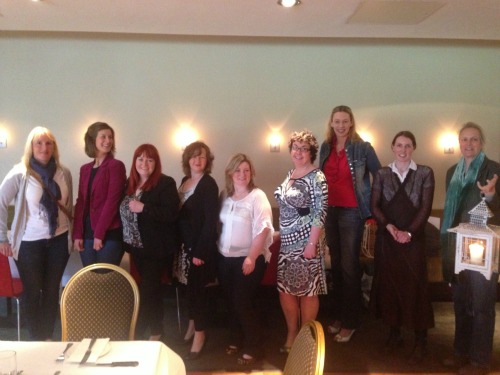 We chose #farmerettes for a bit of fun not to make any grand statement but when I started to think about it, the term farmer still has the connotations of being male. At long last, people realise that a doctor is male or female but I don’t believe it is the same for a farmer. ?Using the term ‘farmerette’ isn’t serving to exacerbate that, but instead it highlights it. There are women farmers out there, just as there have been for generations. ?There have been women who kept farms going. There’s many the farming couple of whom the man brought the milk to the creamery, the cattle to the mart, collected the cheques and many went to the pub. The wife was often at the farm looking after children, milking the cows, feeding calves, washing out milk churns or tanks, collecting and washing eggs, cooking meals and often waiting for handouts, not having her own name on the chequebook. Without such strong women, the farm just wouldn’t have kept going. When I was a teenager, my dad wasn’t at all keen on me learning how to milk the cows – not because he didn’t think that women couldn’t or shouldn’t but because he felt that women had to work hard enough and there should be no reason for a wife to milk the cows, it might be different if the husband was in cooking the dinner rather than sitting in an armchair or in the pub!

Yet, despite all their hard work for generations, women have been underrepresented in farming really. Features such as ‘My Farming Week’ in Irish Country Living and the increase in the number of female vets shows that there are many women involved in animal husbandry but I still think we’ve a way to go before a farmer is mentioned without people automatically thinking of a man. Perhaps the term ‘farmerette’ needs to be used for a while still and highlight this. Maybe it won’t be too long till farmer has connotations for both sexes. I like the way the Canadians emphasise the HER in RancHERS for females 🙂 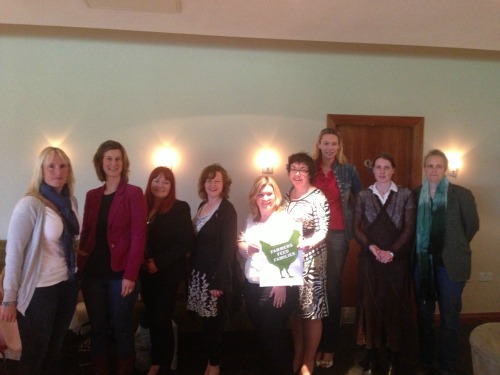 Why the chicken logo? It belongs to Farmers Feed Families – you can check them out here and I’ll do a post soon on their progress of highlighting the work of farmers to non farming folk.

Anyway, these #farmerettes / female farmers / women farmers / farmers had a great time meeting each other for the first time and we’re looking forward to the next tweet up 🙂