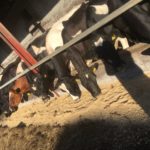 We’re still in a drought situation. Okay, it’s nothing like New South Wales in Australia where the situation is incredibly dire and the earth is brown. However, this is Ireland, the Emerald Isle, where rain is usually never far away and we’re accustomed to rain either spilling, pouring, lashing or spitting at us. The fields have greened up but we’re in a ‘green drought’ whereby the grass just isn’t growing enough to meet demand.

There has been plenty of rain in north and west of the country, their problem now is getting a few dry days to cut their late second cut of silage. Grass has grown well, some are even baling silage from surplus grass on the milking platforms. Parts of the South East have got steady rain for a whole day but for most of us, it’s been occasional scattered showers which just don’t last long enough. I feel like I’ve spent my life hoping we escape isolated showers and now we’re hoping we get every single one of them. Some parts of Carlow, Wexford and Tipperary have had exceptionally little rain since the beginning of June.

Calves grazing during a ‘green drought’

We walked our silage fields today. The other day, we fenced part of one silage field to let 80 calves in to graze it. They have eaten a lot and it looks like we’ll have to give them the rest of the field. We have 45 acres then for silage but it’s still not heavy enough to harvest for pit silage. If we have to bale it, it’s probably going to yield about 4 bales an acre. Some sections are growing well, some (the banky parts of the fields) are very bare.

What does this mean for the winter? Well, we only have about two-thirds of our silage requirements. We put new concrete floors in the silos in the outfarm this spring and because cattle were in for so long, it was done a month later than originally planned. They needed six weeks to cure properly so we didn’t put first cut silage there. We normally winter 100 weanlings over there, using a self feed barrier so it’s fairly low maintenance as well as not requiring much time. However, if we have to feed them bales this year, it’s going to add a lot of extra hours over the few months.

Some farmers have fed a significant proportion of their first cut of silage which, to be honest, would just scare the living daylights out of me. They are stretching it as much as they can by also feeding concentrates and imported alfalfa hay. They are buying maize or whole-crop wheat in the field. The costs of this drought are just going up and up.  To be honest, we haven’t calculated it yet but a ballpark figure is probably at least €30K and probably closer to €40K or higher. There’s the cost of buying in feed but there’s also the hidden costs such as the cost of lost embryos (cows calving down perhaps 2 months later) and probably a lack of thrive amongst cattle. They aren’t hungry but they aren’t growing like they would if the grass was more plentiful and of better quality. Anyway, there’s no point in worrying about it, it is what it is and all we can do is keep tabs on cashflow. Michael Creed, the Minister of Agriculture, announced that €4.25 million has been allocated to pay for transport costs of imported fodder. There seems to be recognition eventually that there just isn’t going to be enough fodder in the country this winter.

We stopped supplementing the cows with bales of silage and soya hulls three weeks ago – after seven weeks of supplementation. Rain was falling, more was forecast and the grass was growing. Unfortunately, the rainfall just kept disappearing from the forecast again so we’ve had to start buffering again. This time though, we’re only buffering with soya hulls, for a few reasons. 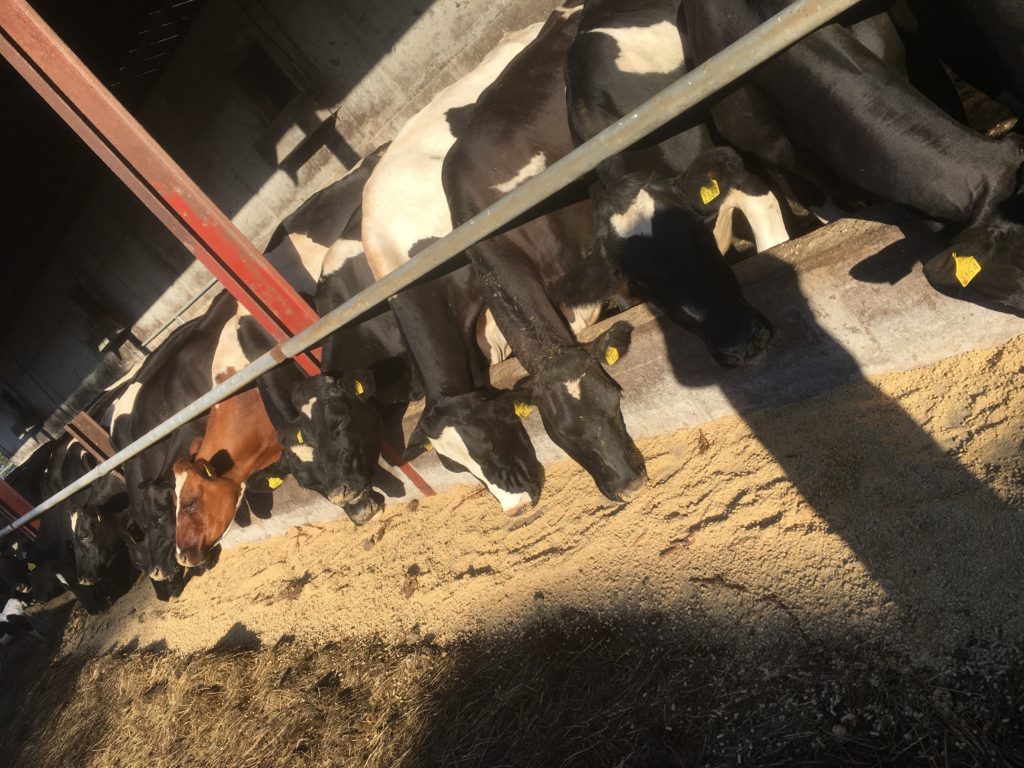 We might be in dire need of the silage bales later in the year, at least the cows have grass in their diet at the moment. But the silage also put the cows in a bad mood in the milking parlour. Some farmers fed their cows silage in the fields using a strip wire but as we had some grass for them to graze and enough feeding space in the yard, we let them eat just before the evening milking. This was fine when they were only eating a couple of bales between them all but when it increased to five bales plus the soya, it wasn’t pretty. They were full and fat coming into the parlour. It was so warm they were hot and bothered. They wanted to go and lie down on cool grass  and chew their cud, not queue up and be milked. And what do irritated and full cows do? They poo and poo and poo. Forget Armageddon. One night, I declared it to be Shitageddon. Between the heat, having to scrape and hose so many times, not to mention trying to be nimble footed and avoid being shat on, we both earned a beer that evening for sure. So we were very loath to go back to that again. Hopefully, more rain will fall, grass growth will increase and we can stop buffering again full stop.

It really is incredible that although Ireland is such a small country, there are pockets of counties in the South-East that have had very little rain and are still in a drought situation. Even the blackberries are dry and wizened in some hedges and in others, they are juicy and luscious. The wetter fields are also growing good mushrooms but some fields where we always harvest mushrooms are just too dry as yet. Rain has come this week and I’m looking out the window at a heavy shower at the moment. Fingers crossed it will continue. 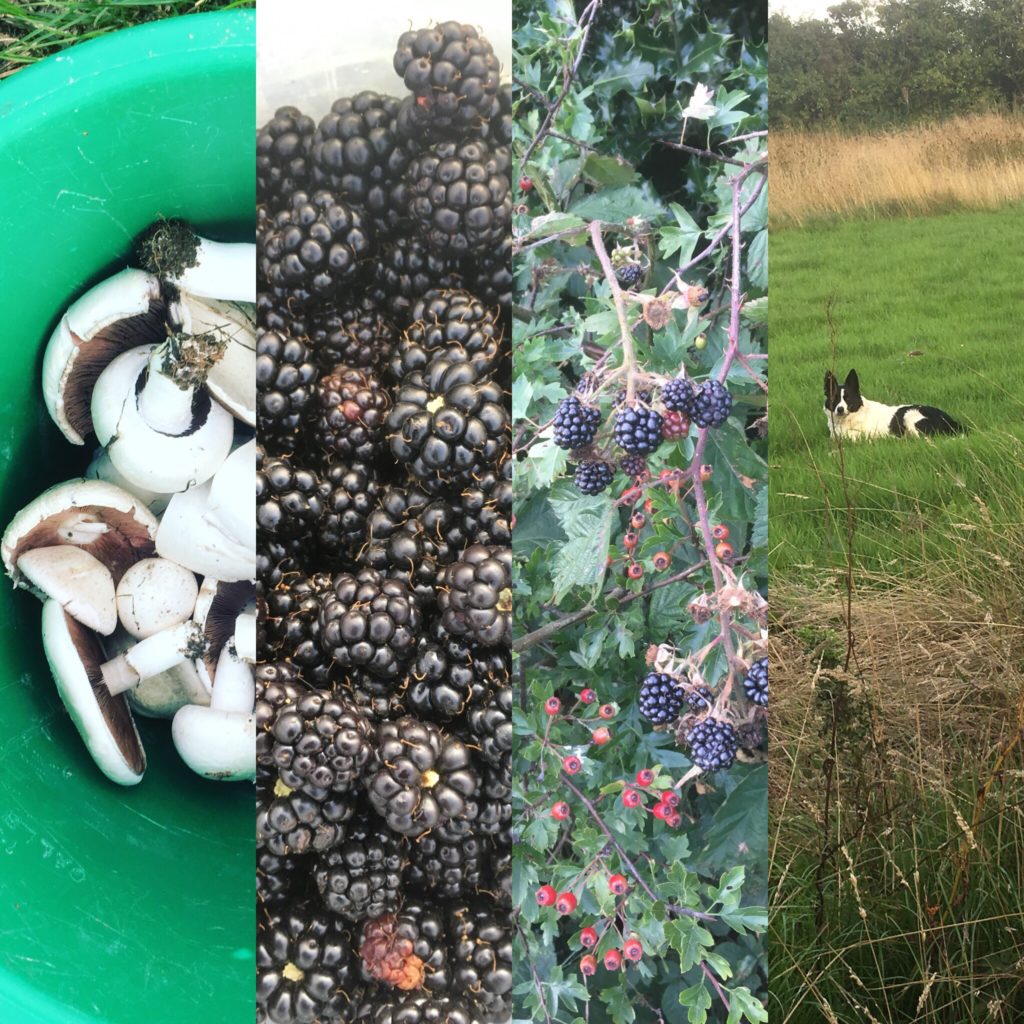 The weather is always a topic of conversation in Ireland, partly because it changes so often and partly because it has such an effect on everything we do. A mild misty day is often referred to as a ‘grand soft day’. I often wondered why ‘grand’ was included in the description, as after all, the mist was still wet enough to count as rain. But after this drought, the pleasure in having a day of soft rain that douses the ground thoroughly and yet is gentle enough so you can hear the grass growing means that I will also be referring to it as ‘grand’. 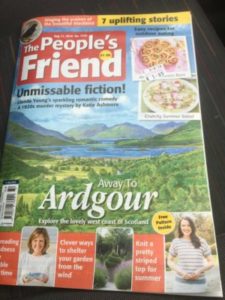 I do feel it’s important that, as food producers, we inform our consumers on how their food is produced and that means sharing the good, the bad and the ugly. I have to say that Twitter followers have been very supportive in their wishes for us to get better growing conditions. I was really pleased to have an article published in The People’s Friend magazine recently – not just because they gave my memoir a lovely mention but it meant that their readers, most of whom I’m presuming aren’t farmers, are now more informed on how the weather conditions are affecting farmers and the production of food. 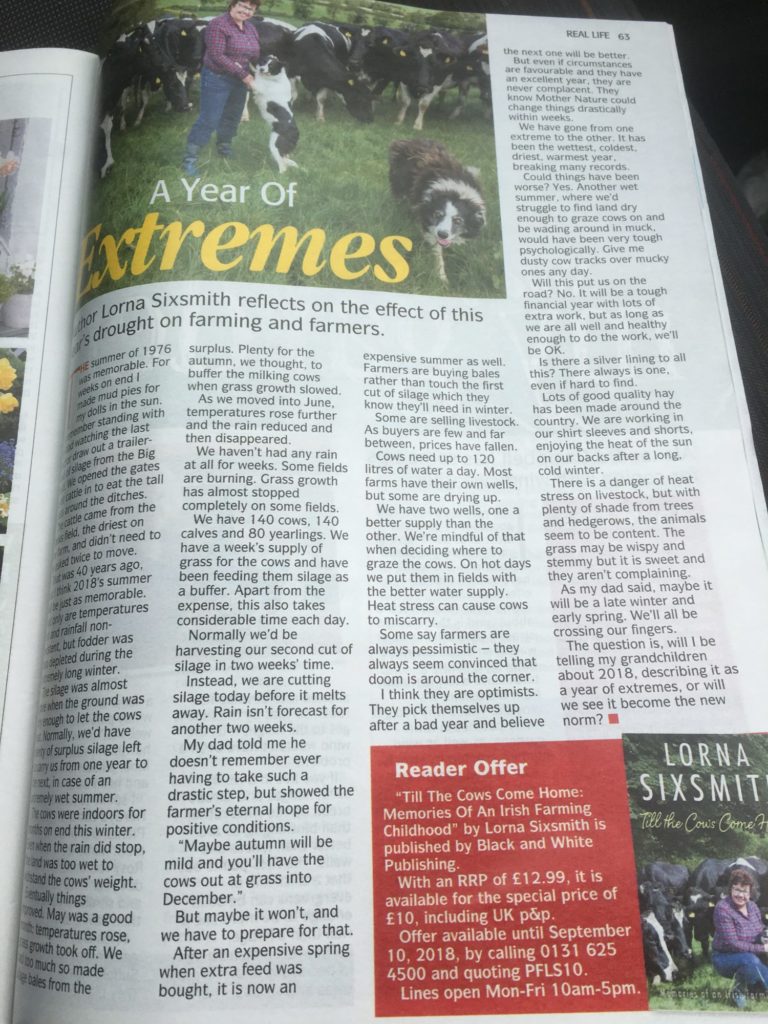 If you would like to read more about our farm and its surroundings in Co. Laois, I recently wrote an article for Trip Fiction, a website which focuses on various location settings for books, and it offers a snapshot of what my memoir Till the Cows Come Home is like too.

2 thoughts on “There’s still Drought in the South East”