Have you heard of the @tweetingfarmers yet? Created by the Farmers Feed Families team and on the premise that we eat three times a day due to the work that farmers do so let’s find out more about where our food comes from, how it is created, the daily lives and work of the farmers, the price they get for their produce and everything else that farmers are willing to share with their consumers. 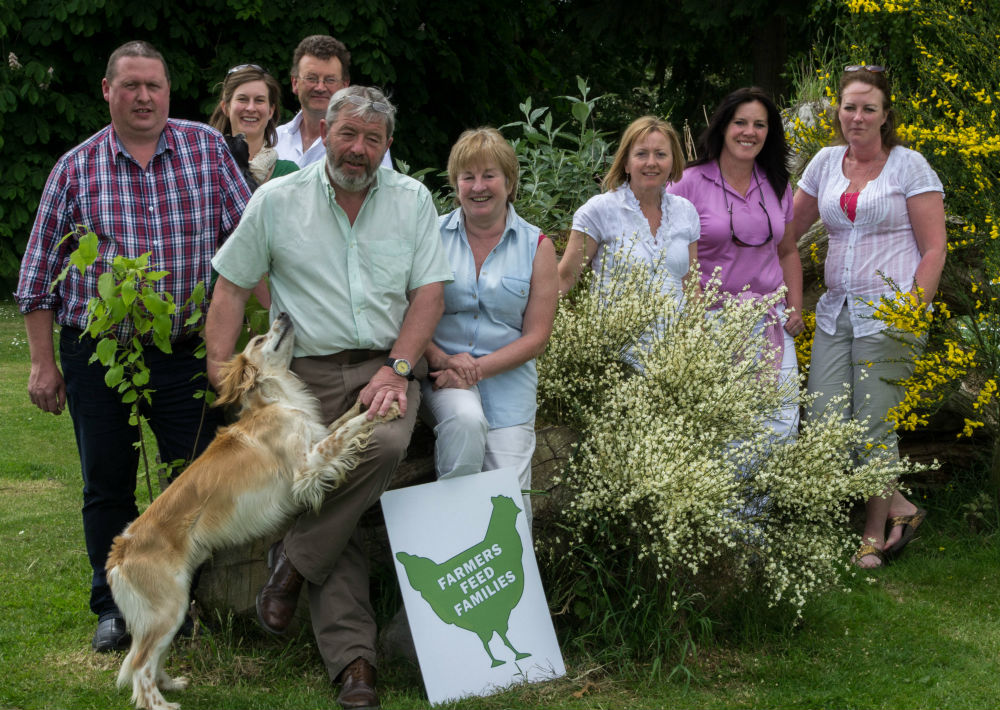 The twitter account is curated by a different farmer each week. I was curating for it this week and next week is Margaret of Oldfarm, where the launch for Tweeting Farmers was held last week. You can listen to the Countrywide interview with farmers at the launch here.

I’ve been tweeting for the twitter account for the last week and I’ve really enjoyed it. ?It did make me extra busy though and as it happened, I was away from the farm for 2 days on social media business but I managed to take some vine videos of bales being wrapped and brought to the shed, photos of cows being brought in and our dog hard at work. I’d actually love to do it again when the cows are calving – maybe I’ll apply to do the @ireland account for that! ?It is time consuming so be prepared to spend some time devoted to taking photos, tweeting and replying to tweets.

The guidelines stipulate that the tweeting farmer must tweet about his or her farm life and into this, I read not to be too salesy. However, as I was tweeting from a different account, I tweeted out a link to my ‘Advice to those thinking of marrying a farmer’ post which is my most popular post thinking it might be enjoyed by a few. ?The account doesn’t have huge followers as yet so I wasn’t expecting much response. It was retweeted a few times and I got a few tweets back as replies and didn’t think any more of it. The next day I happened to look at my stats and I thought I was looking at the wrong account. My stats are usually around 100 a day on the days I don’t post and get a spike on the days I do post but rarely go above 250. I don’t try to sell the blog as such, I tweet a link, put it on facebook and pin it and that’s about it. ?I don’t try to ensure that highly searched keywords are used as this blog is fun and I do enough of that for work.

The views the day before were just over one thousand and as I looked, the views that day were just over 2,000. What was going on? Comments were coming in and people sounded like they were liking the post. This is just a wordpress hosted blog so it isn’t set up for google analytics but I could see that most of the traffic was coming via Facebook so it was obviously being shared there. 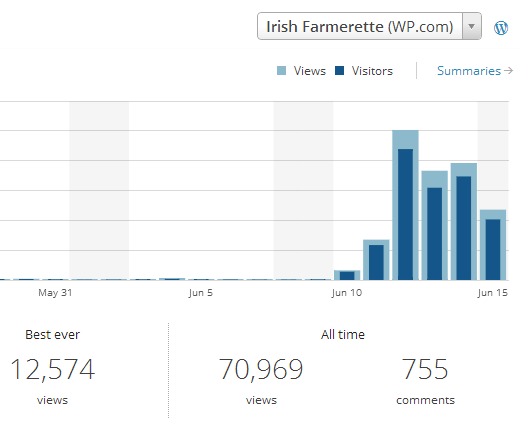 This was an unexpected twist to curating for the account this week! ?Other benefits though include telling people about your farm, replying to their questions, seeing their appreciation of enjoying your humour and your photos.

If you are an Irish farmer and you would like to tweet for a week to let all the followers know what life is like on your farm and educate others as to how food is produced here in Ireland, the reasons for the CAP payment, the quality of our lamb, beef and milk etc, do get in contact with Farmers Feed Families.