I’m not a huge fan of cats but I do like them on the farm. They get fed on dog food, scraps and milk and they forage for vermin and birds! Here’s two of our latest feral cats that Brian managed to snap when they were sitting on a lime bag – pity it is out of focus but photos of cats are rare here! 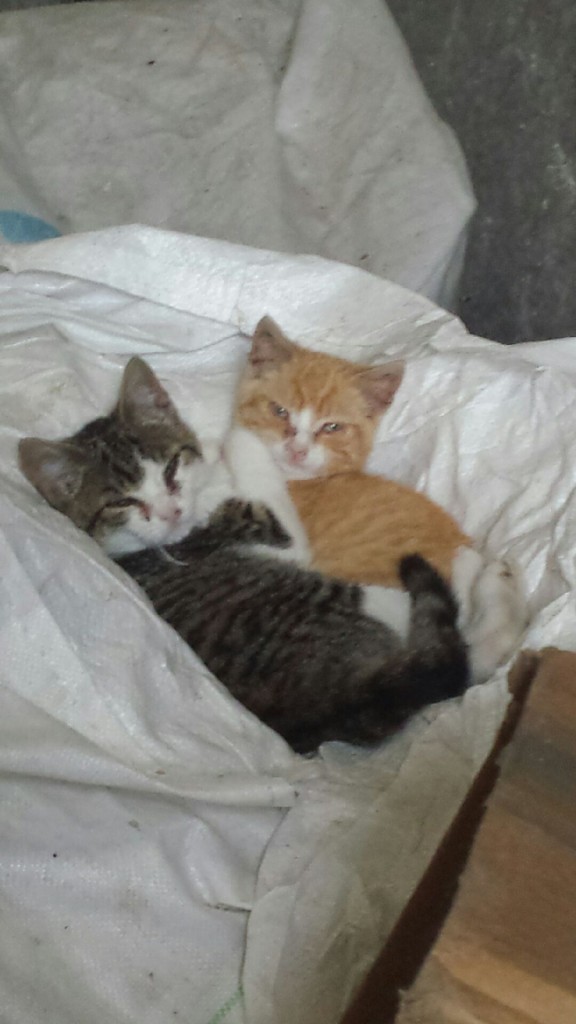 Their father / great grandfather (all very incestuous with feral cats!) died about a week ago. When he first came here about 8 years ago, he was terrified of another black tom cat. I used to feel sorry for him and fed him at the back door, sometimes standing there while he ate as if he saw the black cat appearing he would run like the wind. He has fathered many ginger kittens, some of which died young, some departed as they were toms too and some which are still here. He would disappear at times and then re-appear. ?The black cat disappeared so he reigned supreme for quite a few years. For the last month, he’s been looking very thin even though we were feeding him protein, he was hanging around the back door a lot which was a pain in the ass as I invariably fell over him and he was sleeping a lot so we knew his time wasn’t long. He was at least 10 or 11 which I guess is a good age for a feral cat.