Have you heard about the cap reforms and wondered what it is all about? As you might have seen on last night’s news, 5,000 farmers travelled to Cork to protest outside Coveney’s office yesterday. We didn’t go – Brian because he had to milk etc, even on a Sunday, his ‘essential work’ takes 5 hours in the morning and up to 4 hours in the evening and that’s with me feeding the calves which still takes me 45-70 min per session depending on if there are newborns or not. 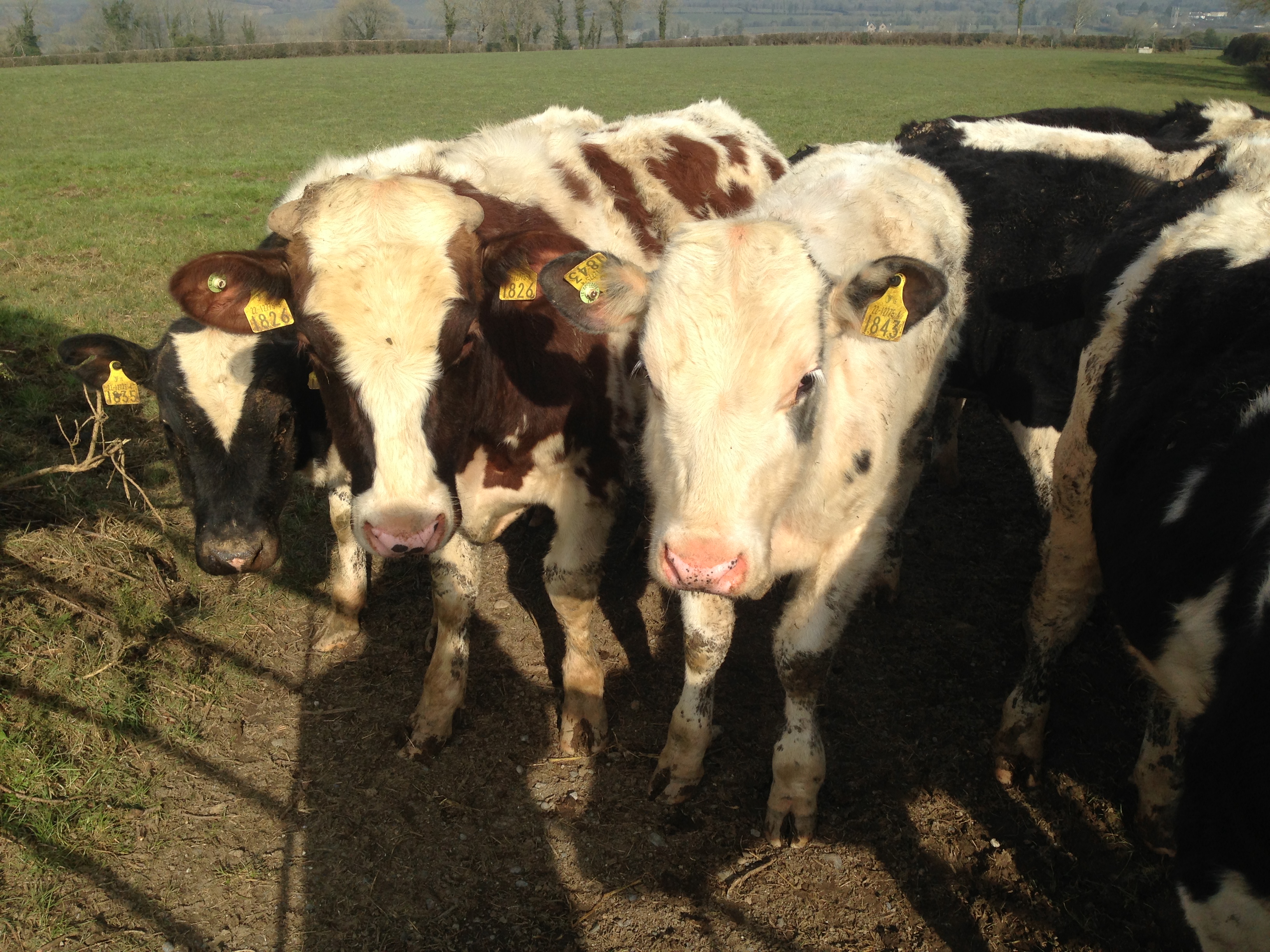 I’m far from being an expert on it all but basically, the Single Farm Payment which is paid to farmers, is based on a historical record on 3 previous years, hence some farmers get a large payment per hectare and new farmers / hobby farmers / those who have bought land with no entitlements, haven’t been getting any SFP. The proposals are to reform them and there’s up to 7,500 farmers who will get payments who weren’t getting them before. However, the money for those farmers has to come from somewhere – namely many of the other farmers. ?While there are a few farmers getting huge SFP (and seemingly ridiculously huge) payments in excess of ?100,000, they are in the minority. ?One proposal is that all farmers will get a base ?190 per hectare which will be a big dip for many suckler farmers who can get ?approx ?500 per hectare.

Many dairy farmers (including us) will be hit if this goes ahead. However, it is the suckler farmers who will be mostly hit as they tend to have larger payments per hectare. What this emphasises though is that food (lamb, beef etc) cannot be produced at what the market is paying. Farmers can’t survive on the relatively low price they get for their animals in comparison to what they pay out in fertiliser, feed, fixed and variable costs. ?I look at our income and expenditure and bearing in mind that we get the milk from the cow as well as the calf and I wonder how a suckler farmer who has to keep the cow all year and only has the calf, can make a healthy profit. Okay, his/her suckler breed will kill out better in the factory but it is still a big ask for a suckler cow. ?Despite the fact that cheaper horsemeat (apparently worth ?600 per ton in comparison to something like ?4000 per ton for beef) has been sold as beef, it seems as though beef is too expensive for the middleman and the consumer and yet cannot be produced cheaply. But that’s another debate!

When the SFP was first introduced (replacing the previous system), the Farmers Journal and other publications were full of how farmers should be saving the payments or using them for investments – as though they were an additional payment that was in some way surplus to requirements. ?What became apparent, however, was that most farmers needed the SFP to survive, to meet bank payments, to pay food bills – to the extent that after a summer of bad weather, there was a call to make half the payment in October rather than all in December to alleviate hardship and it has stayed that way since.

Taking the bulk of a progressive farmer’s SFP payment isn’t going to help matters at all – particularly when the supermarkets are squeezing their suppliers and consumers are unwilling or unable to pay more for their food. ?There does seem to be something wrong in the ‘state of Denmark’ though when some farmers need payments of over ?50,000 to run a profitable business. But then, I can remember my father getting payments of ?800-?1000 punts for fat steers in the 80s, now a fat Friesien steer would probably get an average of ?1200-?1300 (our bulls were between ?1500-1700) so allowing for inflation and the difference in currency, you can see that farmers get a lot less now for their animals than they did, not to mention the increased cost of feed etc. And that is the state of affairs – if these farmers, most of whom are progressive, are cut by tens of thousands, and can’t maintain their farming business sufficiently then – what will happen? ? Will consumers agree to spending more in the butchers or the supermarkets though?!! Coveney will have to make a decision soon.